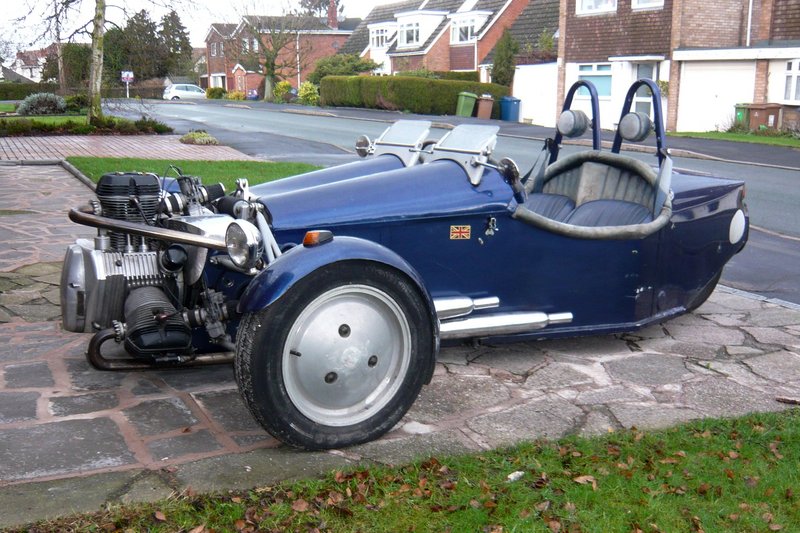 Known as the 'Tarkus' tricycle, the three-wheeler was auctioned at Bonhams' "Sale of Important Pioneer, Vintage and Collectors' Motorcycles" in April ...
The motorcycle-engined Morgan three-wheelers have inspired a host of imitators, both faithful and otherwise, but one of the more unique takes on the bike-engined car was recently auctioned in the UK through Bonhams.

Known as the 'Tarkus' tricycle, the three-wheeler was auctioned at Bonhams' "Sale of Important Pioneer, Vintage and Collectors' Motorcycles" in April, but the build of this eye-catcher dates back to 1997, and is the handiwork of Jake Challenger, a retired mechanical engineer in the UK.

While the 'car' component of the Tarkus is somewhat conventional, at least for a three-wheeled cyclecar, it's at the front where things get interesting. Rather than the usual vee or flat twin engine common to these types of vehicles, Challenger created a three-cylinder 'radial' engine, using cylinder heads, barrels and pistons from BMW R100 motorcycles. The bottom end is all Challenger's own work, featuring a unique crankcase, crankshaft and conrods. Combined capacity from the three cylinders is reported as being 1470cc.

Obviously, the extra grunt delivered by the extra cylinder means the Tarkus is quite quick, but actual top speed or 0-100kph sprint times were not listed in the Bonhams auction catalogue. However, given its light weight and multi-cylinder power, we'd expect it to be scarily quick! Challenger himself described most three-wheelers as underpowered, which explains some of the thinking behind this machine! Perhaps more interesting is the fact that the Tarkus is also front-wheel-drive.

The transmission for the Tarkus comes from a Citroen GS, as do the 15-inch wheels. The front disc brakes are also Citroen-sourced and mounted inboard, while the front suspension is a complex mix of hand-made uprights, with equal-length wishbones, a pair of horizontally-mounted Honda shock absorbers and Watts linkage, all of which is fully adjustable. At the back, Tarkus uses a motorcycle-style single-sided swingarm, and like the front, also features a disc brake.

The monocoque bodywork is described as being fabricated from an epoxy-bonded aircraft-alloy honeycomb composite. The interior has been comprehensively trimmed in leather, including side pockets in the monocoque tub, a padded dash and entry points.

Additional research by JUST CARS reveals that Challenger covered over 25,000 miles in this particular vehicle, both in the UK and abroad, before putting it up for auction with Bonhams. Challenger has also built a number of other unique three-wheelers in the past. Some used Citroen horizontal twins, while another, referred to as 'Magma', was built in a v-twin configuration, using top ends from a pair of Weslake 500 engines more commonly found on speedway motorcycles. These were fitted to a bottom end of Challenger's own design and manufacture, as per the three-cylinder Tarkus.

One of the bargains of the Stafford auction, where the top selling motorcycle made AU$380K, the Tarkus tricycle sold for only $2,875 (AU$4,600 approx.), including buyer's premium. A clearance rate of 87 percent and total sales of $2.2 million (AU$3.52m) saw Bonhams' 2012 Stafford auction judged one of their best ever.

If you're wondering where 'Tarkus' comes from, it's the name of an Emerson, Lake and Palmer song from the prog rock outfit's second album. 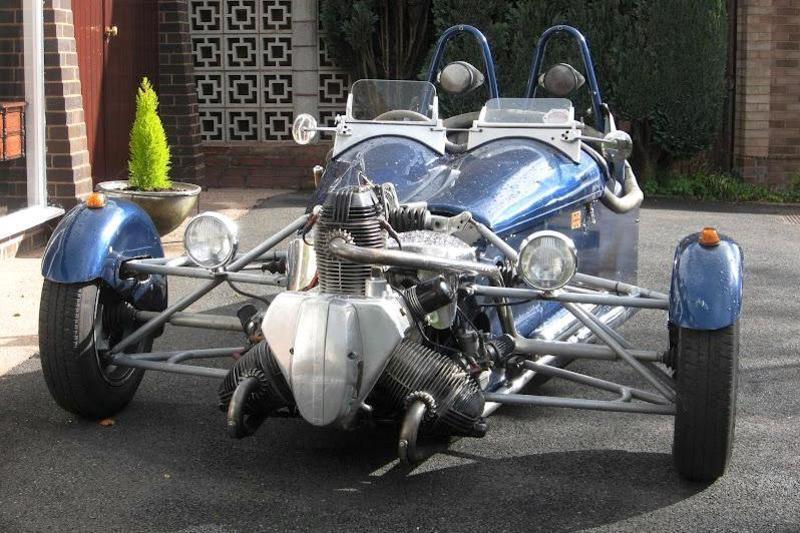 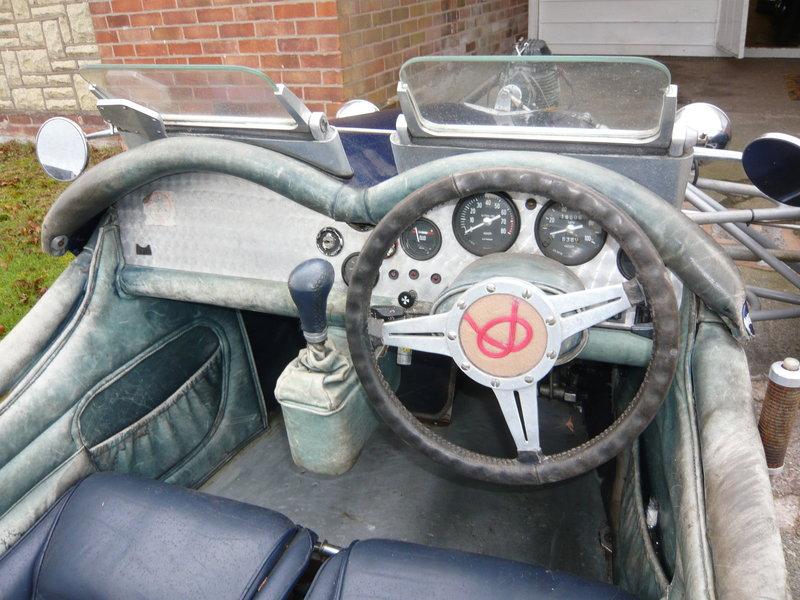 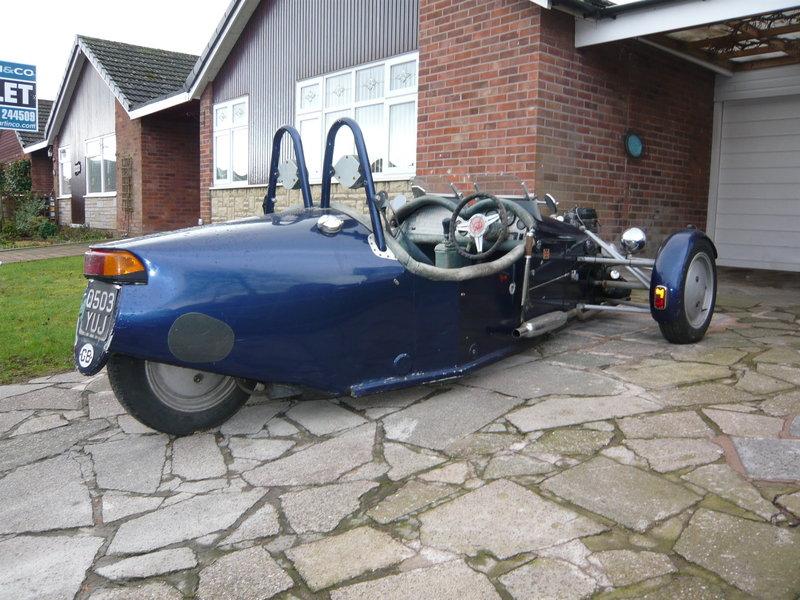 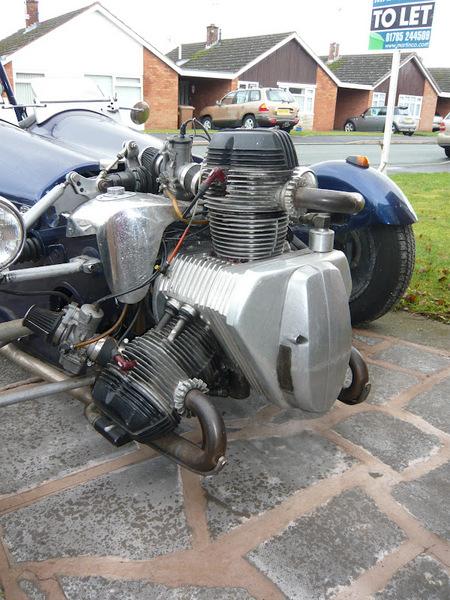 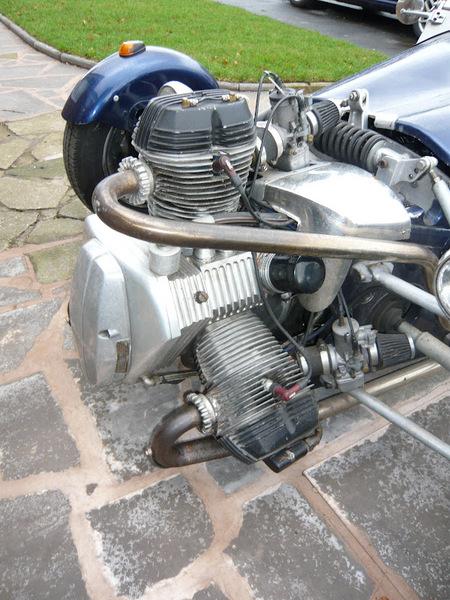