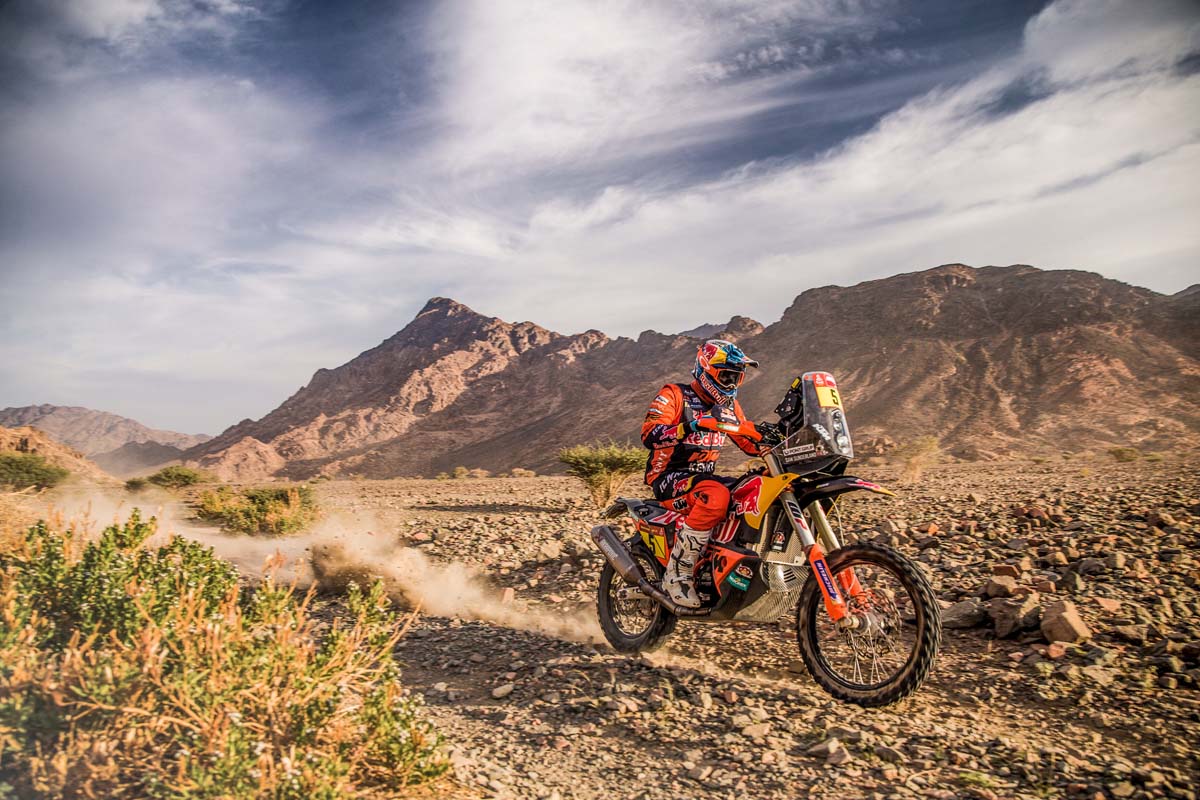 With less than a minute separating the top two riders, the Dakar was still alive going into the penultimate stage, which had been reduced in length but still featured a brutal 464km timed special.

Brabec led the field out and paid the price, making the same navigation mistakes as those who had opened the previous ten stages.

Eventually finishing sixth on the stage, Brabec lost the overall runner-up slot to Sam Sunderland, who produced his first stage win for 2021. 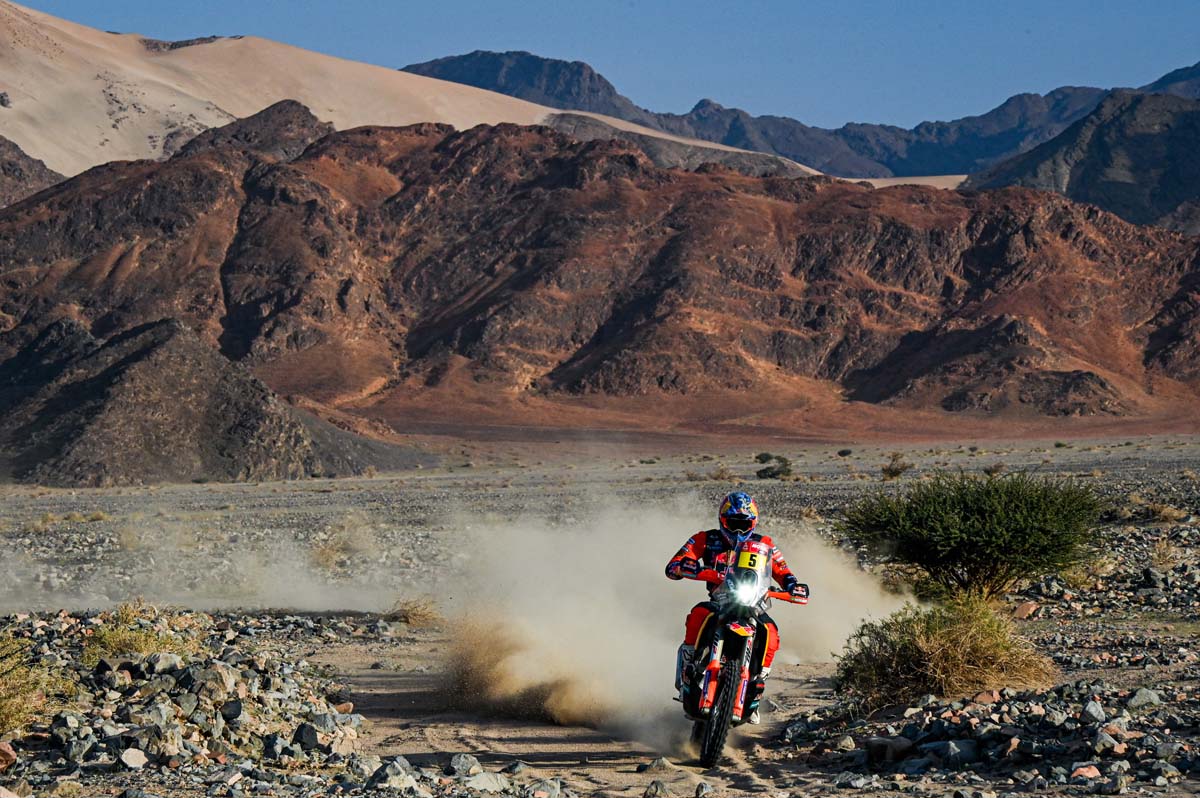 “I gave my all today – I knew this stage would be one of the best chances I had to make up time on the guys in front,” Sunderland said. “It’s great to win the stage, but it means I have to open for the last day, which will be hard.”

Citing the effects of a crash two days earlier, Barreda missed a refuelling stop, ran out of fuel and eventually retired on this stage.

So, with a four-minute lead and the – generally – ceremonial final stage to go, it appeared that Benavides would win his first Dakar. Or would he? 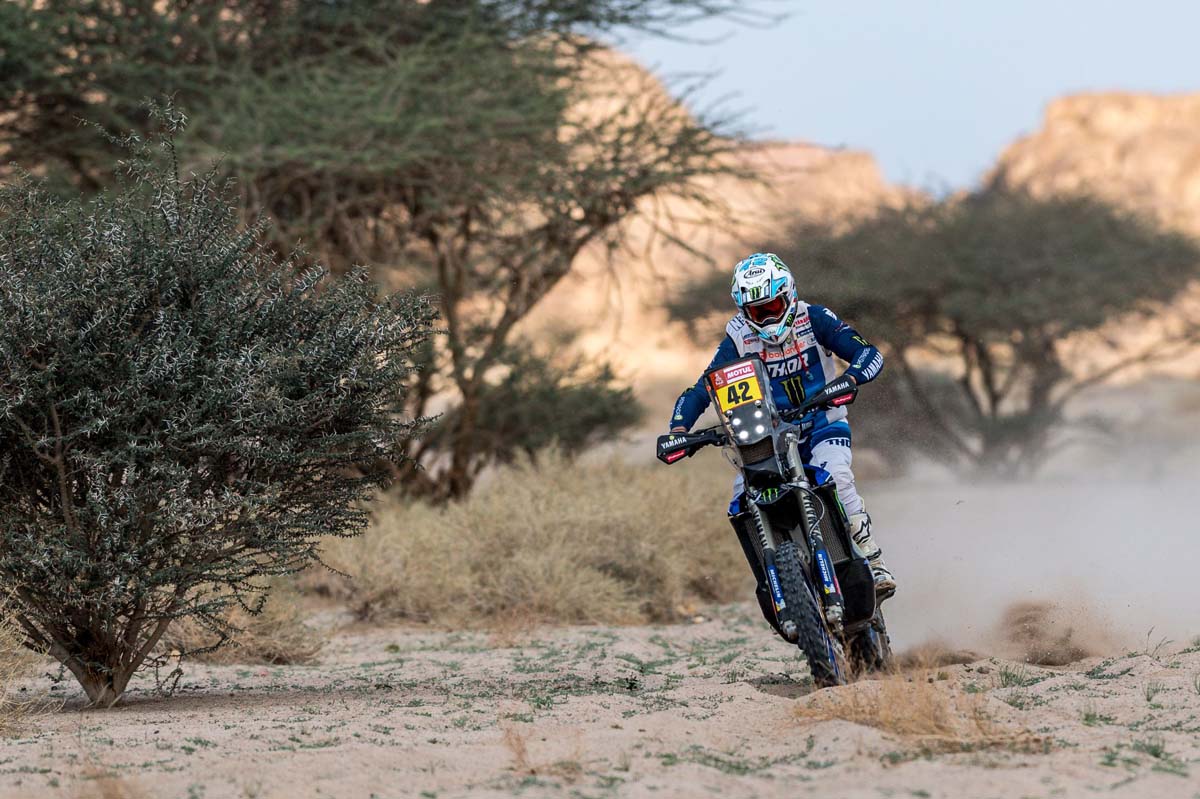 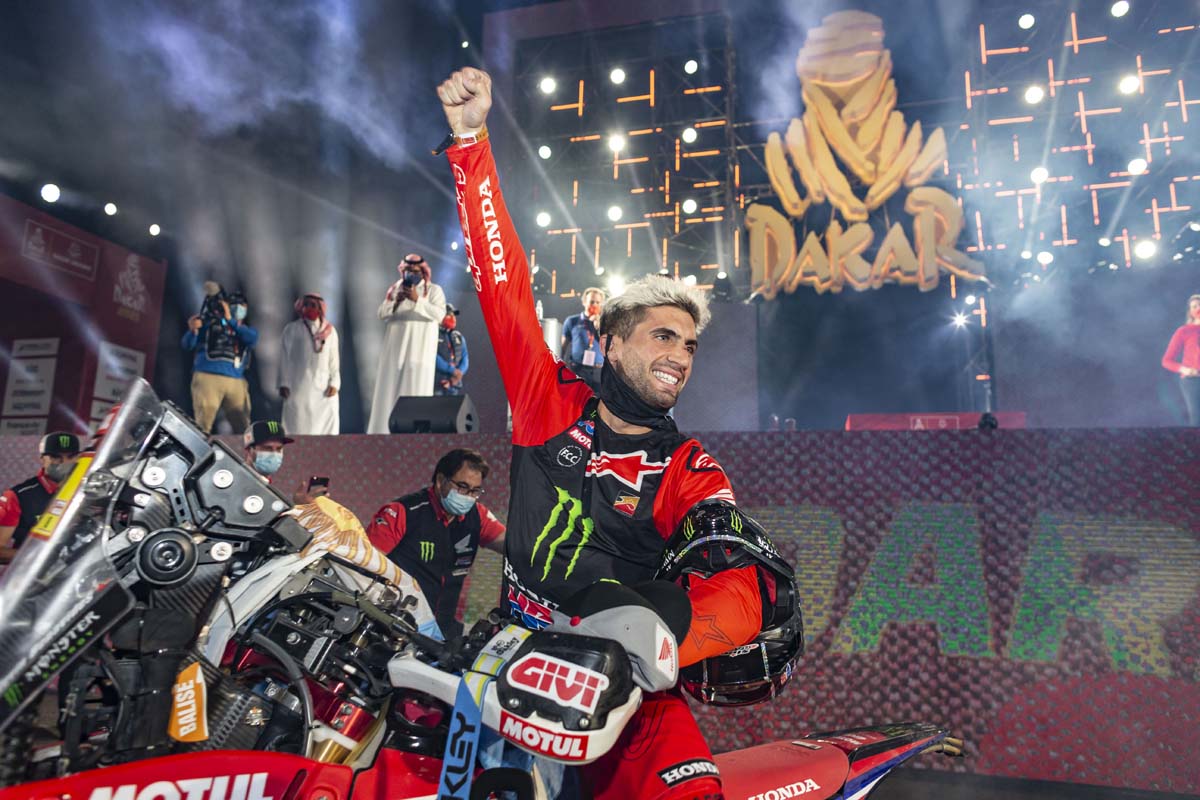 The curse of the lead-off rider struck again on the final stage, with Sunderland missing a waypoint and losing almost 10 minutes. Sunderland’s team mate Walkner was left to ponder what might have been. Without the technical problem he incurred on Stage 2, the Austrian would have certainly been in podium contention. As it was, he still finished ninth overall.

Yamaha’s hard luck story at Dakar continued in 2021, with all five factory riders failing to finish due to crashes and mechanical issues. On Stage 10, van Beveren had taken a new engine - and the time penalty that comes with it – but that engine died, too, leaving the Frenchman with the unenviable record of four retirements in the past four Dakars.

As with the 2020 Dakar, it was all about Honda again in 2021, particularly Kevin Benavides, who took the win.

The victory was no certainty, though, with the Argentine rider opening the track after riders ahead got lost.

“I gave everything to achieve this win which is a dream come true for me," Benavides said. "I crossed the finish-line thinking about many things, with great emotions... Paulo Gonçalves [who died on the Dakar last year] also crossed with me... It was a great moment. I am really pleased and I’m living this moment.

“I want to thank the whole team, starting with my mechanics, for the great job they have all done this difficult year. Thanks also to Honda for giving us such a great bike which made it possible to achieve the dream.” 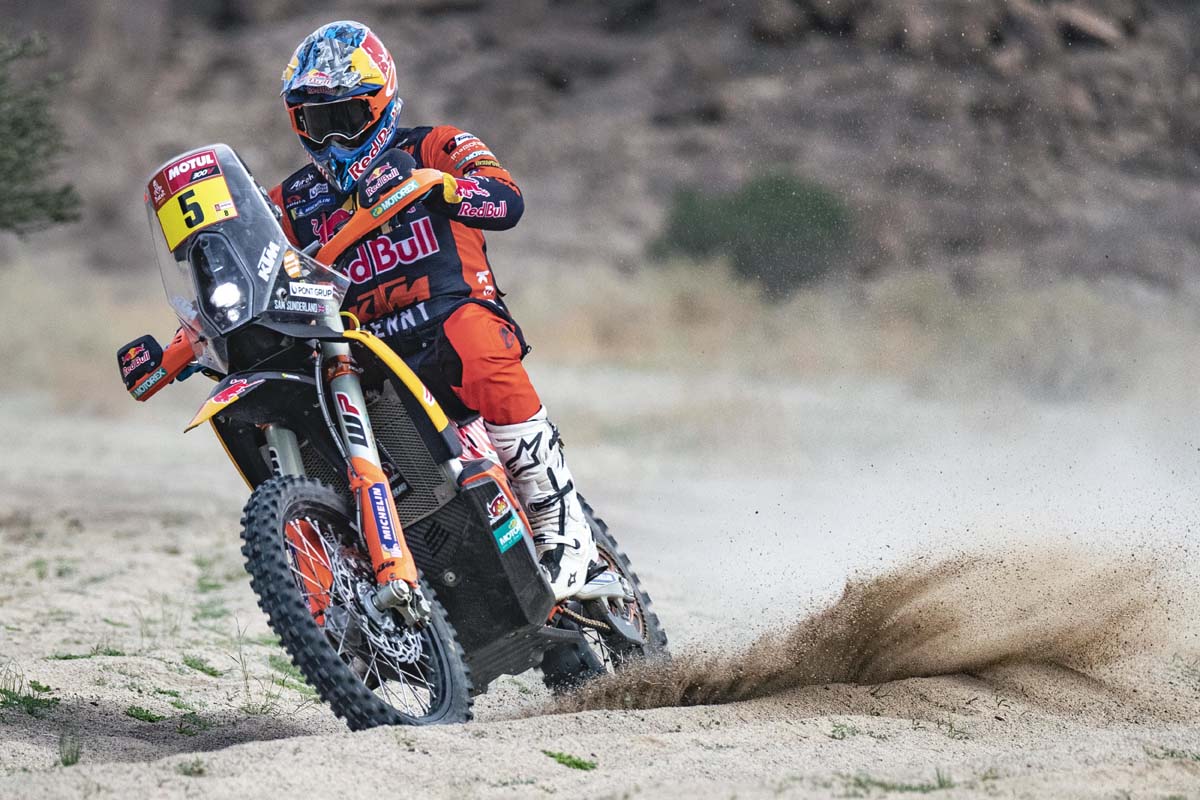 Off the podium, the story of the rally was Daniel Sanders, who easily won the rookie category and proved he’s a fast learner when it comes to rally raid competition.

“All-in-all it’s been a pretty perfect first Dakar for me,” Sanders enthused. “It started off with a good Prologue and then day-by-day I learned a little more and gained as much experience as possible. I’m really pleased to come away with fourth overall and as first rookie, so that’s cool.

“I’ve only really spent four months on the KTM rally bike, learning as much as I can, so I can’t thank Jordi [Villadoms, Team Manager] and the whole team enough for all the hard work they have done and the faith they put in me.

“It’s been the toughest race I’ve ever done, but I’m already looking forward to the next one!”

Laia Sanz maintained her perfect record of finishing every Dakar she’s started (now standing at eleven) and was once again the top-placed female rider in 17th overall.