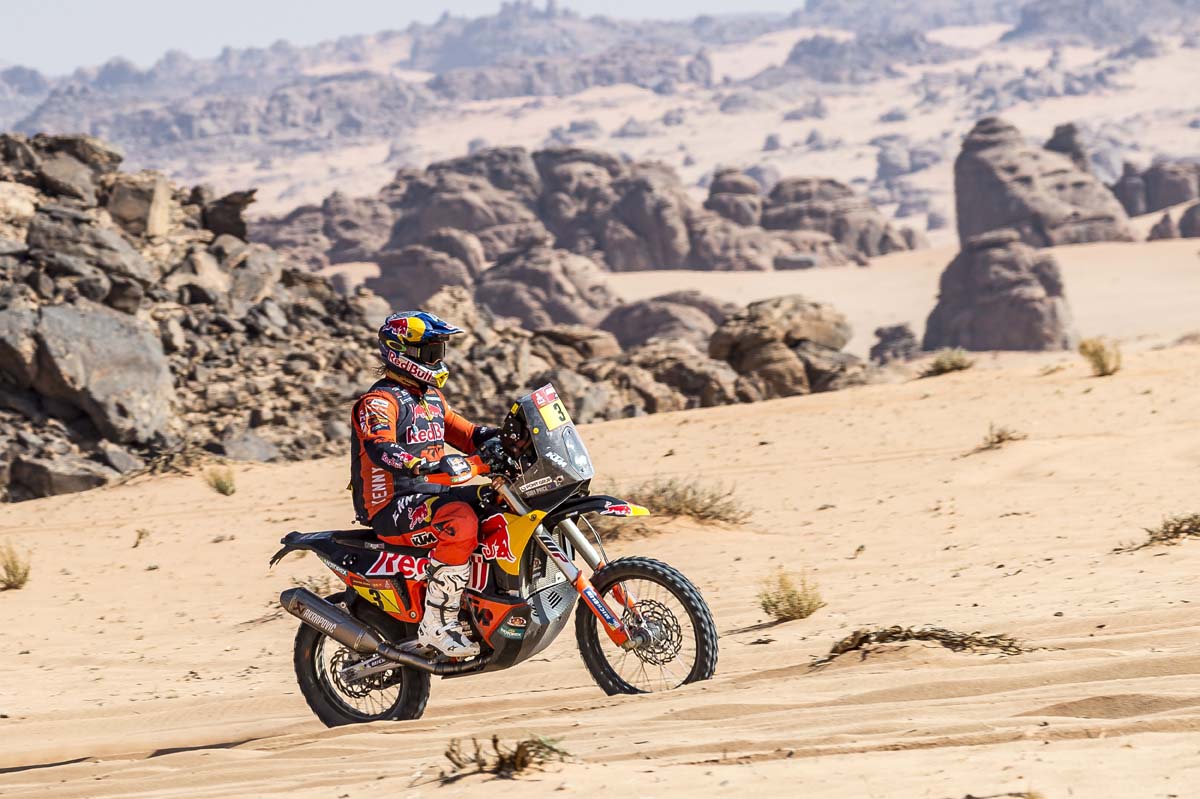 Part 2 of the marathon was a nervous one for Price. With tape, half a dozen cable ties and prayers holding his KTM’s rear tyre together, the two-time Dakar winner set out to cover 700+kms, hoping his makeshift repairs got him through to the end of the day. Fortunately, they did – just! 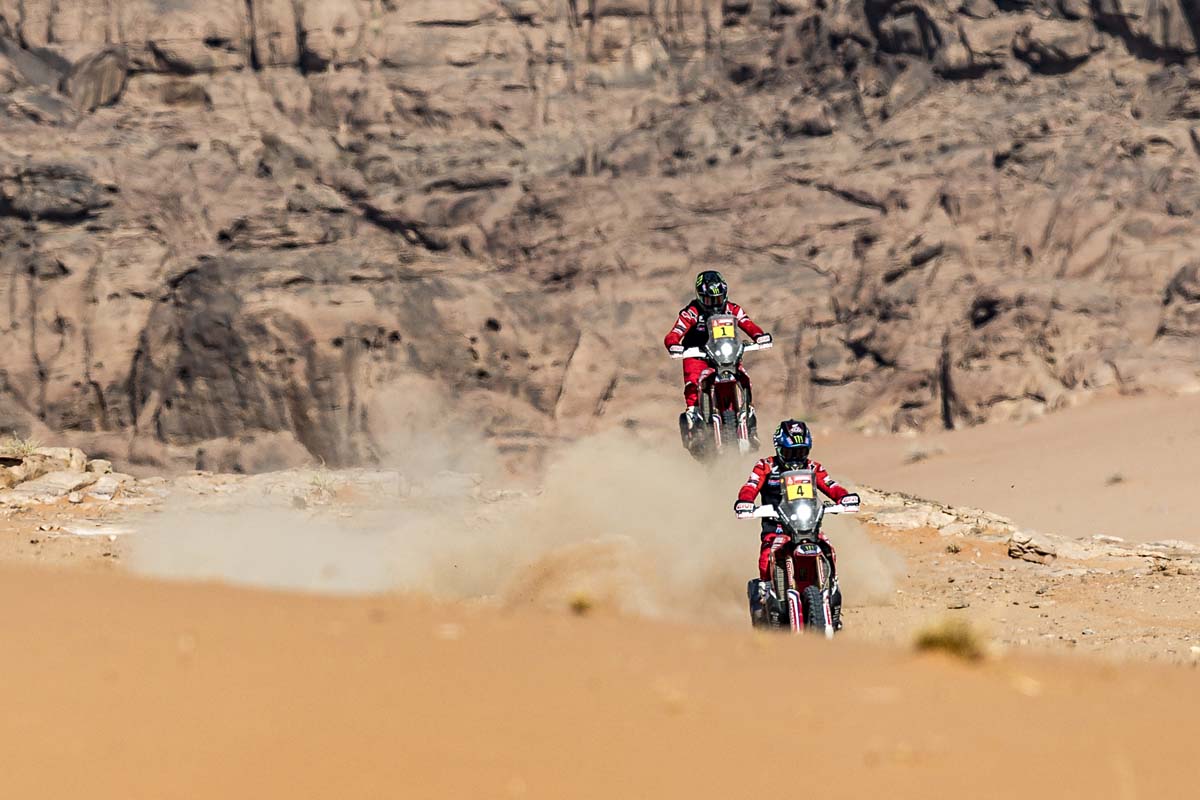 “By the time I got to refuel at 229km I was down to one cable left, the rest had come off. I did my best to keep momentum, not accelerate hard and ride smart. I lost a little more time to the rally leader, but I’m just glad I got to the finish line.”
While Price made it through, a crash from Xavier de Soultrait and engine failure from Franco Caimi saw both riders retire on this stage. 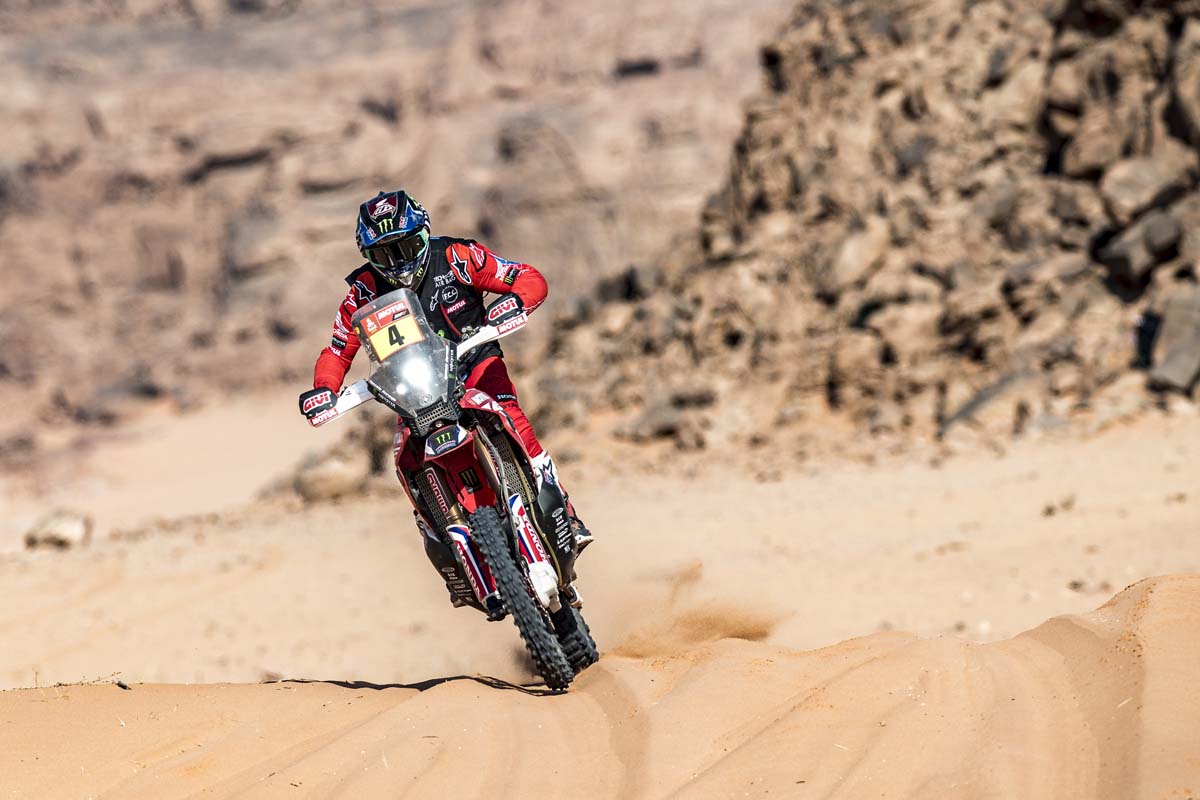 A stage win from ‘Nacho’ Cornejo meant he retained the overall lead, but Benavides, Barreda and Brabec were all hovering outside the top three.

A minor crash from Sanders on Stage 7 had no impact on his Stage 8 performance, the Aussie finishing in seventh. 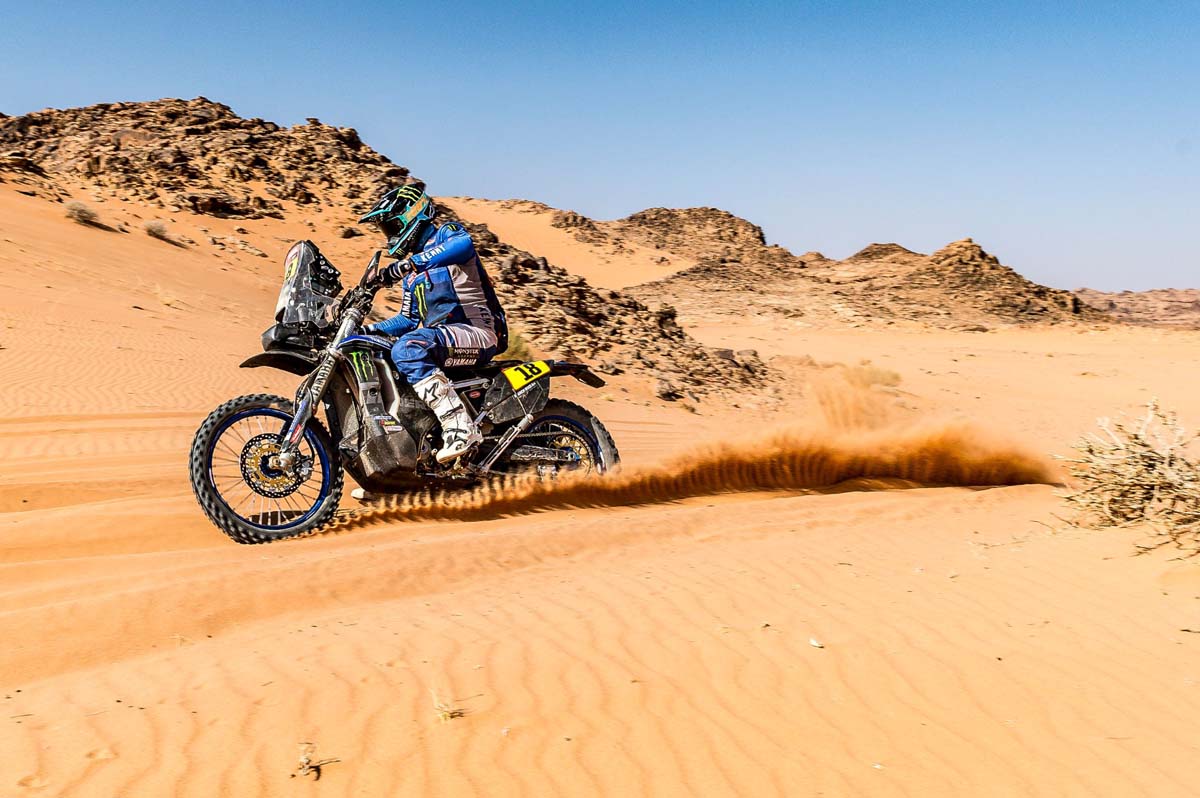 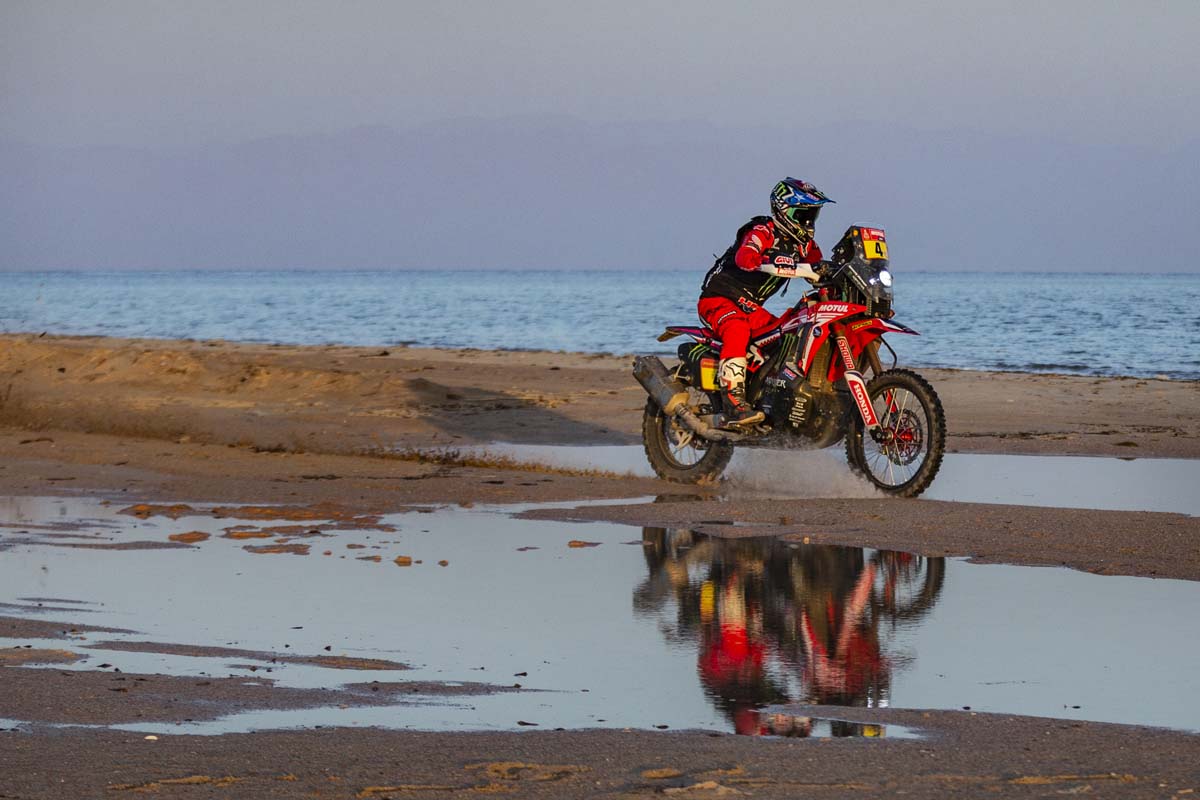 465km special – 579km total
Toby Price’s campaign for a third Dakar victory came to an abrupt end on this stage when he crashed. Ricky Brabec found him at the 155km mark, dazed, and with what was later diagnosed as a broken collarbone. Airlifted to hospital, Price was out. 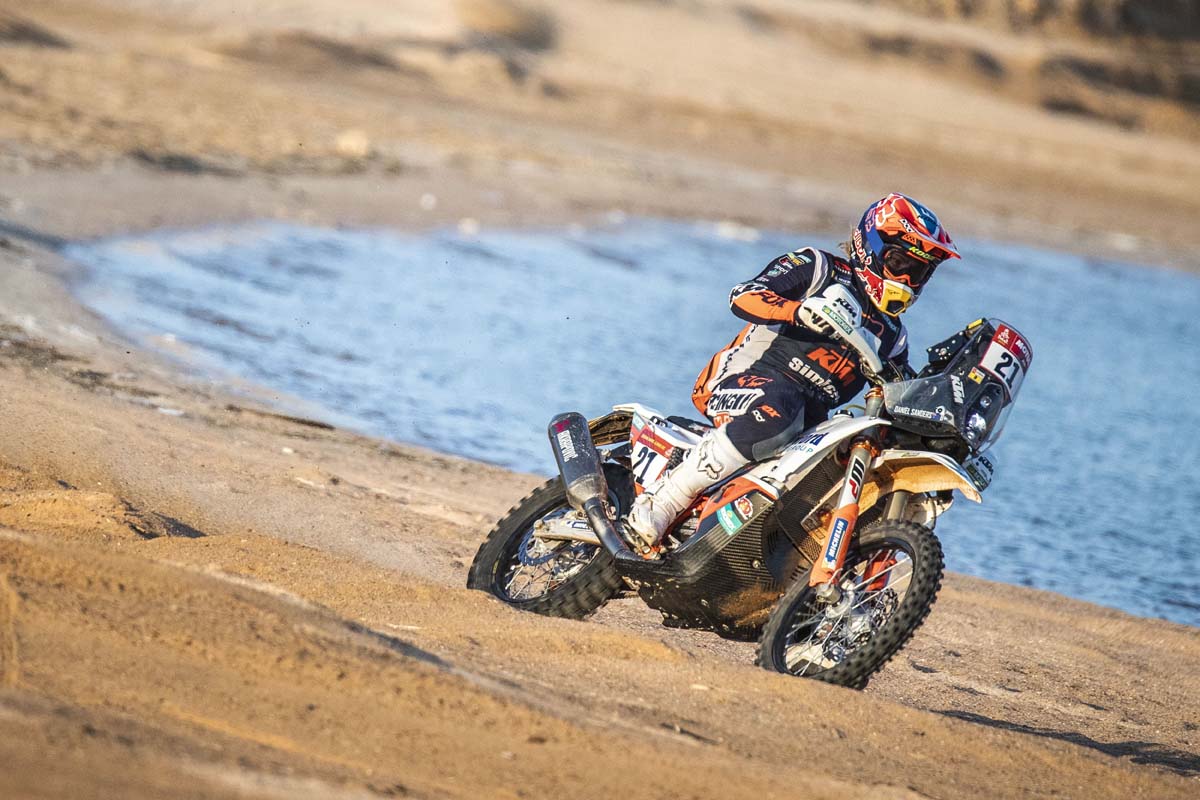 Rockstar Energy Husqvarna’s Luciano Benavides was another rider to crash out on this stage, while Monster Energy Yamaha’s Ross Branch retired with engine failure, leaving van Beveren as the sole factory Yamaha entry.

Red Bull KTM’s Daniel Sanders and Sam Sunderland also crashed, Sunderland destroying his roadbook, but able to finish the stage and give KTM some hope of victory. 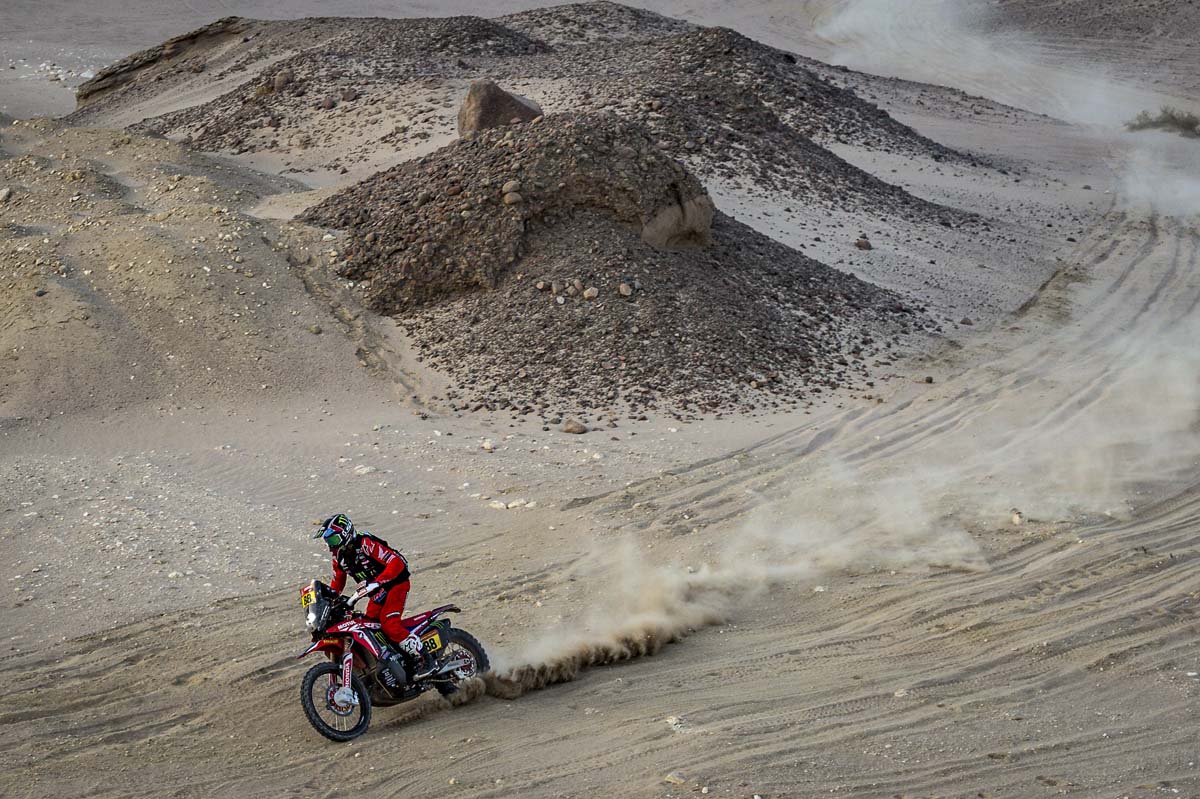 Barreda went off course, lost time and crashed, but still managed to hold on to fifth place overall, while Cornejo kept his cool to maintain the overall lead.

“Today was a really tough stage, with many rocks,” Cornejo explained. “I opened throughout the entire special, which was very long and mentally tough.” 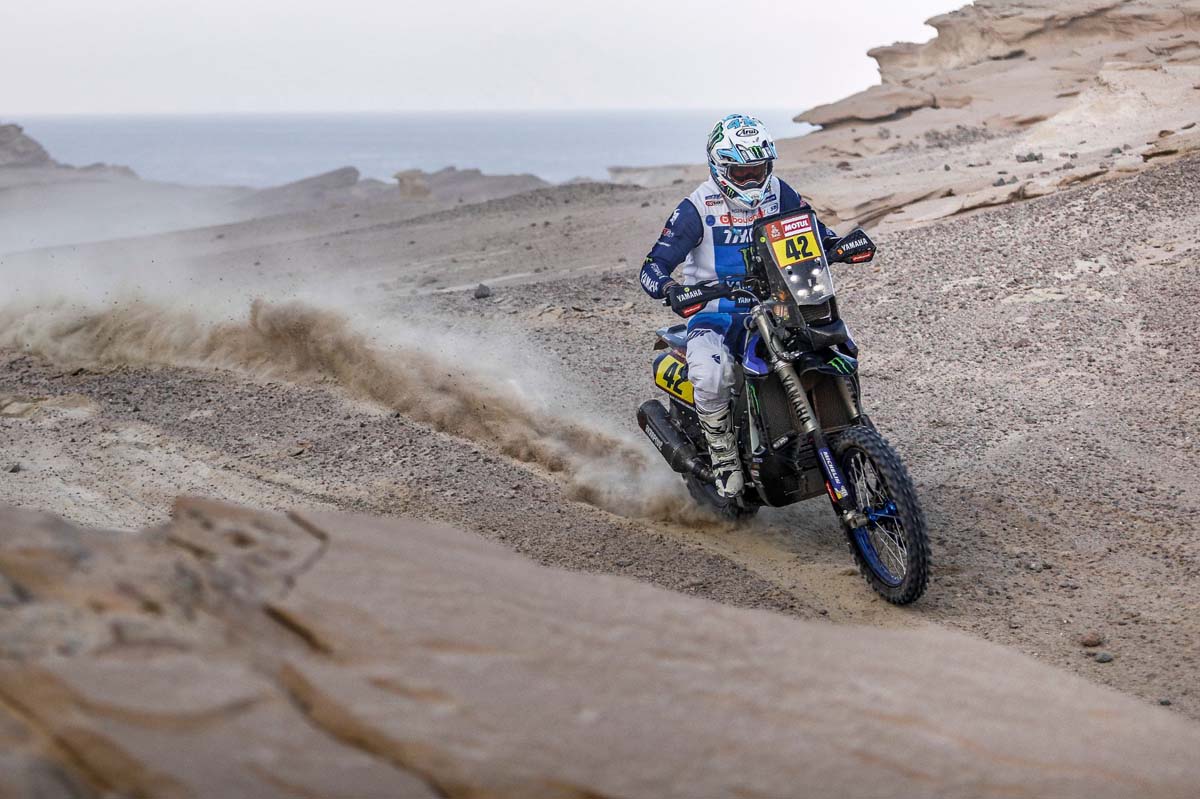 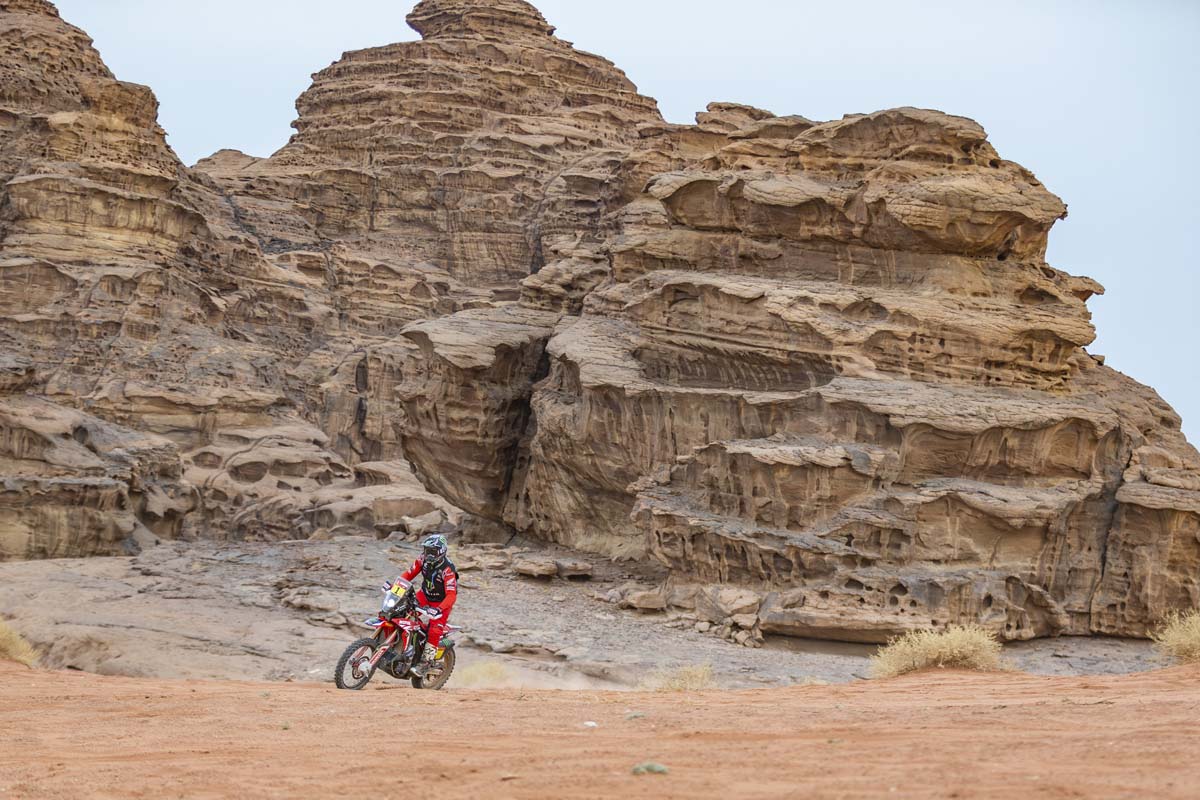 After KTM lost one of their stars on Stage 9, it was Honda’s turn on Stage 10 when Cornejo crashed at the 252km stage of the timed special. Unconscious for a brief period, the Chilean managed to ride his damaged bike to the end of the stage, but said he felt like he’d been hit by a train. After a medical examination, Cornejo was instructed to retire; a particularly galling decision given he was in the overall lead. 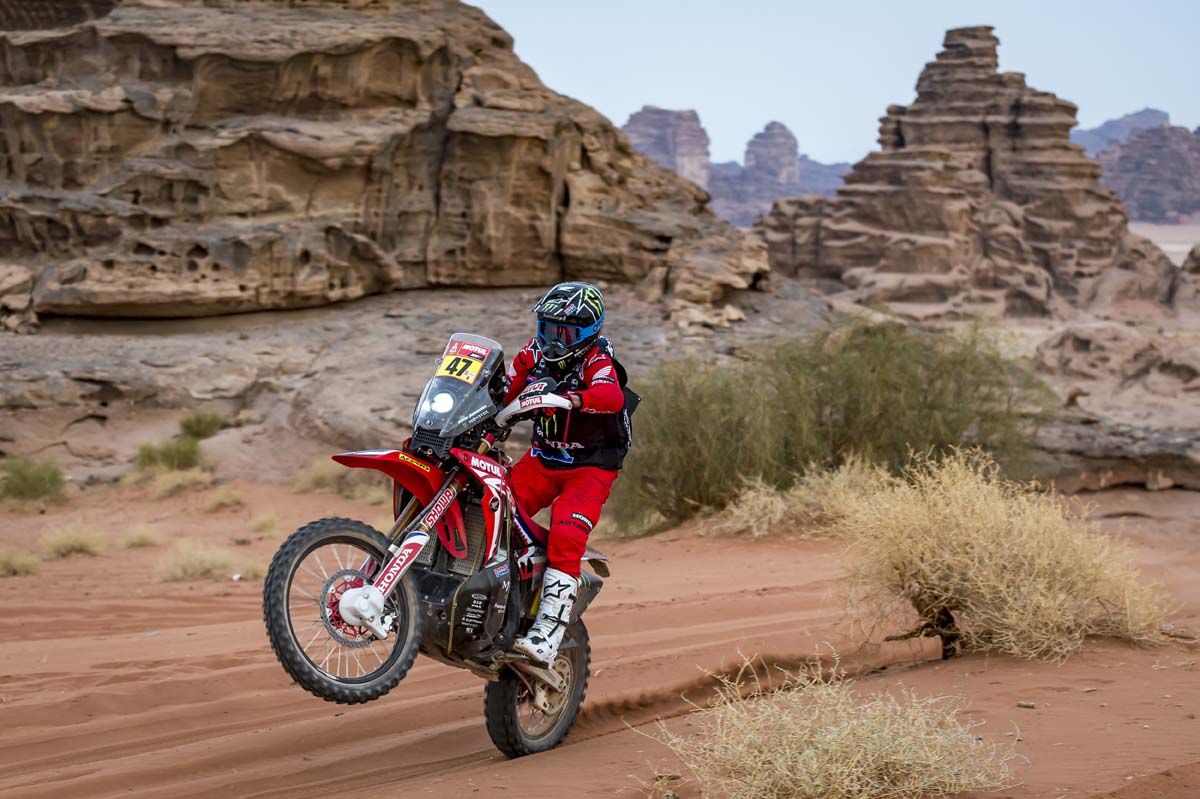 The remaining Honda factory riders locked out the podium for the stage, with Brabec carving through the course, overturning a 17-minute deficit to be right behind Benavides (who lost time with navigation issues) in the overall standings. 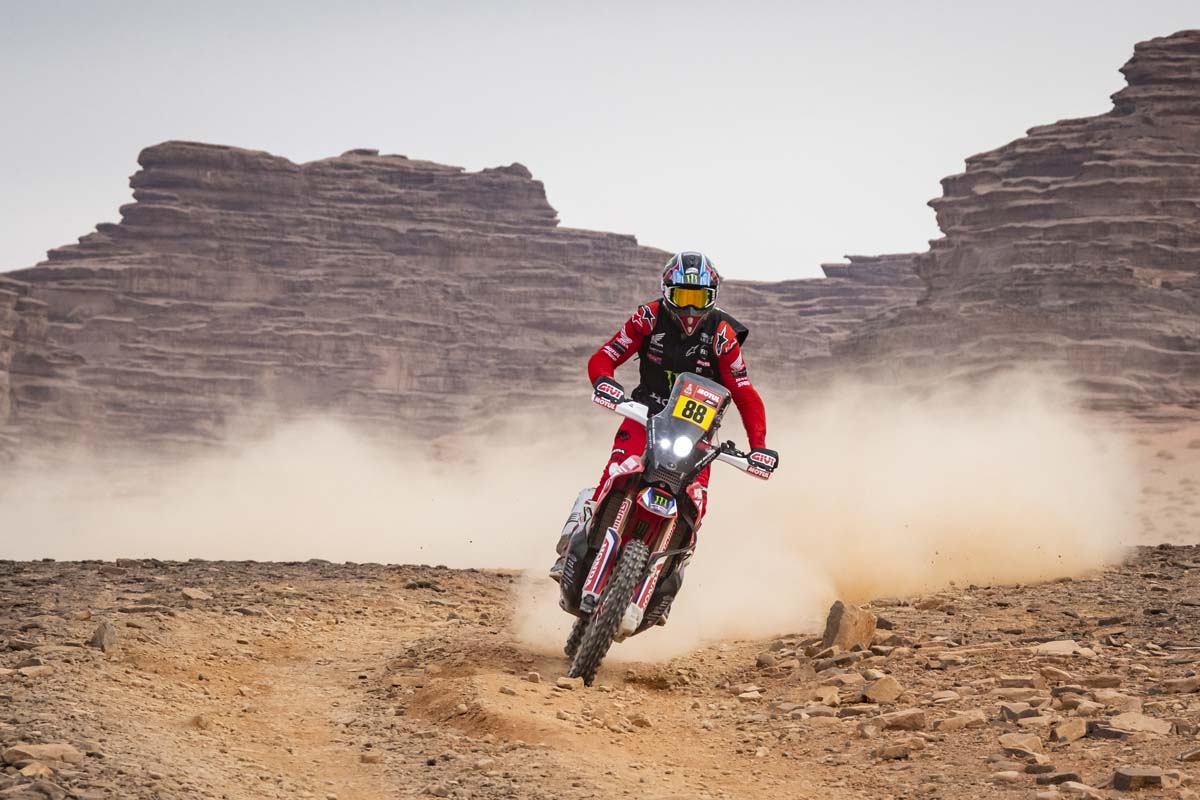 In a stage marked by gravel trails and amazing rock formations, American privateer Skyler Howes continued to prove his rally raid credentials, finishing fourth on the stage, while Sanders was sixth, his sixth successive stage finish inside the Top Ten. 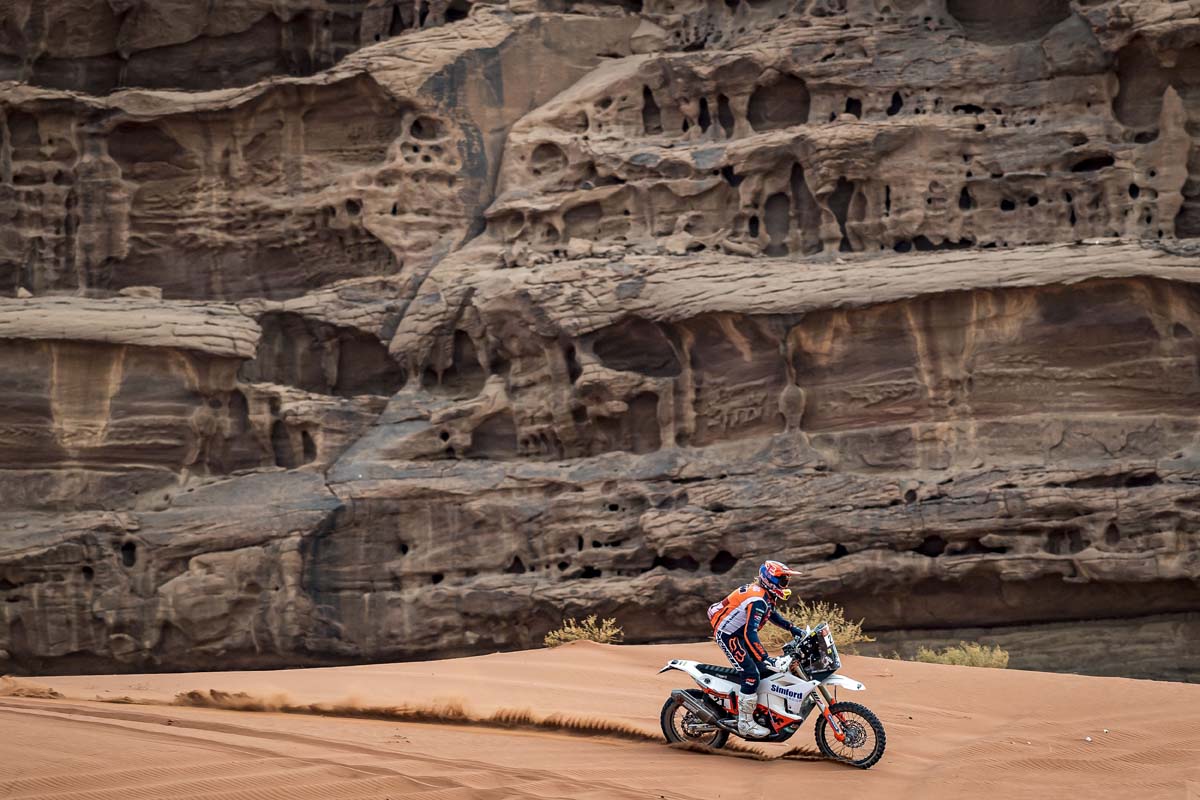