Bold colours, bright chrome and big engines are the hallmarks of Harley-Davidson’s Softail lineup for 2021.

Before last year’s changing of the guard at management level and the new ‘Hardwire’ five-year plan, the merging of the Dyna and Softail families for 2018 was the biggest shake up at Harley-Davidson in the past decade.

While some Dyna purists are still sore at the decision, the transition has resulted in a broad range of choices on the Softail platform. That continues in 2021, albeit with a few less options than before.

While the Softail lineup has been subjected to the same sort of pruning as the Sportster and Touring families, there’s still a healthy total of eight variants to choose from this year. What’s gone? The Low Rider, classically-styled Deluxe and drag bike-inspired FXDR 114 have all been cut, the latter to make way for the possible arrival of the all-new Custom 1250 this year. 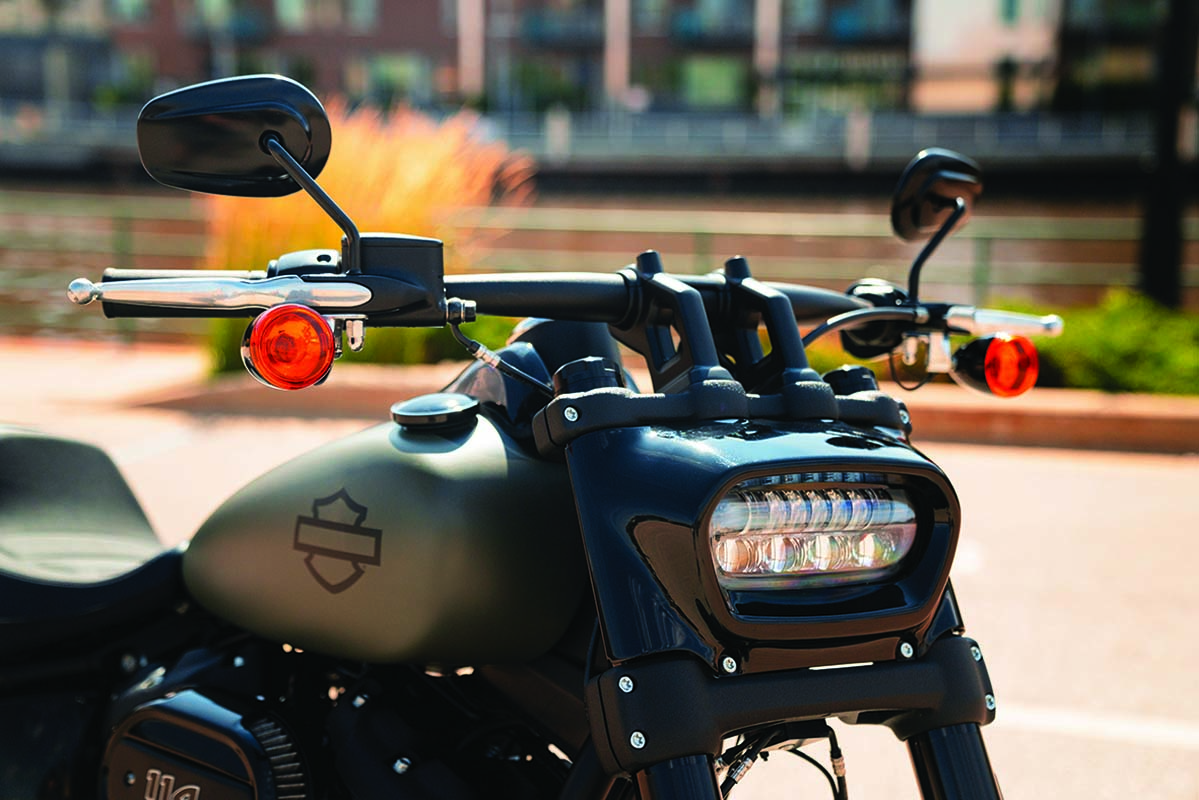 While there’s no all-new model under the Softail banner, there is a bit more to talk about for 2021 than some other model families, as selected Softails have been updated - enough to warrant “new” status in Harley’s view. These include the Fat Boy, Fat Bob and Street Bob, all of which now run the Milwaukee-Eight 114 engine as standard. Last year, the Street Bob was powered exclusively by the Milwaukee-Eight 107 and both displacement options could be had on the Fat Boy and Fat Bob. Now, it’s 114 cubes or nothing.

For years, the Australian market was singlehandedly responsible for keeping the Softail Standard in production. More recently, others have come to appreciate the purity of this model, leading to its reintroduction for selected markets, including the US. Now, it seems like our market is a factor in keeping the Breakout alive, too.

Aussies have taken to the Breakout unlike any other market. For example, in 2016, when the Breakout was running the Twin Cam 103B v-twin, Australians bought 1,509 examples, making it the third best-selling road bike behind the Honda CT110 ‘postie bike’ and Harley’s own Street 500. In 2017, we bought 1,150 units, and when the Milwaukee-Eight 114ci version was introduced for 2018, Aussies shelled out for 997 examples. In 2019, the Breakout actually outsold the Street 500 and was one of the few road bikes to record a notable sales increase for the year, despite a starting price in excess of $30K.

Given our continued affection for the Breakout, it’s no surprise it holds its place in the 2021 local Softail range, even though this model has been discontinued in North America.

With there are no major mechanical changes to talk about for 2021, there’s the usual fresh array of colours. Vivid Black, that's common to all MY21 Softails, is now the sole colour available on the Softail Standard, while the Breakout has been cut to three options over the basic black – Gauntlet Grey Metallic, Midnight Crimson and the all-new iridescent Snake Venom that shifts colour from green to purple in different light.

Beyond the Standard and Breakout, other Softails to carry over unchanged (apart from paint and trim) include the Slim, Low Rider S and Sport Glide. 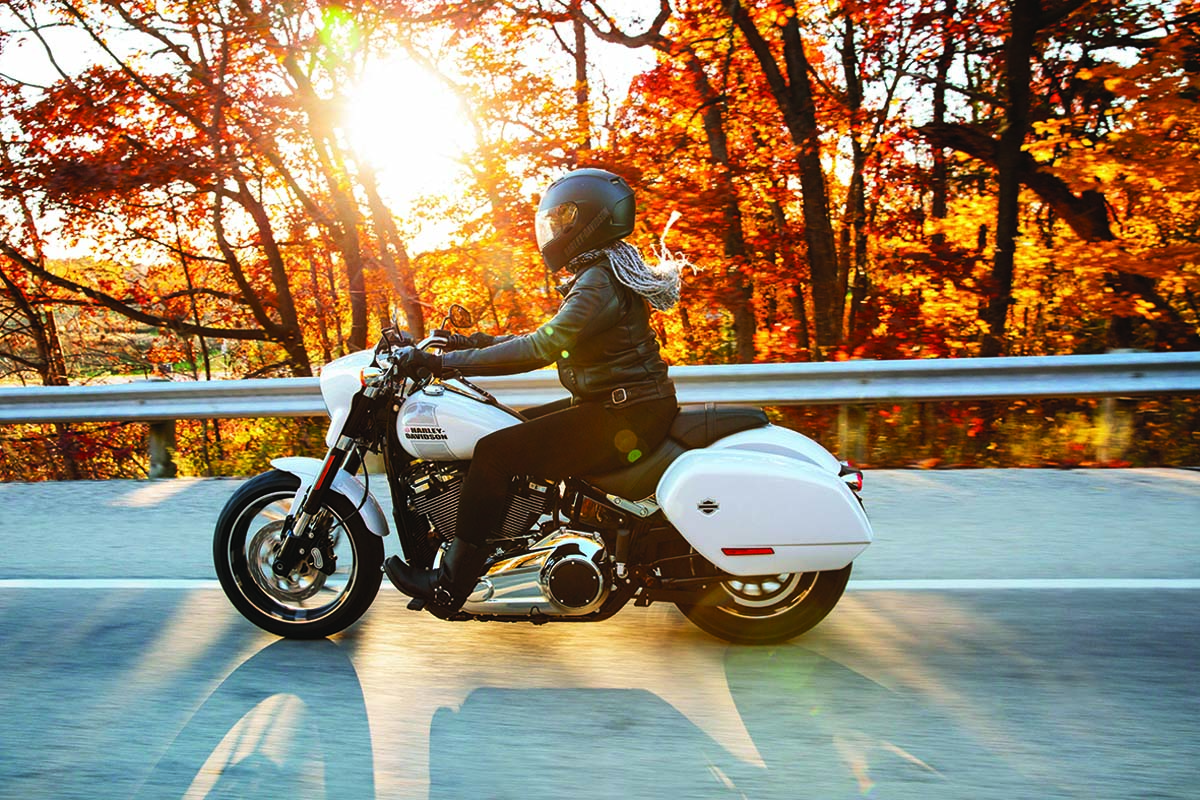 On the Low Rider S, Midnight Crimson is new, while the Sport Glide offers four options over Vivid Black (including the new Snake Venom), all of which now include colour-matched panniers.

While the 2021 Street Bob retains the same signature styling features from the previous year, the engine has been upgraded.

Wet weight increases 2kg for a total of 299kg, but the Street Bob is still the lightest MY21 Softail to run the Milwaukee-Eight 114, resulting in a claimed 9 per cent improvement in 0-100km/h acceleration and 13 per cent quicker acceleration in the 96.5km/h to 128km/h range compared to the 107-engined Street Bob.

A pillion pad is standard for 2021 and the tank badge has been replaced with graphics that incorporate the classic Harley ‘Number 1’ logo.

On the Street Bob's colour palette, Vivid Black carries over for 2021, while the new options are Stone Washed White Pearl, Baja Orange and the military-style Deadwood Green that also features on selected Sportster and Touring models.

Where last year’s Fat Bob could be had with both 107 and 114 versions of the Milwaukee-Eight v-twin, the larger engine is the sole choice for 2021.

Tuned to deliver 160Nm at 3,500rpm in this application, the 114 engine is arguably a better fit for the Fat Bob than the 107 was, while the dual front disc brakes and standard ABS ensure that extra grunt – and 306kg wet weight - can be hauled up.

Standardising the 114 engine means colour choices have been trimmed down, with Billiard Red and a denim finish Deadwood Green optional to the existing Vivid Black.

Bling for the Fat Boy

Like the Fat Bob, the Fat Boy has also standardised the Milwaukee-Eight 114 for 2021, with the other change of note being the inclusion of traditional bright chrome – and lots of it – in place of satin chrome.

From the rear mudguard struts to the engine, exhaust, front end and chunky headlamp nacelle, bright chrome is used throughout.

Last year, the choice of 107 and 114 engines for the Fat Boy meant that there were no less than eight different colour options, including three that were exclusive to the 114-engined version. For 2021, Vivid Black is the only colour that returns, with the new additions being Deadwood Green, Blackjack Metallic and two-tone Gauntlet Grey Metallic/Vivid Black. The Fat Boy’s familiar winged tank badge is common to all colour options.

If the standard Milwaukee-Eight isn’t enough, there’s a new Screamin’ Eagle Stage III engine upgrade kit coming to suit both the 107 and 114. 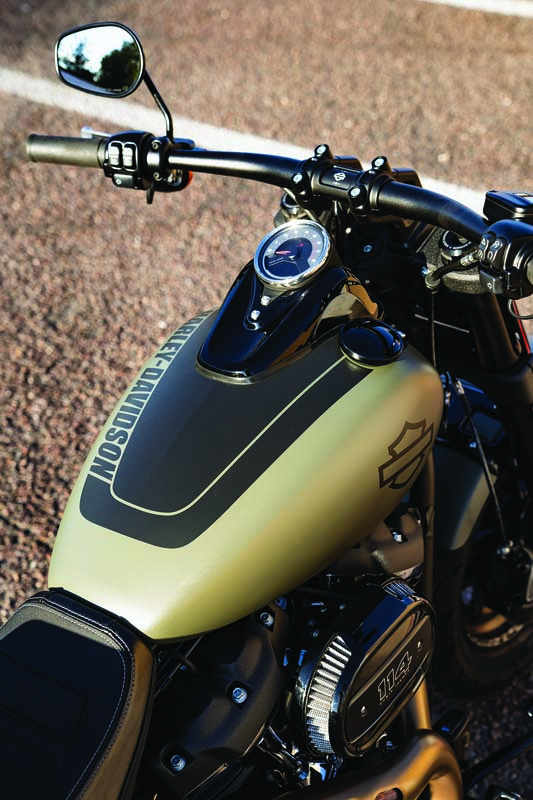 Available in a choice of finishes, local pricing for these kits was unconfirmed at time of writing, but a 12-month limited warranty is standard, which increases to 24 months when installed by a Harley-Davidson dealer. 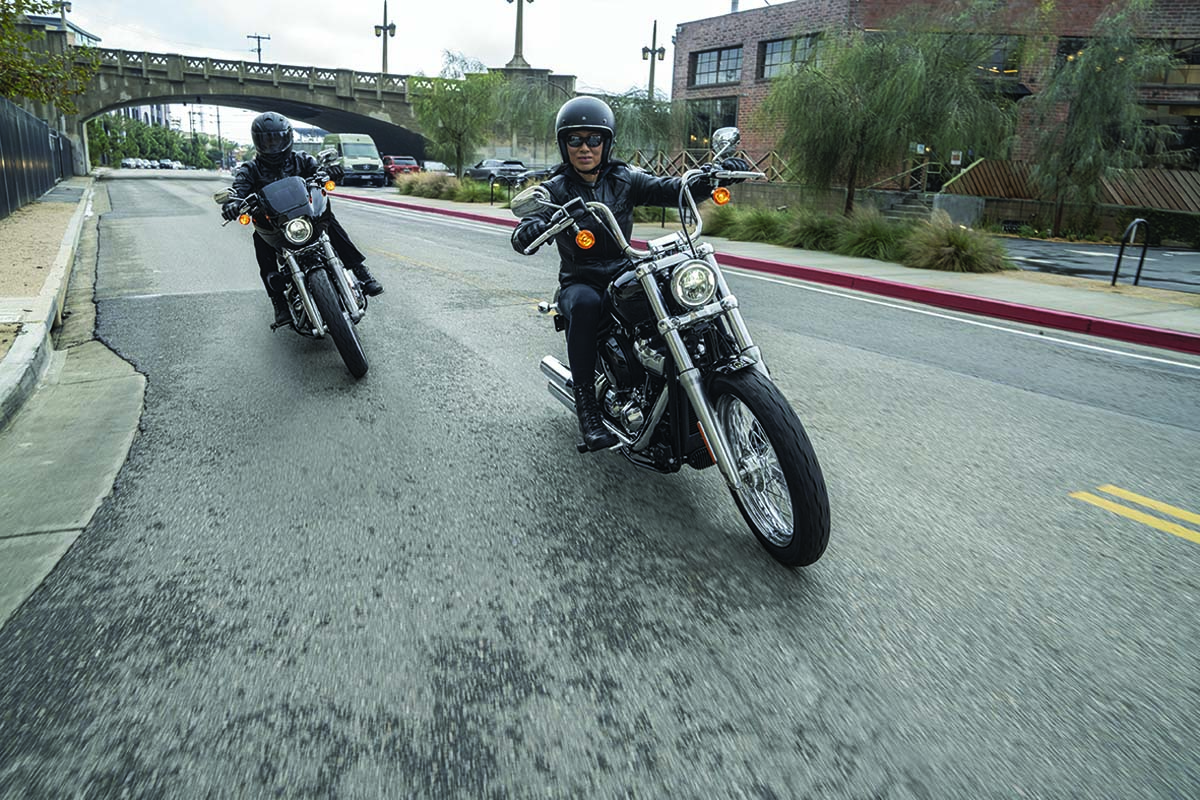 Also new from Screamin’ Eagle for 2021 is a Softail-specific high-flow exhaust system. Up to 20 per cent lighter than the standard exhaust, this system features a tuned header length, ideal back pressure and minimal restriction to maximise horsepower and torque.

Optimised for the Screamin' Eagle Milwaukee-Eight 128/131 Stage IV Kits or the Screamin’ Eagle 131 Crate Engine, this system will fit most 2018 and newer Softails, excluding the Fat Boy, Breakout and FXDR 114.

Unlike the Sportster family, there are no major surprises with Softail pricing for 2021. The Softail Standard, Softail Slim, Low Rider S, Sport Glide and Breakout are all unchanged. On the Fat Bob, Street Bob and Fat Boy, starting price appears higher, but this is due to the deletion of the Milwaukee-Eight 107 option. Pricing on the 114ci version of these three models is unchanged.

For details and pricing on the Softail-based Heritage Classic, refer to the MY21 Touring family information.