Arguably the zenith of 2-stroke racing motorcycle development in the 1970s, the TZ 750 was ridden by the likes of Giacomo Agostini, Kenny Roberts and our own Kel Carruthers, which gives you an idea of its pedigree
The mention of Yamaha's TZ 750 racer can bring either a grin of delight, or a shudder of dread amongst those who know the significant place this machine occupies in motorcycle racing history.

Arguably the zenith of 2-stroke racing motorcycle development in the 1970s, the TZ 750 was ridden by the likes of Giacomo Agostini, Kenny Roberts and our own Kel Carruthers, which gives you an idea of its pedigree. Carruthers, who was Yamaha's factory test rider at the time, actually had a hand in the TZ's development in the early 70s. The 1969 250cc World Champion calmed, but never truly tamed the beast that was the TZ 750.

An incredible power to weight ratio came at the expense of some frightening handling characteristics. With an experienced racer on board, it was capable of mind-blowing results, but in the hands of the timid or inexperienced, the TZ 750 could bite - and bite hard. When placed up against Suzuki and Kawasaki triples of similar capacity, the TZ 750 was virtually unbeatable, winning races in the USA before it was effectively legislated out of existence.

The TZ enjoyed a brief, but very successful competition record in other parts of the world in the mid to late 1970s, too. Australia's most famous TZ 750 pilot was Jack Findlay, who was already an experienced racer when he got his hands on Yamaha's blazing two-stroke in 1975, courtesy of Carruthers. With the financial assistance of Melbourne car dealer, Reg Hunt, Findlay took his TZ to Europe to contest the FIM 750cc World Championship class, as well as 500 GP (with smaller heads and barrels fitted). With the help of racing partner Daniele Fontana, Findlay was able to kick the power up from 95 to 125bhp. In this specification, Findlay beat the factory TR750 ridden by Barry Sheene and won the 1975 F750 title.

By the early 1980s, the TZ 750 had been banned from most forms of competition, which meant a lot of the 600-odd machines built by Yamaha no longer had a class to race in. As such, most were cannibalised for other projects, the most common being fitment of the powerful 2-stroke motors into racing sidecars.

Longtime racer, restorer and all-round motorsport enthusiast, Graham Smith remembers the days when the TZ was dominating the competition and this made him determined to get one of his own before they all disappeared.
"From my childhood - seeing guys race them at Bathurst," Graham said when asked how he caught the TZ bug. "Gregg Hansford had a go at one. Kevin Magee had a go at one at the same time. There was one in the Swann series. I was in awe of them. When I saw one on the market, I said 'I've gotta have that!'".

Fortunately for Graham, he was in the market in the late 1980s, at the time when sidecar racers were switching from TZ motors to four-strokes of similar performance, but with greater reliability. Frames and rebuilds were being done by the likes of Stan Bayliss, and dealers like sidecar ace, Doug Chivas at Chivo's Motorcycles in Sydney, still had stocks of parts. While some TZs have been made up of bits and pieces, Graham's TZ was a complete unit, formerly in the possession of Don Stafford (of Stafford's Motorcycles). With some fresh engine internals from Chivo's - that also added some extra horses - and assistance from noted TZ specialist Bruce Woodley, Graham's TZ was ready for Period 5 competition.

"When I first got it, for the first couple of months, it was a daunting beast," Graham said of the TZ's notoriously tetchy character. "It wheelstood when you didn't want it to, and it was not as nice a bike to ride. But once you're not scared of it, it isn't that bad."
It didn't take Graham long to learn how to maximise the potential of the TZ, though. Race wins in Period 5 soon followed, including the 1995 Victorian P5 Championship. In addition to most racetracks throughout Victoria and South Australia, Graham also raced the bike in New Zealand in the early '90s and enjoyed similar success.

"You can start the bike in the pits, and it's got that 'zip' to it when you rev it," Graham said of the distinctive rattly timbre of the TZ at idle. "When you take off out of the pits and onto the track, it vibrates, it doesn't run very well, it 'hunts', and it. . . . .it just seems like a heap of garbage," he laughed.
"But the moment you drop the clutch and twist the throttle, the front wheel comes up and everything all comes together! You don't need the clutch to change gears. You don't need to do anything other than twist the throttle. The moment you start using it as a race weapon, everything comes together. And that's the way they were built."

Graham says the TZ only really starts to come on song around 6,500 to 7,000 rpm, but will pull all the way to 12,000 and beyond. But he advised that you do have to tuck yourself down behind the fairing. Trying to ride it 'upright' at speed will have you on your backside in no time!
"Most people tend to sit up, grab hold of it, twist the throttle, and the bike will just come straight over, because the air's hitting you in the chest and your body weight's wrong, whereas as soon as you do it properly, laying over the petrol tank, that's the way you're meant to do it.
"It'll wheelstand just about in any gear. So, the idea is to hold it full throttle. And then, you can hear the engine, and it just growls. It's 'usable torque' - if you want to use it. And it's a very, very pleasurable bike to ride."

As you've probably gathered, Graham considers his TZ 750 a keeper, and not just because of its rarity.
"I love looking at it. It's just trick, isn't it?," Graham laughs. "It's something you just love. And that is why I've still got it."

While he rates Broadford as his favourite track, Graham said he's enjoyed the many occasions he ran the TZ at the Geelong Speed Trials. While not designed for quarter mile competition, the TZ still ran some very respectable times, and Graham's is one of the few TZ 750s to actually do timed runs on the Ritchie Boulevard course. But for Graham, merely being there was good enough. Having experienced the likes of the Monterey Historics in the US and other classic events, he rates the Speed Trials of the late 1990s and early 2000s as a truly World Class event.

Graham holds the Speed Trials' four-wheel record with his March F5000 open wheeler, and also ran his ex-Stan Jones Allard J2 roadster at the event, but some of his best Speed Trials memories are of the motorcycles, like the famous Britten V1000 and the locally-built Hallam race prototype, both of which are unlikely to ever be campaigned again, at least not in Australia. Josh Brookes' sub 10-second run on the Honda Australia CBR was another highlight.

Like most two wheel enthusiasts, Graham's hoping to see some exotic machinery at the JUST CARS Geelong Revival, and is looking forward to the chance of running the TZ 750 up the Ritchie Boulevard course again.
"If I take it this year, I will put one tooth down on the front. I'm too old to be worried about slipping clutches and that sort of stuff. So I will go a tooth down on the front and try and make it easier to ride," he said.

While he enjoyed attending the Speed Trials in the past, Graham also recognises the value of events like this in stoking the imaginations of future generations to take in interest in motorsport, and that's why he's enthusiastic about the JUST CARS Geelong Revival.
"If you can just get someone to walk past your bike, and go 'Ohhh, geez I'd love to do that', if they get that buzz, that'd be good. I see kids doing Formula Ford, and that's really good, but if they don't get a drive or can't be a V8 driver, as long as they can just enjoy motorsport for the rest of their life. . . that'd be really cool." 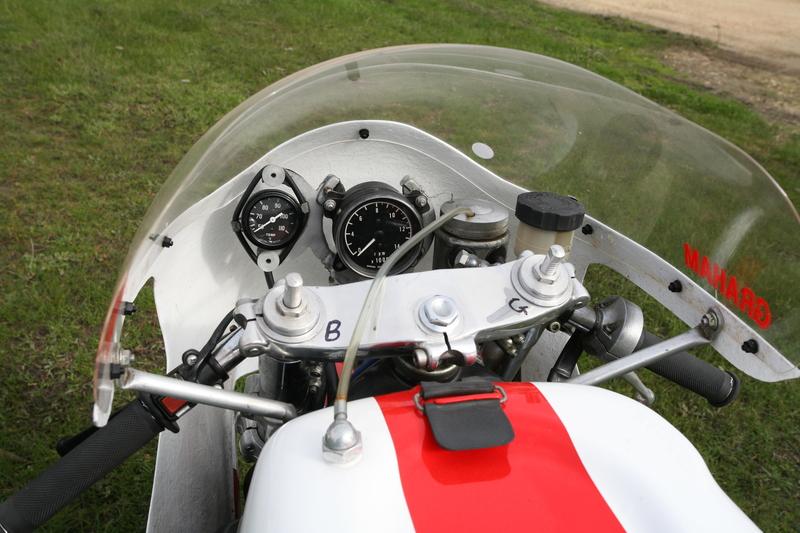 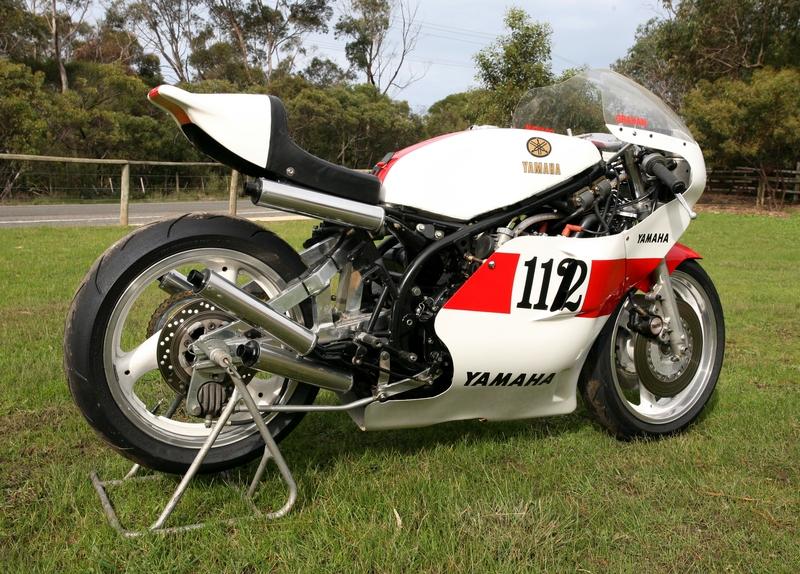 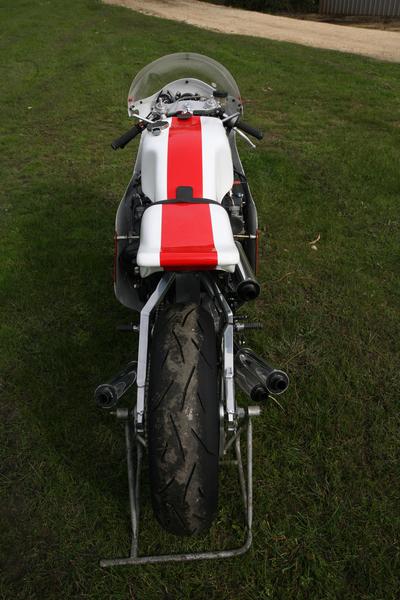 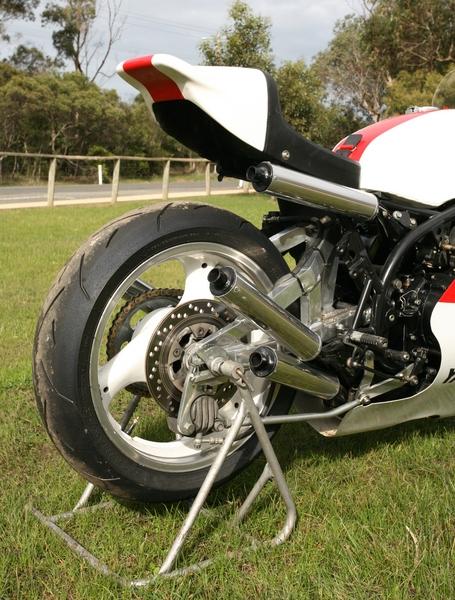 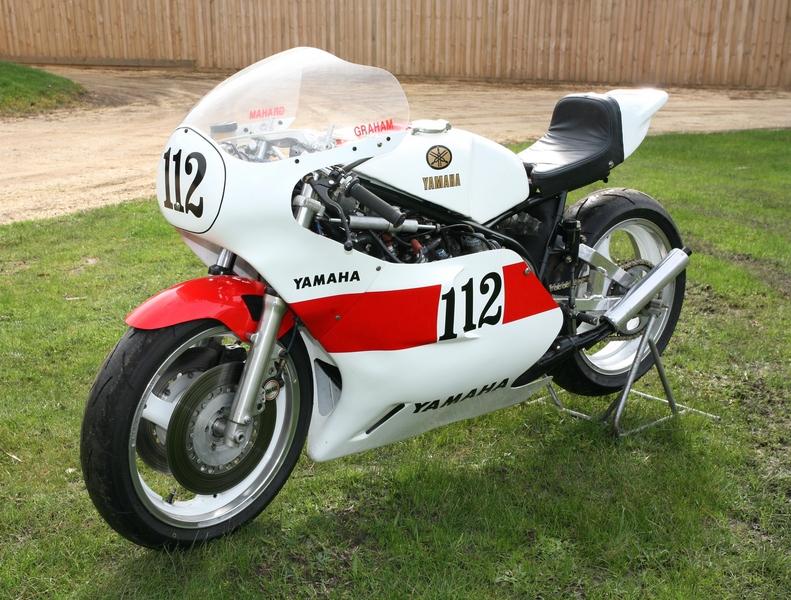