Yamaha Factory Racing are celebrating the 60th Anniversary of their debut in grand prix competition in 2021, with several initiatives and activities planned for the year.

The first was presented on the eve of the 2021 FIM MotoGP World Championship, at the Qatar MotoGP Test, where a retro look for the YZR-M1 of Yamaha’s new test rider signing, Cal Crutchlow, was unveiled. The unique livery of white with red ‘speedblock’ graphics was replicated on Crutchlow’s leathers, too.

“The WGP (World Championship Grand Prix) 60th anniversary coloured YZR-M1 means more than just a milestone and a look back at the footsteps of our forerunners,” said Hiroshi Ito, Yamaha’s General Manager of Motorsports Development.

“It is a sign of our determination to have a passion second to none, believe in the power of motorsports, and deliver excitement to the world.”

After a ten-year riding career in MotoGP that included three race wins, Crutchlow signed on as Yamaha’s test rider last November, with the back-to-back Qatar tests in March marking his first track time in the role.

“I’m honoured to have been chosen to ride the special WGP YZR-M1 with the 60th-anniversary livery to pay tribute to the hard work of so many Yamaha riders and employees over these last 60 years. The bike is striking!” Crutchlow stated.

Despite spending the bulk of his MotoGP career with Honda, Crutchlow’s first three years in the premier class were with Yamaha, specifically Monster Yamaha Tech 3, where he achieved six podiums and a best championship placing of fifth.

“I‘ve recently returned to Yamaha as a test rider after seven years away, and I am really enjoying the experience. Yamaha‘s passion for motorsports is as fierce as ever and that‘s really motivating,” Crutchlow added.

“I started my MotoGP career in a Yamaha satellite team. I also took part in the 50th anniversary celebrations. It’s quite special that I am present for both these important milestones for Yamaha.

“The MotoGP paddock without Yamaha is unimaginable now – they are key players thanks to the shared vision and dedication of many riders, engineers, and staff.” 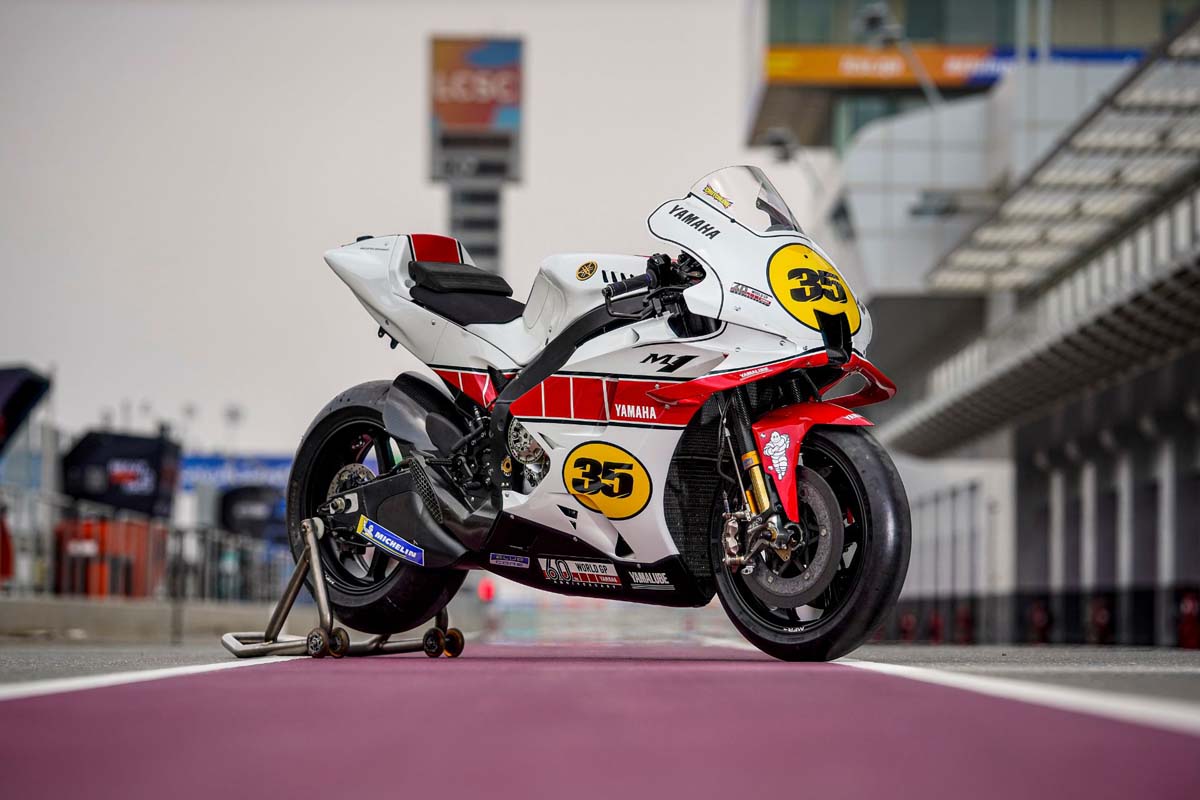 Yamaha debuted in the FIM Road Racing World Championship in 1961, with a five-rider team in the 250cc class that included Fumio Ito, Taneharu Noguchi, Hideo Oishi and Yoshikazu Sunako.

Running their ‘RD48’ two-stroke inline twin in the 250cc class and the ‘RA41’ single-cylinder 125cc two-stroke machine, Yamaha’s first start was in Round 3 of the 11-round 1961 season, and while they went winless, the factory squad managed to accrue a handful of top-six finishes in the 250 class. Ito was the top performer amongst the riding contingent, with a fourth place at Buenos Aires his best finish.

Mike Hailwood was 250cc World Champion in 1961, part of a Honda domination of the category that saw the top five positions (including Australia’s Tom Phillis in second overall) all go to riders on Honda machinery. Phillis would win the 125cc World Championship for Honda in the same year, with Honda also taking out the constructors’ championships in both categories. 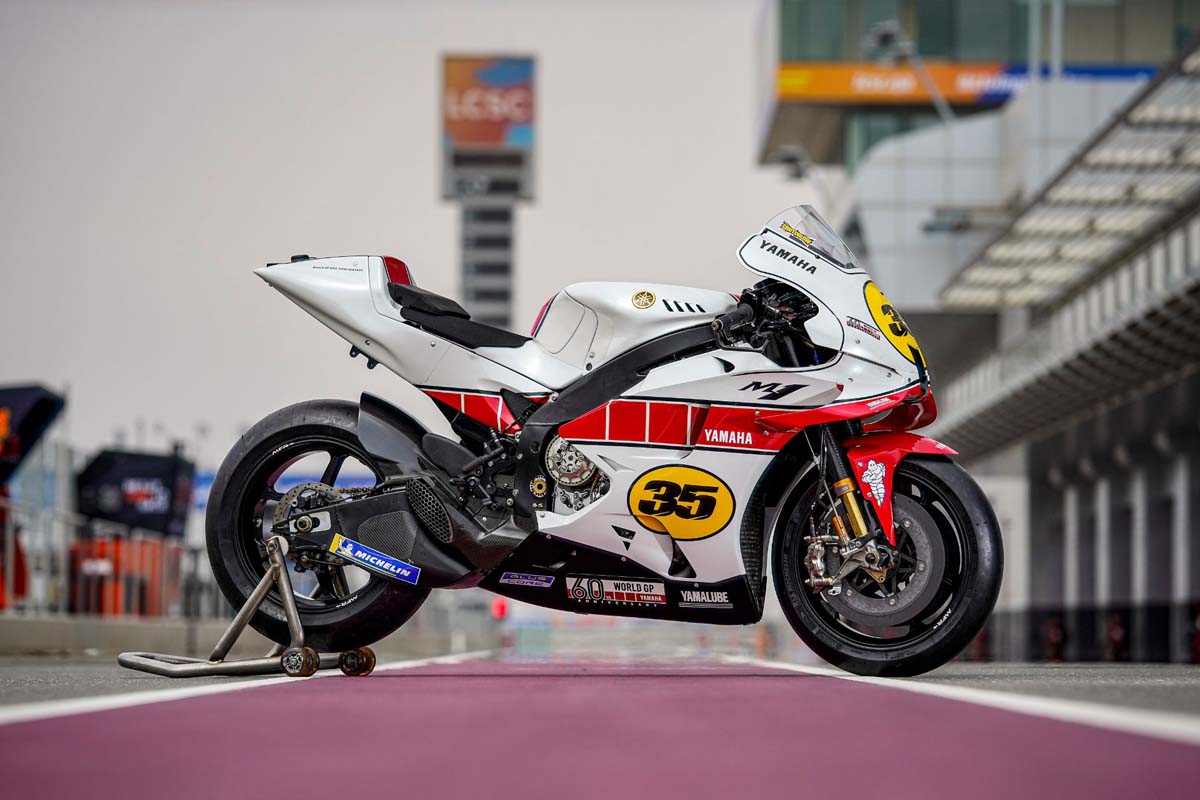 The lack of success in their grand prix debut saw Yamaha sit out the 1962 GP season, focusing instead on domestic racing. Returning in 1963 with the RD56 250cc two-stroke twin, Yamaha would take their first podium, at the Isle of Man TT, followed by their first grand prix race win at Spa two rounds later. Ito achieved the breakthrough result on both occasions, while at Spa, Yoshikazu Sunako made it a Yamaha 1-2.

Ito finished the 250cc championship in third overall in 1963, with Yamaha in the same position in the constructors’ championship. 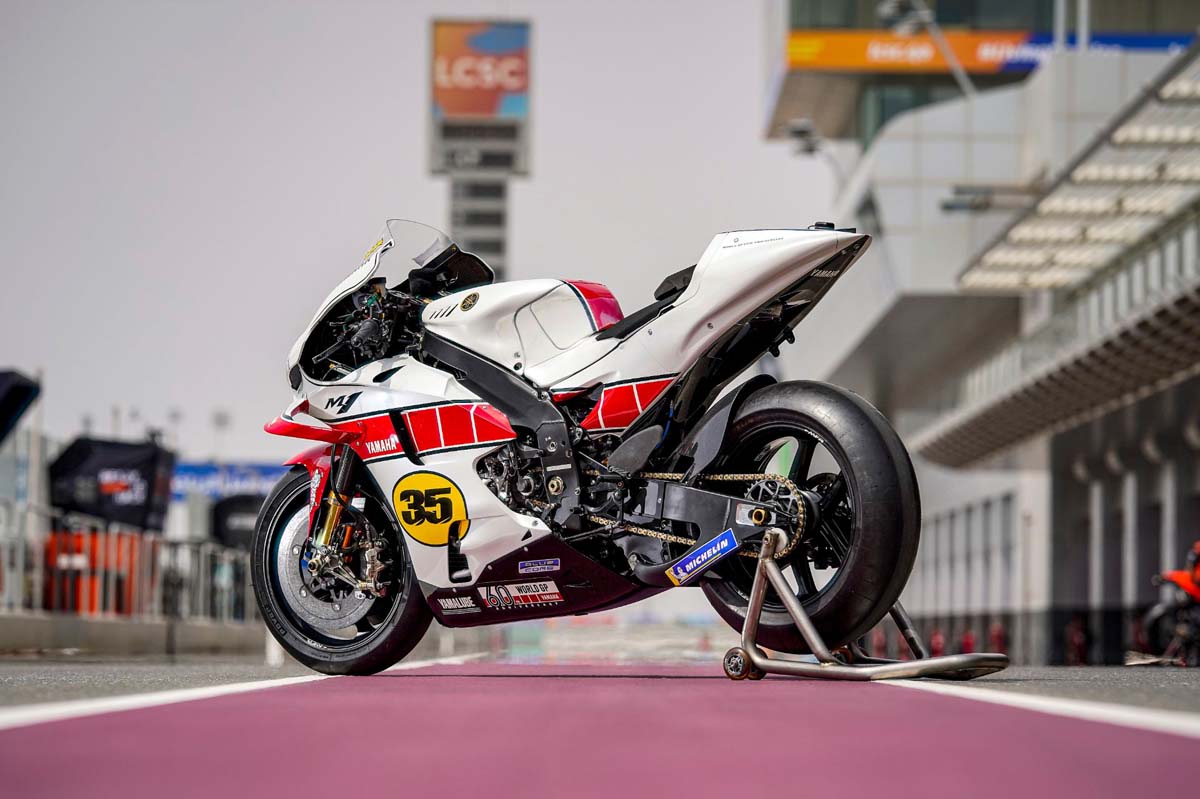 In 1964, Phil Read and Mike Duff led Yamaha’s 250cc campaign, with Read also running in the 125cc class. Five wins in the 11-round championship saw Read wrap up Yamaha’s first riders’ title ahead of Honda’s Jim Redman, while a single win from Duff was enough for Yamaha to also take the 250cc Constructors' World Championship. The icing on the cake that year was the first points for Yamaha in the 125cc class with the RA97 two-stroke twin, which replaced previous single-cylinder machines. 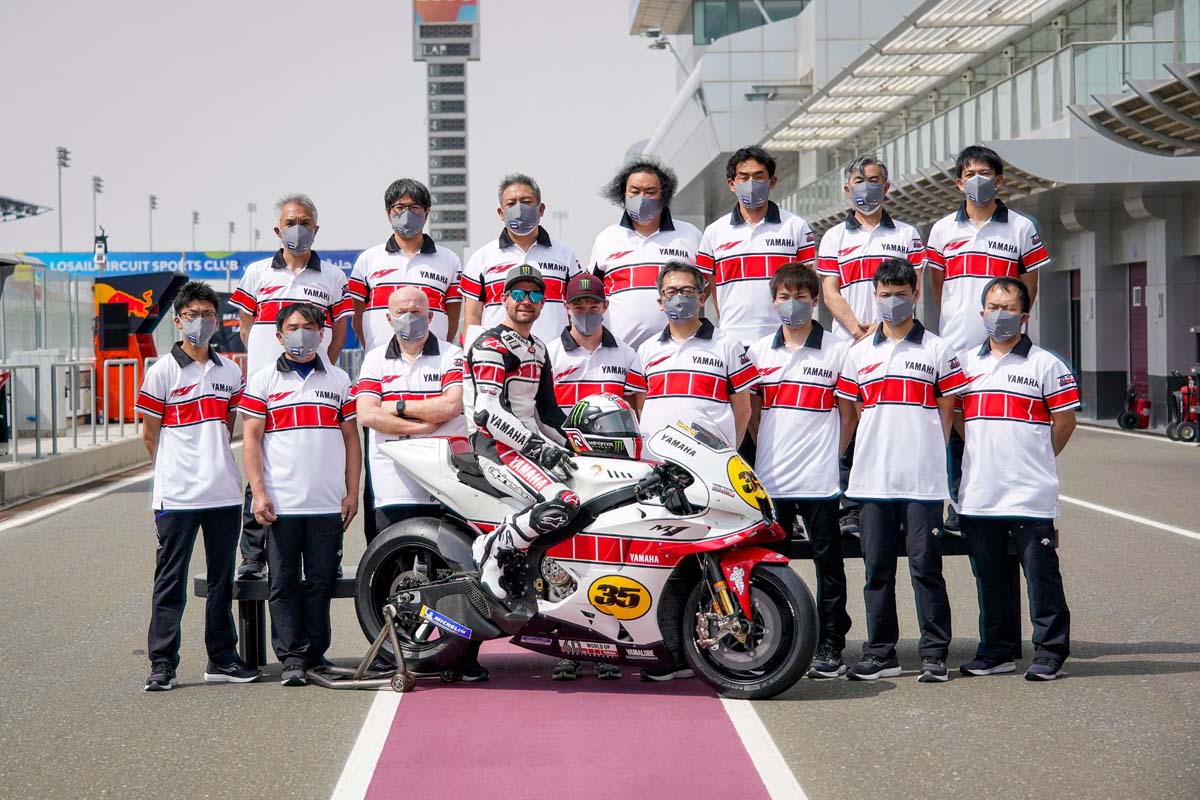 Read would take the 250cc World Championship again in 1965, with Duff second and Yamaha going back-to-back in the constructors’ class. The first 125cc title came in 1967, by which time Yamaha were an established force in grand prix competition.

Joining the 500cc category in a factory capacity in 1973 with the YZR500 two-stroke, Yamaha would take that championship two years later and have been a force in the premier class ever since.