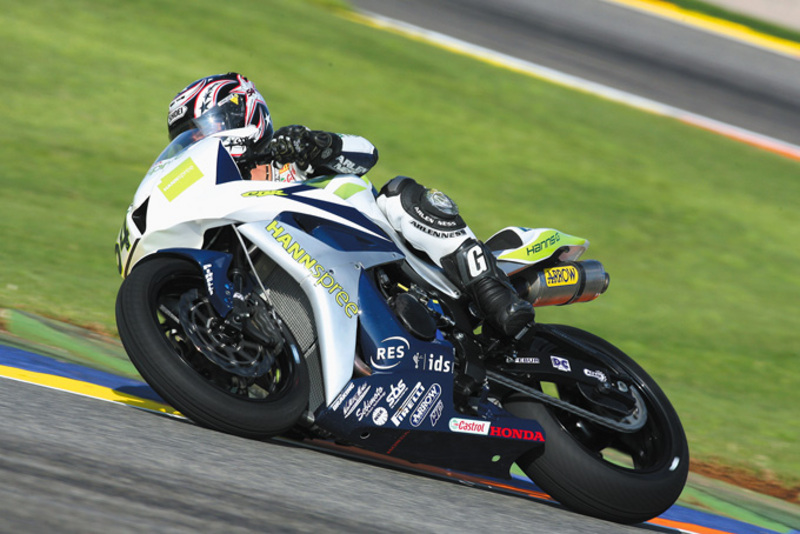 Troy Bayliss (Xerox Ducati) bounced back in style after his Donington crash to record a Superpole win and a race 1 podium - all while wearing a cricketer's box!

The additional 'armour' was necessary to protect the badly cruised groin Bayliss suffered in his spill in the previous round at Donington.

The factory Ducati rider's top Superpole lap of 1'51.982 was only marginally less surprising than the vastly improved Superpole performances of Ruben Xaus (Sterilgarda Ducati) and Josh Brookes (Alto Evolution Honda). The final addition to the front row of the grid was Troy Corser (Yamaha Italia).

Corser grabbed an early lead from Bayliss and Xaus, before the latter made his move on lap 6, soon joined by Noriyuki Haga (Yamaha Italia) at the front.

After he broke the challenge of Haga towards the end of a race, Xaus was a clear winner by almost two seconds. Behind Haga, Bayliss was an impressive third, with early leader Troy Corser fourth. Championship leader Toseland finished fifth, fighting vibrations from a rear tyre which had spun on the rim. Xaus's win was his tenth career SBK victory, and his first since Magny Cours race two, in the 2003 season.

A much improved performance from Toseland put him at the front of the pack early, and this time the Brit managed to stay there, despite pressure from Haga, Xaus and a late charge from Max Biaggi (Alstare Corona Suzuki).

With a drier track compared to race 1, the attrition rate was far less, although Martin and Muggeridge lucked out again with another pair of DNF results. Martin was handed a double blow when informed by fellow Aussie, Andrew Pitt, that the DFX Corse team had approached him about taking Martin's place!

A welcome return to Supersport competition for Australia's Andrew Pitt, substituting for the injured Sebastien Charpentier in the Ten Kate Honda squad. Pitt showed he's lost none of the touch that took him to the 2001 Supersport championship, finishing a strong second behind his temporary team mate, Kenan Sofuoglu. Pitt withstood a late challenge from Gianluca Nannelli in an incident-marred race that saw Kevin Curtain (Yamaha Germany) hospitalised wth deep lacerations following a three-bike pile-up on lap 9.

Toseland controlled much of the first stanza at Assen, but Noriyuki Haga (Yamaha Italia) and Ruben Xaus (Sterilgarda Ducati) briefly took their turn at the front before the race became a two man fight between Toseland and Haga. In the end, the Honda rider prevailed by 6 tenths of a second from Haga, Xaus completing the podium. Bayliss challenged in the latter stages, but eventually fell back to finish fifth, while Troy Corser (Yamaha Italia) fared worse, crashing on the penultimate lap. Josh Brookes and Karl Muggeridge (Alto Evolution Honda) both DNF'd with mechanical problems.

The second 22-lap bout boiled down to a man-on-man shootout between Toseland and Bayliss. Bayliss' nerves were more rock solid after Toseland ran too deep into the final chicane, allowing the Aussie to get better drive on the exit and earn victory by just nine thousandths of a second.

"It was an incredible race and there was lots of action," said Bayliss. "I take my hat off to James, he's riding stronger and is getting more and more confident all the time."

Steve Martin filled in for the injured Kevin Curtain in the Yamaha Germany Supersport team, while Andrew Pitt again rode for the Ten Kate squad, but it was Kenan Sofuoglu who recorded another dominant win. 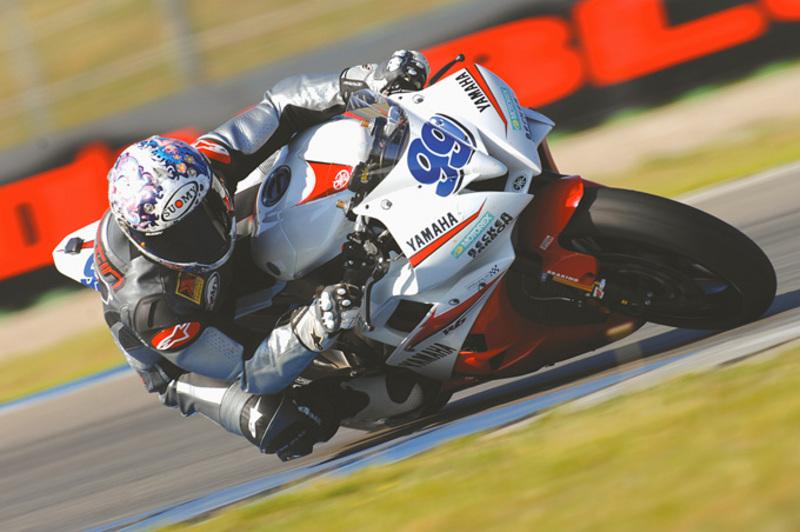