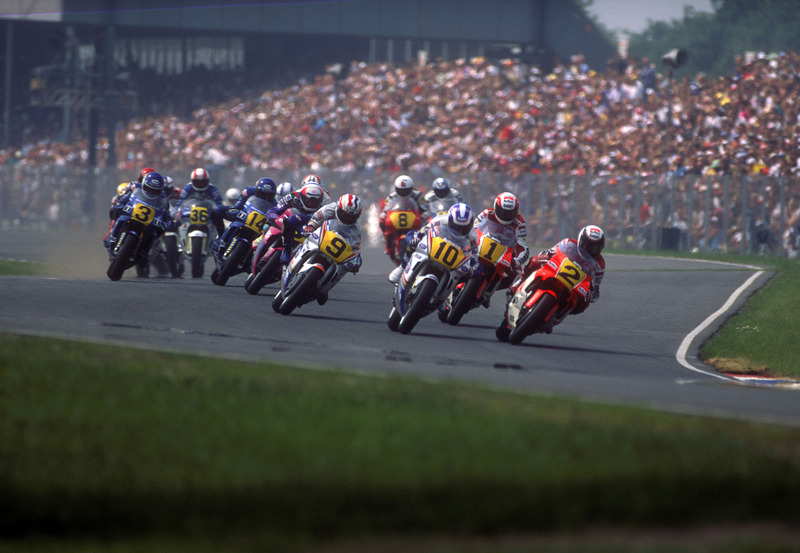 A trio of true legends from the world of Grand Prix motorcycle racing - Freddie Spencer, Wayne Gardner and Christian Sarron - will be revving up some incredible machines in the heart of London to launch 'World GP Bike Legends 2015'.
Three World Champions will announce all-new classic and racing motorcycle festival with exciting demonstration in central London this coming weekend.

A trio of true legends from the world of Grand Prix motorcycle racing - Freddie Spencer, Wayne Gardner and Christian Sarron - will be revving up some incredible machines in the heart of London to launch 'World GP Bike Legends 2015'.

All three former World Champions will be on Regent Street in the UK capital to announce the creation of this major new European classic and racing motorcycle festival, which will see grand prix motorcycles dating from 1980 to 2000 in 125cc, 250cc and 500cc classes racing against each other once more - many piloted by the legends of the period.

The 2015 spectacular, which has been inspired by classic race meetings such as the Silverstone Classic and the Goodwood Revival, will take place at Jerez in Spain on 19-21 June, and will offer bike racing fans a unique opportunity not only to see the incredible machines back together and racing flat-out, but also to get up close and personal with their Grand Prix motorcycle idols.

On Regent Street there will be a display of some of the bikes that took the legends to racing glory as well as a chance for autograph hunters and 'selfie' snappers to meet the riders. The amazing array of machinery includes two Rothmans Honda 500cc beasts and a 1991 Sonauto Yamaha which will be roaring down Regent Street in several captivating live demonstrations, plus there will also be an impressive display of static bikes including Kevin Schwantz's stunning 1993 World Championship-winning Lucky Strike Suzuki RGV500.

The bikes will be ridden by Spencer, Gardner and Sarron, who will all be on the World GP Legends stand at 11am on Saturday to talk about this exciting new event.

"We're so thrilled to be able to announce World GP Bike Legends this weekend. To have three superstar ambassadors at the official launch on Regent Street is certain to be a major draw for all bikers and bike racing fans, and we're sure the event in June next year is going to be something very special," said Nick Wigley, CEO of Goose Communications, the company that organises the Silverstone Classic, the Bonhams London to Brighton Veteran Car Run and the Regent Street Motor Show.

"The feedback we've had from everyone is that this is going to be a massive motorcycling event - it was a brilliant period of racing on two wheels and the chance to see the bikes and riders reunited and racing again will be a unique spectacle."

NOTE: The launch of World GP Bike Legends will take place on the 'mile of automotive style', which sees the famous street closed to traffic from Piccadilly Circus to Oxford Circus for the day, so that enthusiasts, shoppers, London residents and tourists can pore over a huge variety of mouth-watering machinery embracing everything from motoring's pioneers to the latest supercars. Last year it attracted more than 400,000 visitors.