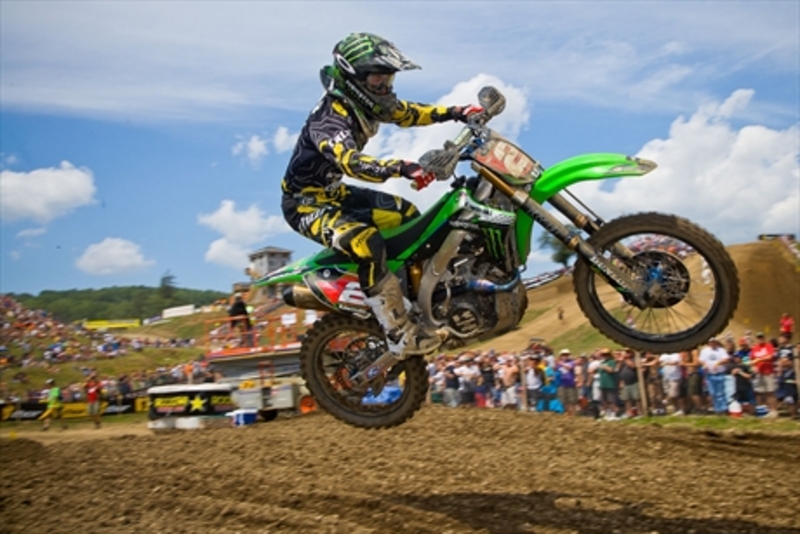 Villopoto took both moto wins on the new bike to extend his lead in the series
Monster Energy Kawasaki's Ryan Villopoto achieved perfect results as he debuted the new 2012 Kawasaki KX450F at the 9th round of the AMA MX Championship at Unadilla Sports Valley Centre in New Berlin, N.Y. USA.

Villopoto took both moto wins on the new bike to extend his lead in the series. Team mate Jake Weimer tied his best result of the season on the 2012 KX taking 6th overall and Monster Energy Pro Circuit Kawasaki rider Dean Wilson extended his series lead in the Lites class on board the KX250F.

With the 9th round of the series falling on his 23rd birthday, Villopoto had a lot to be happy about at Unadilla. At the team's first meet on board the new 2012 KX450F, Villopoto immediately shone, qualifying in pole position. In both motos, Villopoto found the lead by the half way mark and came away with 1-1 results and a 7 point lead in the Championship.

Ryan Villopoto says, "I knew that I would be bummed today with anything less than a win and I was able to put two good motos together. It was great to get the opportunity to try out the new KX450F and it seems to fit me well already. This win came at a great time and helped me move six more points into the lead."

"The bike has been really easy to transition to from the 2011 model. Obviously the 2011 bike has been good to me since I won the AMA Supercross Championship on it, but Kawasaki has found a way to make the bike even better. I'm really happy that we get to finish the season out on it."

Ryan Villopoto's team mate, Jake Weimer, also enjoyed good results on board the new KX450F. With two good starts and showing some of his best speed of the season, Weimer was looking good for a series best finish until a collision with another rider in the second moto put him outside of the top five. Weimer had to settle with equalling his season best result of 6th overall.

Weimer says, "I am really having fun with the new bike and I know it showed out there on the track."

Monster Energy Pro Circuit Kawasaki continued their total domination of the Lites class where riders have filled the top three spots on the podium and in the Championship standings for the majority of the season. Dean Wilson took 1-1 at Unadilla to extend his lead in the Championship to 25 points over team mate Blake Baggett who came away with 2nd for the day after posting 2-3 results. Tyla Rattray, who currently sits 3rd in the Championship, took 3-36 for the round. He had to retire early from the second moto after a heavy opening lap crash.

Monster Energy Kawasaki riders not only toasted a successful round for the riders and the 2012 KX450F at Unadilla, they also celebrated the inclusion of two riders in the USA's MX of Nations team that will head to France in September. Ryan Villopoto and Blake Baggett have been invited to compete for their country on the world stage. Baggett will be lining up in France alongside Monster Energy Pro Circuit Kawasaki team mates Dean Wilson and Tyla Rattray who will be riding for the Great Britain and South African teams respectively.

The AMA Kawasaki riders get a weekend off from competing before a final flurry of the last three rounds that begins at MX388 in Southwick, Massachusetts on 27 August. 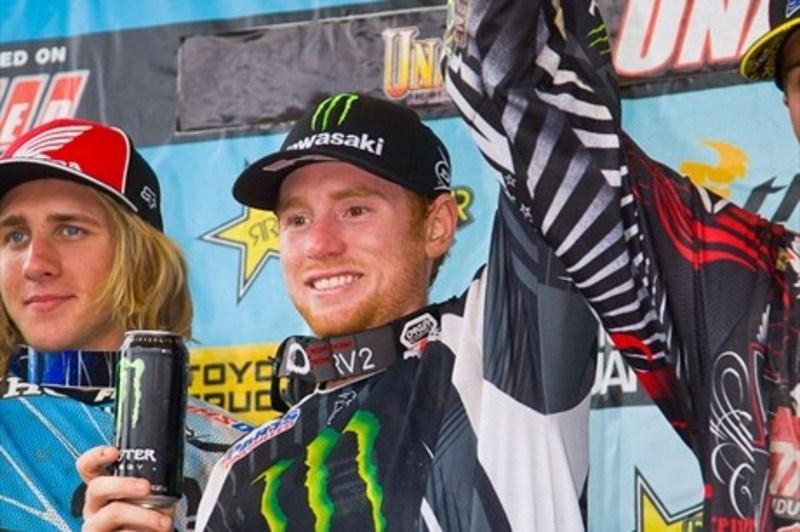 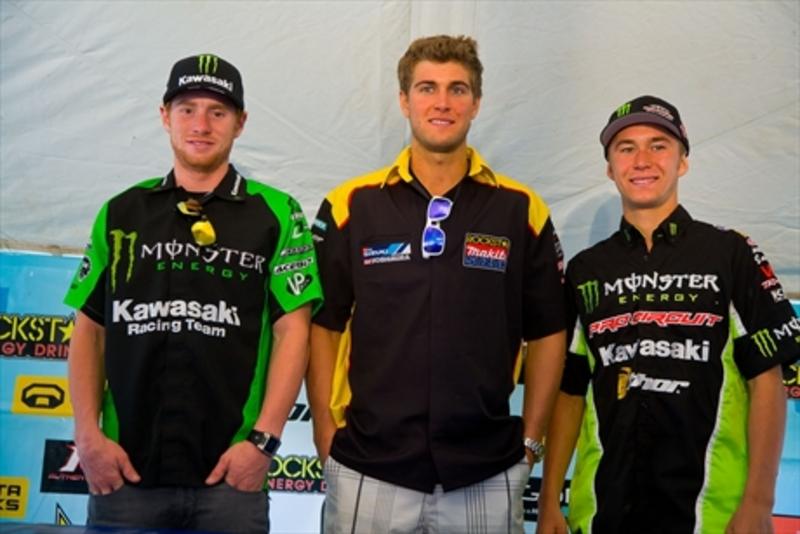