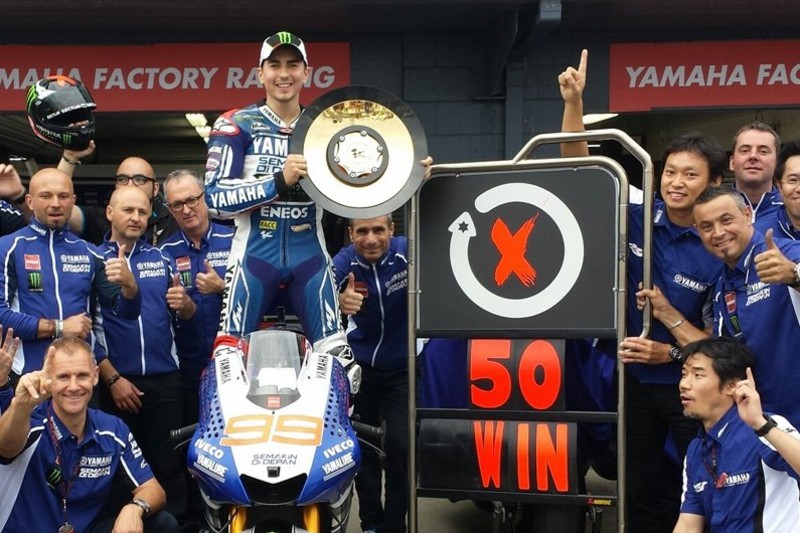 Lorenzo has scored 29 wins in the premier class, 17 in 250cc and 4 in 125cc. The Spaniard's first win, in the 125cc class, came at Rio de Janeiro in 2003.
Sunday's win for Jorge Lorenzo at Phillip Island marked the 50th time the Spaniard has stood on the top of the podium since starting in MotoGP.

The 2013 Tissot Australian Motorcycle Grand Prix win was Lorenzo's third here, and one of his most dramatic so far, dealing with the challenge of compulsory bike changes and light rain. Lorenzo's previous Phillip Island victories came in the 250 class in 2006 and 2007.

"It is incredible to have achieved 50 Grand Prix victories at 26 years of age," commented the reigning World Champion. "It only seems like yesterday when I won in Brazil in 2003, but it has been ten years. I am very proud of this and I hope to win a few more in the future!"

Only six others riders in the history of the World Championship (dating back to 1949) have achieved more wins than Lorenzo's 50: Giacomo Agostini, Valentino Rossi, Angel Nieto, Mike Hailwood, Mick Doohan and Phil Read. Only Rossi and Hailwood had more victories than Lorenzo by the time they were 26.

Two-time title winner Casey Stoner achieved 45 victories across his world Championship career and, of the other current riders, only Dani Pedrosa nears Lorenzo's win tally, with 48 victories to his name. 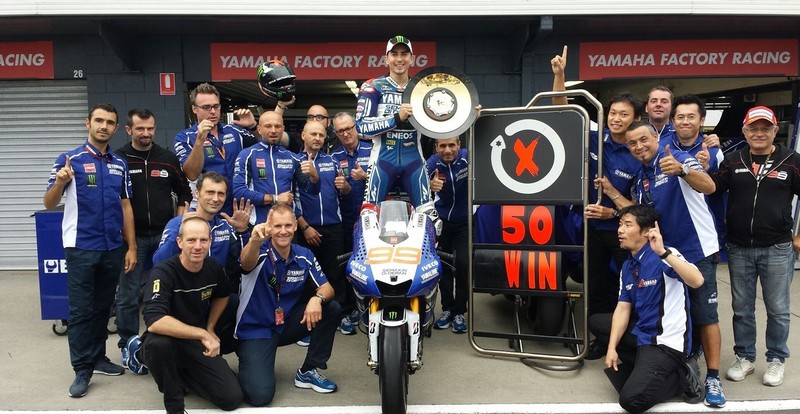