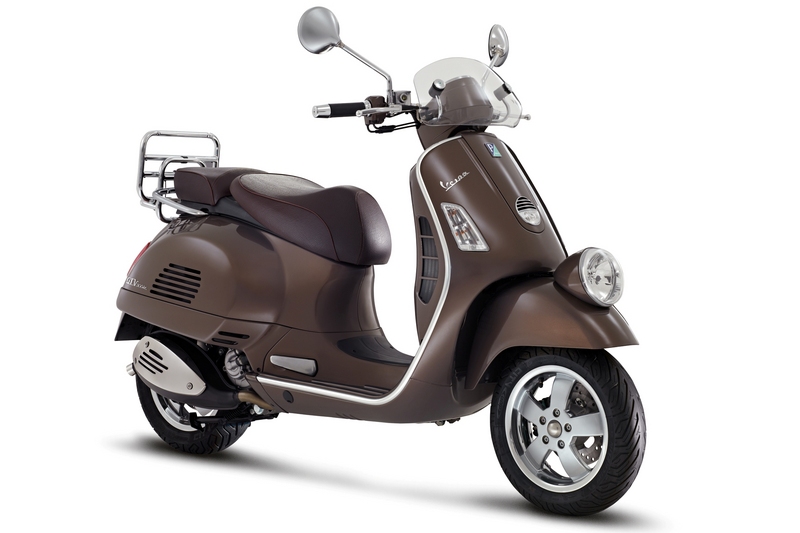 The 'Vie della Moda' badge is apparenty inspired by "the most famous street signs in the world's glamour capital", which is Milan, in case you were wondering, although there is a Vie della Moda in Rome, too, apparently!

The new GTV 300ie, one of the most prestigious in the current Vespa lineup, has a number of 1950s and 60s-influenced retro styling cues, with the special edition dressed up in "Marrone Etna" (Volcanic Earth). Exclusive to the new Vie della Moda model, the smooth chocolate colour distinguishes it from the "Rosso Chianti" version of the Vie della Moda GTV 300ie previously released in Australia.

The GTV's front mudguard-mounted headlight is a reference to the earliest Vespa, as are the handlebars - a simple exposed metal tube. The two-seat saddle in "eco-leather" is split into two separate sections, as per the original Vespas. Wheels are chromed, five spoke style.

While the styling touches on the Vie della Moda might be old, the powerplant certainly isn't. The new GTV model is powered by a 300cc liquid cooled 4-stroke 4 valve engine with electronic injection and Euro3 compliance.