Most JUST BIKES readers will have no doubt heard of the Kawasaki Mach III H1, as well as its Mach IV H2 sibling, even if they've never ridden one or even seen one in the metal.

Released in 1969, the H1 was characterised by a 499cc two-stroke three-cylinder engine; a powerplant created primarily to meet the American market's demand for motorcycles with more power.

The H1 certainly delivered on the power front, but was relatively refined and reliable, too. CDI ignition was a modern feature for the time, while the reliability of the engine and standard of finish was arguably better than most American, British and European machines of the period.

There's a caveat with that, though. Below 4000rpm, the H1 was a reasonably docile machine, but wind the throttle up over 5000rpm, and especially into the 7000+rpm range, and the character of the Kawasaki triple changed markedly. The two-stroke delivered gobs of power and delivered it quickly. A maximum of 60hp (around 44.5kW), top speed in the 160km/h range and 13 second quarter mile times were all achievable on the H1 in stock form.

Like a lot of its Japanese contemporaries, though, the H1's frame development hadn't kept pace with that of the engine. Nor had its brakes. Combined with inadequate (for the power) suspension and steering, as well as a rearward weight bias, it was easy for things to get out of hand on a H1 when the wick was wound up - it wasn't for nothing that this bike was given the nickname of 'The Widowmaker'.

Year-on-year improvements, like a front disc brake, steering damper and frame strengthening never really tamed the H1's unforgiving handling at high speeds before it was replaced by the tamer KH500 at the end of 1975.

Those very same characteristics that made the H1 such a handful at speed on the road also meant it was a potential champion on the track. Best exponent of this was New Zealand's Ginger Molloy, who raced a H1 triple in his last season of Grand Prix competition.

A stalwart for Bultaco in his previous five Grand Prix seasons, Molloy took on the challenge to turn the Kawasaki into a race-winner in 1970.

Up against a dominant Giacomo Agostini, who won eleven races in that year's twelve-race season, Molloy scored a quartet of runner-up finishes, as well as a couple of other top five results. While he couldn't stop 'Ago' from claiming the 1970 500cc crown, Molloy did finish second overall it what was the most noticeable performance on the world stage for both he and the H1.

With a little of that racetrack heritage in mind, Valtoron transformed their H1 into a machine with a bias toward the circuit.

The H1's thin and stubby original swingarm has been replaced with a modified item from an '80s-era GPz 550, while the 19-inch-18-inch front/rear wheel combo has been changed, too: Spanish-made Morad 18-inch rims now grace both ends, shod in Bridgestone Battlax rubber (110/90 at the front, 130/80 rear). The smaller front wheel, in Valtoron's estimation, further improves the bike's balance, but probably doesn't do much for the steering.

The same "race" thinking behind this build saw the Delgados apply some extras to La Bomba's engine as well. An Electrex electronic ignition and full custom exhaust system have been added, with the latter featuring modified expansion chambers.

The carbies are the H1's stock Mikuni VM28SC units, but pod filters have been added, the inlet ports have been worked over and the pistons are new Wiseco high-compression type.

All these modifications have resulted in an engine that produces over 70hp (52+kW), according to the Delgados. The H1 two-stroke's famed snap-on power now has a bit more "snap", too, thanks to the addition of a quick-action throttle.

As documented in the previous Valtoron project, the Delgado brothers are as much artists as they are artisans, with sculptures of all sorts produced at their foundry in Valdetorres del Jarama near Madrid before they turned their skills to motorcycles.

Like the previous La Loma, all of La Bomba's bodywork is in metal, specifically cast aluminium. This is done using clay moulds for the casting, while the aluminium alloy itself is all recycled.

A particular feature of Valtoron builds is that all this custom-cast metal is left bare – no paint is used.

Also typical of a Valtoron build is the detailing in things like the badging and the fuel cap. Like the aluminium bodywork, this is also cast using clay moulds, but the alloy is bronze in this instance.

Quirky touches on La Bomba include the suede saddle, also with a Valtoron logo stitched in, with suede wrap used on the grips of the clip-on bars.

The brake master cylinder is from a Yamaha R6, while the rearsets are custom one-offs.

The final touch, and one you can't help but notice, is the headlight. The light itself came from a Zundapp, but the ring around it, secured to the light by hooks and cord, gives this part of La Bomba something of a steampunk vibe. Like the other metalwork, this ring and its supporting brackets are Valtoron's own work.

While Valtoron's custom motorcycle output may not be prodigious, it's certainly impressive and, in many ways, unlike anything else in the modern custom bike scene.

If you like what you see here, more creations from the Delgado brothers can be found at transformacionesvaltoron.wordpress.com, as well as their Facebook page.

Special thanks to Kristina Fender for assistance. 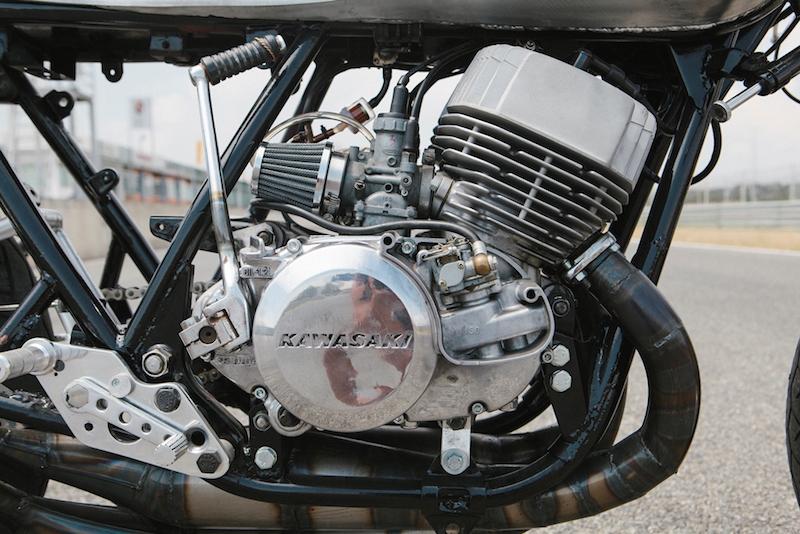 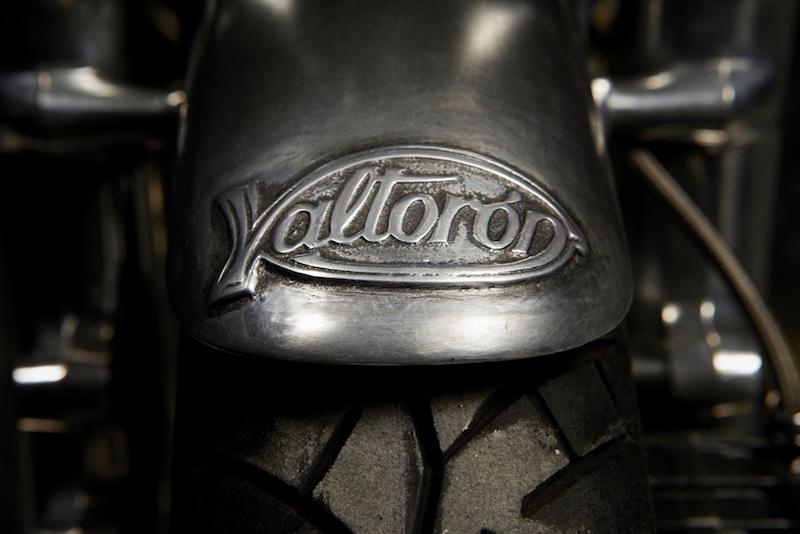