Motorcycle sport has lost one of its most popular and likable champions in Nicky Hayden, who died on 22 May as the result of injuries sustained on 17 May.
Following the Imola WSBK round on 13-14 May, Hayden had been cycling - part of his training and fitness regime - with a group near Rimini in Italy when he was hit by a car and suffered severe head and chest injuries. Following immediate attention at a local hospital, Hayden was transferred to the Maurizio Bufalini Hospital in Cesena for further treatment.
The severity of Hayden’s injuries meant that, despite the best efforts of the medical staff at Maurizio Bufalini, he succumbed on the evening of 22 May. Reports indicate that Nicki’s mother Rose, brother Tommy and fiancée Jackie Marin were at his side when he passed away.

World Superbike’s Loss
While a few have tried, no rider has yet achieved the “double” of a MotoGP and World Superbike crown. It was thought that Hayden may well be the rider to break that duck.
On debut in WSBK last year, the American impressed almost immediately, finishing fourth in his first race at the familiar Phillip Island circuit. His first podium came at Assen (Round 4), followed by his first WSBK race win at a wet Sepang two rounds later.
Through the remainder of the 2016 season, Hayden finished third on two more occasions (Laguna Seca and Lausitzring) to finish his debut World Superbike season in fifth place.
This year, the Red Bull Honda World Superbike Team saw Hayden joined by new team mate Stefan Bradl and an all-new Honda CBR1000RR Fireblade SP2. The latter brought with it a number of problems, not least of which was limited development time before the season started. This was reflected in Hayden’s performances in the opening rounds of this year’s championship, where he was chasing set-up and development at race weekends, rather than in pre-season testing. As such, his best result for the year had been a seventh in Race 2 at Buriram, Thailand (Round 2).
The most recent (at press time) round of the WSBK championship at Donington saw the entire field join the Red Bull Honda World Superbike Team in mourning Nicky’s passing, with riders, team members and fans all carrying American flags or Hayden’s ‘69’ race number. The weekend’s race winners also wore ‘69’ t-shirts on the podium.
That respect continued at the Mugello MotoGP round, where the likes of Rossi, Marquez and others also carried Hayden’s number on their bikes or helmets on race day.
At time of writing, no announcement has been made on who will replace Hayden in the Red Bull Honda World Superbike Team for the remainder of the 2017 season.

Hayden’s Racing Story
Born on 30 July, 1981, into a family of keen dirt bike and flat track racers, it’s no surprise that Nicky Hayden gravitated to motorcycle racing in his early years.
As a four year old, Nicky had his first race win and, like his brothers, graduated from flat track competition in his native Kentucky to Grand National then AMA road racing at a young age.
He won the AMA Supersport Championship in 1999, then the AMA Superbike title with Honda in 2002, being the youngest rider to do so. That same year, all three Hayden brothers filled the podium at an American TT race: Nicky first; Tommy second and Roger Lee third.
Hayden joined the MotoGP circus in 2003 on a factory Honda alongside Valentino Rossi. In that rookie season, he took two podiums; at Motegi and Phillip Island. More followed in 2004, but 2005 was Hayden’s breakout year, where he claimed his first pole, then his first race win at Laguna Seca.
With Rossi now at Yamaha, the 2006 season was set to be a clash between the successful Italian and the improving American. After being taken out of a race by team mate Dani Pedrosa late in the season, it looked like Rossi would take a sixth straight MotoGP/500cc title, but the final round at Valencia saw the cards fall Hayden’s way and he won the 2006 MotoGP World Championship.
After two more seasons with Repsol Honda, Hayden switched to the factory Ducati team in 2009, and like all bar Casey Stoner, found the Desmosedici a tough beast to master. In five years at Ducati, he scored three podiums before moving to the satellite Aspar Honda team for the 2014 and 2015 seasons.
In his final MotoGP race in 2015, Hayden was given ‘Legend’ status and inducted into the FIM MotoGP World Championship Hall of Fame – appropriately at Valencia, the same circuit where he secured the championship nine years earlier.

Sad Farewell
Last year, Aussie fans were fortunate enough to see Hayden in action twice, when he deputised for the injured Pedrosa at the Australian MotoGP round.
Those around the paddock who got to know Nicky even briefly describe him as a warm, generous and genuine character – away from the spotlight, he was also remembered as being cheeky and a funny bugger.
The respect Hayden gathered extended beyond motorcycle racing, too, with the likes of Lewis Hamilton, Mark Webber and Sebastian Vettel posting messages of condolence on hearing of his passing.
A funeral service, held in Hayden’s hometown of Owensboro, Kentucky, on 29 May, saw more than 2,000 motorcyclists take part; far in excess of the 200 expected.
There are many people who would have a lot to say about the Kentucky Kid, but perhaps the man himself best sums it up with the following quote, which was presented along the champion’s race bikes at Mugello.

“Racing motorcycles is just a way of life for me. It’s what I know, it’s what I’ve always done, my family do it, my friends do it, and it really is more than just a job. It’s a passion.”

JUST BIKES extends its sympathies to Hayden's family and friends, as well as past and present team mates and team members.
Ride on Kentucky Kid. 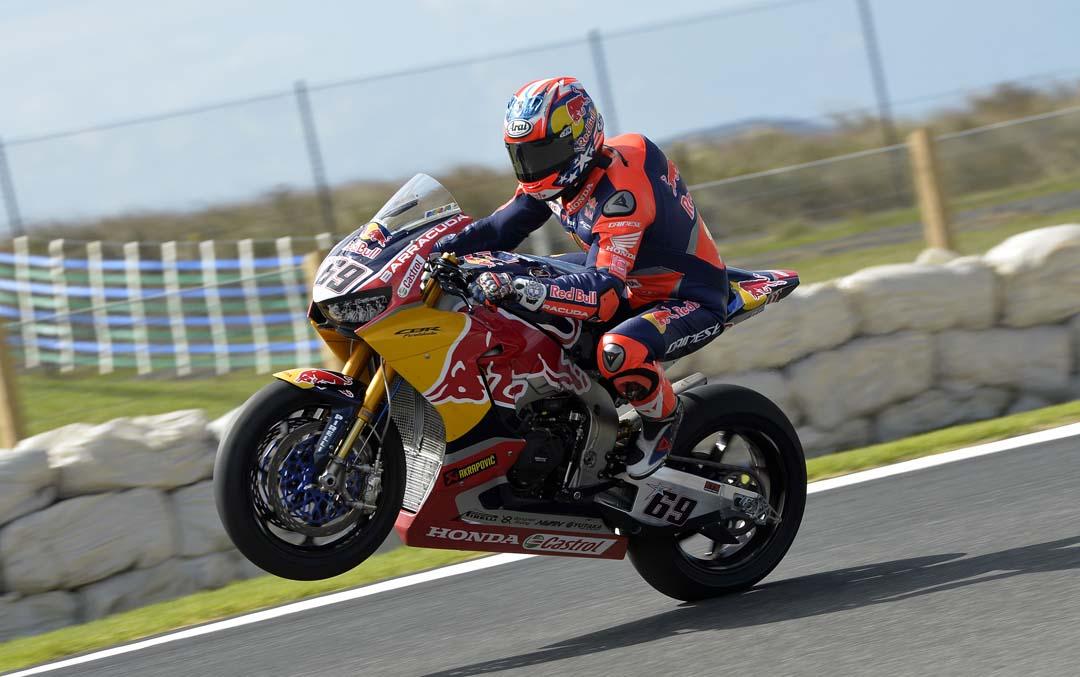 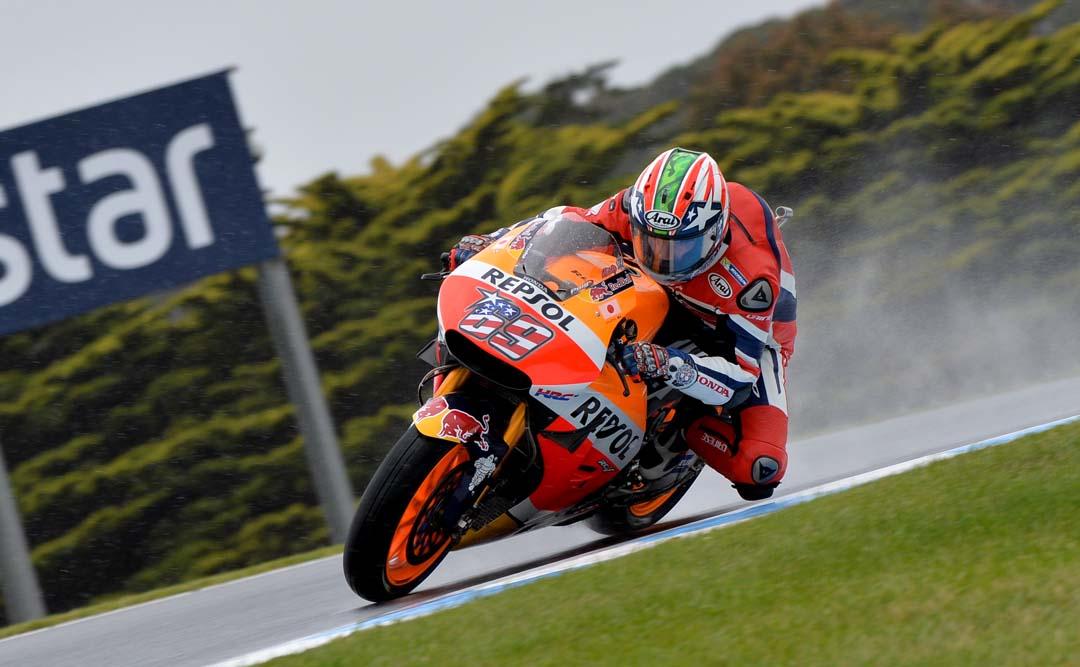 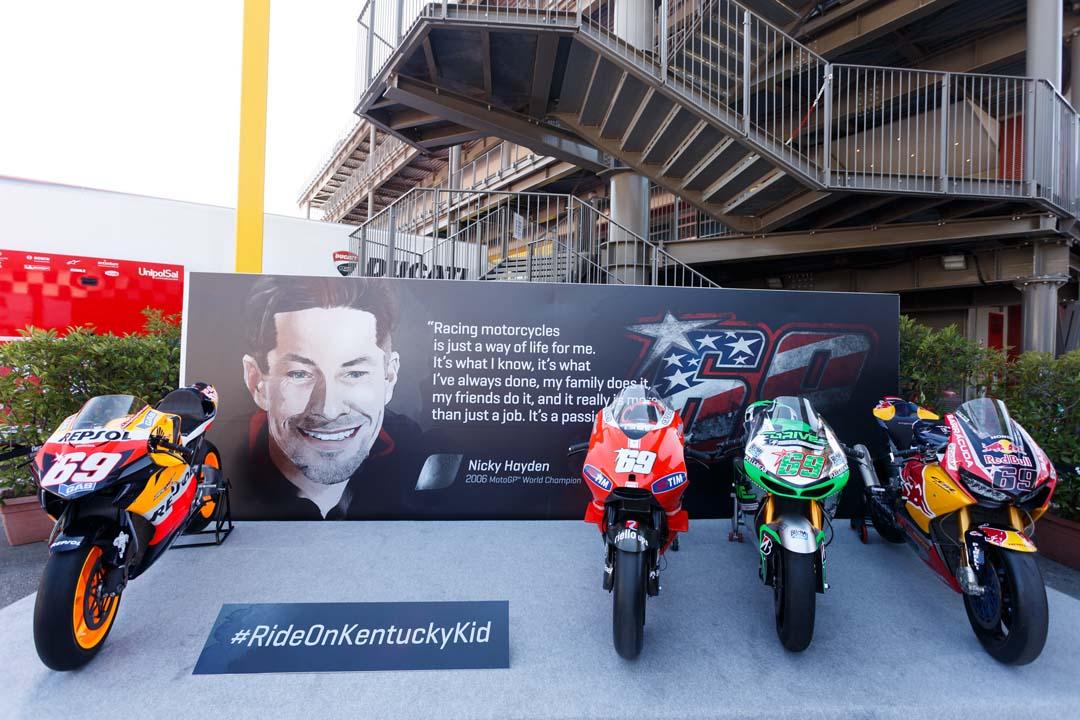 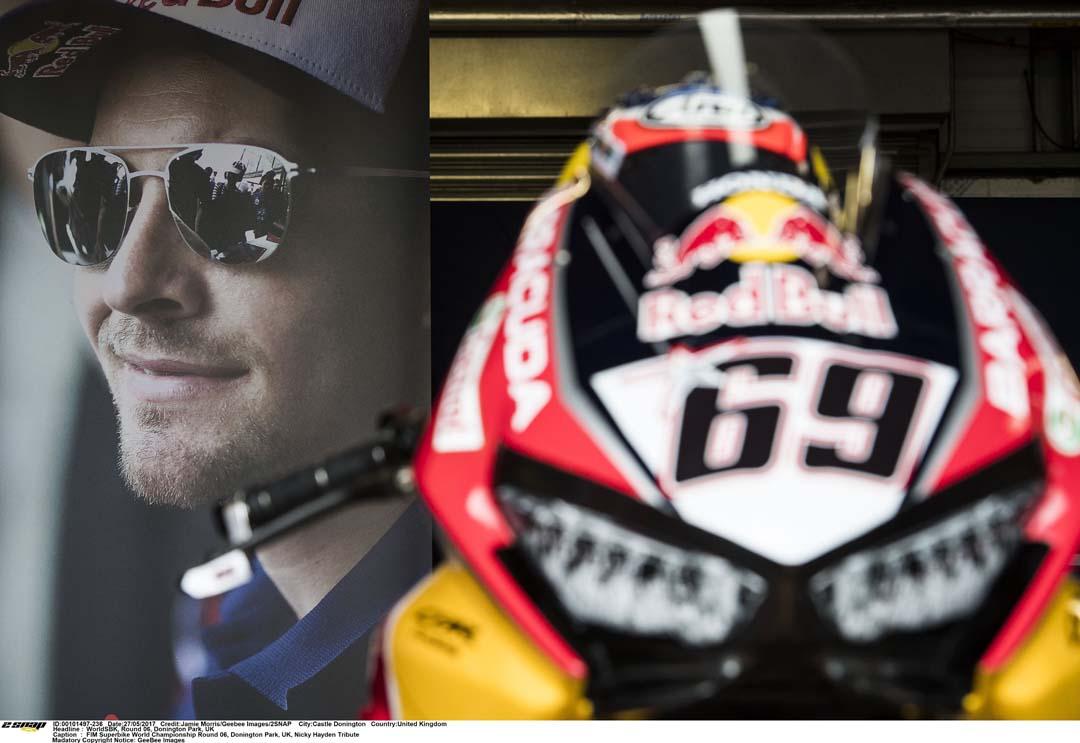 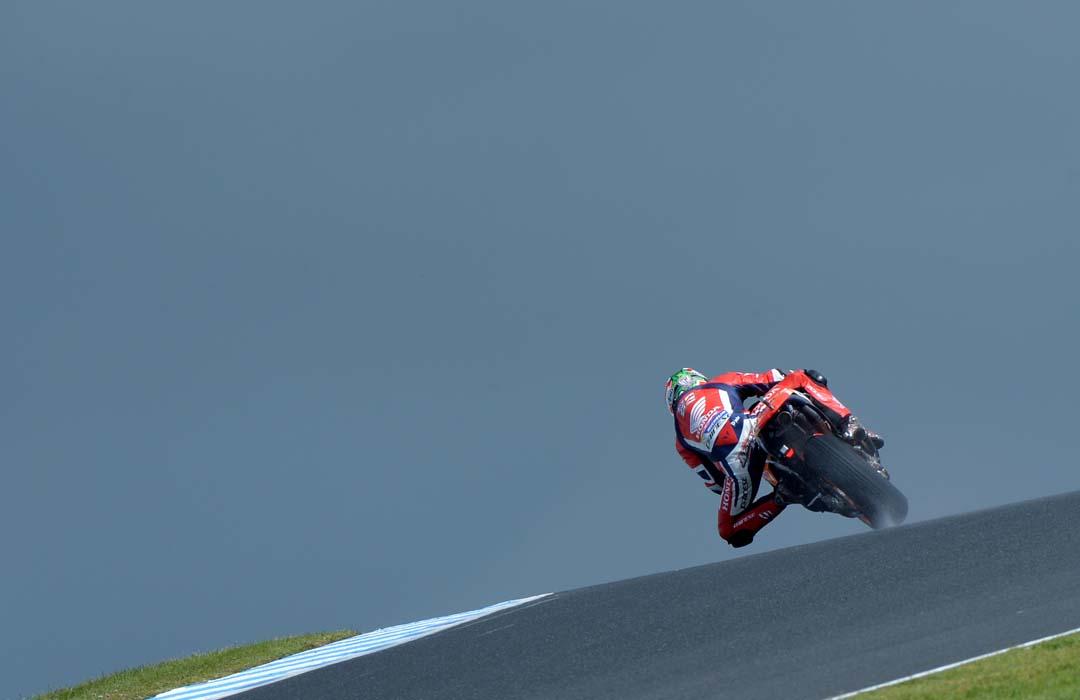