Burns & Co’s final Classic Car Auction for 2021 has a highlight for bike fans in the form of the Ducati that Troy Bayliss rode in his 2018 ASBK comeback season. 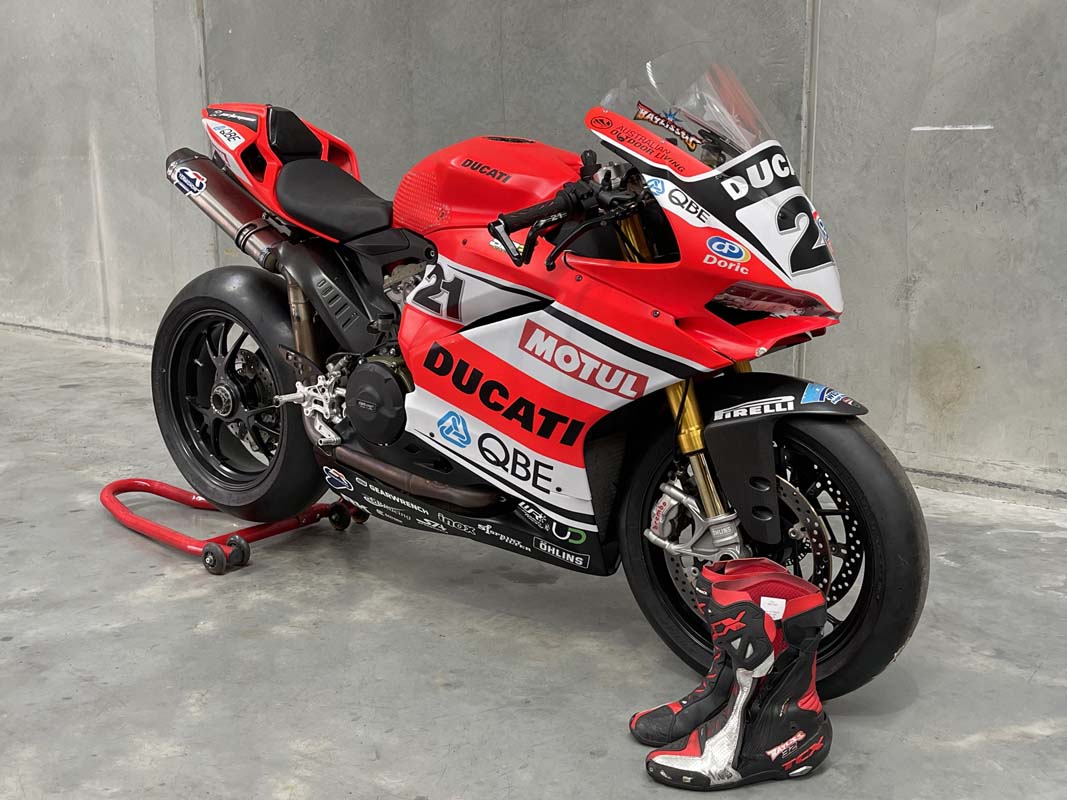 The 1299 Panigale R Final Edition will join 60 desirable classic, collectable and competition cars, as well as number plates, collectables and memorabilia at the auction event. 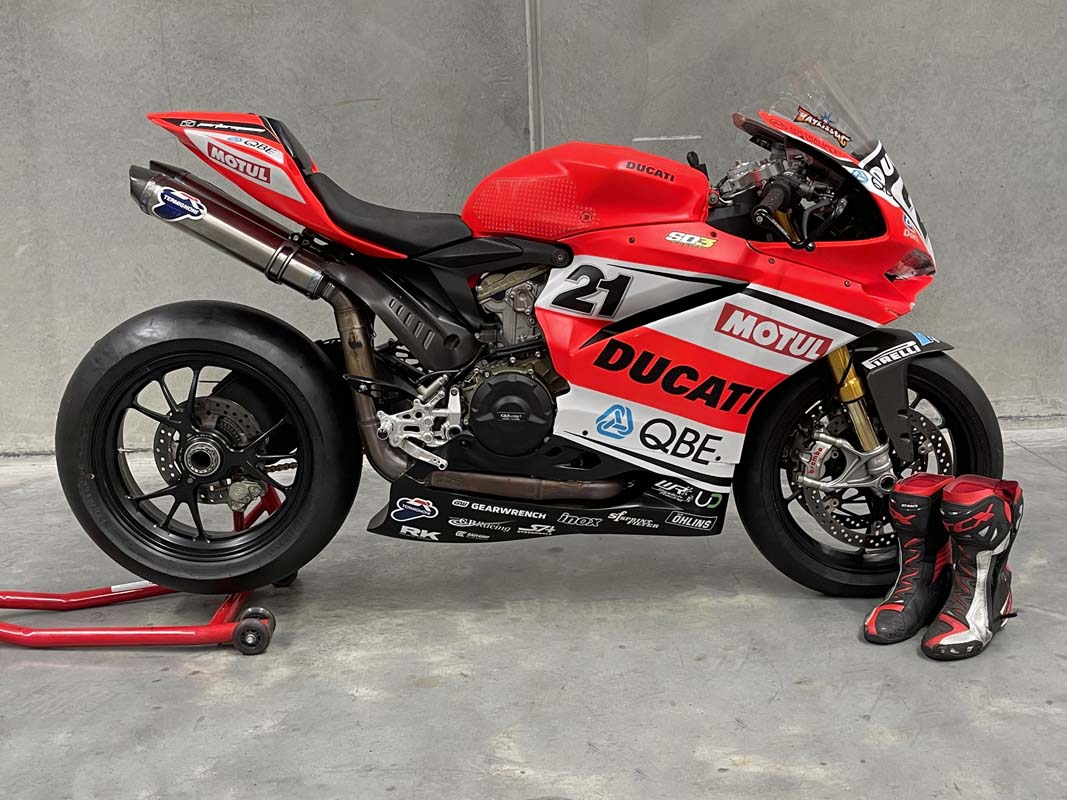 For auction details, pre-auction inspection times, how to register for bidding and the full auction catalogue, click HERE.

Several high-profile automotive lots from this auction have already attracted strong interest, including high five- and low six-figure pre-bid sums. Part of the reason for this is Burns & Co’s low buyer’s premium of just 9.9 per cent on vehicles. 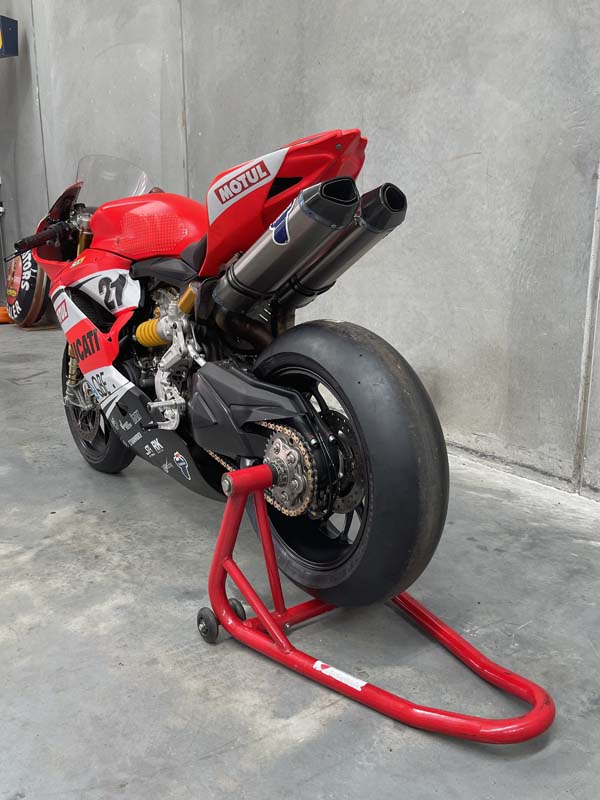 The history of this bike goes back to 2017, when Troy Bayliss announced he would make a return to the Australian Superbike Championship (ASBK) for the 2018 season, aiming to win the national title that had eluded him. Bayliss had previously finished runner-up in the national Superbike series before he focussed on international competition, where won three World Superbike Championships and a MotoGP race – all with Ducati machinery.

Bayliss said at the time that the idea of a comeback had been brewing for a while, but he only committed to an ASBK return when he felt his fitness and racecraft were at a level that would ensure he was competitive.

Riding for the Desmosport Ducati team of which he was also a co-owner, Bayliss was 49 at the start of the 2018 ASBK season, making him the oldest competitor in the field. If he was to win the title, he would also become the oldest national level Superbike champion in the world. 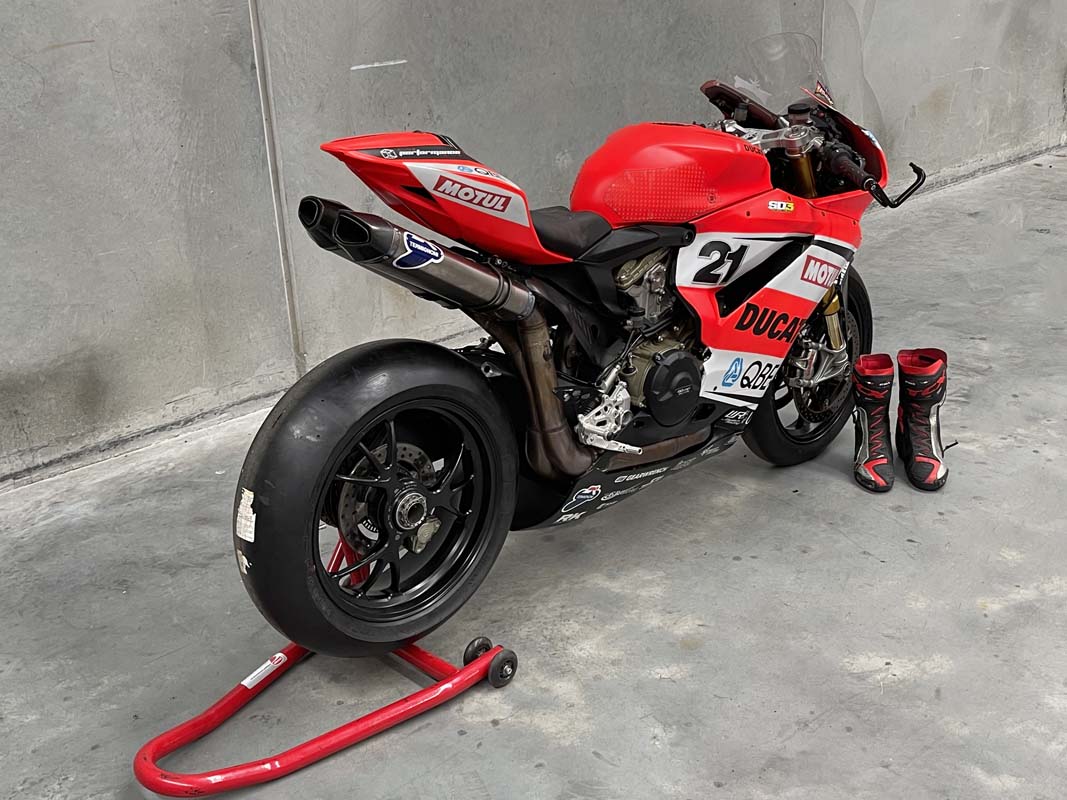 Bayliss’s mount was a Ducati Panigale 1299 R Final Edition, a limited-edition model derived from the 1299 Superleggera and powered by a 1285cc L-twin engine producing 154kW and 142Nm in street trim. Prepared to category regulations by Desmosport Ducati (which included the addition of a Termignoni exhaust), the bike was backed by numerous sponsors and carried the famous ‘21’ with which Bayliss won his three World Superbike titles. 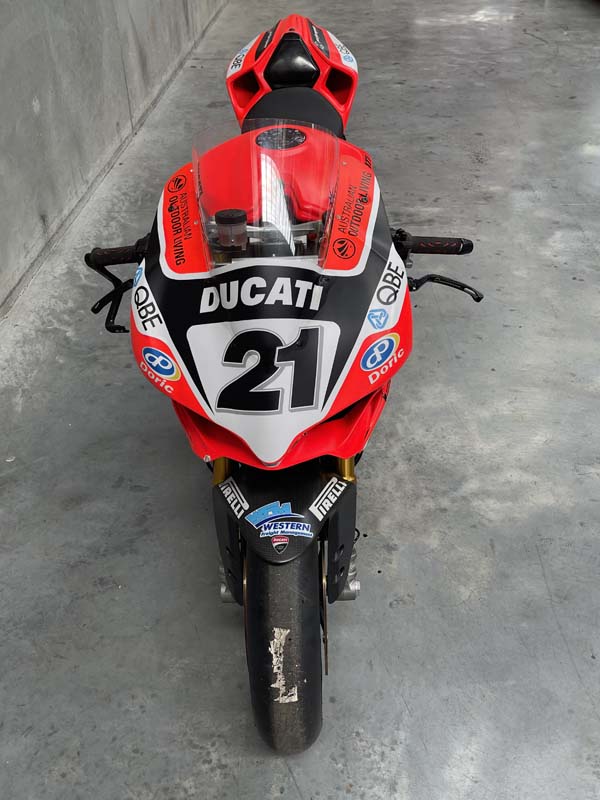 After finishing in the bottom of the Top 10 in pre-season ASBK testing at Phillip Island, Bayliss qualified this bike in third place for the opening round at the same venue a month later. On track to win in his first ASBK race in more than twenty years, Bayliss finished just short of victory in his return, but proved he was competitive, backing up his runner-up placing with fifth and sixth place finishes in the opening round’s other races.

For Round 2 at Wakefield Park, Bayliss finished in the top six again, then took another podium at the following round at The Bend before his breakthrough race win at the Hidden Valley ASBK round in July. 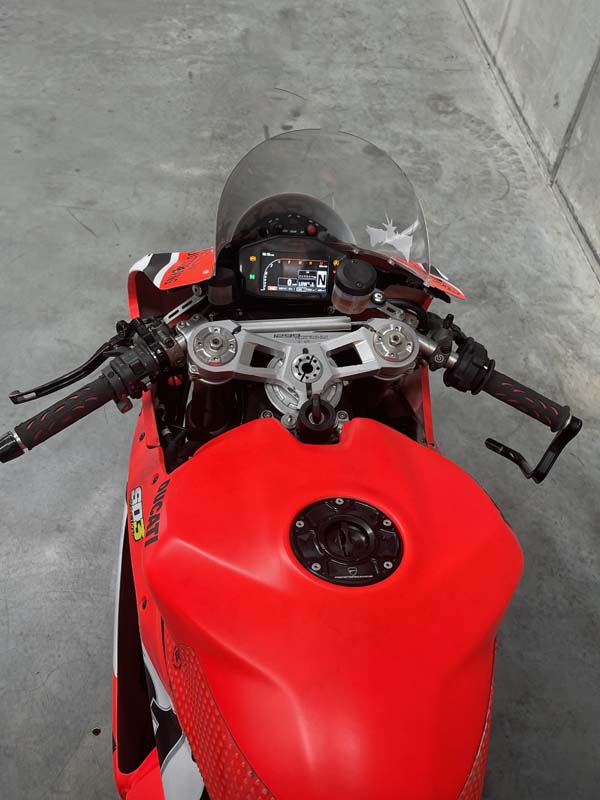 In the subsequent rounds at Morgan Park, Winton and Phillip Island, Bayliss finished off the podium only once, took another race win on this bike at Phillip island and ultimately finished his comeback season third overall behind series champion Troy Herfoss and three points away from runner-up Wayne Maxwell.

While Bayliss committed to a second assault on the ASBK title in 2019, those dreams ended following a heavy crash in the opening round, leading to Mike Jones being drafted in as a replacement and ultimately winning that year’s ASBK championship for Desmosport Ducati. 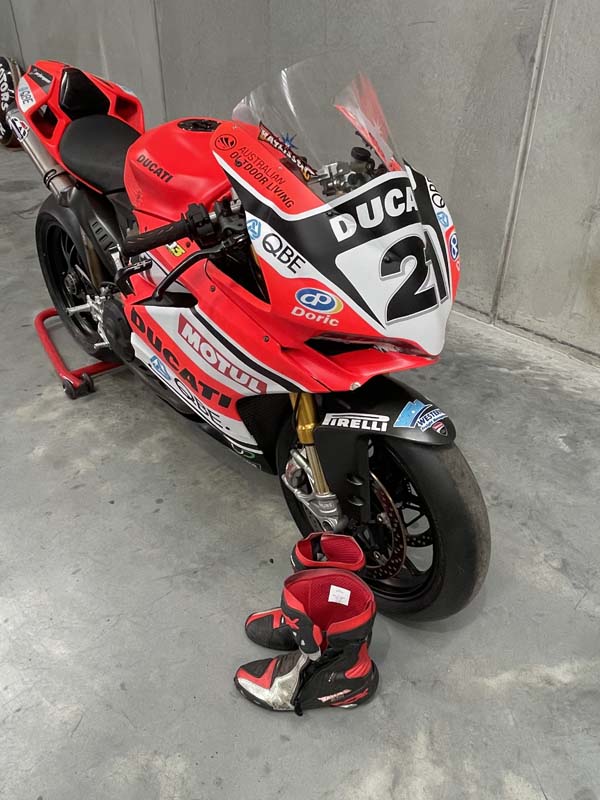 Since that 2018 ASBK season, this 1299 Panigale R Final Edition has been maintained, but barely used, so comes to auction virtually untouched from its racing days. A near-new set of Pirelli racing slicks have been fitted and a pair of TCX RT-Race boots from Oli Bayliss (Troy’s son) will be included with the sale. 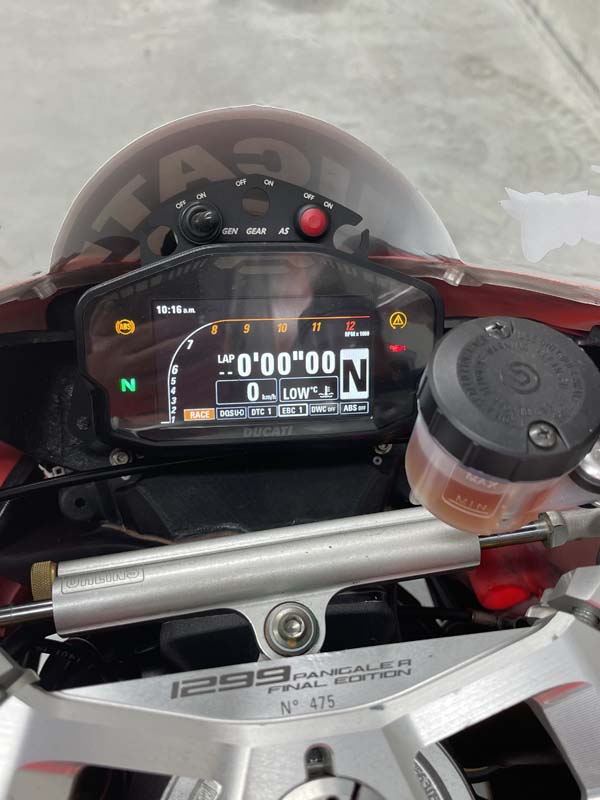 While the Panigale 1299 R Final Edition is already desirable, this unit, number 475 of only 1,299 produced, is extra special given it was raced – and raced to victory – by an Aussie motorcycling legend.