After breaking new ground with the release of the 1160cc-engined Speed Triple RS earlier this year, Triumph have done it again with the Speed Triple 1200 RR. 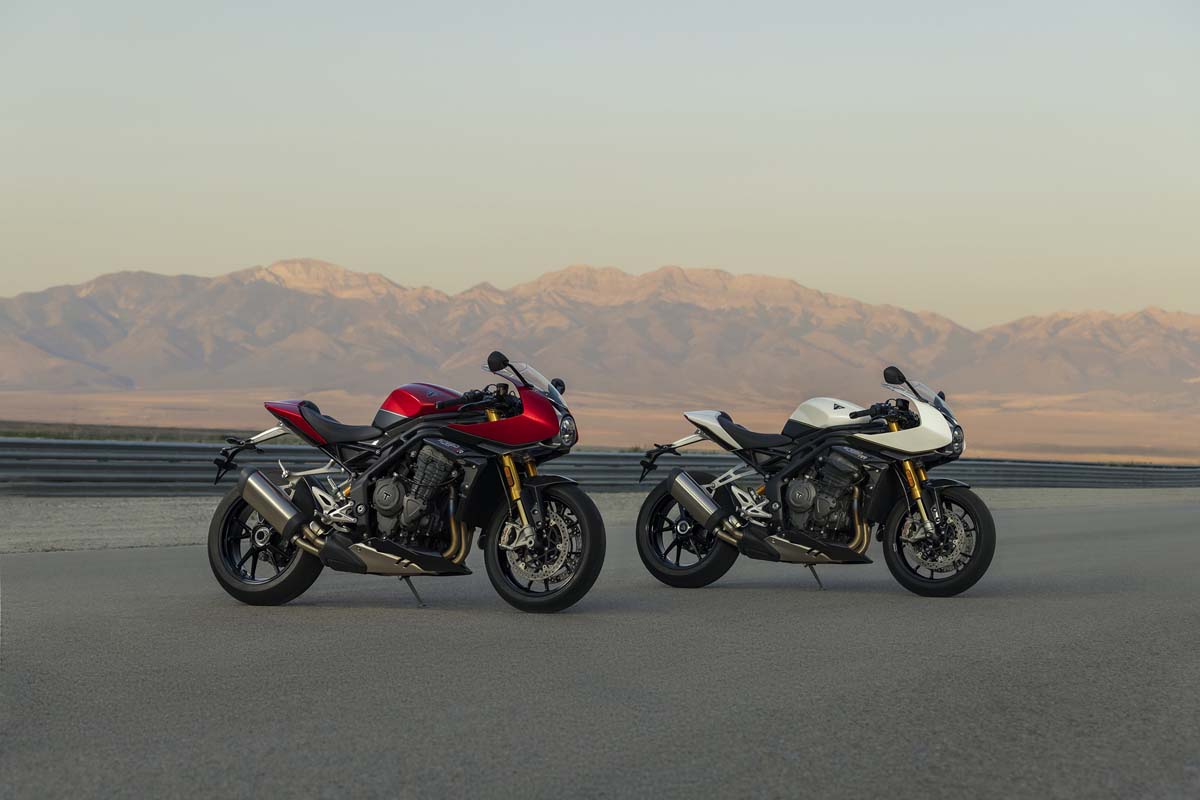 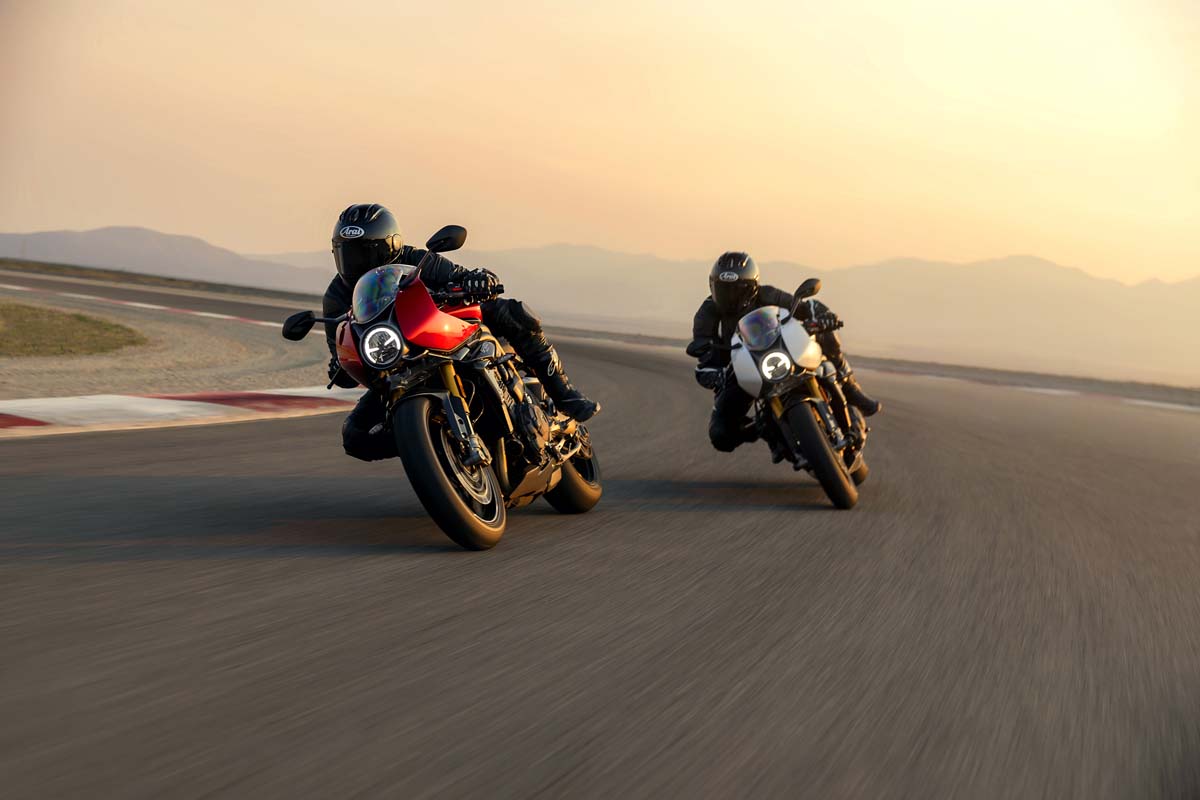 Officially revealed on 14 September, the Speed Triple 1200 RR has been described as a modern day café racer and is defined by its compact fairing, which does a remarkable job in hiding the new model’s resemblance to the RS that includes the frame, engine, wheels tank and most of the same rear bodywork. 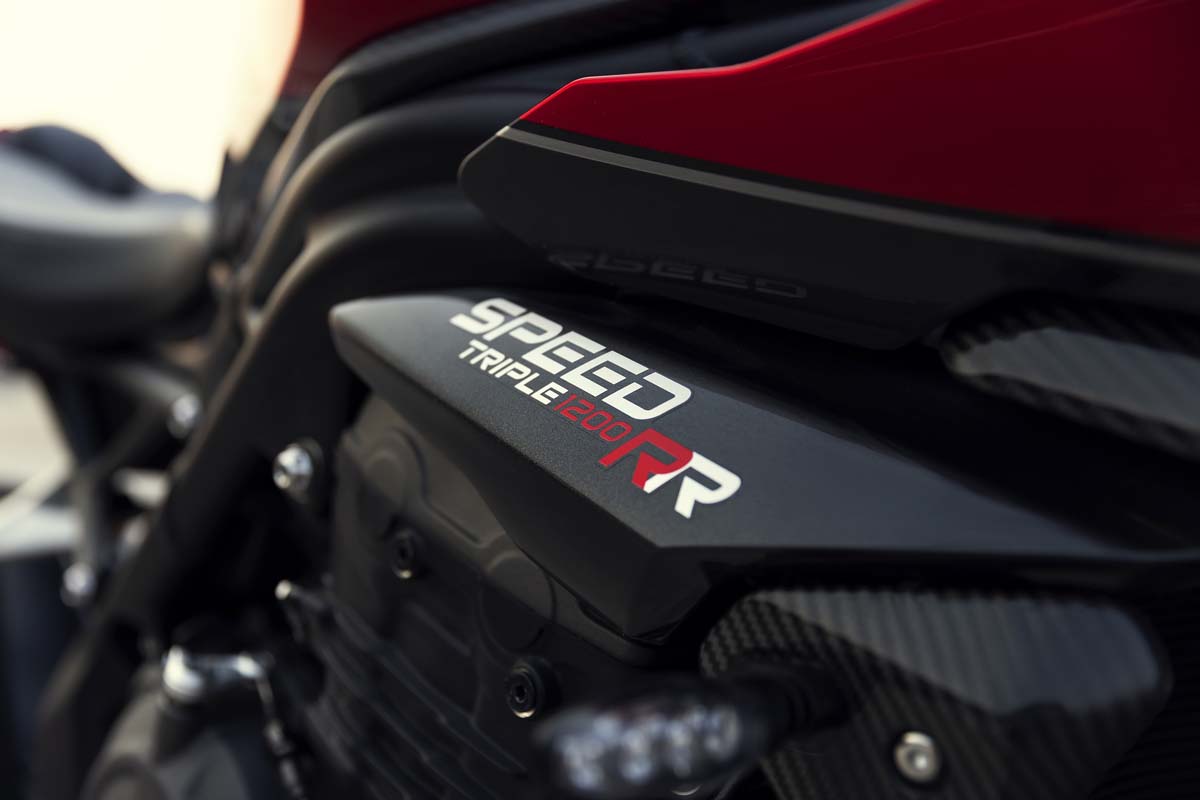 Also playing a part here is the single retro-look headlight – a major departure from the twin ‘bug eye’ lights on the RS. There’s also a conscious effort to hide cabling and hoses, adding to the fairing’s sleek look, while carbon fibre infill panels in selected areas and a carbon fibre front mudguard give a modern touch. 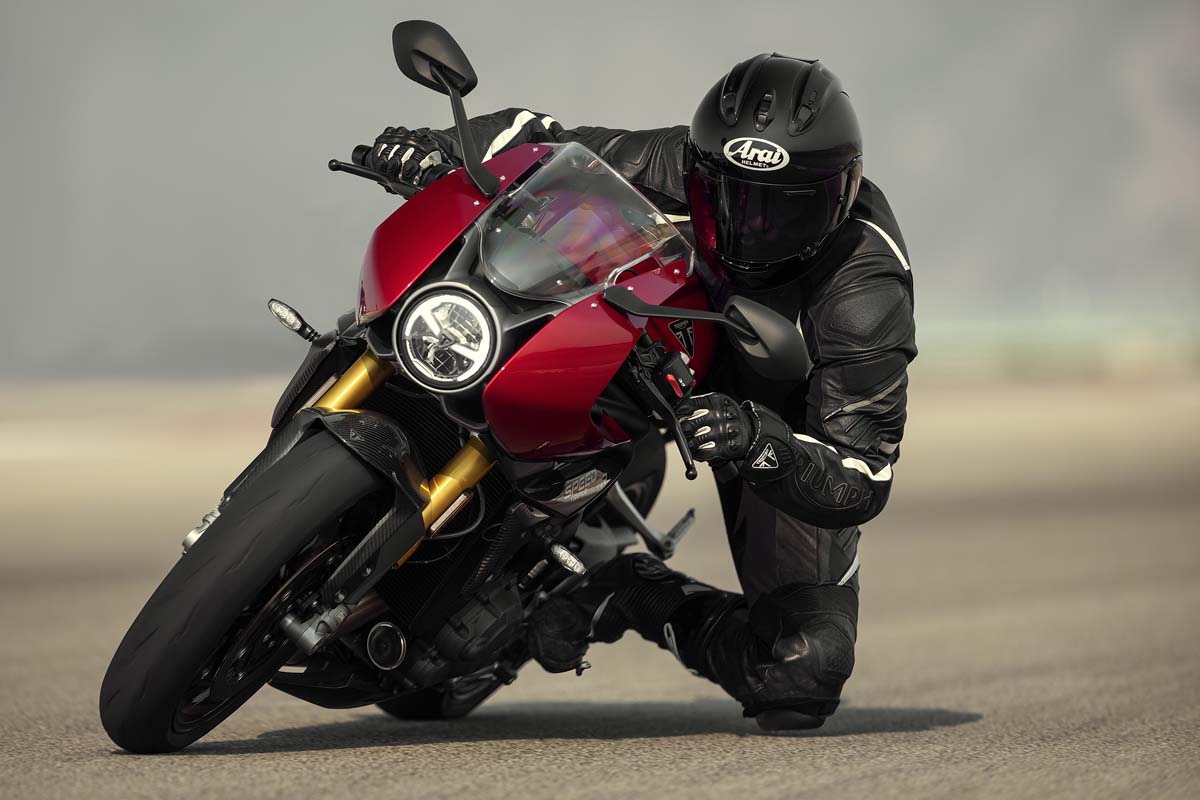 The fairing means the RR is strictly speaking no longer a naked bike, but nor is it a fully-faired sportsbike. It really straddles both genres and was born from Triumph’s market research that found a lot of riders were looking for a bike that had high levels of performance like a sportsbike, but was still a road bike first and foremost, not a racebike dialled down for road use, as some fully-faired sportsbikes are. 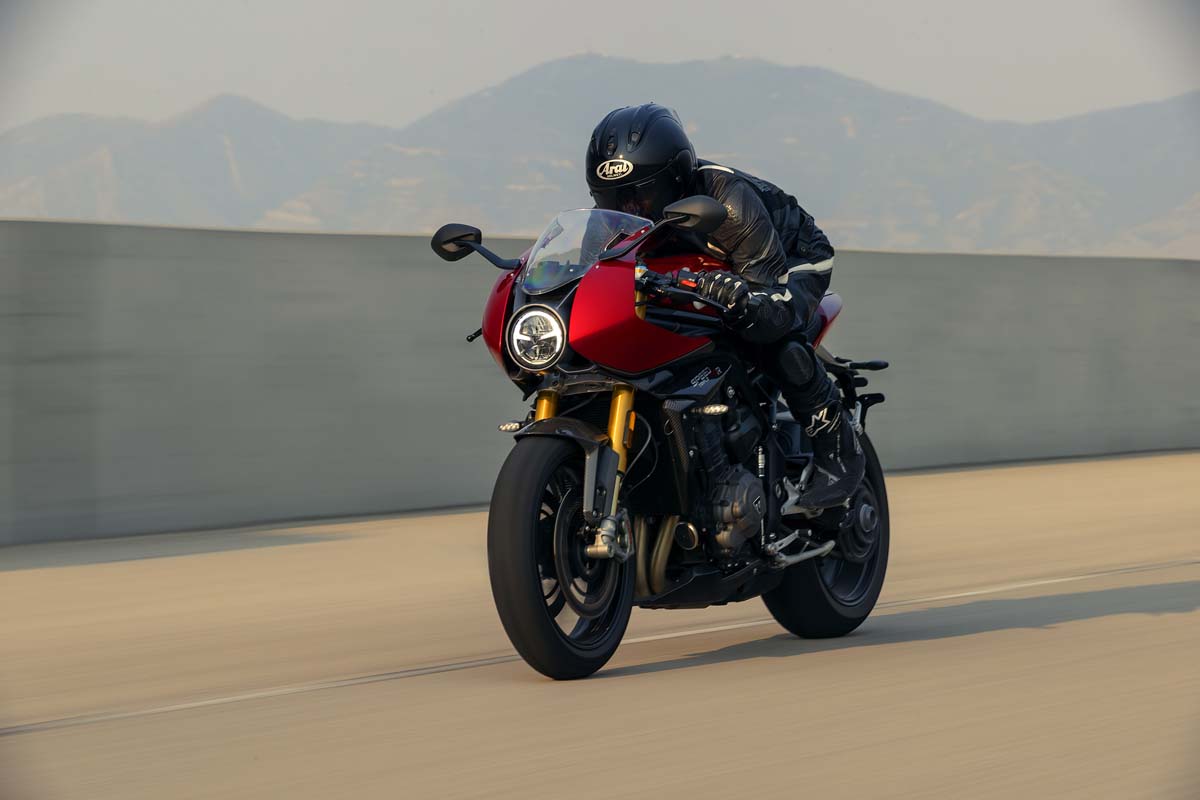 What’s also notable on the RR is a major revision to the ergonomics, with the clip-ons moved down 135mm and forward 50mm compared to the 1200 RS – significant amounts in both directions. This is complemented by a less extreme change in the footpeg position – up by 14.7mm and rearward by 25.9mm – but the result is a more crouched, sports-like riding position and one that’s certainly more aggressive. 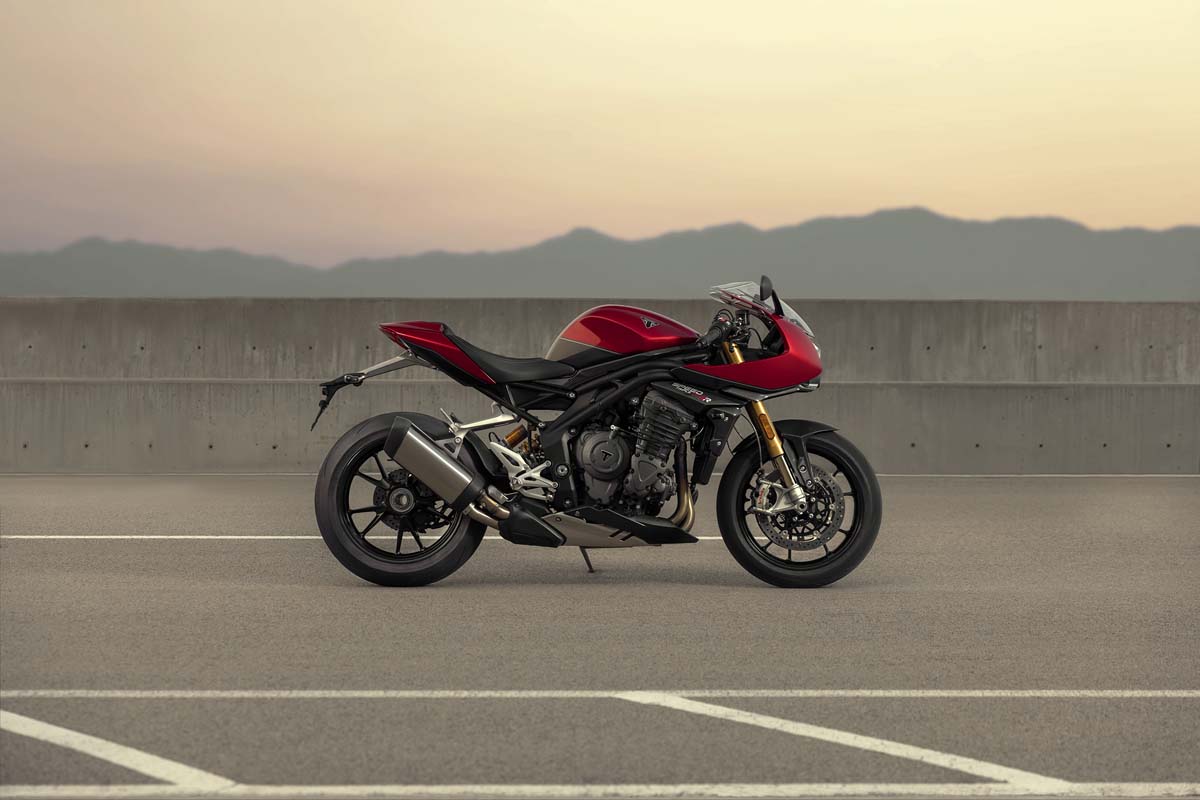 Of course, bikes have been built that straddle the naked and sportsbike genres before, but arguably none have done so to such stunning effect as seen on the Speed Triple 1200 RR. 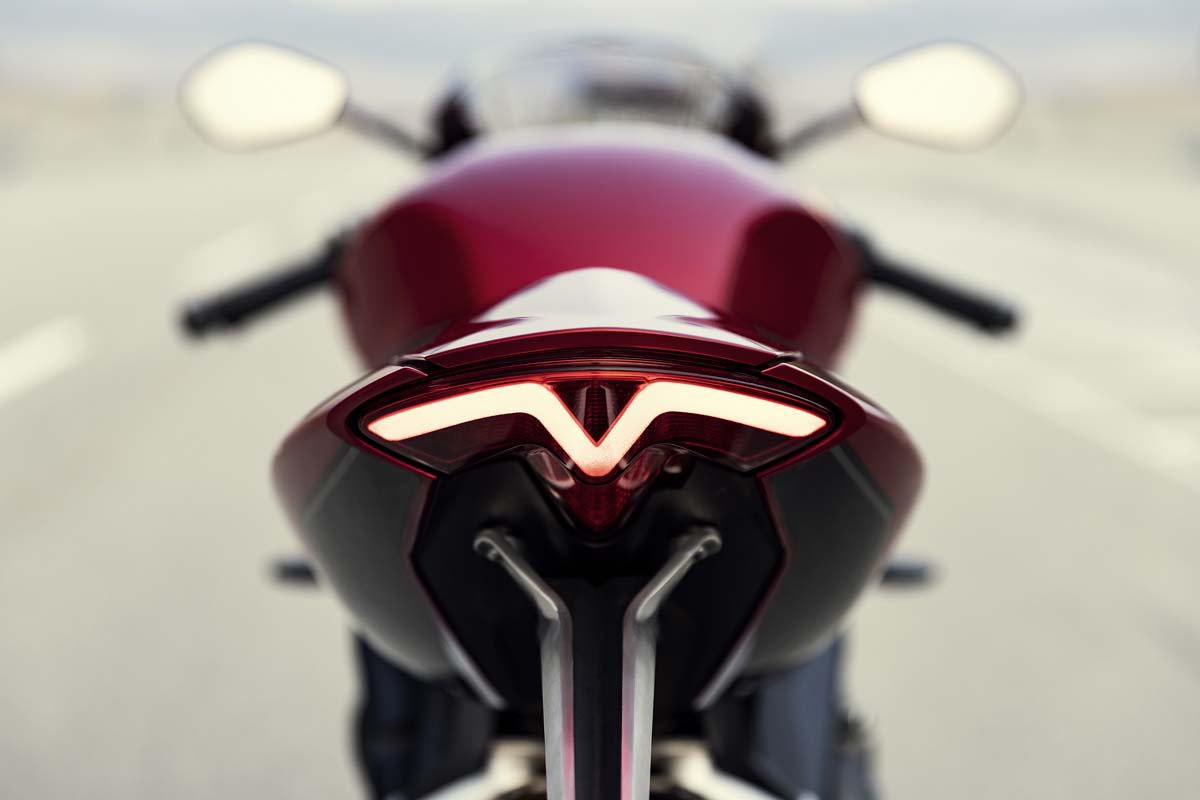 Looks aside, another of the talking points on the Speed Triple 1200 RR is its use of semi-active suspension technology, part of a high level of standard equipment.

The system chosen by Triumph was the Öhlins Smart EC 2.0 that electronically adjusts suspension settings on the 43mm NIX30 fork and TTX36 twin-tube rear monoshock, based on the riding mode selected. As the system is semi-active, it responds to road conditions and the rider’s riding style to make real-time adjustments to compression and rebound damping. It can be rider-adjusted on the fly, too.

Triumph says this system has been specifically tuned to suit the RR’s geometry, ensuring the optimum balance between performance, comfort and control. 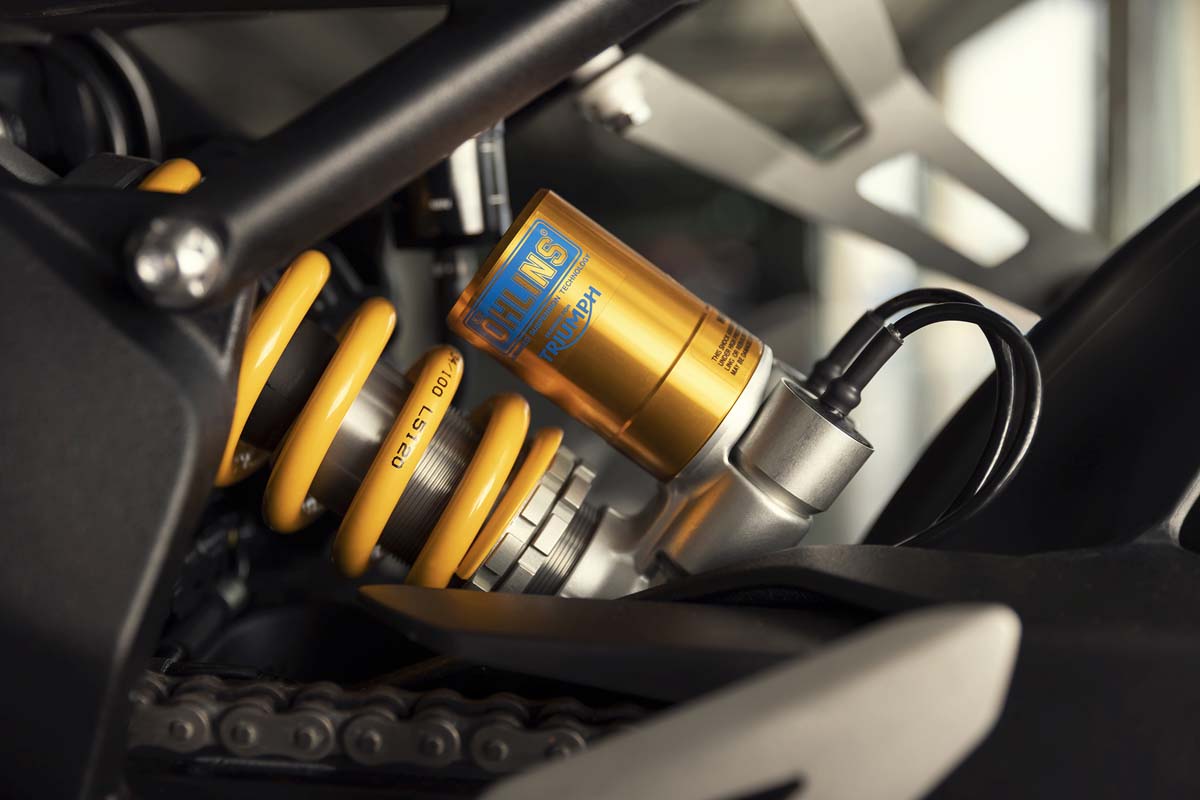 The latter allows phone call and music control, turn by turn navigation and GoPro control, and even incorporates a lap timer. 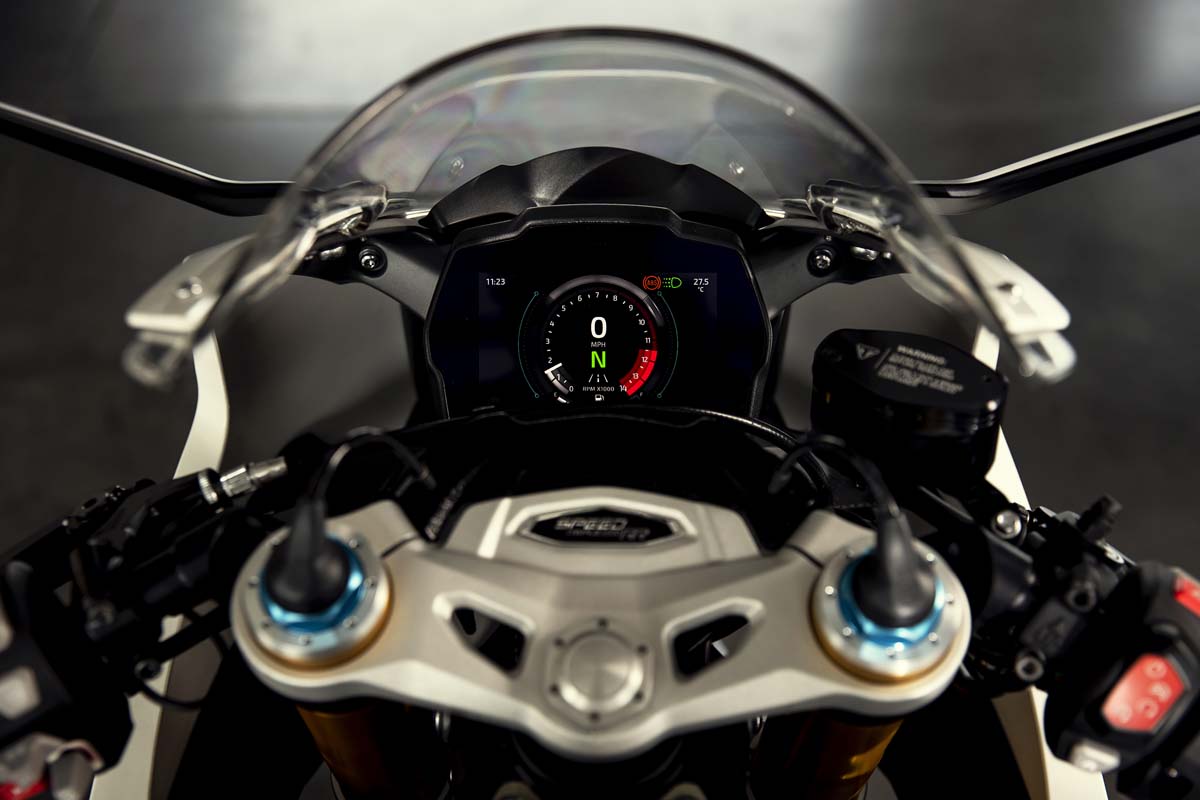 The RR features five riding modes – Road, Rain, Sport, Rider-configurable and Track. The latter has minimal ABS and traction control intervention. The riding modes have multiple levels of intervention to choose from and can be selected and adjusted via the TFT instruments. 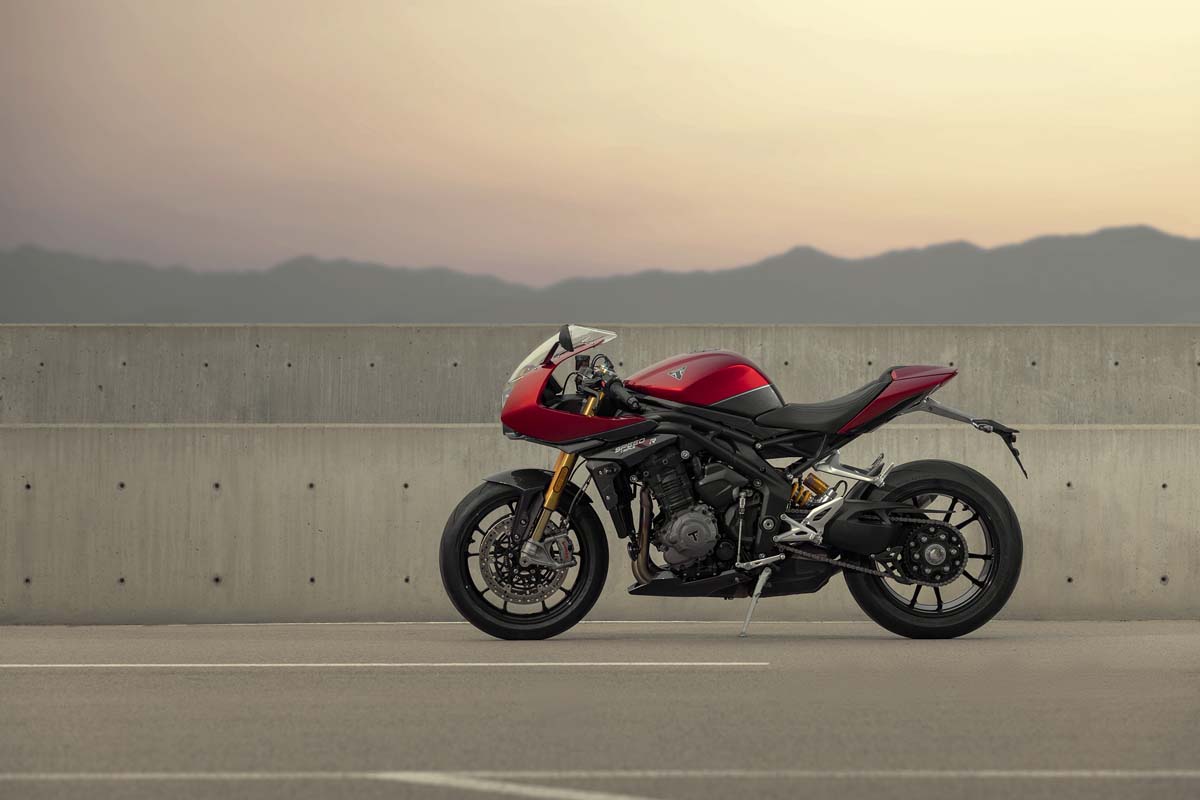 This powerplant is matched to a six-speed transmission with the aforementioned up-and-down quickshifter, which was developed from Triumph’s Moto2 programme. Ratio progression has been optimised to match the power curve, aided by a slip/assist clutch. 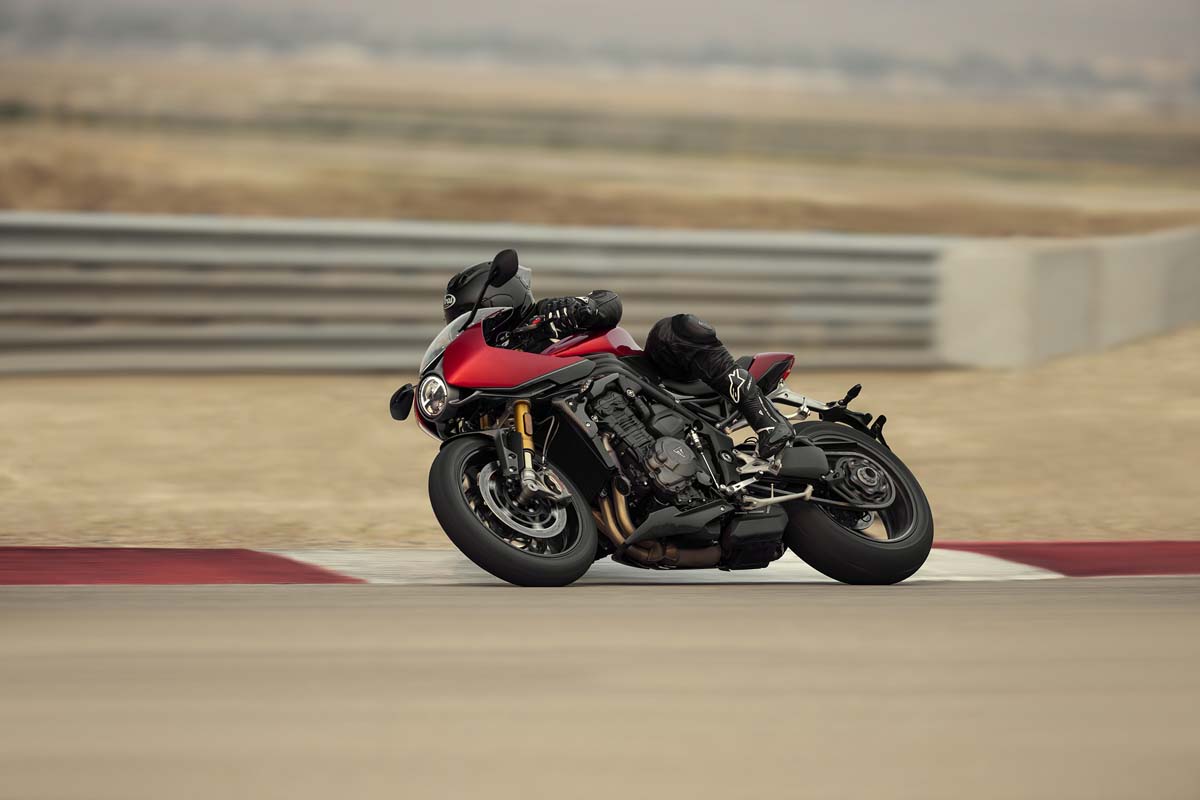 If the predictions of Peter Stevens Imports are correct, the Triumph Speed Triple 1200 RR should be arriving in Australia before Christmas. This has yet to be confirmed and remains subject to several factors, not least of which is COVID interruptions to production and supply chain logistics.

Pricing is yet to be confirmed, but predicted to be in the $30,000 range, plus on-roads, backed by a two-year, unlimited-kilometre warranty, with the option of warranty extension.

A range of accessories will be available from launch, including cosmetic parts and a range of functional features and fancier extras like sequential indicators. Further details on these will be announced closer to local release.