Limited-edition celebrates connection between Bond and Triumph, as seen in No Time to Die

Triumph have celebrated their ongoing association with James Bond and the latest film in the long-running franchise, No Time to Die, by releasing a special Tiger 900 Bond Edition. 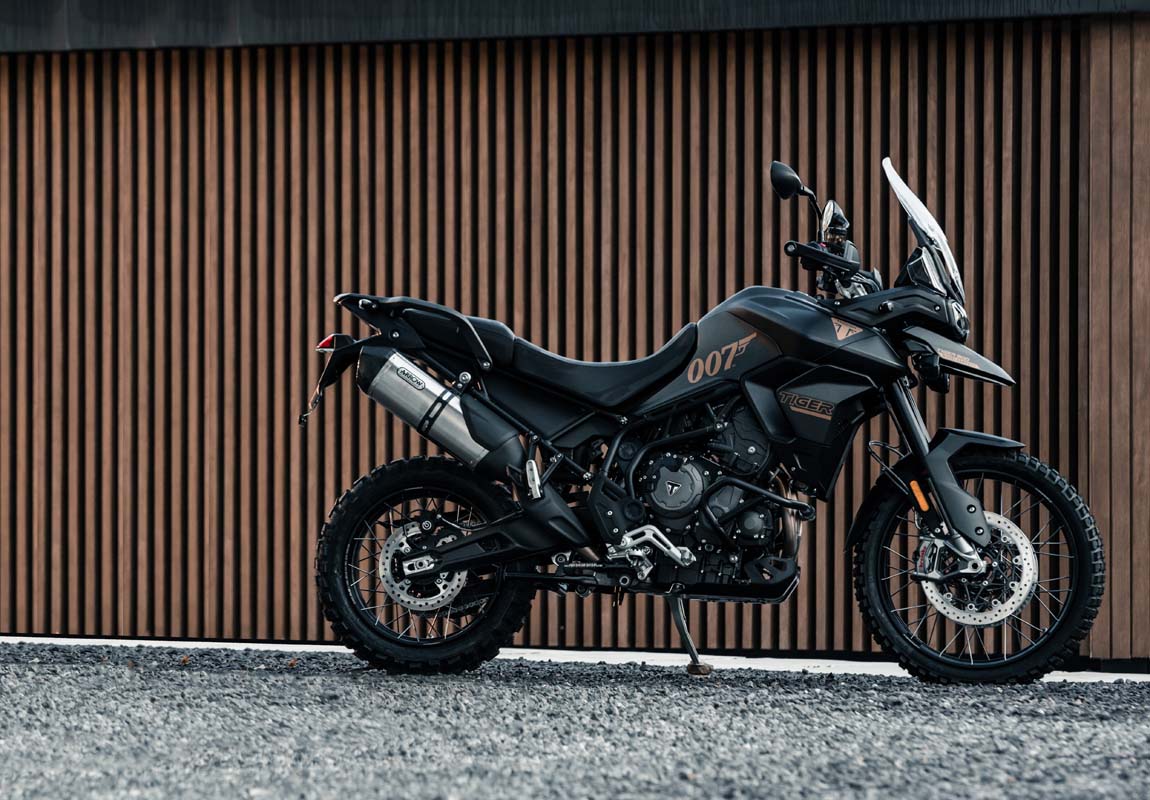 Based on the latest Tiger 900 Rally Pro adventure bike that was used for No Time to Die’s stunt sequences, the Tiger 900 Bond Edition is identified by 007 design touches, along with some added extras, and will be limited to just 250 units globally. 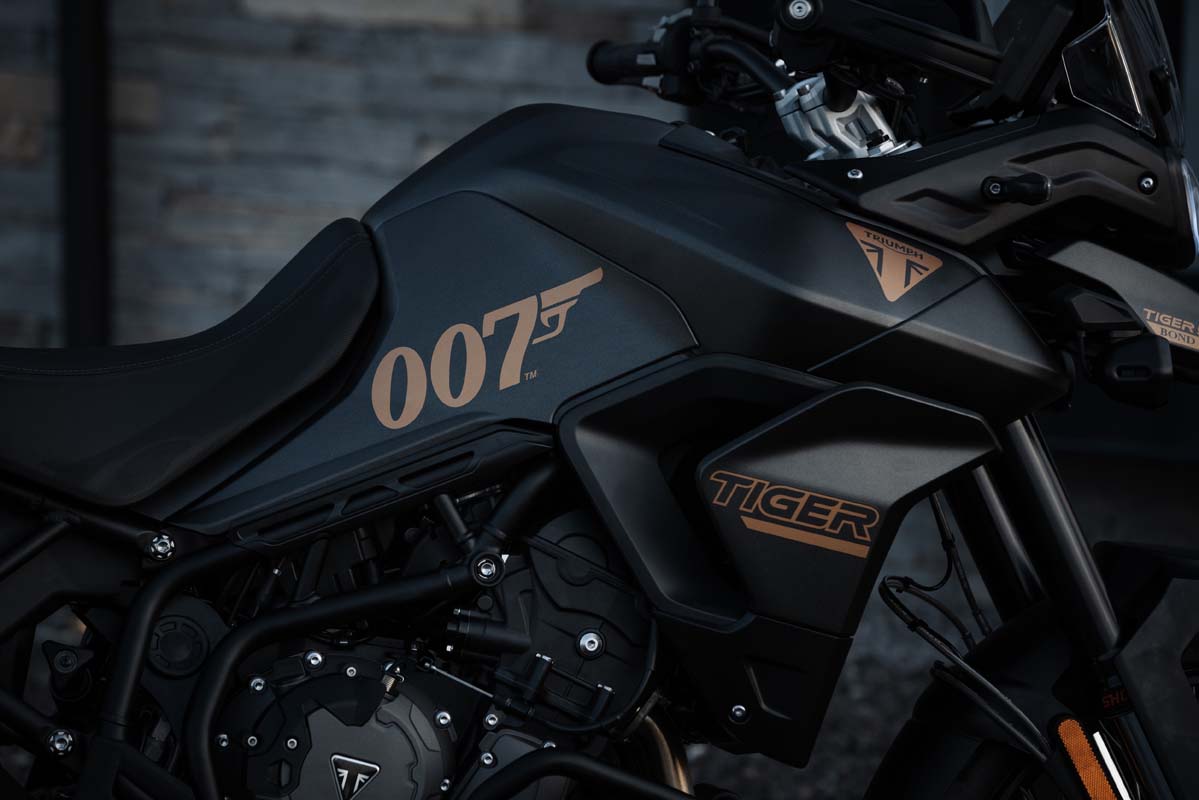 The much-delayed release of No Time to Die means the Tiger 900 is the second ‘Bond Edition’ to be released in connection with the 25th instalment of the 007 franchise, following the Scrambler 1200 Bond Edition that was unveiled last year. The Scrambler 1200 XE also features in the movie. 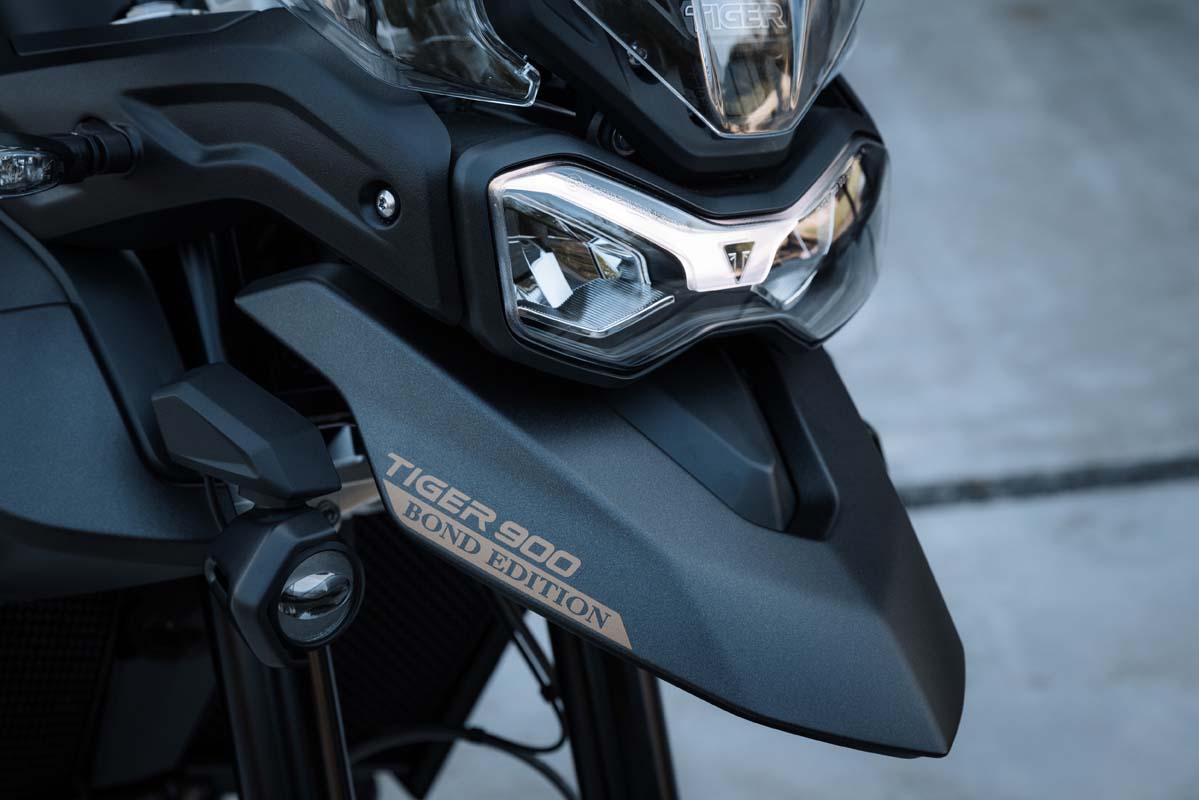 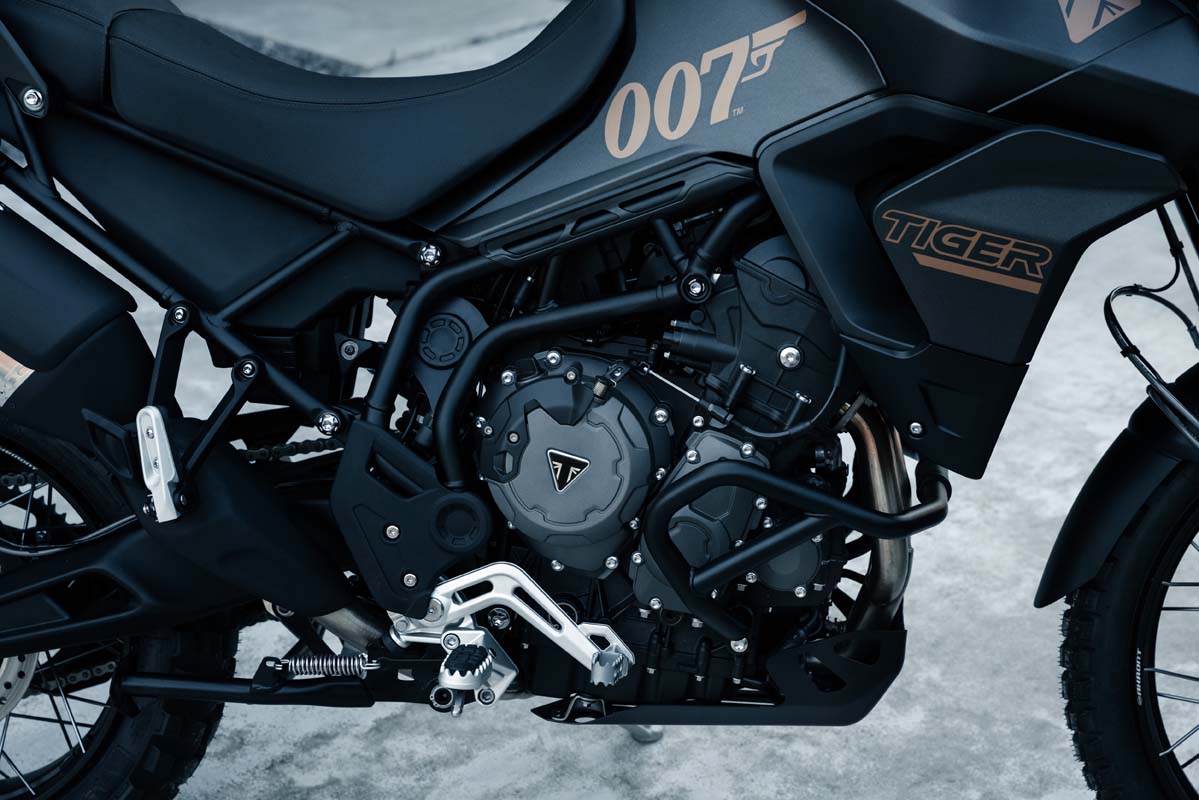 The fuel tank features ‘007’ decals in bronze, with ‘Bond Edition’ identification on the upper beak and embroidered into the pillion seat. There’s also a bespoke 007 start-up animation for the Tiger’s 7.0-inch TFT instrument screen. 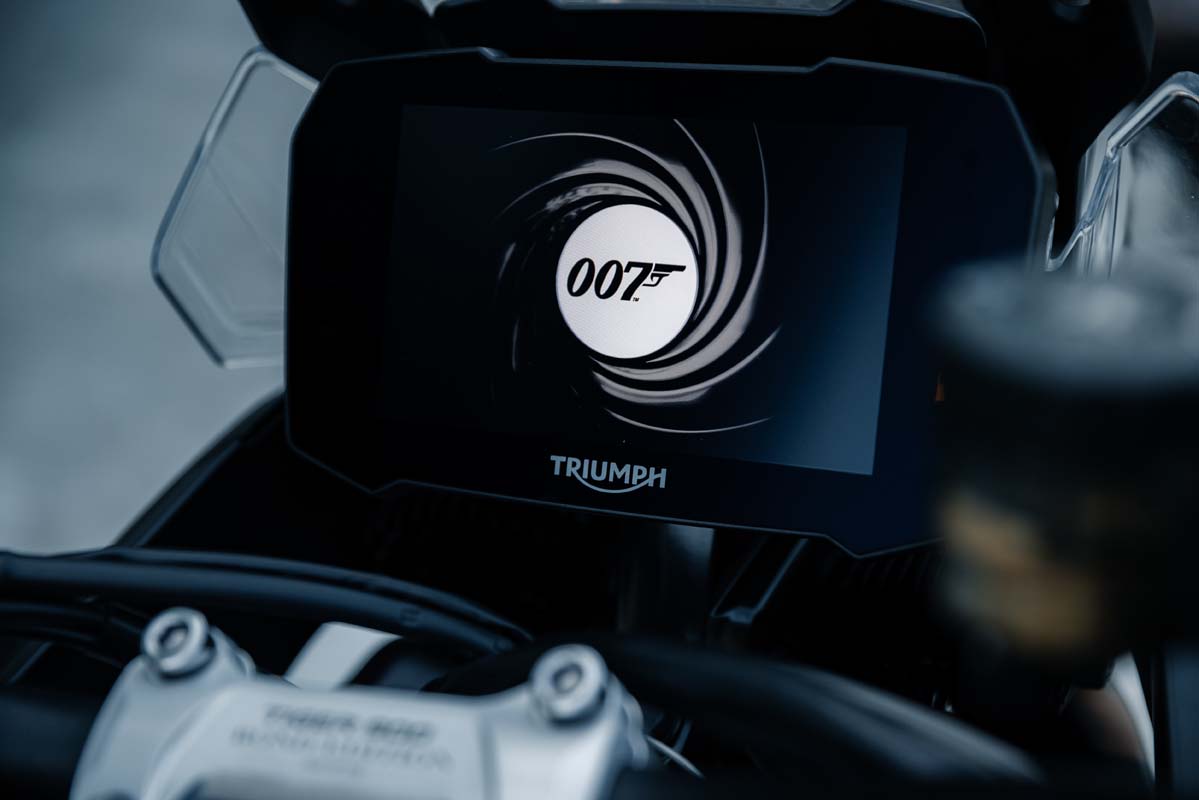 Each unit carries its individual build number on the handlebar clamps and will be supplied with a Certificate of Authenticity. 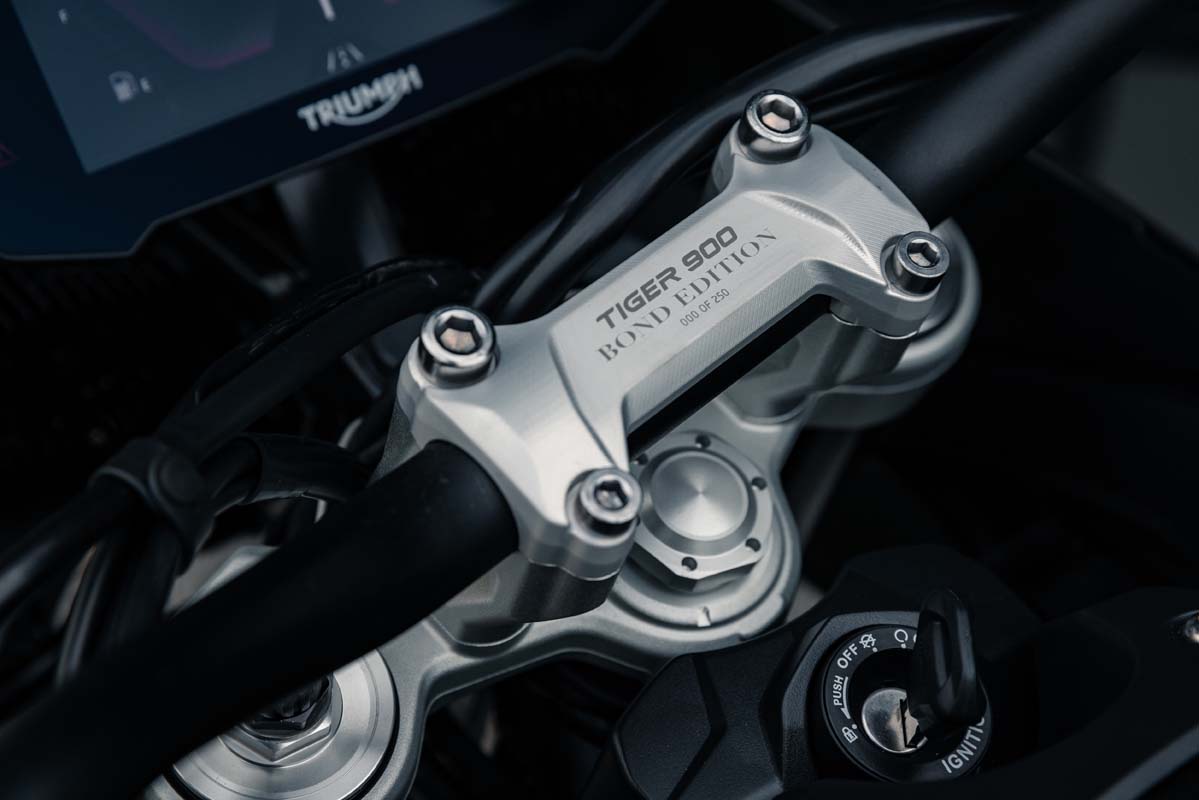 The factory muffler on the Bond Edition is replaced with an Arrow silencer that features a brushed metal finish and carbon fibre detailing. Two sets of tyres will be supplied, too: the standard Bridgestone Battlax hoops and a set of more aggressive Michelin Anakee Wild rubber, but these may be replaced with Pirelli Scorpion Rally tyres for the Australian market. 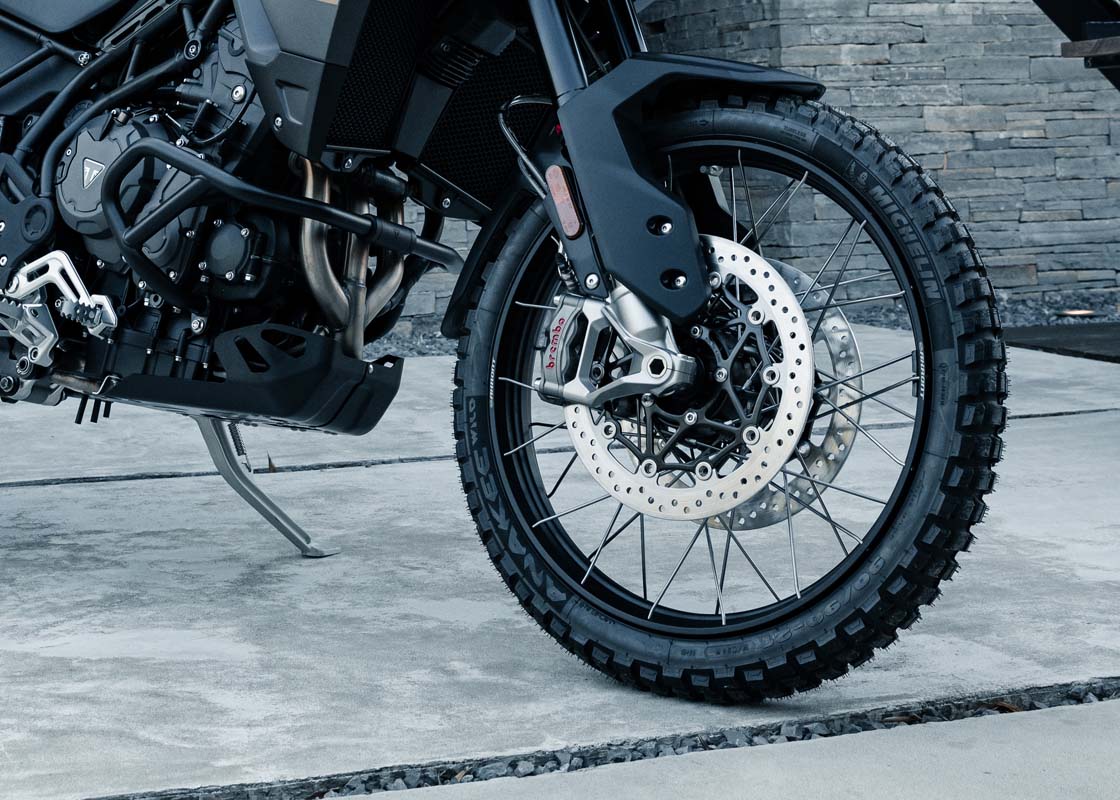 These extras and additions aside, the Bond Edition is unchanged from a standard Tiger 900 Rally Pro, so features the same 888cc liquid-cooled triple producing 70kW and 87Nm, as well as the same six-speed transmission. 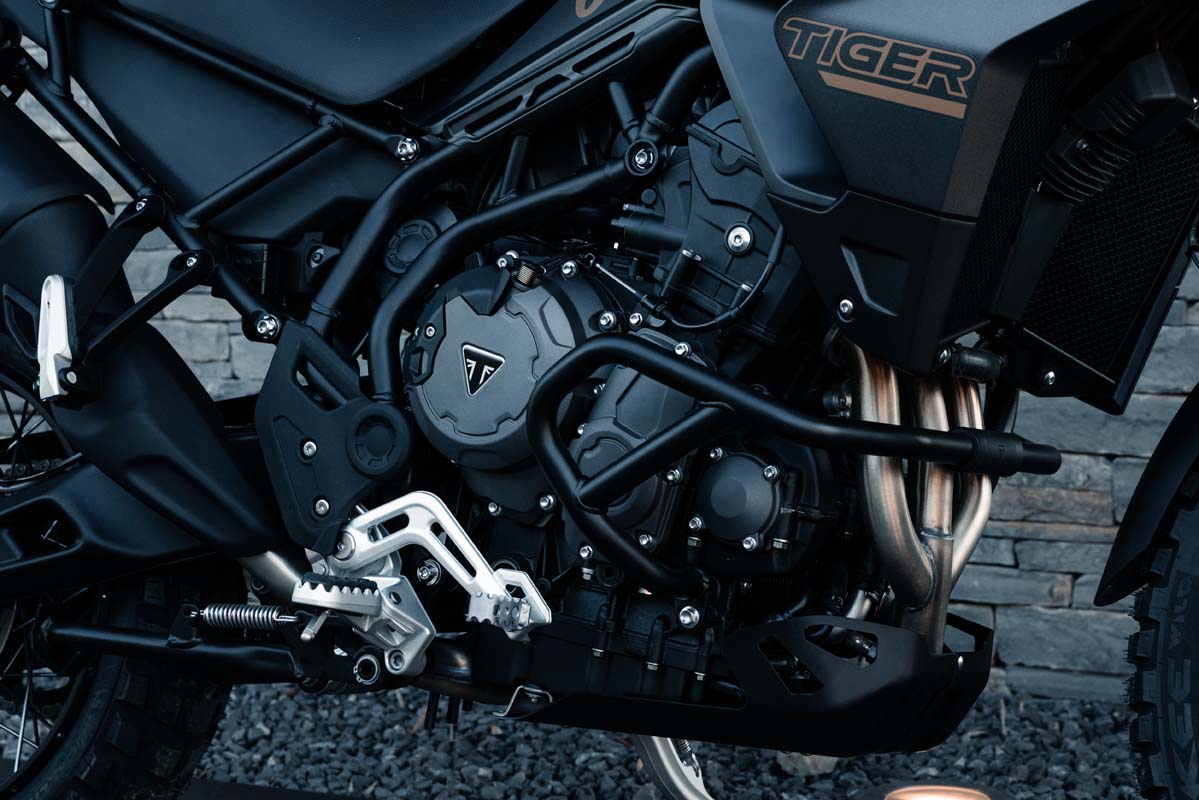 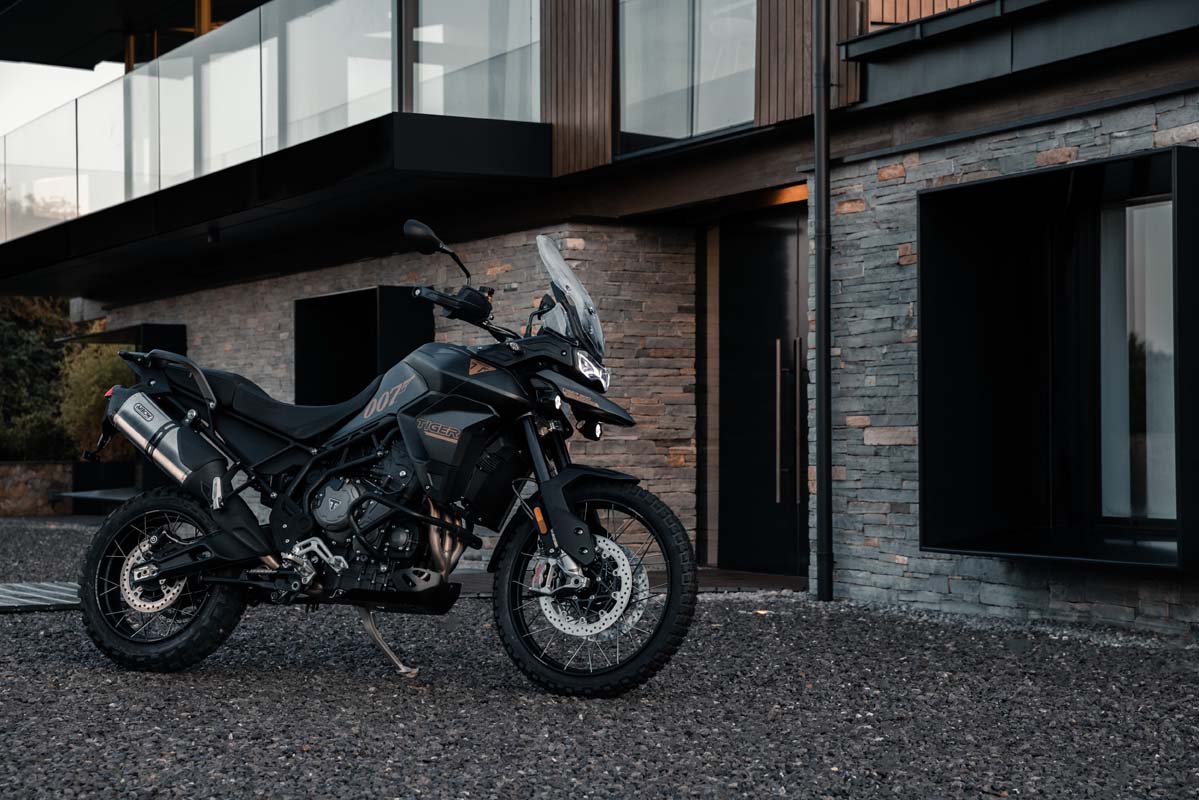 Like the Tiger 900 Rally Pro, the Bond Edition features heated rider and pillion seats, as well as LED lighting all round, including the illuminated switchgear. 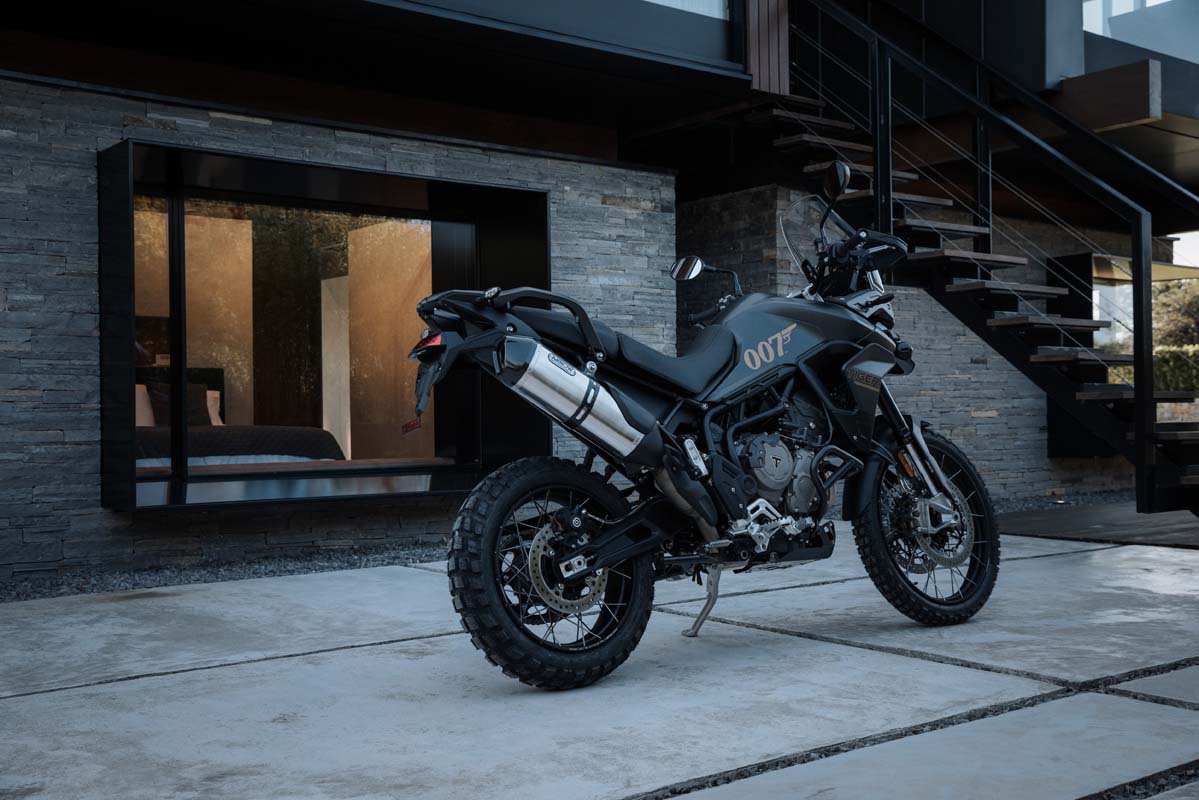 Due to arrive in May, 2022, local allocation of the Bond Edition will most likely have been accounted for by the time you read this, but contact your Triumph dealer to confirm availability and get more details.