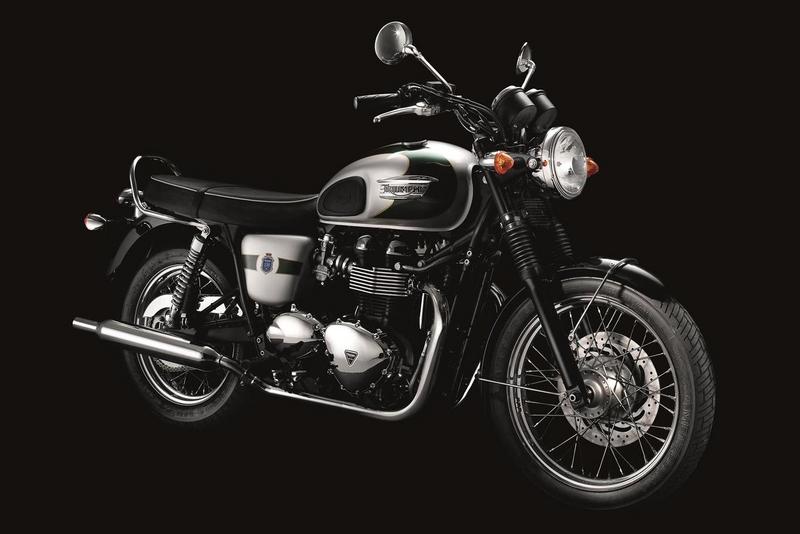 The side covers bear a unique '110 Years' anniversary crest, directly inspired by the early Triumph tank badges
Triumph Motorcycles is kicking off its 110th anniversary celebration in 2012 with the launch of a special, limited edition Bonneville T100. Inspired by the classic 1902 "No.1" model, the special Bonnie sports special colours and unique design touches.

The side covers bear a unique '110 Years' anniversary crest, directly inspired by the early Triumph tank badges. The nostalgic appearance is further enhanced by a distinctive, retro-inspired twin colour paint scheme of Brooklands Green and Aluminium Silver, complimented by black mudguards as per the original No.1.

Origins of the Brooklands Green can be traced back to the Triumph's first ever motorcycle race win at the famous Surrey-based circuit in 1908, while the Aluminium Silver scheme echoes the style of the pioneering pre-war years. The tank crest has been changed from the original King's motif to pay tribute to Queen Elizabeth II in her Diamond Jubilee year of 2012. The addition of three dots over the original crest design have been added to represent the historic locations of Triumph factories over the last 110 years: Coventry; Meriden; and Hinckley.

The 110th Anniversary Bonneville is tastefully finished with chrome touches, such as the grab rail, chain guard and cam cover. All 1,000 110th Anniversary Special Edition Bonneville T100s will also come with a numbered plaque on the dog-bone style handlebar clamp and, to underscore the authenticity of the machine, every model comes with its own numbered certificate.

Mal Jarrett, marketing manager for Triumph Australia, said: "We're delighted to be launching our 110th anniversary year with this iconic limited edition production run. The 'Bonnie' is synonymous with the heritage of the Triumph brand and the perfect canvas for a special edition model. While we're pushing forward the boundaries of technology with innovation such as the ride-by-wire system on the new Tiger Explorer, it's still important to recognize where we've come from and this 110th edition T100 does just that."

Triumph's last special edition classic bike - the Steve McQueen which saw only 1,100 produced earlier this year - sold out in a matter of weeks, so riders interested in an Anniversary Bonneville T100 are being advised to reserve their bike early. 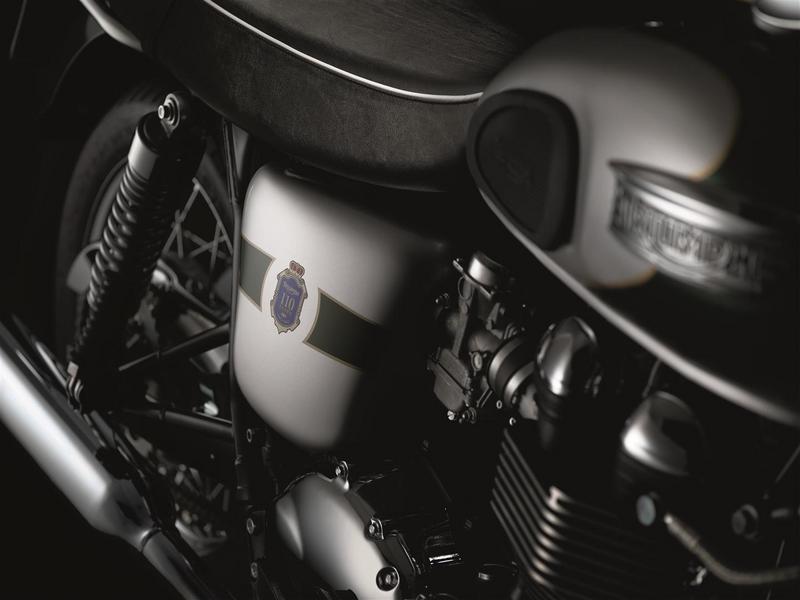