The motorcycle, a 1935 Bohmerland 'Langtouren' is unique in that it featured three-up seating and rear-mounted twin fuel tanks.

Bohmerland (also known as Czechie) motorcycles were produced in Czechoslovakia from 1925 until the outbreak of World War II in 1939. They were notable for having the longest ever motorcycle wheelbase, at 10.5 feet, which was part of the unconventional design by Czech designer, Albin Liebisch.

The Langtouren (long touring) was a three seater with two gearboxes, the second one requiring a passenger to change gears. The frame was tubular steel, and the forks were unusual in that, although they were leading-link, the suspension was by springs under tension. Solid wheels cast from light alloy have become commonplace, but they were novel when the Bohmerland featured them for the first time on a motorcycle.

Restored, this bike retains its original 600cc 'Liebisch' single cylinder OHV engine, and has been repainted in what seems to have been the typical Bohmerland colours of maroon and yellow

Aside from the "odd" factor, the Bohmerland also appeals given its rarity. With many examples destroyed during World War II and afterward, only around 30 of these rare machines are thought to exist today.

One for the serious motorcycle collector, the Bohmerland will join over 500 other rare, significant and classic motorcycles in the Mid America Auctions event. Motorcycles and memorabilia from Steve McQueen will also feature at the auction, where Barbara McQueen will be a guest of honour.

For more details on this and other lots from the auction, go to www.midamericaauctions.com 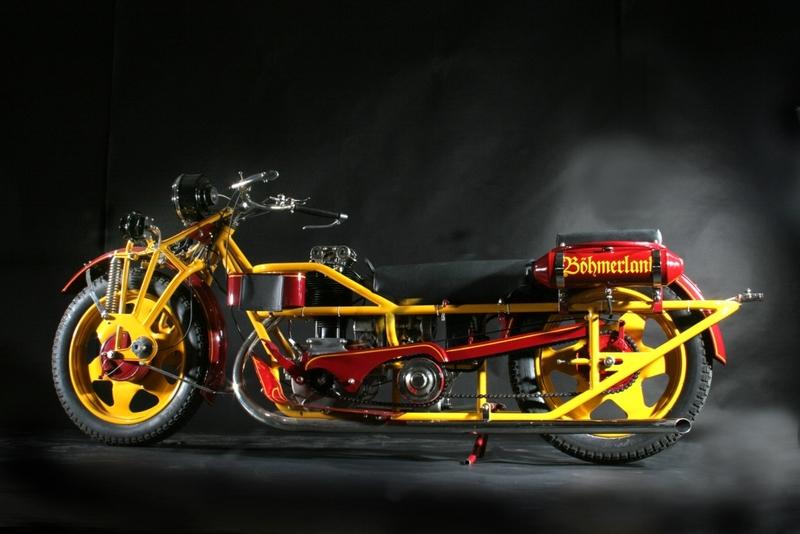 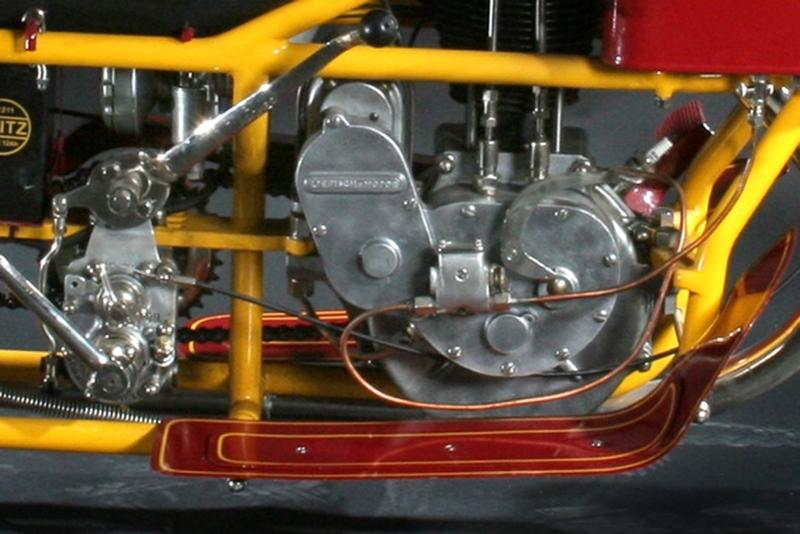