Motorcycling Australia have announced that Round 6 of this year’s mi-bike Motorcycle Insurance Australian Superbike Championship, presented by Motul (ASBK) has been cancelled.

Scheduled for Symmons Plains in Tasmania on 20-23 October, the Tasmanian round has become the victim of changing dates in other motorsport categories, including recent confirmation of the Australian round of the Motul FIM Superbike World Championship for this November.

Along with revised locations for the latter rounds of this year’s Supercars schedule, a clogged calendar in the tail end of 2022 has created a situation that the ASBK management team say is outside of their control.

In announcing their decision on 14 April to cancel the Tasmanian round, the ASBK management team extended its thanks to the Tasmanian state government for their support and apologised to ASBK teams, riders and fans for any inconvenience caused as a result of the cancellation.

This is the second time in as many years that an ASBK round at Symmons Plains has been cancelled, with last year’s cancellation due to COVID-19.

While ASBK expects to return to Tasmania in the future, no date has been set, meaning it’ll be close to a decade before the category returns to the Apple Isle, having last raced there in 2015. 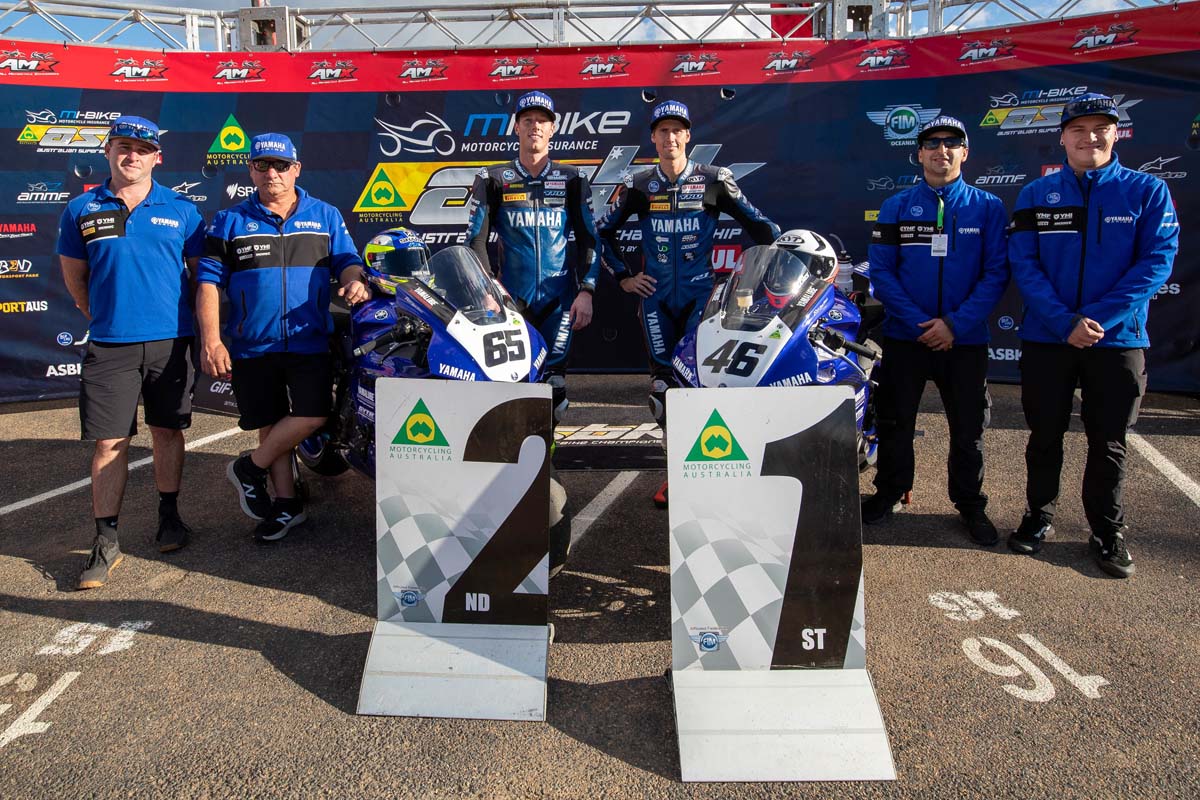 At time of writing, no replacement round had been announced for Symmons Plains, meaning this year’s ASBK championship will likely be a seven-round affair only (six for the support categories), three of which (Phillip Island Rd1, Queensland Raceway Rd2 and Wakefield Park Rd3) have already been completed. After those three rounds, Yamaha Racing Team’s Mike Jones holds a healthy lead over defending champion, Boost Mobile K-Tech Ducati’s Wayne Maxwell.

For updates on the 2022 ASBK calendar, go to: asbk.com.au