This year, Suzuki are celebrating 60 years since their international racing debut at the 1960 Isle of Man TT. Acknowledging that history, Team Suzuki Ecstar have unveiled a new livery on their MotoGP racers, inspired by the 125cc ‘Colleda RT 60’ racers from that 1960 debut.

For the 2020 MotoGP season, the familiar Suzuki blue from recent years has been combined with slate silver on the GSX-RR, with the new colour scheme also featuring on the race leathers of riders Alex Rins and Joan Mir. 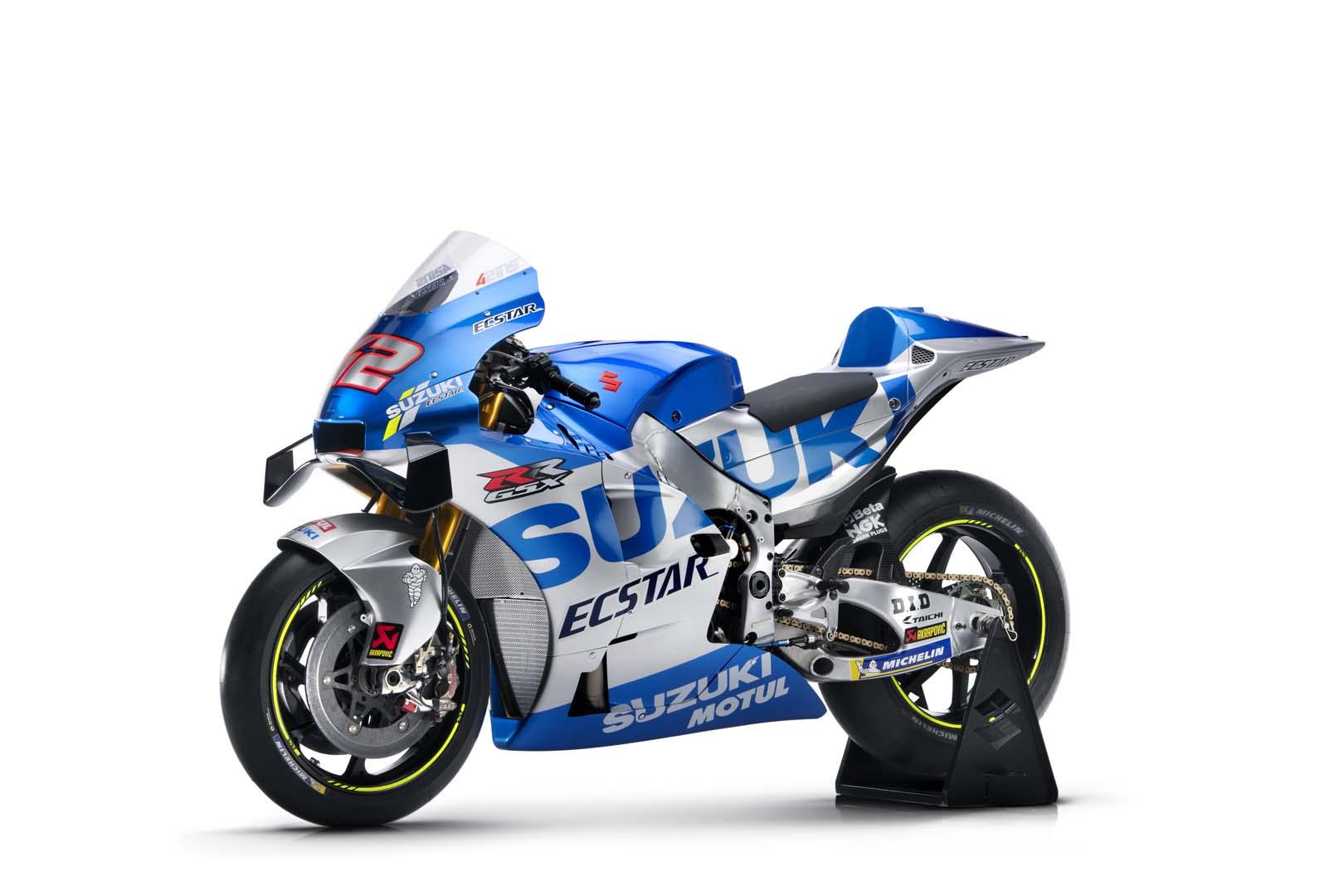 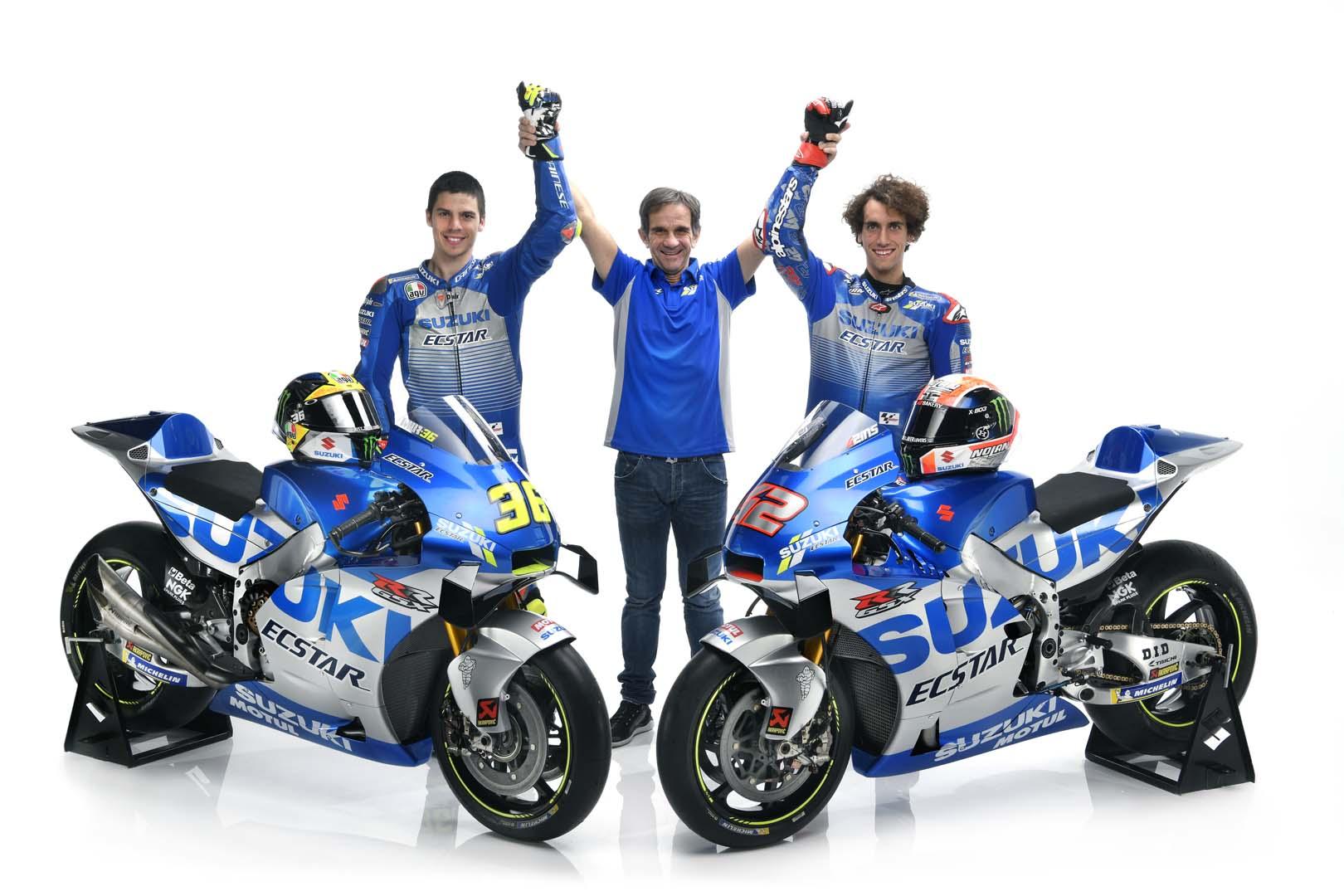 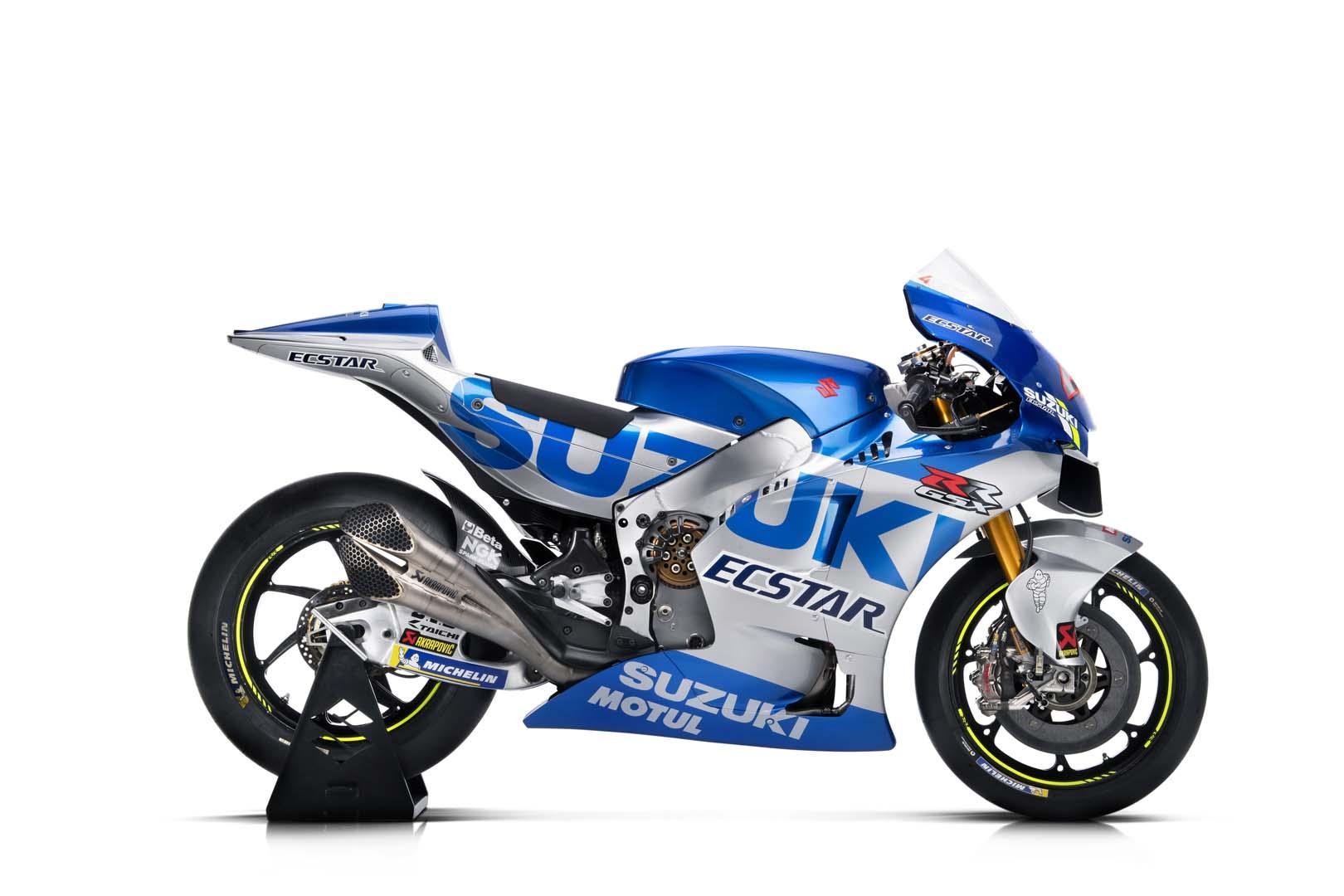 While Suzuki’s 1960 debut at the TT was far from noteworthy (the winning MV Agusta 125’s average speed that year was 85mph, while Suzuki’s was only 70mph), they were on the winner’s podium within the next two years.  That success was thanks almost entirely to the defection of East German rider, Ernst Degner from MZ in 1961. MZ’s chief engineer, Walter Kaaden, had developed a groundbreaking two-stroke engine design that saw MZ winning races and battling with Honda for 125cc championship honours at the start of the 1960s. With Degner on the MZ and Australia’s Tom Phillis on Honda’s RC 143, the battle for the 1961 125cc World Championship went down to the wire and while honours ultimately went to Phillis, Kaaden’s two-stroke technology had been proven.

With the promise of freedom and a huge paycheck from Suzuki, Degner was planning his defection through that ’61 season. When he did defect, Degner brought many of MZ’s engineering secrets with him, essentially handing Suzuki a ready-made race winner that won the 50cc World Championship – Suzuki’s first world title - in 1962.

That started a string of successes in the smaller capacity classes that included four world championships from New Zealand’s Hugh Anderson in 125cc and 50cc competition.

Suzuki’s recent history in MotoGP has been checkered, with few successes, but since their return to premier class grand prix competition under the ‘Team Suzuki Ecstar’ banner in 2015, Suzuki’s progress has been steady, with Maverick Vinales delivering the team’s first race win in 2016 and podiums following in subsequent seasons.

After joining Team Suzuki Ecstar in 2017, Alex Rins secured five podium finishes in 2018. Rins won his first MotoGP race at the Circuit of the Americas last year, adding a second win at Silverstone to finish fourth in the 2019 championship. Team mate, Joan Mir had his 2019 debut interrupted by injury, but still managed several Top 10 finishes, with a best finish of fifth at the Australian GP. 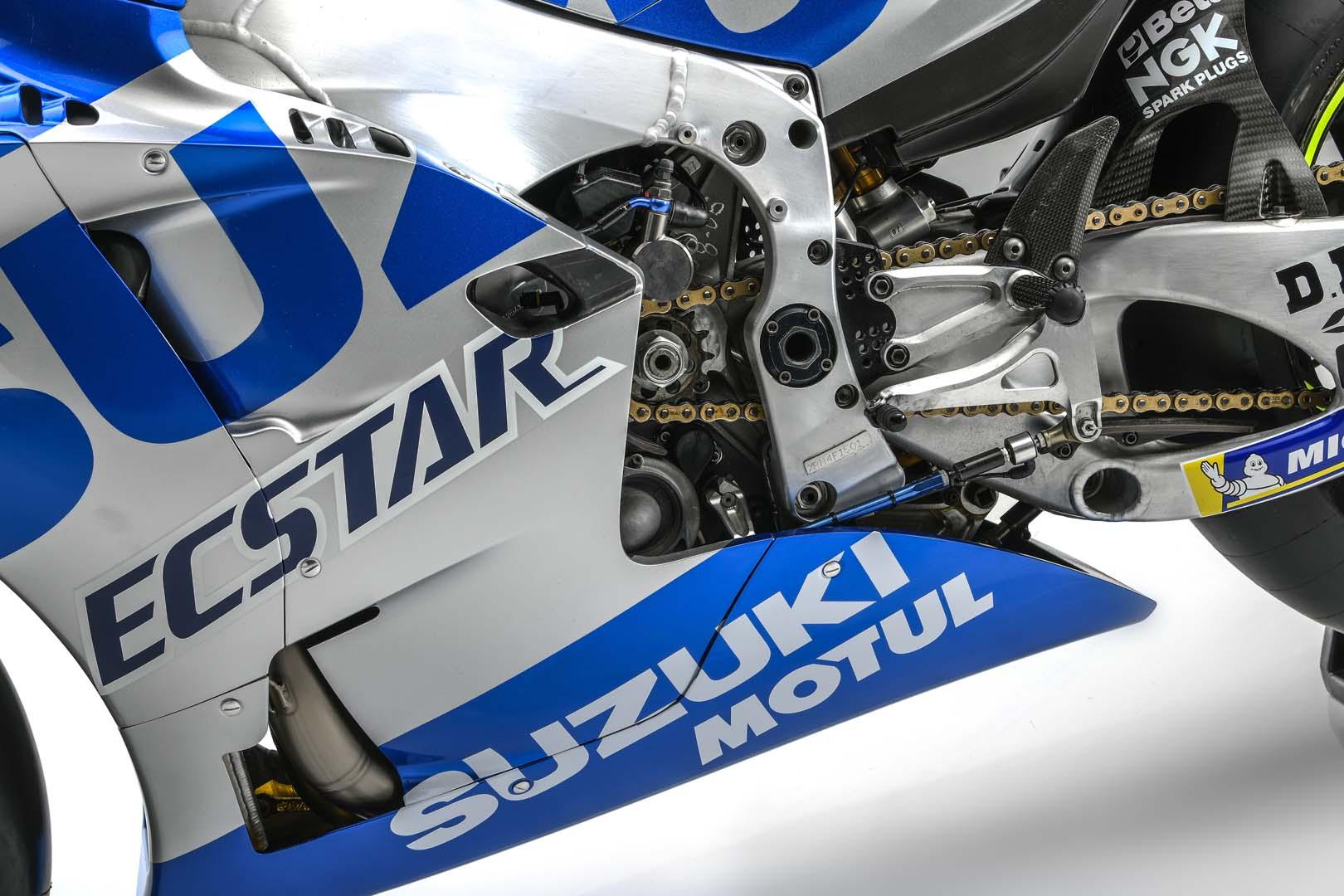 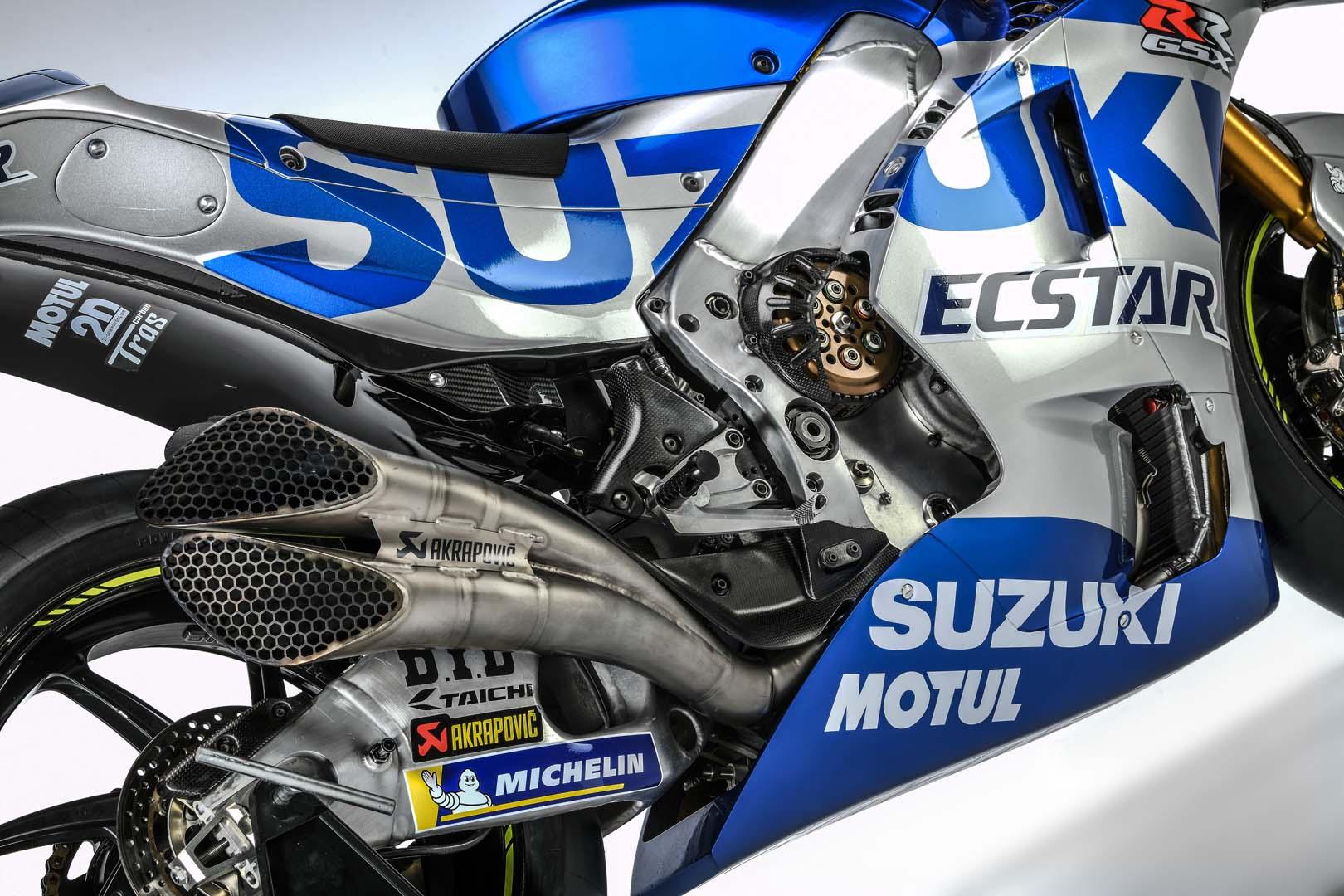 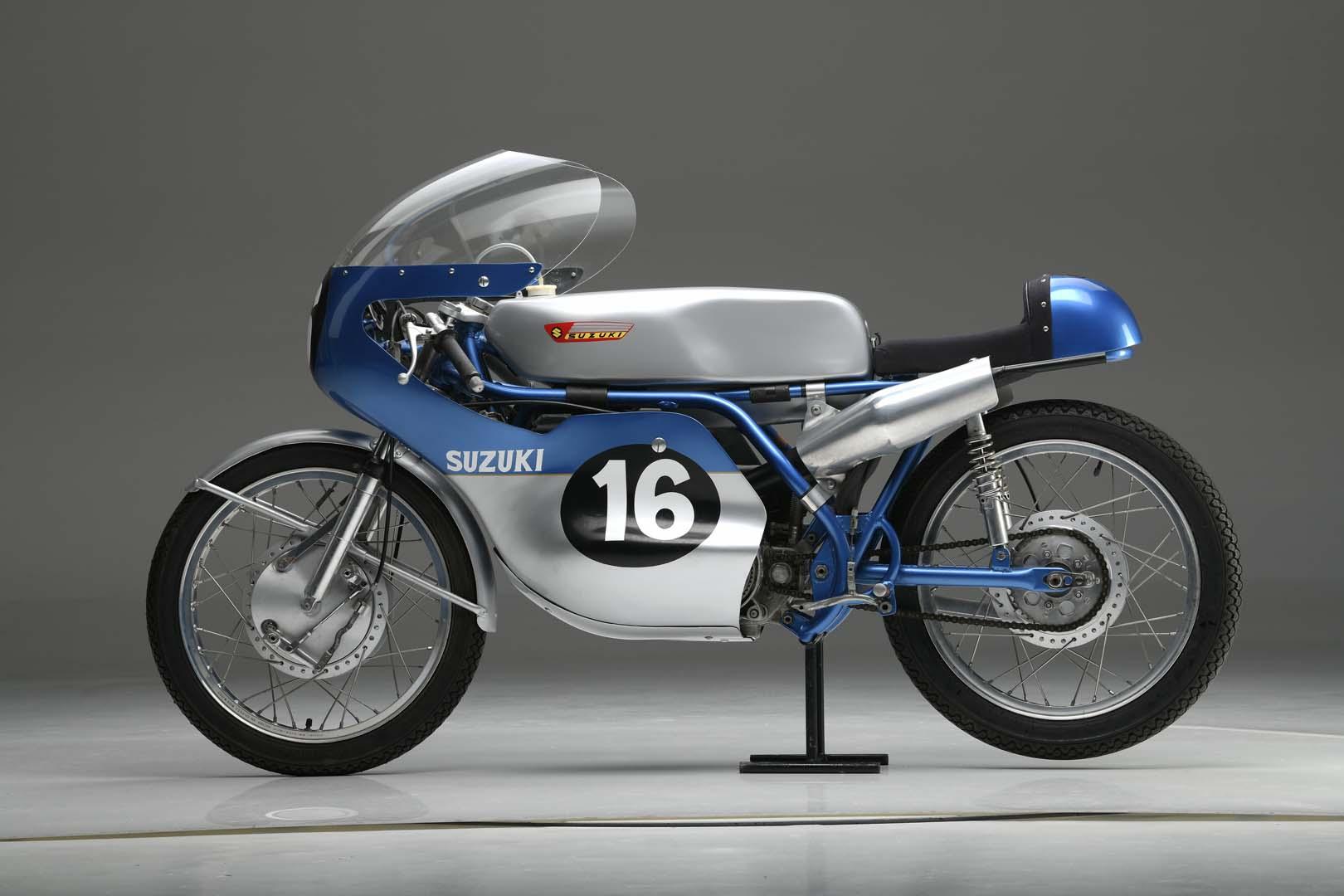 Looking Forward and Honouring the Past

With their new livery and backed by a successful 2019, Team Suzuki Ecstar say they are looking ahead to this year’s MotoGP season with confidence.

“Last season gave us important information about our competitive level compared to other teams and also contributed to the growth of the MotoGP project, in terms of the technical package of the GSX-RR, work methodology within the team and - last but not least - experience and solidness of Rins and Mir,” said Suzuki’s MotoGP Project Leader, Shinichi Sahara.

“We had two outstanding victories, but also got a clear feeling that our potential can be even better exploited. This is the spirit with which we head into the 2020 season, carrying 60 years of experience in racing to try our best to even better results.”

Ken Kawauchi, Team Suzuki Ecstar Technical Manager, added: ““The heritage that we carry on our fairing this year represents a long history of racing, that includes many successes. This gives us a further push to carry on improving. Since the very beginning, the DNA of Suzuki has been to develop a good starting package and then build on it with small but steady technical steps. This strategy has paid off in the last few years with podiums and victories in the MotoGP modern era, and I believe that it can work in the future as well.” 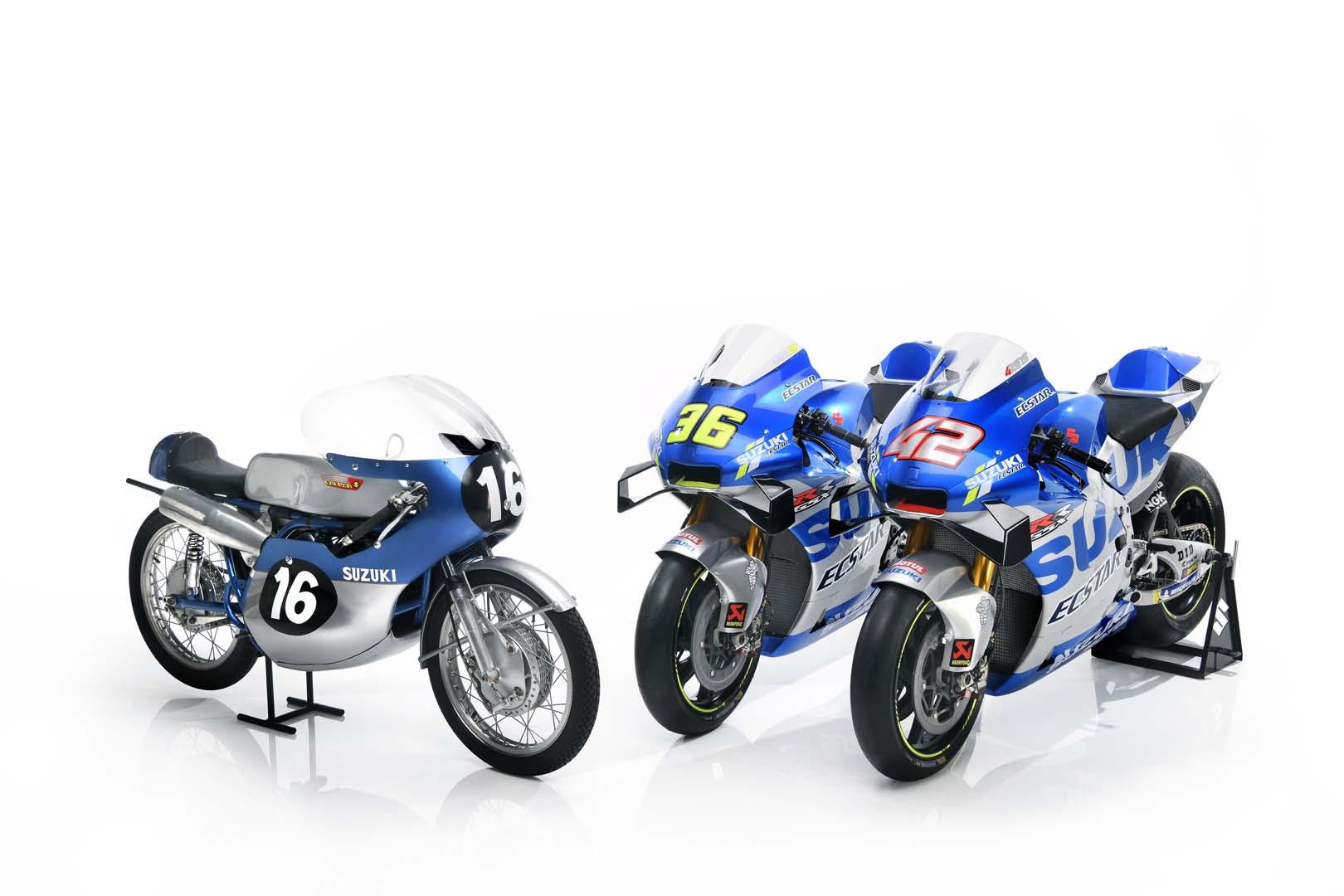 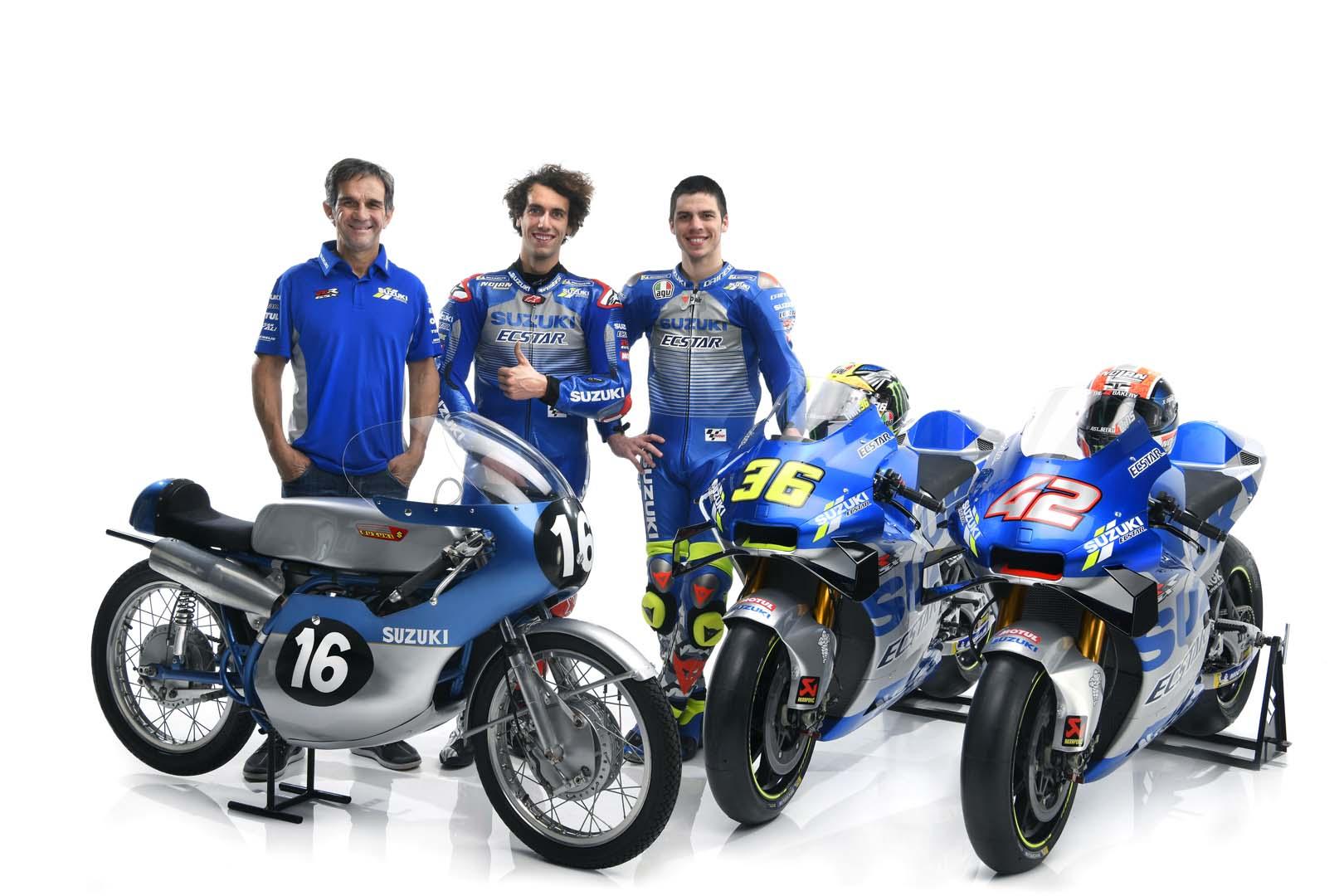