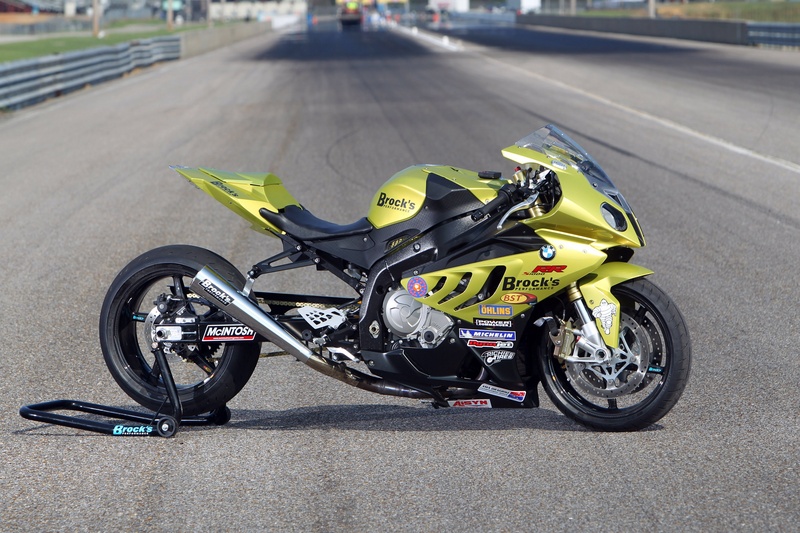 This was the recipe that American Brock Davidson used when he saw the enormous potential of the RR
Take a perfectly good S 1000 RR and add a dynamic chassis and you could have the ultimate drag weapon.

This was the recipe that American Brock Davidson used when he saw the enormous potential of the RR. Davidson has his own performance business in Dayton, Ohio and specialises in building unique bikes for both road and track. Items fitted to the RR include BST carbon fibre wheels, titanium exhaust system and the extended swingarm have helped create a unique BMW quarter-mile sprinter.

As well as the extended wheelbase bike there is a Stock version, depending on the competition rules of each drag meet. Both produce 203hp (at the rear wheel) with their Dynojet PCV fuel injection module and modified mapping to match Brock's beautifully produced exhaust system. It is not only in the way this machine looks that the BMW impresses. The standard version has hit the finish line at 8.95 seconds while the 1663.7mm wheelbase bike has managed a very impressive 8.497 seconds in the 1/4 with both reaching track speeds approaching 257 km/h. The long-wheelbase bike also boasts a 0-200 km/h reading of just 5.2 seconds!

The first outing for the Brock's Performance RR was at an AMA meeting in Michigan, with Ryan Schnitz in the seat. It was the fastest bike in class, in its very first race. Four-times AMA National Champion, Keith Dennis signed on as team rider and he had the standard wheelbase version in action at a recent event, where again, the RR stood out.

Not content with this success model, another is under development to run with nitrous injection for street competition. 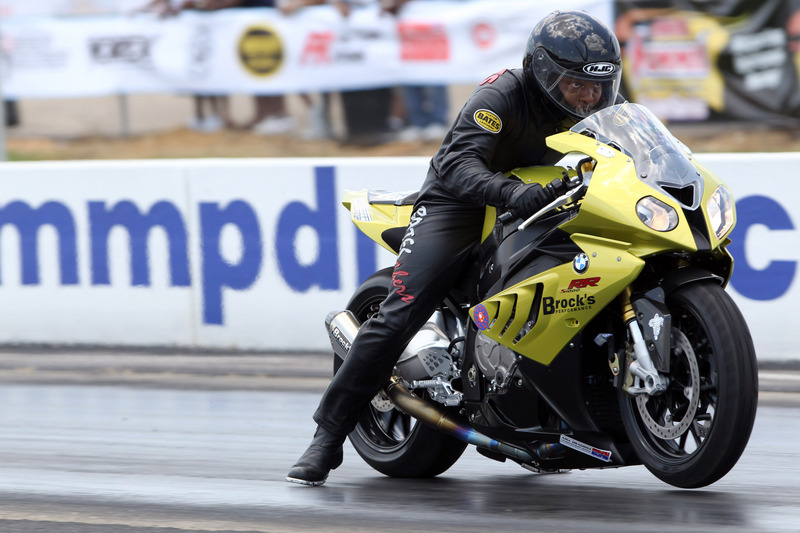