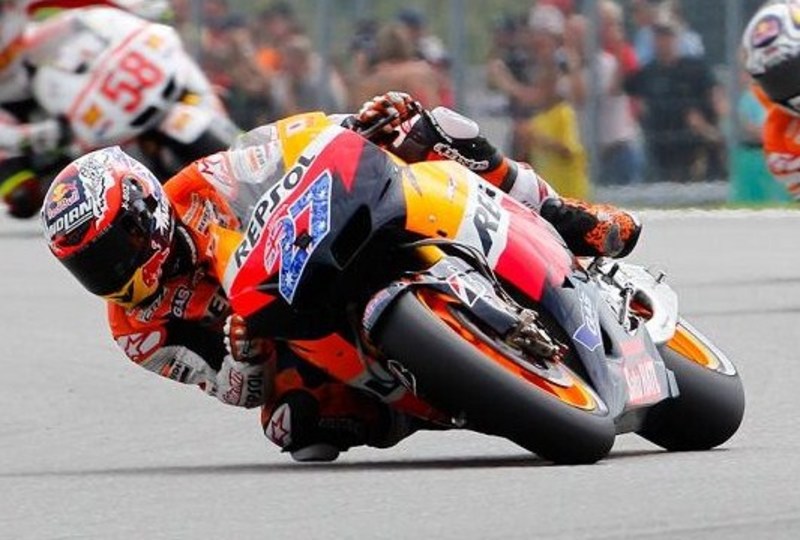 In front of 155,400 fans at Brno, Dani Pedrosa (Repsol Honda) got the holeshot after dominating qualifying and securing his first pole position of the season, but Lorenzo took the lead soon after. The three-way battle for the lead went the way of Pedrosa again on the third lap. Stoner then took second from Lorenzo, just as Pedrosa crashed out of the front of the field, handing the Australian the lead.

Over the next dozen laps, Stoner lengthened his advantage over the field, while Lorenzo came under pressure firstly from Andrea Dovizioso (Repsol Honda), then Marco Simoncelli (San Carlo Honda Gresini Team). Dovizioso passed Lorenzo on the 12th lap to take and hold second position for his fifth podium of the season. Simoncelli caught and passed Lorenzo on the same lap, moving into the third podium spot and keeping it until the finish line. Simoncelli's podium at Brno is the first of his MotoGP class career. Lorenzo put his uncharacteristically off performance down to poor tyre choice. The Spaniard complained of a lack of grip from the front tyre that caused him to almost lose the front end on a number of occasions.

Ben Spies (Yamaha Factory Racing) slowly moved in on Lorenzo late in the race, but the American, suffering from a pinched nerve in his neck that numbed his left arm,was unable to get close enough to make a move for fourth. After the race, Spies commented that the race was one of the toughest of his career, given his physical limitations, and it was a battle just keeping his YZR-M1 on the circuit.

Cal Crutchlow (Monster Yamaha Tech 3) crashed out in turn one, the fourth DNF of the season for the British rookie. Karel Abraham (Cardion AB Motoracing) also had a fall; he rejoined the race but later retired with a mechanical failure. The two were joined in the pits in retirement by Álvaro Bautista (Rizla Suzuki), who low sided trying to make a move on Rossi for sixth position. John Hopkins, who was set to ride for this round, crashed in practice, breaking two fingers in his right hand and was unable to compete in the race. 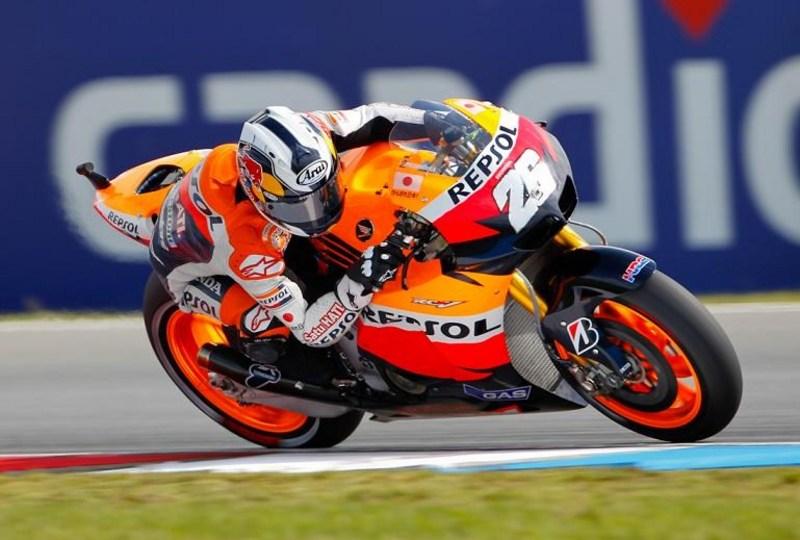 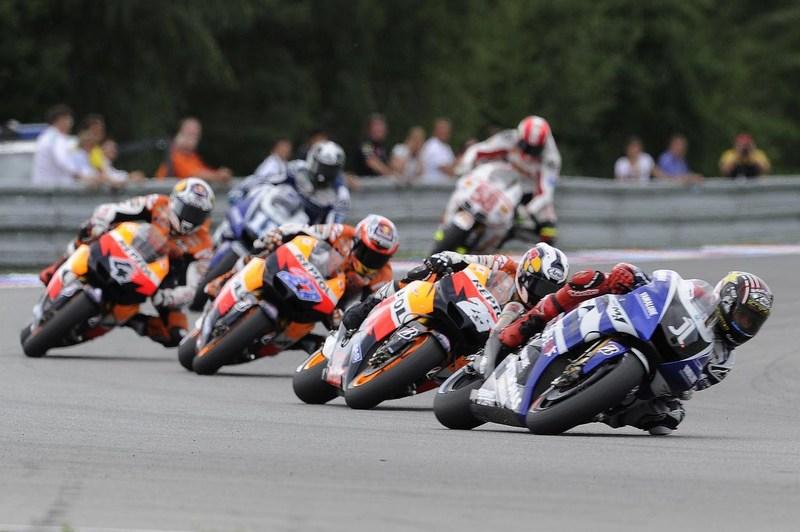 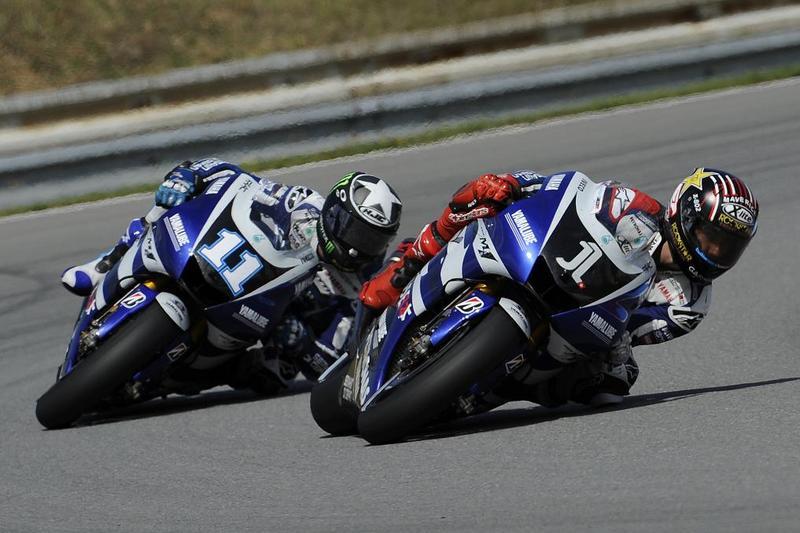