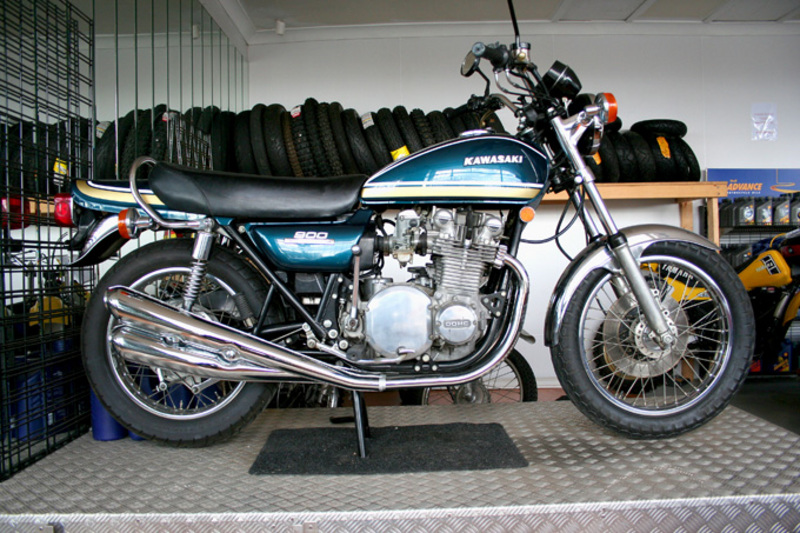 What started as a 750cc project actually morphed into a 903cc production machine that set the template for many of the big capacity tourers and Superbikes that followed.

At the time of its release, the Z1 was the biggest, most expensive and fastest Japanese production bike ever built. All that speed wasn't as terrifying as it was on the old H1 and H2s, though. As good in traffic and at commuting as it was on the highway, the powerful, smooth, reliable four stroke made the Z1 a great tourer as well as a potent road bike. It was also far cheaper than similar capacity BMW and Harley machines. The strong engine made it a natural for production racing, too, where it enjoyed success the world over. Being such a big bike, it was thirsty on fuel (though not as much as Kawasaki's big two strokes), but what did count against the Z1 was its weight and 'flexible' chassis.

At around 250kg wet, the Z1 was a big, heavy bike that wasn't really suitable for smaller riders. While most riders agreed the Z1's engine was a winner, those same riders also agreed the frame and front forks were the Z's weak spots. It wasn't long before British and European frame builders like Dunstall, Rickman, Dresda and more were offering stiffer, sportier frames with modified tanks and clip-on 'bars for enthusiasts to drop the potent Z lump into.

1975 marked a shift in the naming of the Z1 to Z900 (or Z1-B in some markets) and is something of an 'end of an era' model. Improvements on the debut model included replacement of the messy automatic chain oiler with a sealed O-ring chain, but even with this upgrade, it was wise to replace chains every 11,000km or so.

Ignition and carburation systems were slightly altered and a brake warning light was added to the gauges. The problematic single piece head gasket was replaced with a two piece unit, while alterations to the transmission's primary drive reduced noise, allowing the roar of the Z's four pipes to be heard more clearly. Annual colour changes to the tank and tail unit became the most obvious visual way to identify one year's Z1/Z900 from another, and the 1975 offerings were Candy Super Red and Candy Super Blue.

After 1975, a slight decrease in power output - carbs were downsized to 26mm units and the pipes were more heavily baffled - was compensated by a stiffer chassis and improved front suspension setup that negated the need for a steering damper. Twin front disc brakes were also added in 1976, and their popularity has since seen some earlier models retrofitted with them. Colours were once again changed and the US market got their own cruiser-style model, the Z900 LTD.

While the earliest 'Jaffa' model Z900s (so named for their distinctive orange & brown colour scheme) are a favourite with collectors, mid and late 1970s models of Kawasaki's 'economy superbike' still represent good buying for those after a classic, comfortable road bike/tourer with abundant performance.

KAWASAKI Z1 TRIVIA
Initially intended to be a 750cc four stroke, the release of Honda's CB750 in 1968 forced Kawasaki to redesign and increase capacity. Throughout this development phase, the Kawasaki Z1 used the bizarre code name of 'New York Steak'.

Following the lead of aftermarket chassis builders who used Z1 engines in their own café racer creations, Kawasaki released the Z1-R in 1978, a 'factory cafe racer' which featured a tuned 1105cc engine, ventilated disc brakes front and rear, a strengthened frame, more angular bodywork and a bikini fairing. 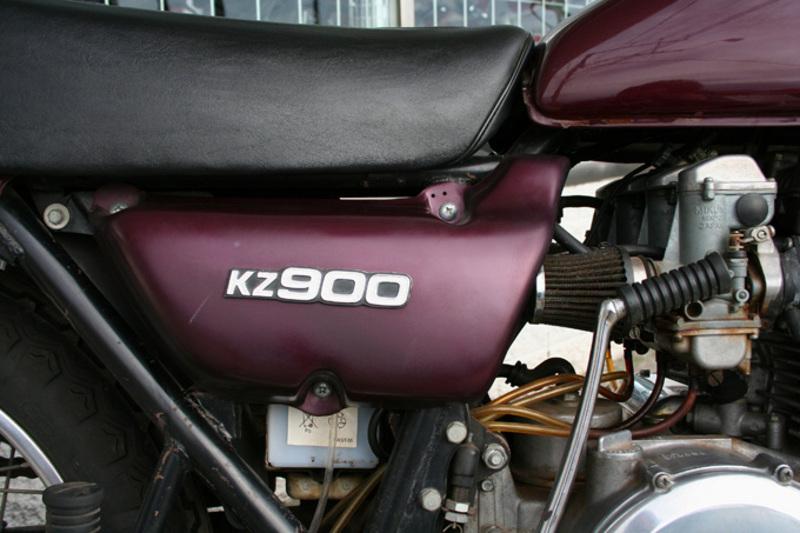 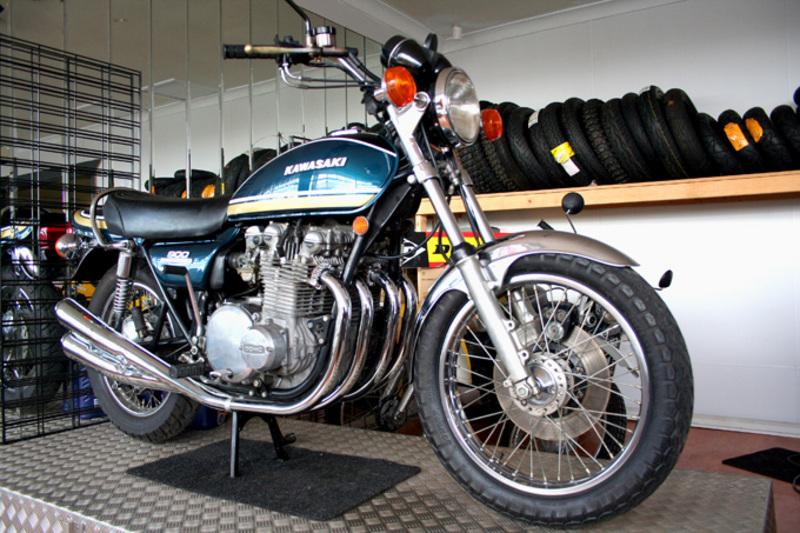 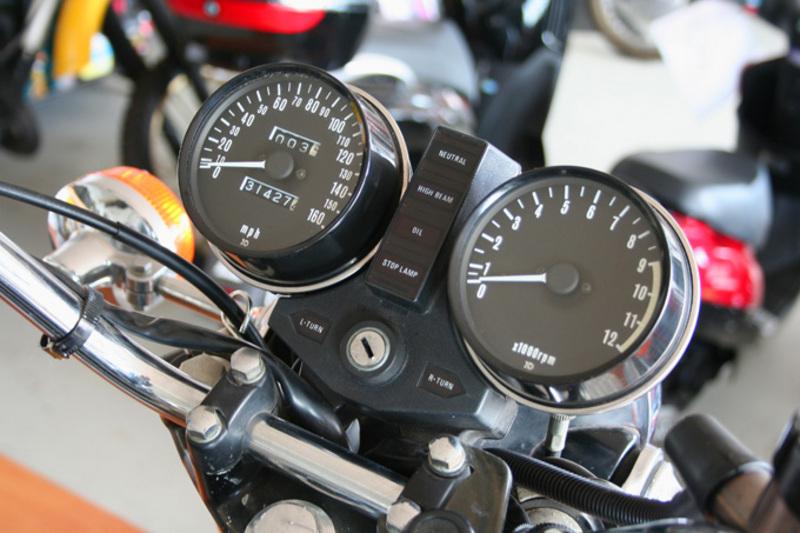 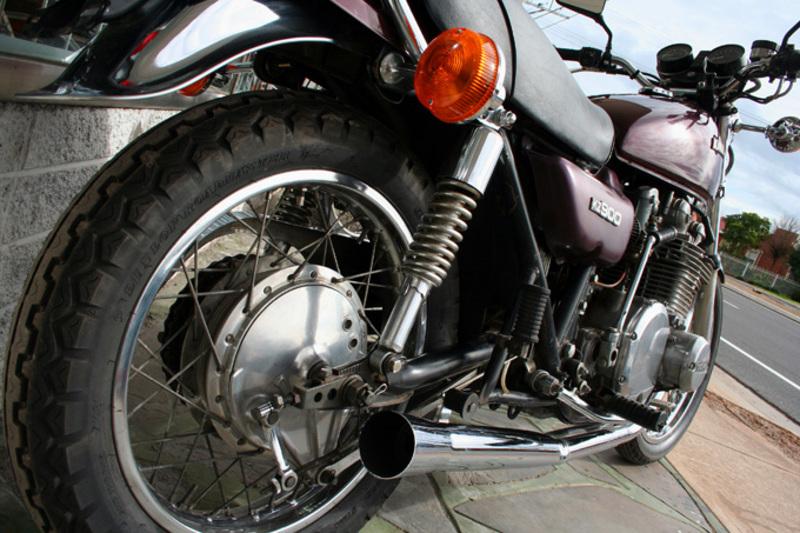 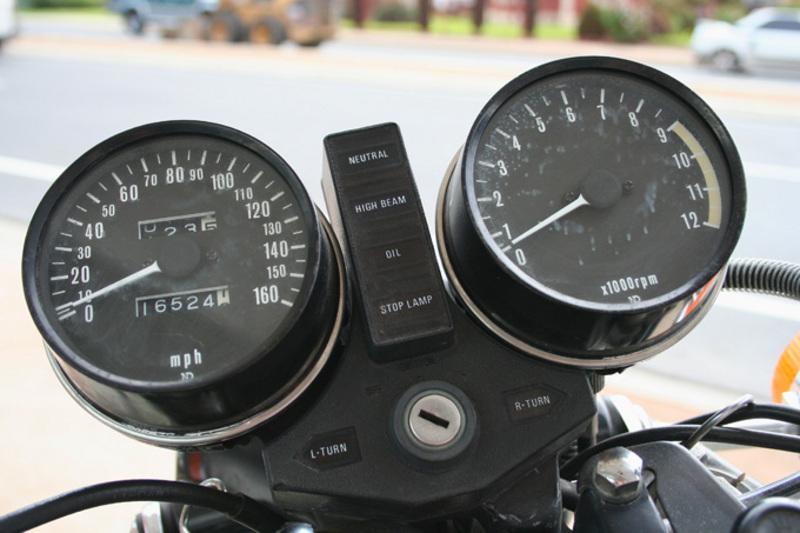 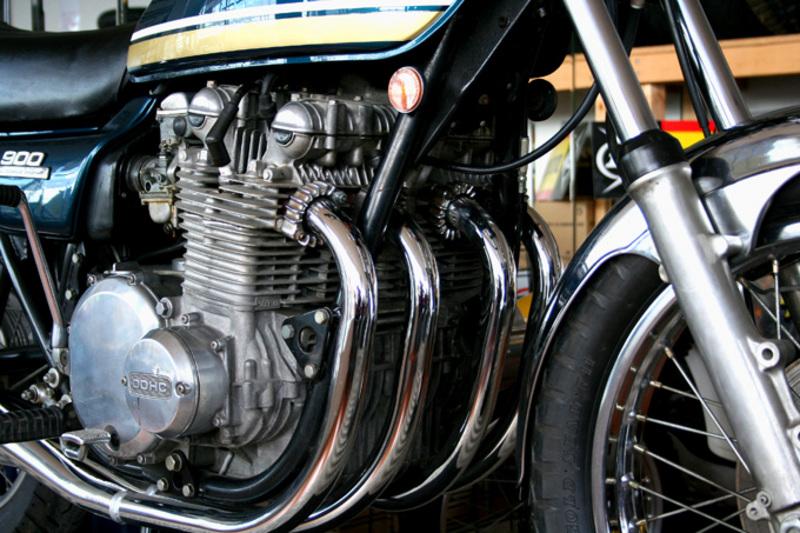 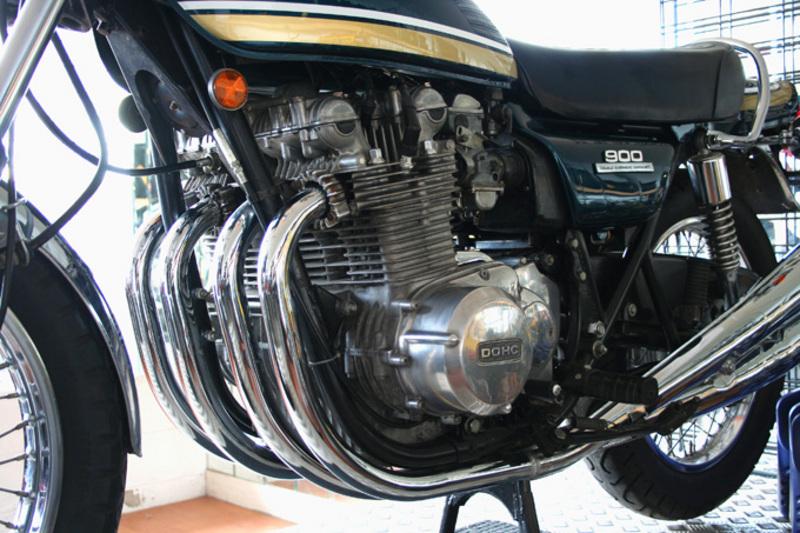 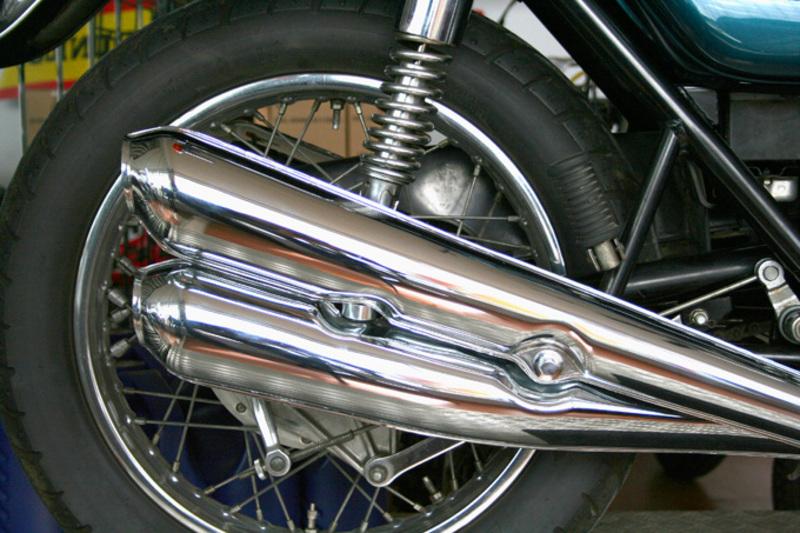 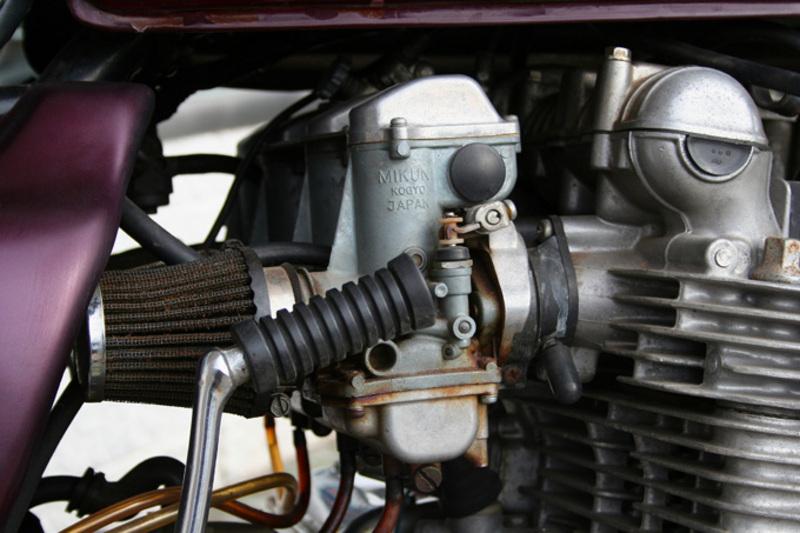 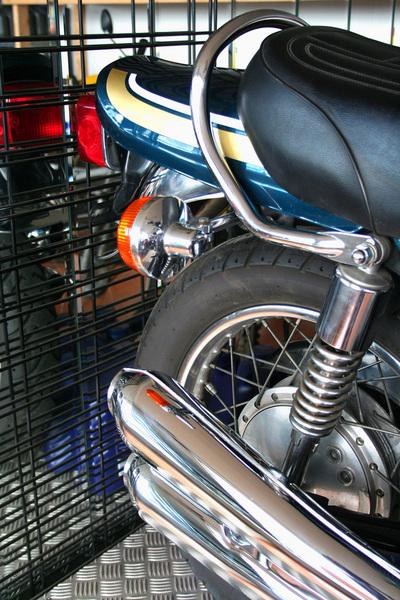 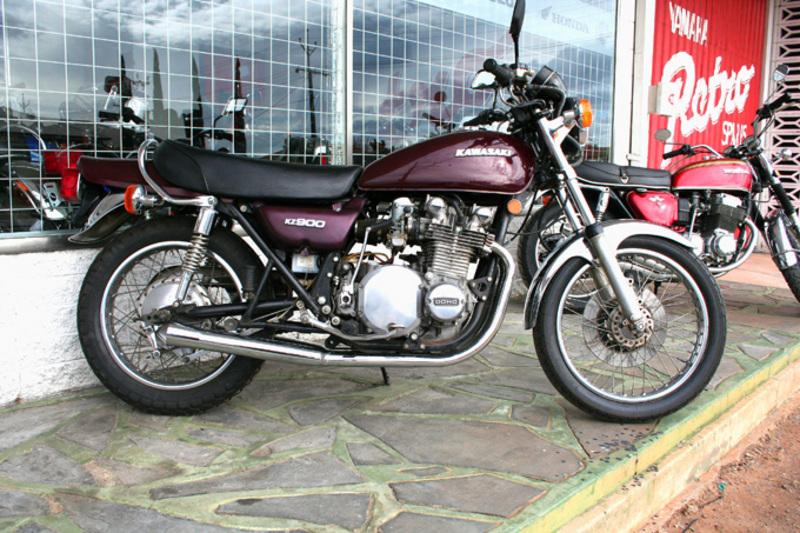 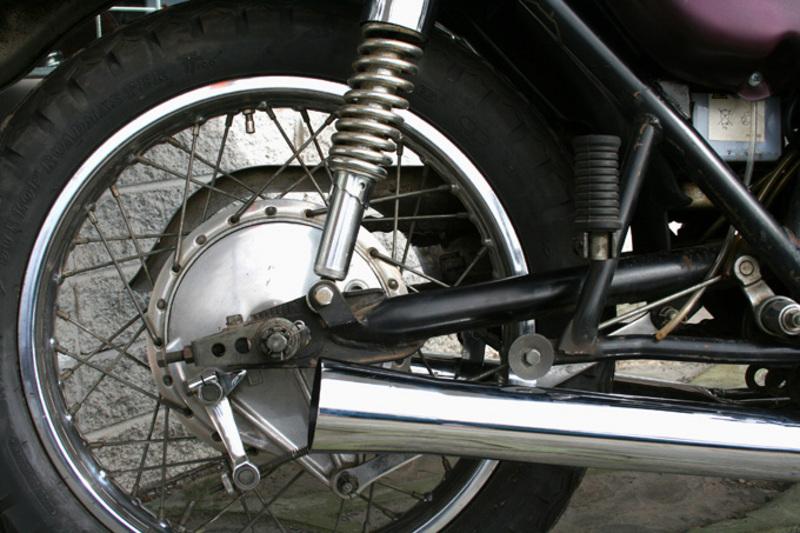