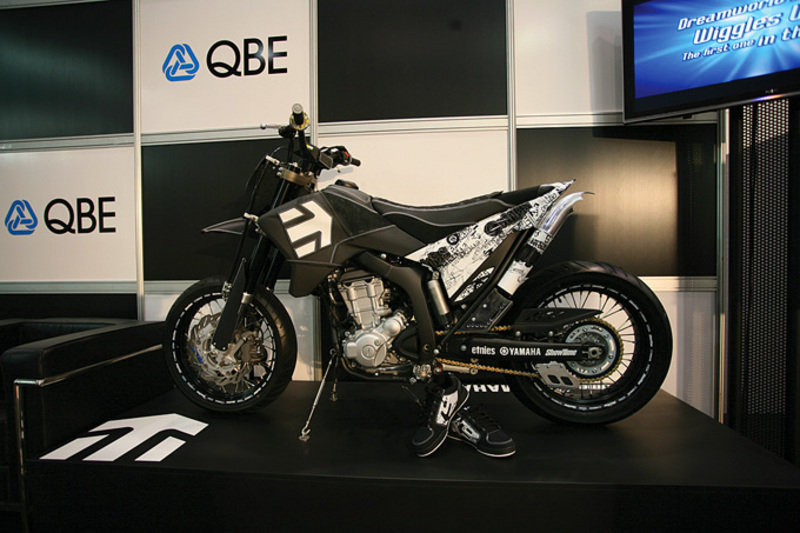 Instead of creating one wild custom bike, the team at Concepts by ShowTime created two - the 'Ocean & Earth Beach Cruiser' and the 'Etnies Yamaha WR' - which were unveiled at last year's Melbourne Motorcycle Expo.

As with previous creations (see the July '08 JUST BIKES for the wild 'Wicked Three' MT-01 trike), both of ShowTime's latest efforts take a stock Yamaha and apply some very different thinking to it!

The 'Ocean & Earth Beach Cruiser' is the more mechanically interesting of the two, insofar as it manages to wedge a V-Star 1300 engine into a custom-modified frame. ShowTime's Gary Reid described the Beach Cruiser as a "crazy idea" that revolved around trying to fit the biggest Yamaha cruiser engine into the smallest frame possible! The engine remained stock, but the 250cc frame needed a lot of work to accommodate the big donk! The major build by Concepts by ShowTime for 2008, the Beach Cruiser features a rigid rear end, custom tank, custom rear guard and custom panels (mimicking the oil tank, etc.), which conceal all the wiring and engine electronics. The springer front end gives the chopper a retro look, as do the big ape hangers, headlight and sprung saddle. If that wasn't enough, why not whack a surfboard carrier into it as well! Surfwear label, Ocean & Earth, sponsored this project, which made the addition of a surfboard and rack essential. Gary conceded the Beach Cruiser was a big job that took a lot of work from a lot of people - and was only completed just prior to the Melbourne Expo. Since its debut, the Beach Cruiser has been a big hit at the Gold Coast Expo, too.

The sponsor was the inspiration for the treatment of the second ShowTime creation, too. The 'motard meets streetfighter' look was ShowTime's own idea, but the finish on the WR 250 X motard custom was inspired by team sponsors, the footwear brand, Etnies. This translated into wrapping the plastics, tank, seat and front fender in leather and suede panels, all stitched together to mimic the finish on the popular street and skate shoes, which the ShowTime FMX team wear. The treatment continued on the seat, which was 'laced' in the same style as the shoes. Logos around the gloss black rims pick up on the 'stitching' theme, too. Suspension has been lowered to create the squat look, while the tail has been bobbed to show off the modified twin exhaust with custom cut tips. Matt black frame and swingarm, with black front forks complete the package.

What will be the next ShowTime creation? Not even JUST BIKES knows yet, so keep checking the ShowTime FMX website - www.showtimefmx.com - for updates, as well as dates on when the Yamaha ShowTime FMX team - who racked up their 10th year of death-defying freestyle MX stunts earlier this year - will be performing at a venue near you. 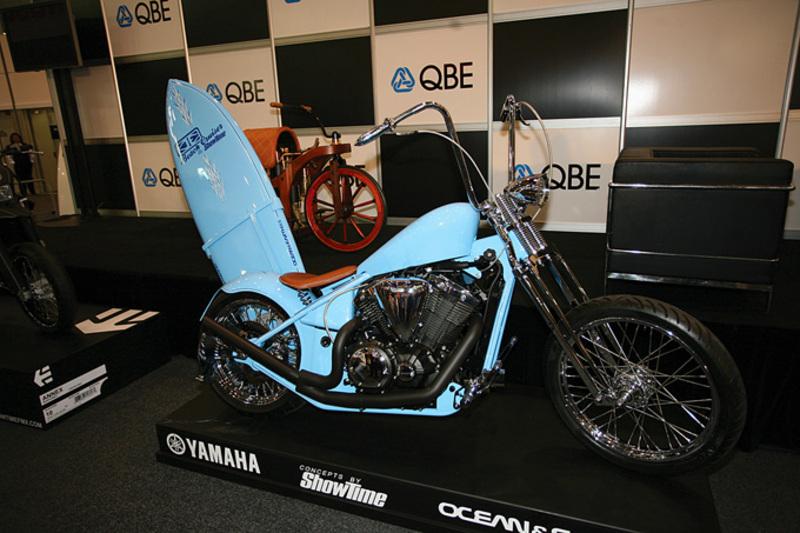 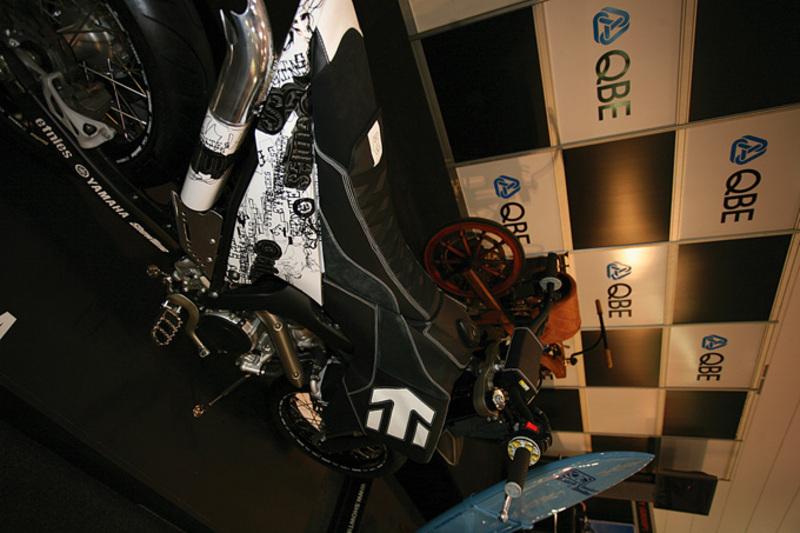 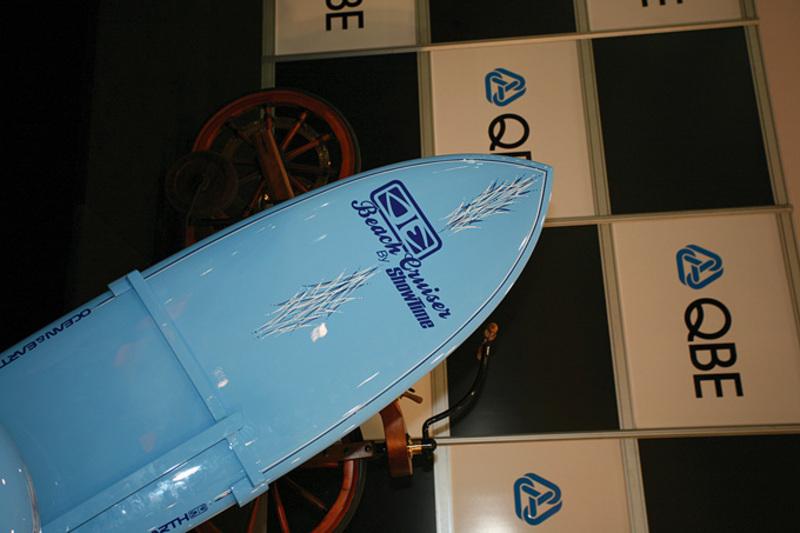 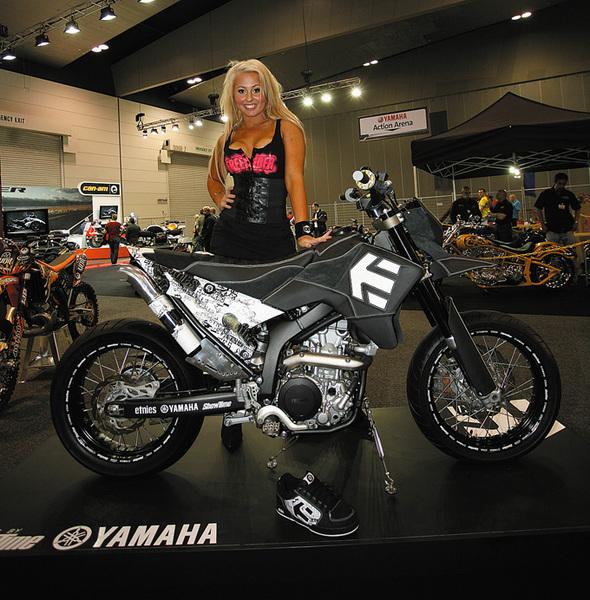 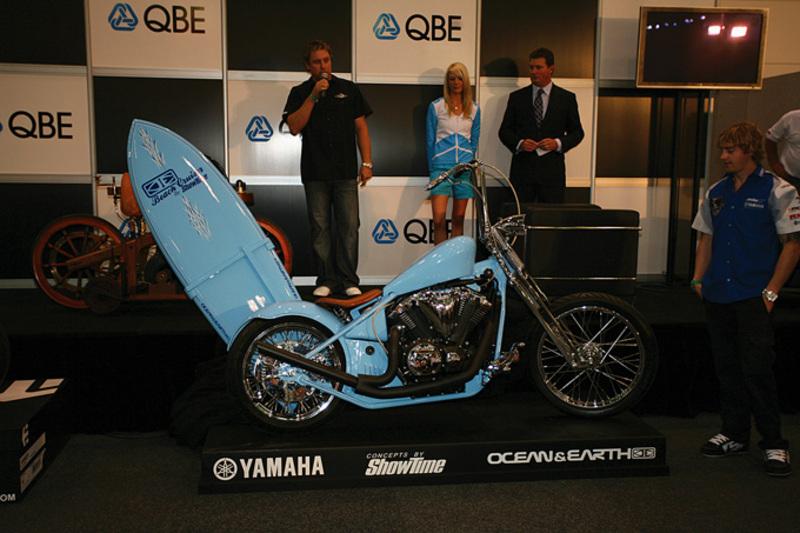