Royal Enfield have introduced the 2022 version of their Himalayan adventure touring motorcycle, which comes with a range of new and improved features. 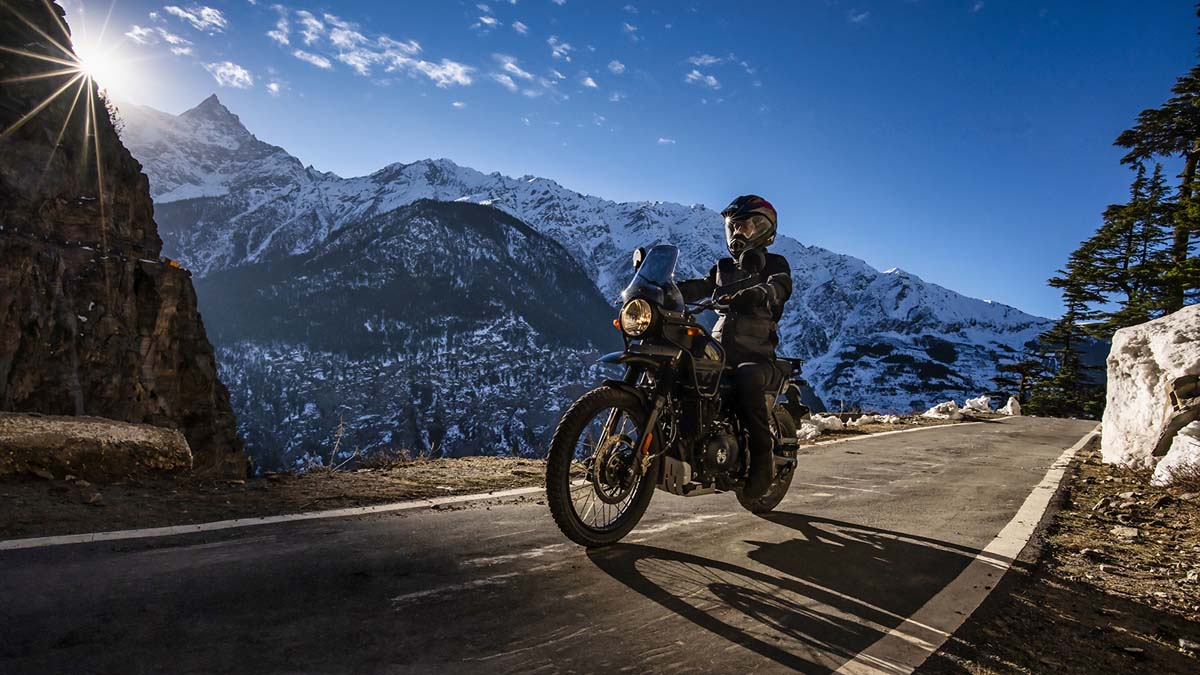 The MY22 Himalayan is an evolution of the model that Royal Enfield launched in 2016 and reached Australia a year later. To date, almost 1,800 Himalayans have been sold in Australia and New Zealand alone.

“In a short span, the Himalayan has opened up a new category within global adventure touring, has successfully established itself as a truly global motorcycle and has been among the most sought-after motorcycles from Royal Enfield across several markets,” said Vimal Sumbly, Business Head APAC, Royal Enfield.

“The originally developed Himalayan was a category first, and was a very versatile and accessible motorcycle. Over the years, together with feedback from our riding community, we have consistently evolved the Himalayan in design and functionality, and improved the overall ride experience. This has resonated very well with millions of adventure enthusiasts across the world, who now have new variants to choose from.”

At first glance, the new Himalayan looks near-identical to the old one, and while most of the existing componentry carries over, improvements have been made in key areas.

The MY22 Himalayan continues to be powered by the ‘LS410’ 411cc SOHC 4-stroke single, but that Euro4-spec engine, which gained fuel injection for 2020, has been updated to meet Euro5 compliance regulations. Achieving Euro5 has had no impact on output, so the existing maximums of 18.02kW at 6500rpm and 32Nm at 4250-4500rpm from this long-stroke engine are unchanged.

On the Himalayan’s braking, the single 300mm front disc and 240mm rear disc are unchanged, as are the calipers; a two-piston front and single-piston rear. What has changed is the full-time ABS that was introduced for 2020 is now a dual-channel type and can be disengaged on the rear wheel – much more suitable for an adventure bike.

The tank protection bars have been reshaped, now with a tapered lower section, while the rear carry rack has also been reshaped and positioned closer to the pillion seat and tail light. The tubing for the rear rack appears to be thicker, too.

There’s also a new windscreen, along with a new seat that claims to offer improved comfort. Like the tank and rear rack bars, differences are hard to spot at first glance, although on closer inspection, the screen has been reshaped and now integrates more neatly around the headlight and dash pod. Both these additions have no effect on the Himalayan’s existing measures, with the overall height – including the screen – still at 1360mm and seat height remaining unchanged at 800mm.

The final key addition to the Himalayan for 2022 is Royal Enfield’s Tripper navigation that debuted on the Meteor 350 cruiser earlier this year. Tripper is a simple, turn-by-turn navigation system that’s powered by Google Maps and is paired, via a Royal Enfield App on your smartphone, to the motorcycle via Bluetooth.

Tripper presents instructions in simple graphic form. For example, an upcoming turn is indicated as an arrow that “fills” with colour as the corner draws nearer, then flashes when the turn is imminent.

On the Meteor 350, the Tripper pod serves as a clock when route instructions aren’t required, so presumably this feature is offered on the Himalayan, too.

Tacked to the offside of the existing instrument cluster, the Tripper pod makes the Himalayan’s asymmetrical dash display even moreso.

Other points of interest on the 2022 Himalayan are what Royal Enfield calls “new aesthetics” and three new colour options.

The aesthetics include things like fork yokes, handlebar mounts, rear pannier mounts and a tail light shell that are now colour-matched to the black frame. There’s also a black heatshield for the exhaust silencer, revised sidecover graphics and subtler Royal Enfield identification on the tank protection bars.

To grow adoption and interest in the new Himalayan, Royal Enfield say they will be conducting Himalayan adventure rides and Himalayan off-road training events locally in the near future.

With its Euro5-compliant powerplant, new features and upgrades, pricing for the LAMS-approved adventure bike has risen, now starting at $8,190 ride away and rising to $8,590 ride away, which are $500 increases on the old Euro4 model.

See your Royal Enfield dealer for further details, or go to: royalenfield.com.au to order online.