After previewing the model back in March, the Australian rollout of Royal Enfield’s new ‘Scram 411’ began in June, with the stylish street scrambler now in dealerships. 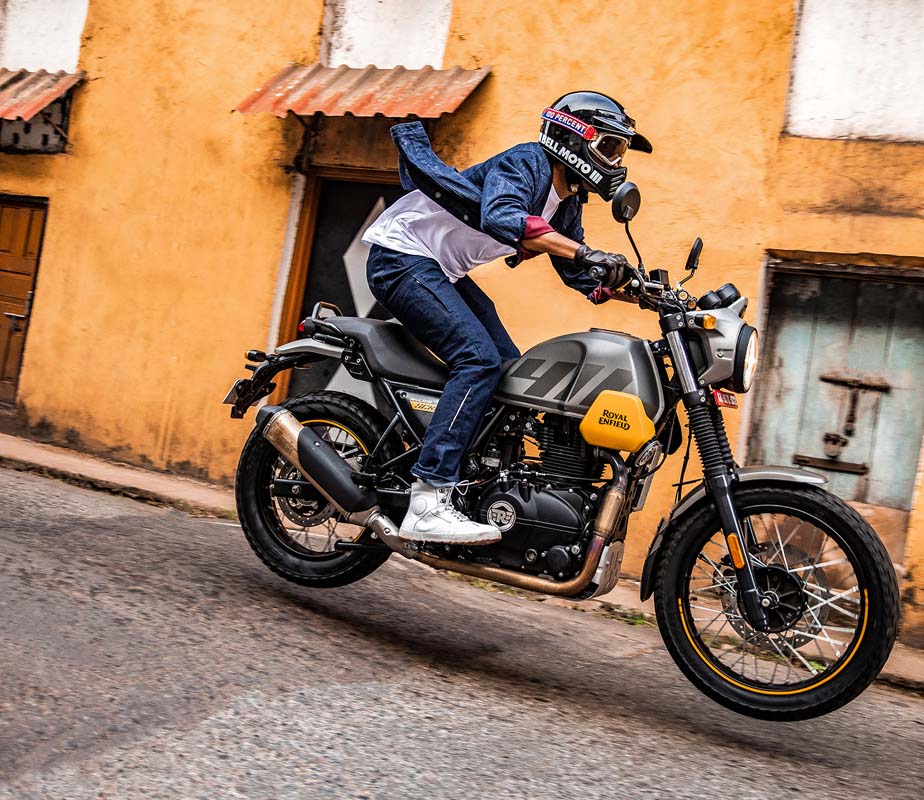 Royal Enfield are calling the Scram 411 a new category of motorcycle – an ‘adventure crossover’ that’s agile on the street and capable beyond.

Based on the popular Himalayan adventure tourer, but aimed more at urban use, the Scram 411 uses the Himalayan’s frame, as well as its 17.88kW/32Nm LS-410 single-cylinder engine, five-speed gearbox, brakes, suspension and other cycle parts. 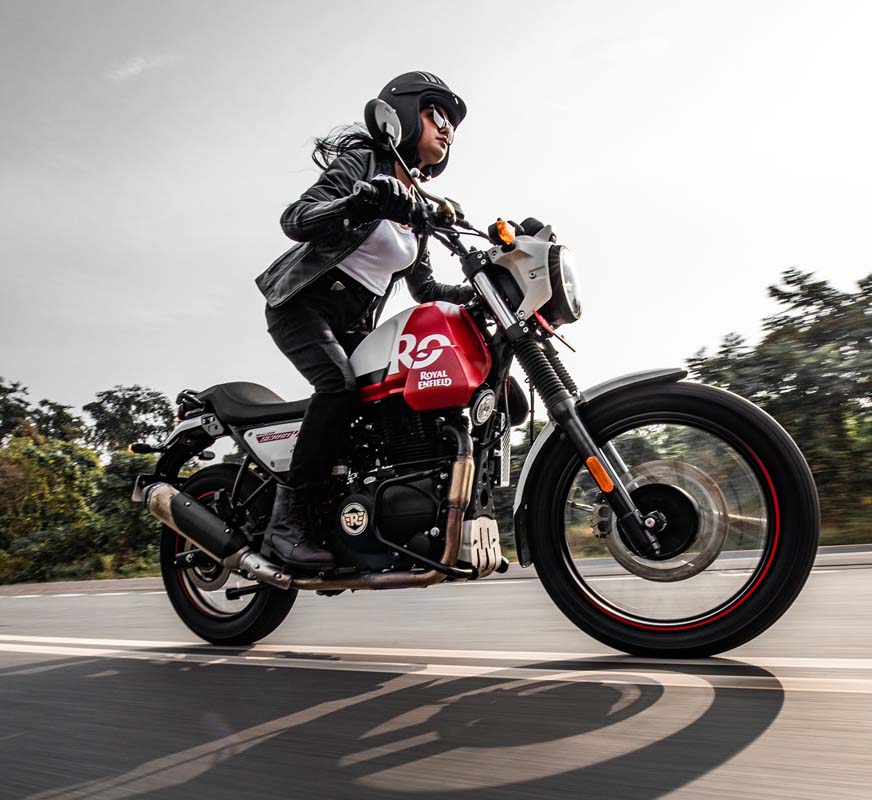 Differences include a 19-inch front wheel (instead of 21 inches on the Himalayan), a lower seat and handlebars, reduced front suspension travel and reduced ground clearance, while stripping some of the Himalayan’s standard features means the Scram 411 is 6kg lighter at 185kg wet.

An analogue speedo with LCD insert is paired with the Tripper app-based navigation system as standard, with dual-channel ABS also standard. 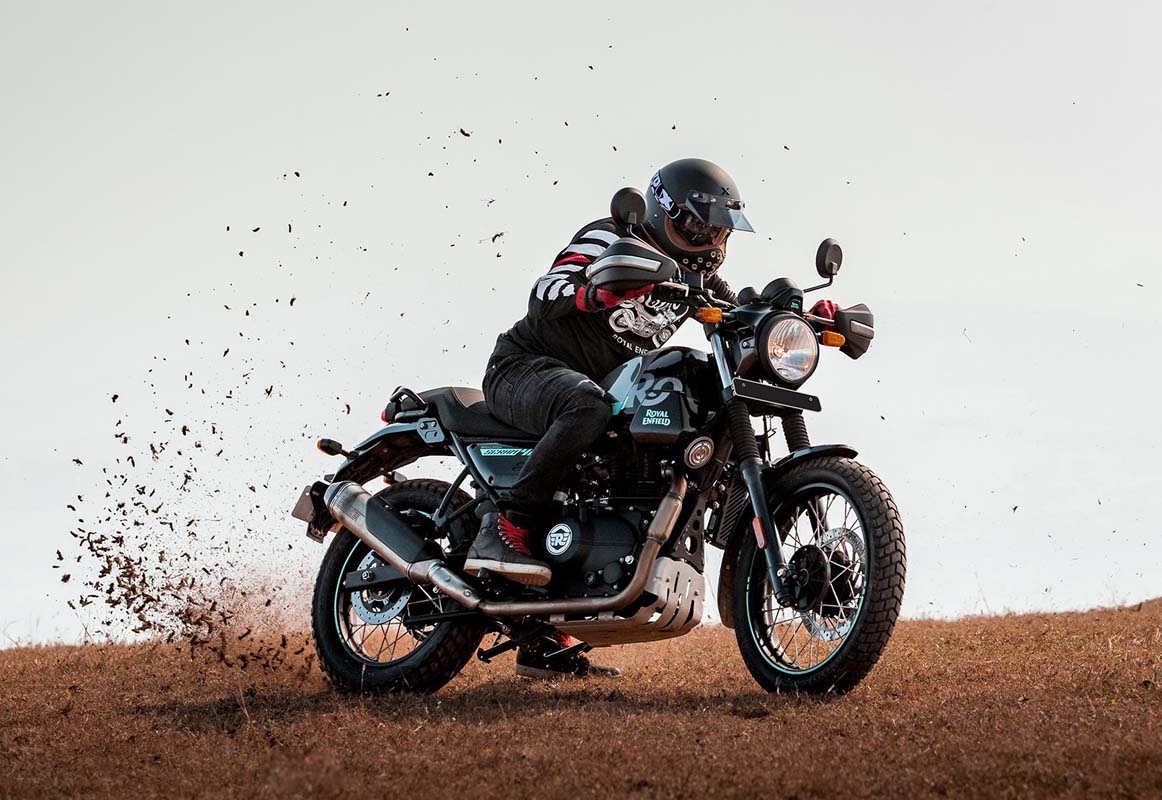 The key differences against the Himalayan come down to style, with the Scram 411 deleting things like the front carrier racks, front beak and windscreen, while redesigning things like the seat, sidecovers, headlight surround and mudguards. 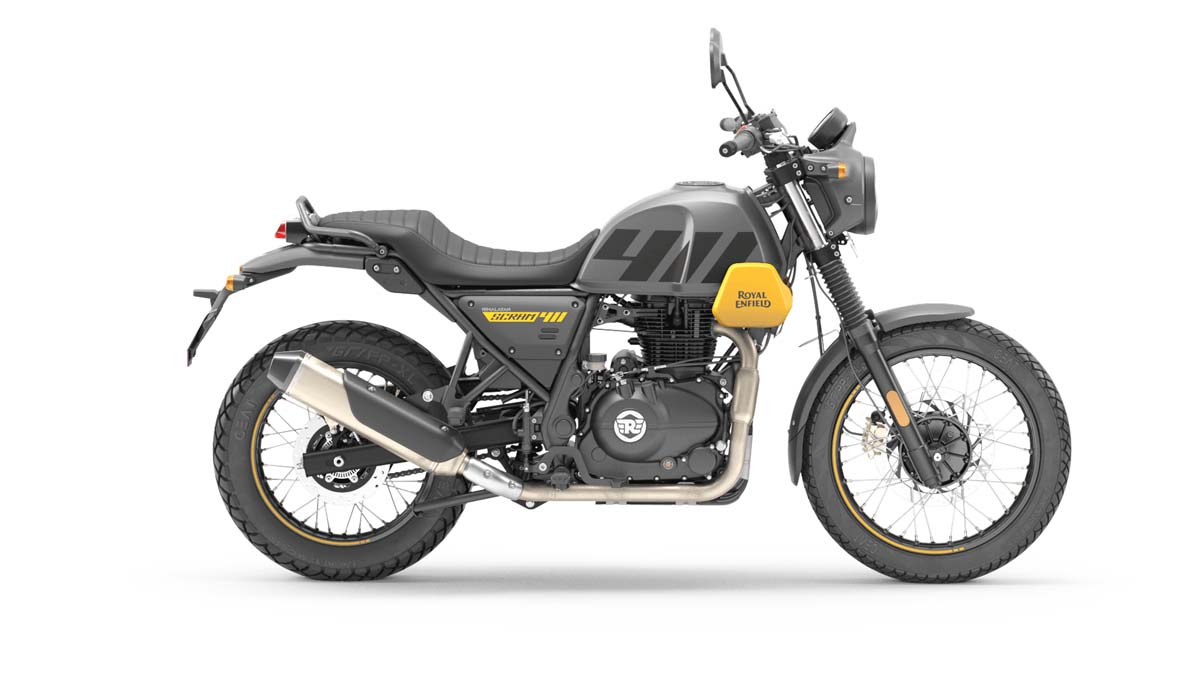 Seven available colours are divided into three themes. Graphite Blue, Graphite Red and Graphite Yellow are the ‘entry-level’ offerings, adding bright colours to areas like the wheels and ‘urban badge’ blanking plates on the tank. 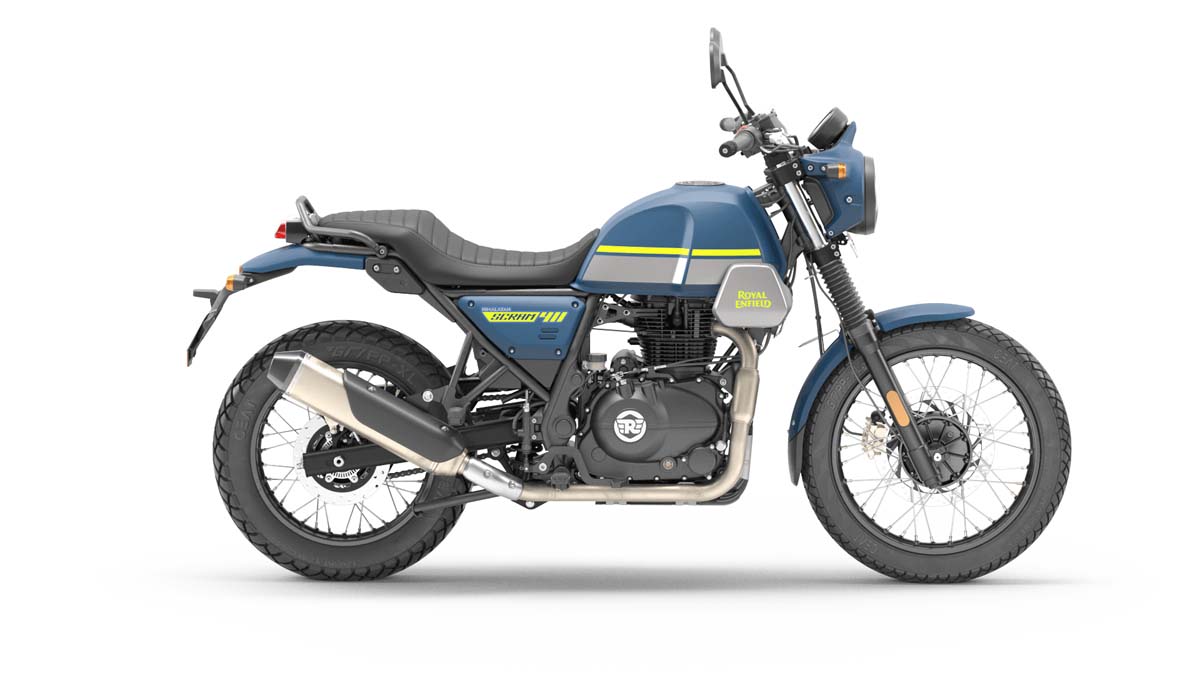 Above these, Blazing Black features a predominantly black finish, contrasted with red and gold detailing, while Skyline Blue offers a similar treatment, with yellow and silver detailing on a dark blue base. 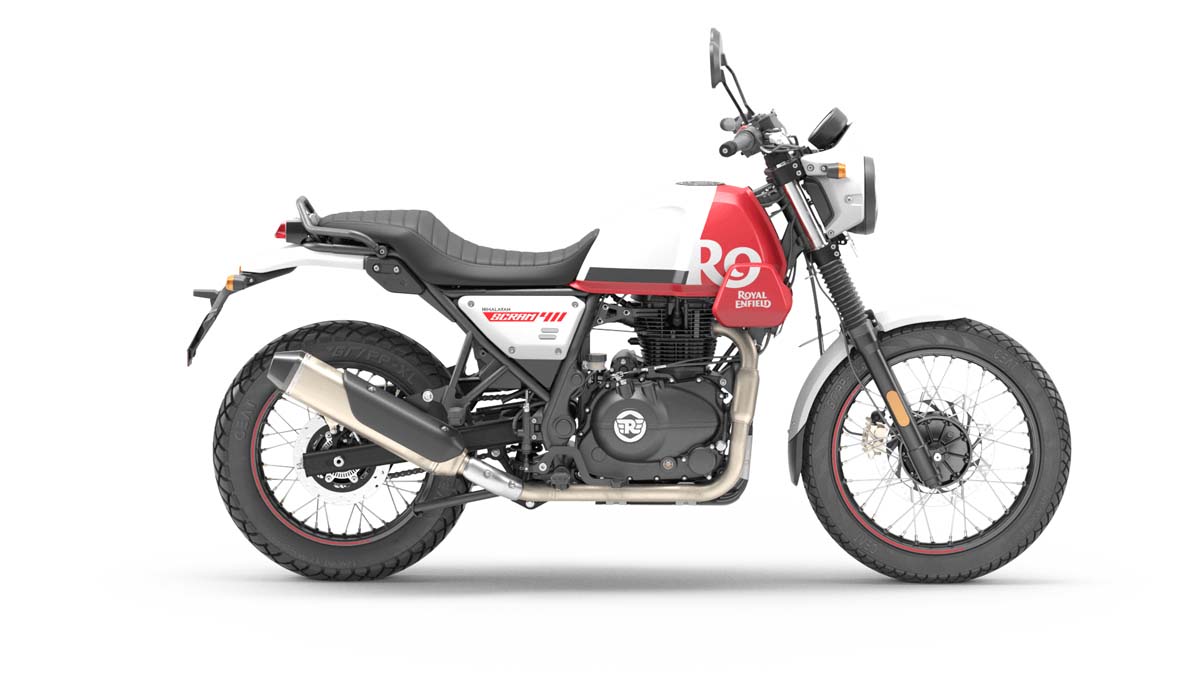 Of the two premium colour options, Silver Spirit features a predominantly black finish for the tank, headlight surround, mudguards and sidecovers, contrasted by a silver section on the tank and pale blue detailing. White Flame is similar, but swaps a black base for white, with the detailing and tank accents in red. 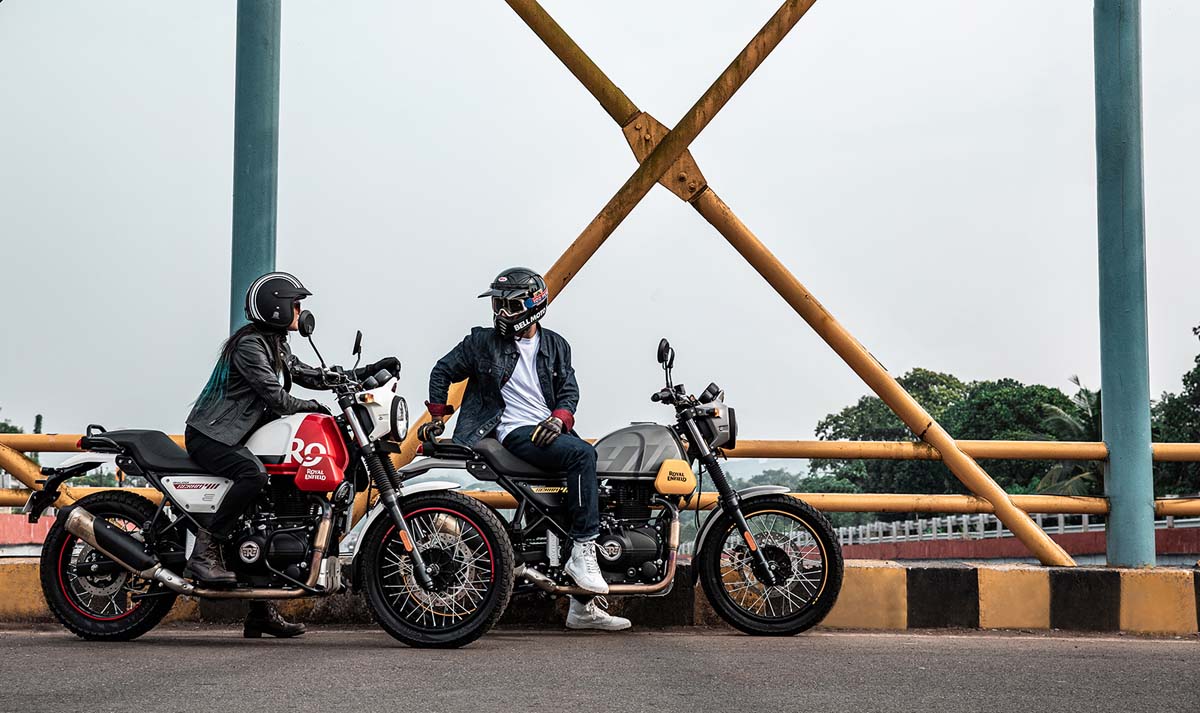 Backed by a 3-year warranty and 3-year roadside assist, pricing for the Scram 411 starts at $8,240 ride away for the Graphite colours. Skyline Blue and Blazing Black are $8,340 ride away, with Silver Spirit and White Flame at $8,440 ride away.