Rossi’s No. 46 retired from MotoGP

Rossi’s No. 46 retired from MotoGP

Valentino Rossi’s famous ‘46’ will no longer be seen on a bike in MotoGP, with the number officially retired from the premier class, six months after the man himself retired. 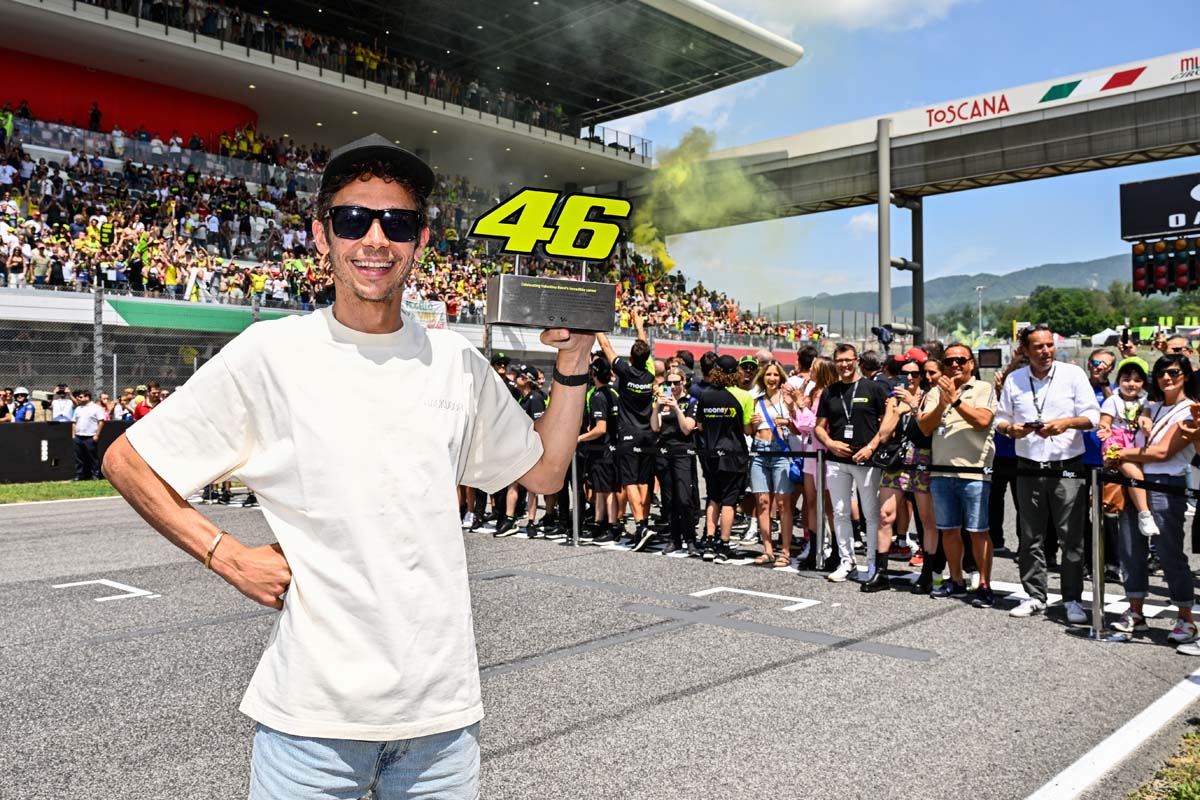 Outside of active or recent riders who died in competition - Marco Simoncelli’s #58, Nicky Hayden’s #69 and Daijiro Kato’s #73 are examples - retirement of a racing number has rarely been applied, so the removal of #46 is unusual. It’s not unprecedented, though, with Kevin Schwantz’s #34 and Loris Capirossi’s #65 both retired from the premier class out of respect for each rider’s career and contribution to the sport.

As with the retirement of Schwantz’s number, the FIM is believed to be behind the decision to retire Rossi’s, with the man himself stating back in 2016 he had no desire to see his famous #46 withdrawn. Nevertheless, the nine-time world champion was present for a special ceremony on 28 May at Mugello – the same venue where he won seven years in succession between 2002 and 2008 - to mark the retirement. 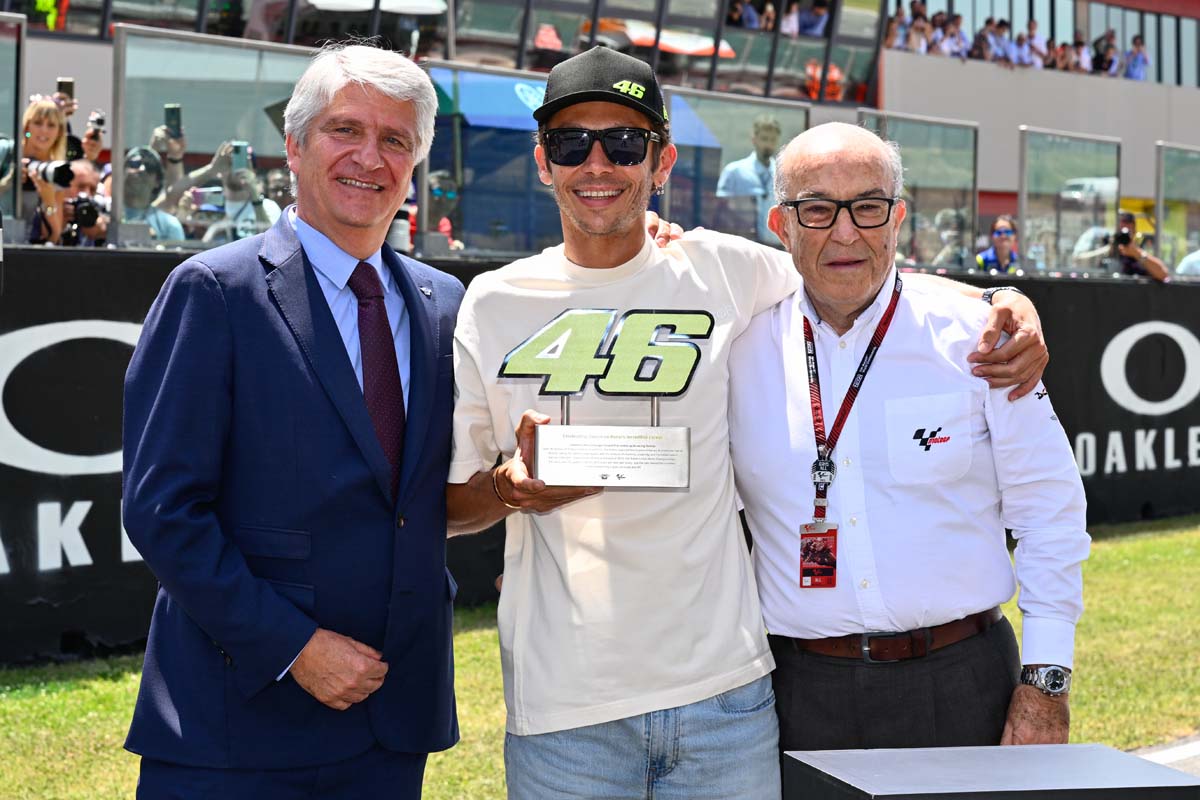 Rossi was joined on the start-finish straight of the Italian circuit by FIM President Jorge Viegas, Dorna CEO Carmelo Ezpeleta and most of the grand prix paddock in formalising the retirement of ‘46’ from MotoGP, meaning no future premier class riders will be able to use it.

Viegas and Ezpeleta presented Rossi with a special trophy bearing the number he used during his 26 seasons of grand prix competition, a number he rode “to unprecedented levels of recognition, creating a global sporting icon in the process,” according to Dorna.

"It is a mixture of feelings, from one side, it is very sad that I've finished, I've stopped, and also the 46 it is retired from MotoGP,” Rossi said.

“On the other side, it is a great feeling because it was a long story and an unforgettable career full of great moments, so I am very proud of this.” 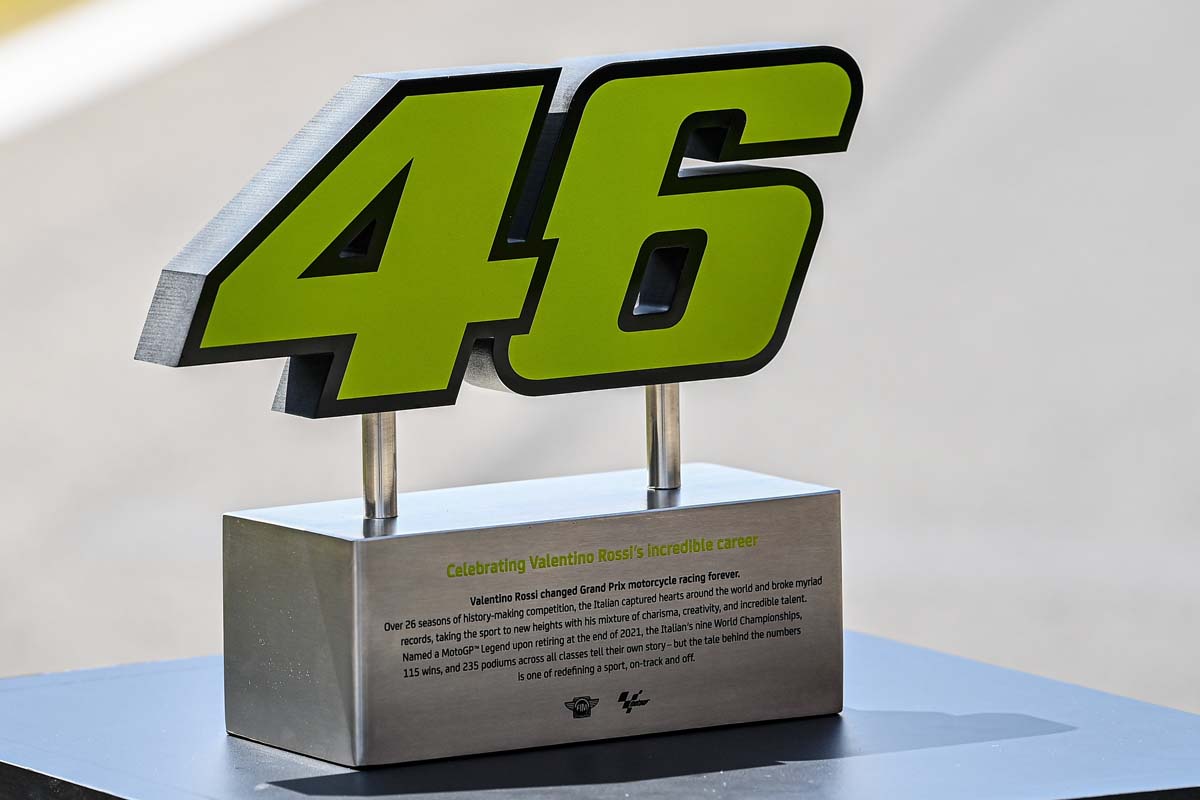 At the start of his grand prix journey, Rossi chose 46 as it was the same number used by his father, Graziano, who finished third in the 250cc World Championship in 1979.

A constant across his career in the junior GP classes, Rossi’s 46 become synonymous with the man himself when he retained it after winning his first premier class title in 2001, rather than adopt the #1 plate as was the tradition.

Along with Rossi’s induction into the MotoGP Legends Hall of Fame just hours after his last race in 2021, the withdrawal of his number from future MotoGP competition is a further sign of the regard he is held in by the sport. 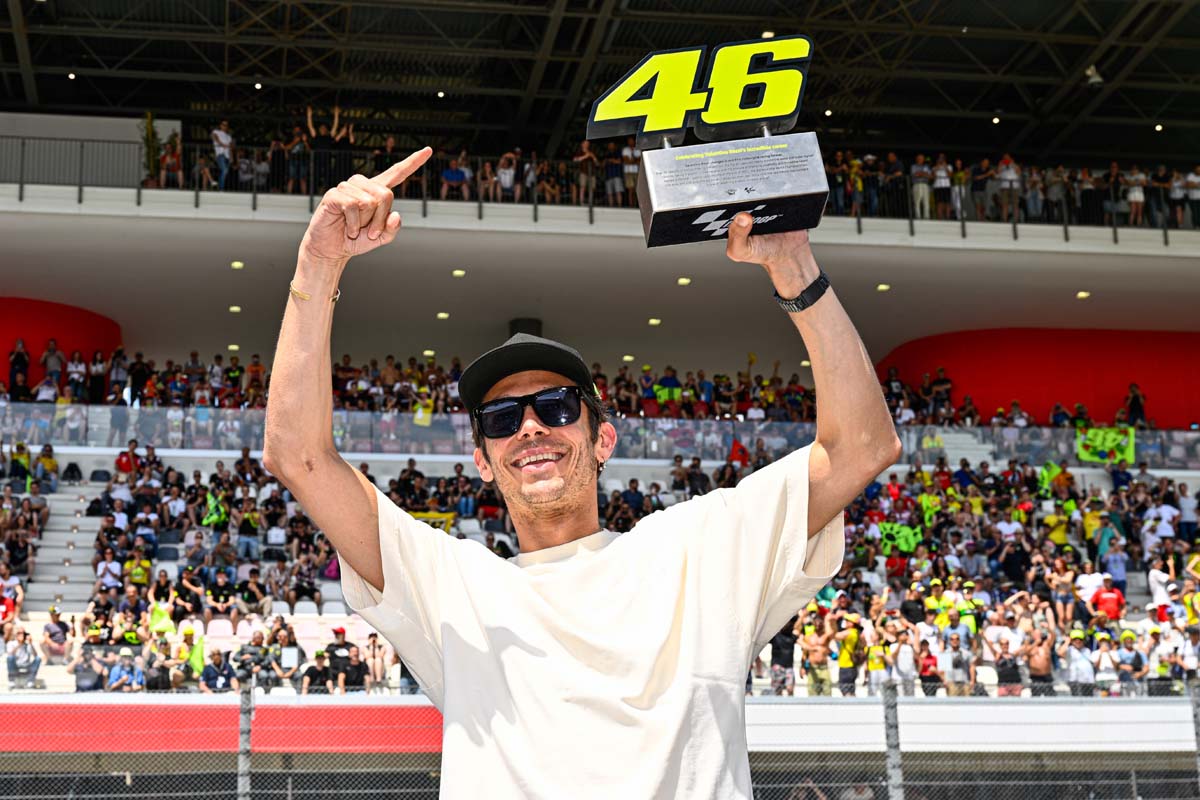 When asked at the ceremony if he misses the racing and atmosphere of MotoGP, Rossi replied: "For sure I miss it, because it has been my life for 26 years, to follow the championship around the world, but it is good.

“I am happy, I do not miss it a lot because it was also very long, very stressful. So now I am a bit more relaxed and I think that it was the right time!" 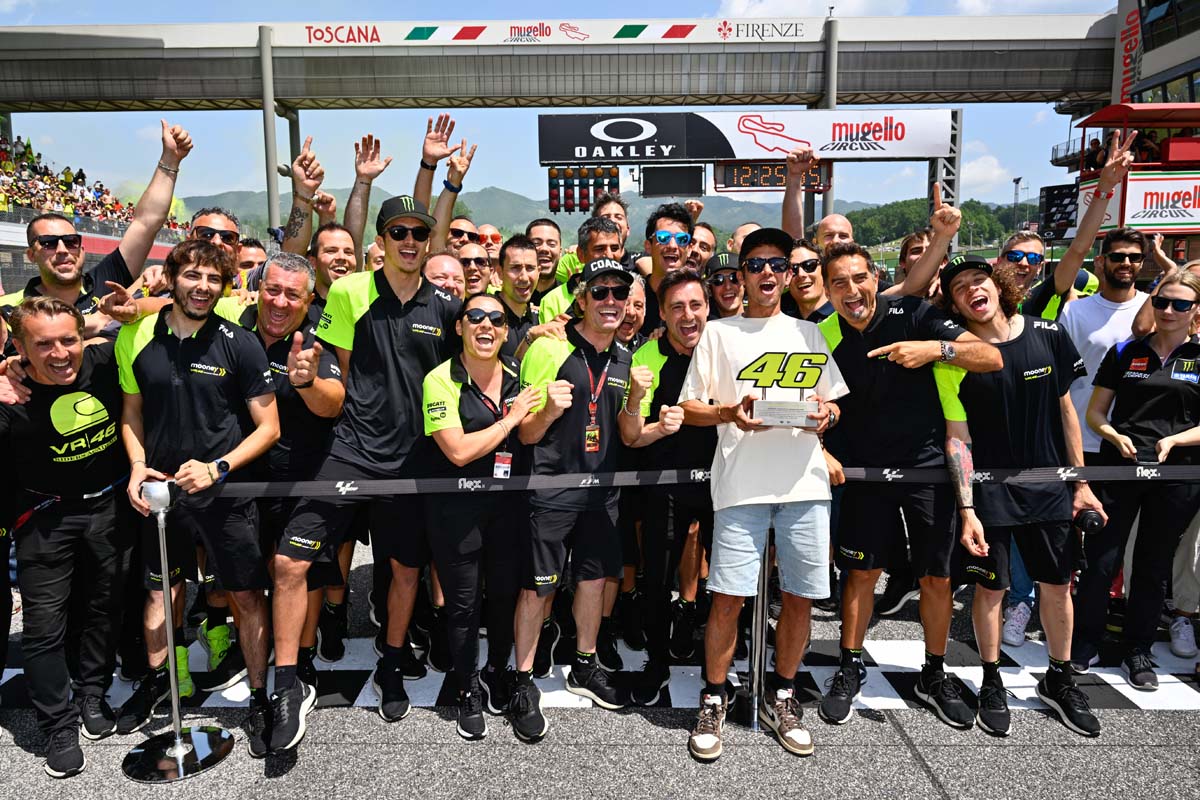