Rossi inducted as a MotoGP Legend

Nine-time World Champion is the latest inductee in the MotoGP Hall of Fame.

Rossi inducted as a MotoGP Legend

Formalising a status that’s been known and acknowledged for years, Valentino Rossi is officially a MotoGP Legend and has been inducted into the MotoGP Hall of Fame. 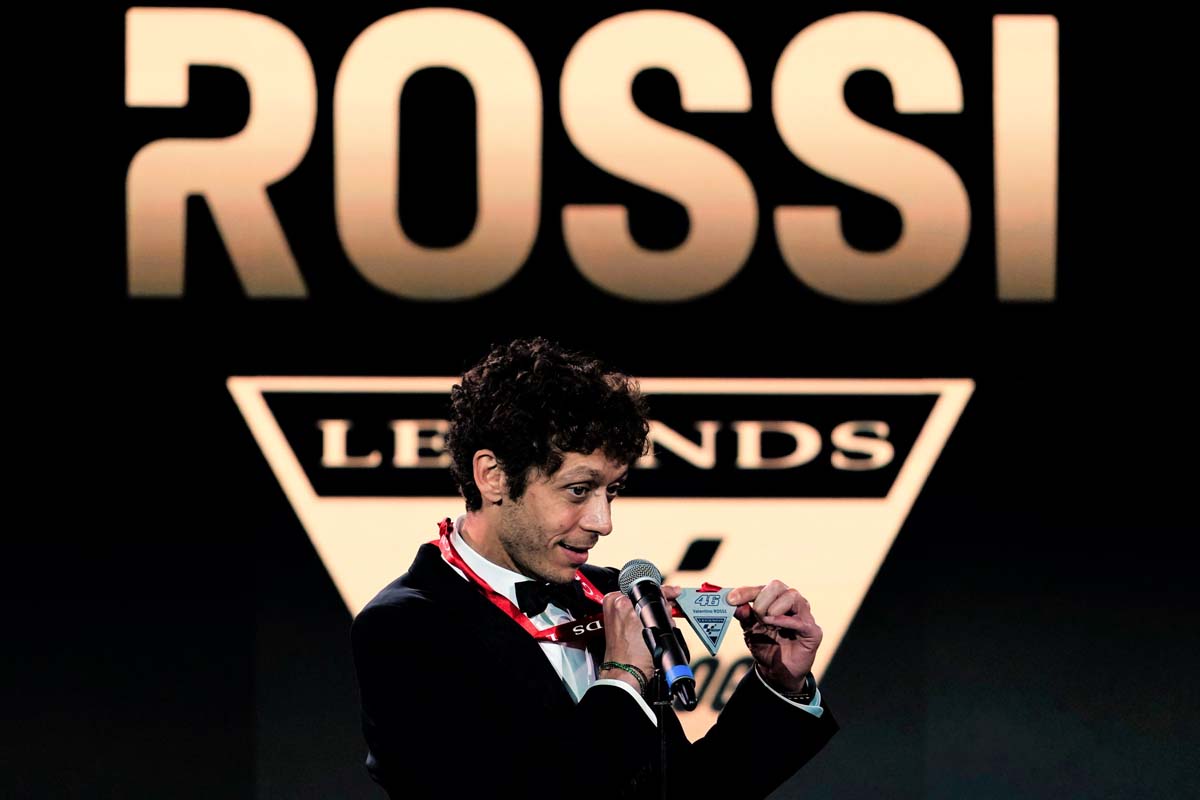 Just a few hours after he rode his 432nd and last grand prix race at the 2021 season finale in Valencia, a special ceremony as part of the FIM MotoGP Awards saw the newly-retired nine-time World Champion receive his Legends medallion from Dorna Sports CEO Carmelo Ezpeleta. 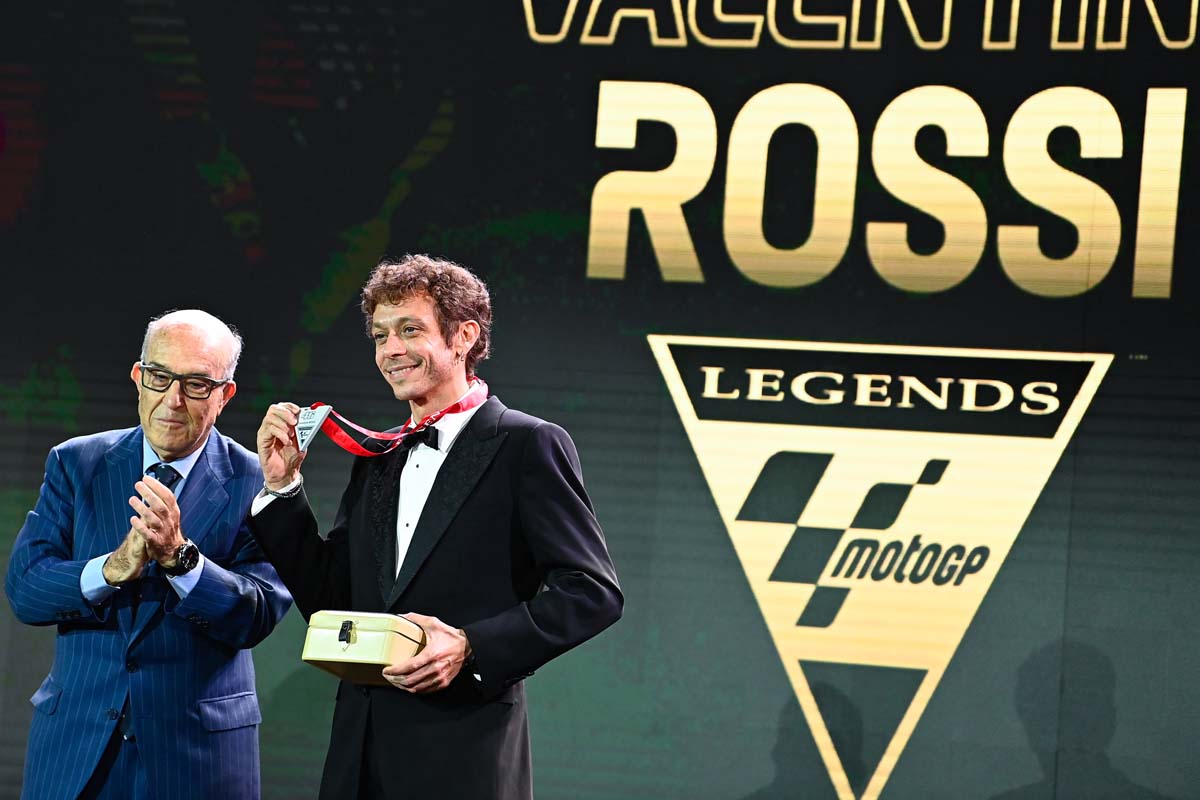 "The only thing I can say to Vale is thank you very much. It’s been amazing since 1997 in Malaysia, we saw a guy doing fantastic races but also very special for so many reasons,” said Ezpeleta.
"First of all, Valentino has been an incredible rider. Even at 42, he was within tenths of Fabio (Quartararo). But also, his personality, the situation he’s helped us to create, the Safety Commission, it’s something very special. These are all the words I can say. Grazie, Valentino!" 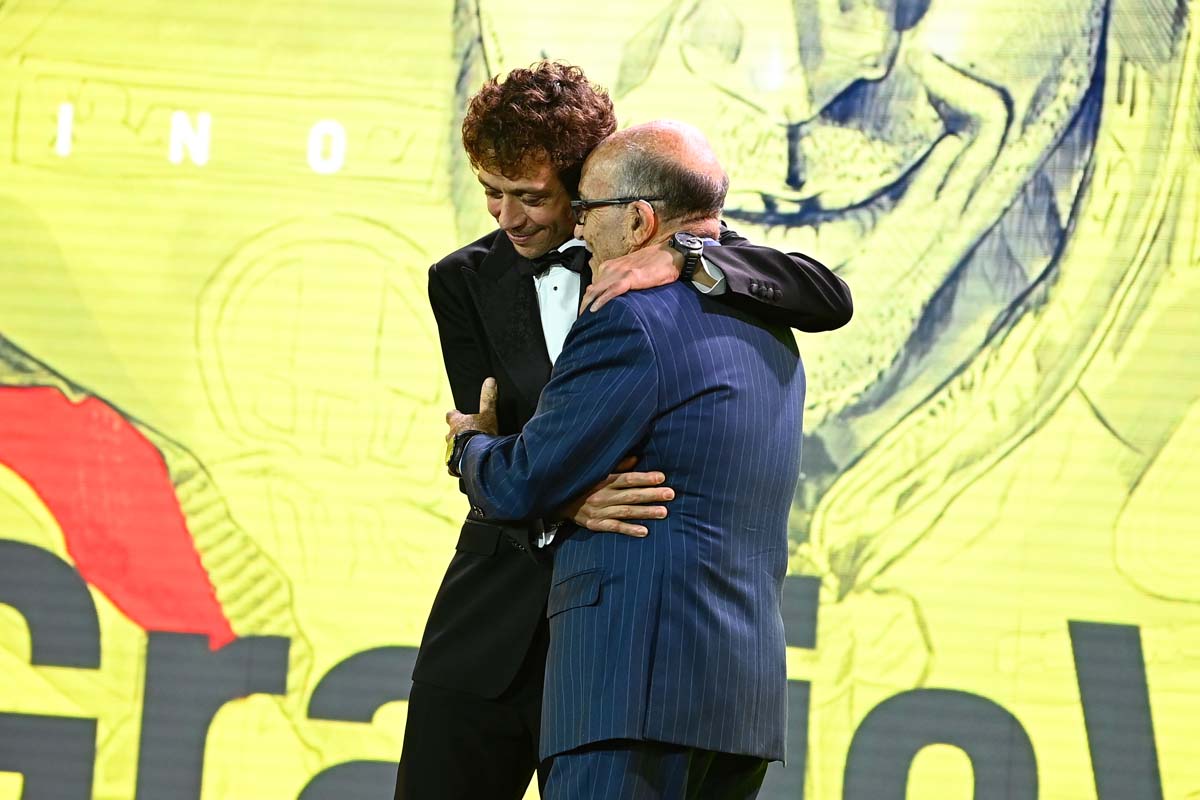 Some of Rossi’s racing contemporaries, like Casey Stoner and the late Marco Simoncelli and Nicky Hayden, have also been inducted as MotoGP Legends. 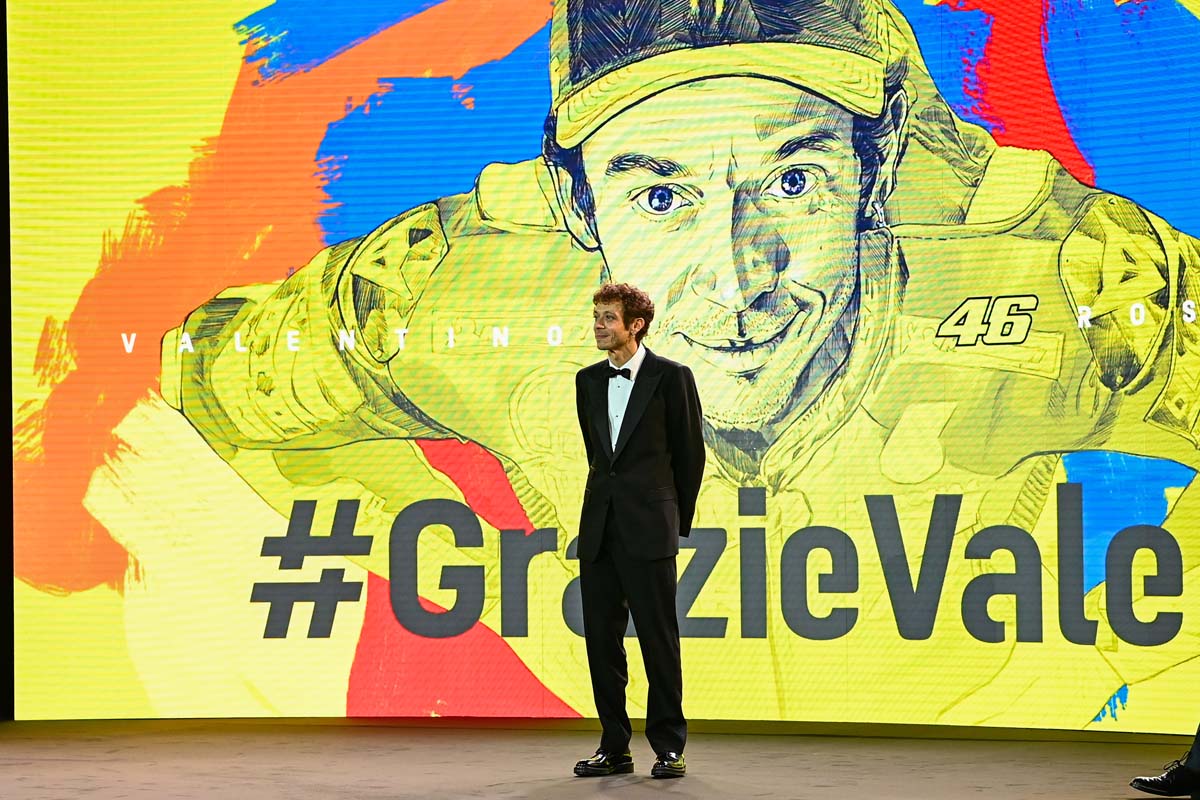 "I always think of this day like a nightmare, because it’s the end of a long career and I think it would be in Valencia, but in the end, I enjoyed it a lot, so I have to thank everyone, everyone who has worked with me, the whole paddock, the other riders,” Rossi said.

“It was an unforgettable day and I enjoyed it. It was a long career, and always a pleasure."

Being made a MotoGP Legend is a fitting end to Valentino Rossi’s 26-year grand prix career that includes 115 race wins, 235 podiums and 65 pole starts across 125cc, 250cc, 500cc and MotoGP classes. 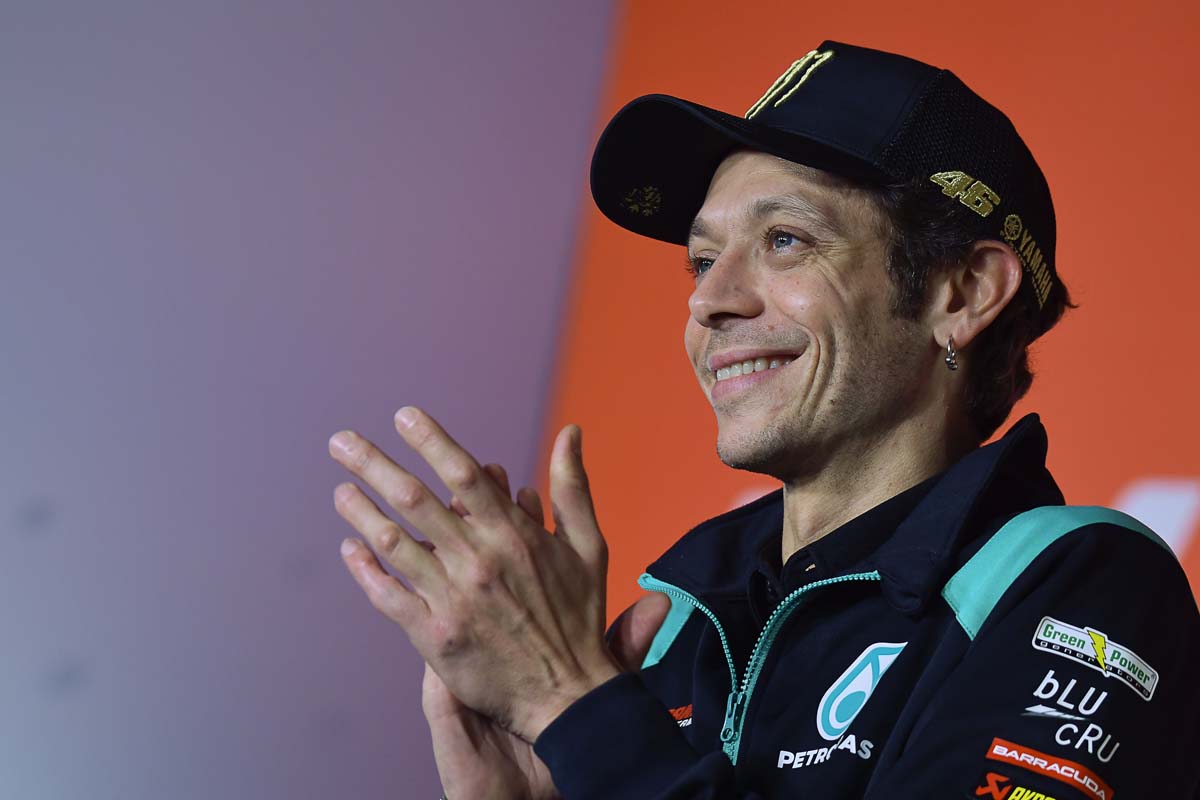 As well as the nine World Championships, Rossi holds several records in grand prix racing, but beyond the pure numbers, the 42-year-old is credited with broadening the appeal of motorcycle racing worldwide through his personality and post-race antics. 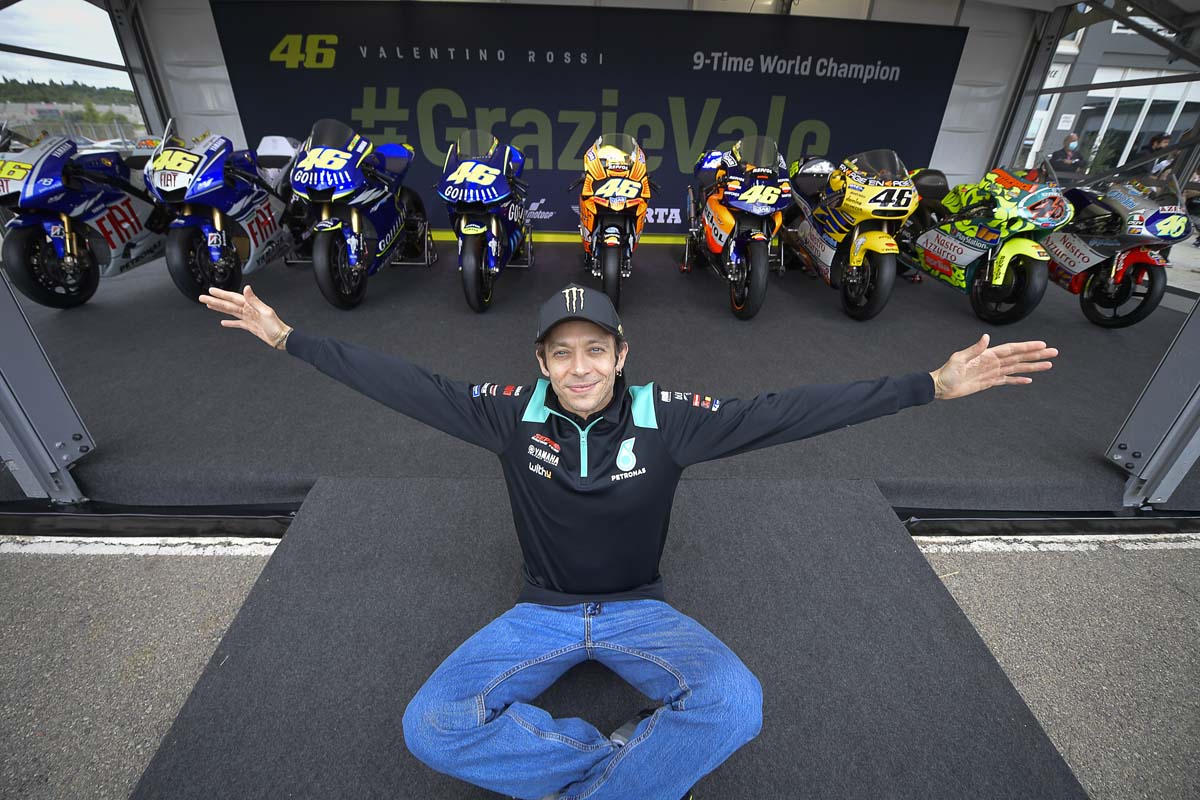 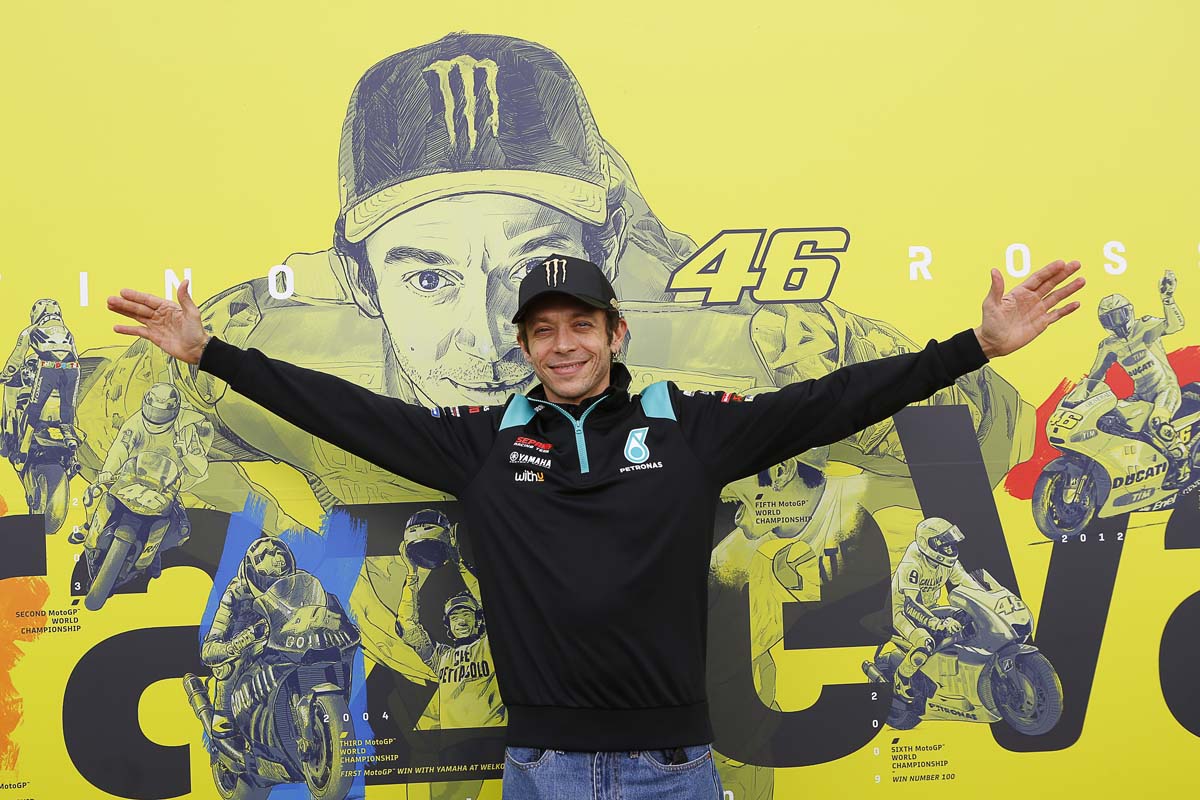