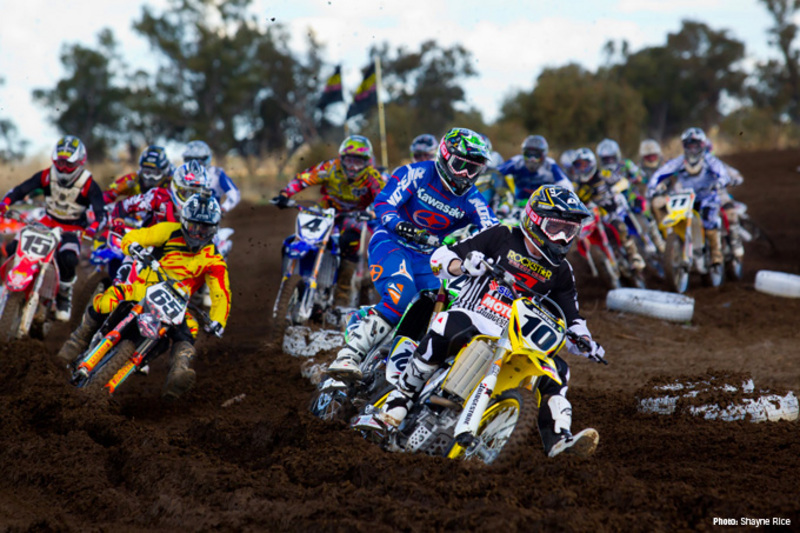 The penultimate round of the 2010 Rockstar Energy Drink MX Nationals was always going to be an interesting one, not least for the fact that Moree's circuit is one that few riders have competed on. Both the Pro Open and Under 19s championships were very much alive heading into this round, so the stage was set for an intriguing contest.

A four moto 'sprint' format (8 laps each for Pro Open, 7 for Pro Lites, 6 for Under 19s) meant speed and staying on two wheels was paramount. It also made qualifying important, as there were few opportunities to correct a poor starting position. In Under 19s qualifying, Josh Cachia (MXRAD Coastal KTM) was quickest, while Nicholas Sutherland (Galvin Construction Yamaha) edged out Dylan Peterson (Team 7 Axis M/Sports Honda), for second.

JDR Motorex KTM's Pro Lites star, P.J. Larsen injured his ankle prior to this round, so had an uncharacteristically "off" qualifying, only managing third fastest behind Serco Yamaha's Ford Dale and Kirk Gibbs. Ryan Marmont (JDR Motorex KTM) qualified fourth ahead of Husqvarna guest rider, Matti Seistola. The Finn, who competes in the World Endurance Championship for Husqvarna Italy and has also run in MX2, was out to contest the final two MX Nats rounds, at the invite of Husky's Australian importers, The Paul Feeney Group.

In fine, sunny conditions, Willis opened the account for Suzuki in the first Under 19 six lapper, narrowly defeating Beaton, with the finishing order reversed in the second moto. Cachia bounced back to win the third and fourth motos, but a crash in the second moto meant the round win went to Beaton, who put his Yamaha on the podium for all four races. Beaton's team mate, Harley Quinlan, was also a model of consistency, finishing the round in second place ahead of Cachia. Going into the final round, Beaton sits a mere 11 points behind Cachia in the Under 19 championship.

The qualifying form of the Serco Yamaha squad all came undone in the races, as Dale, Gibbs and UK guest rider Jason Dougan all suffered poor results and a DNF each. The first moto was red flagged after one lap following a crash involving James Blackwood (Red Baron M/C Yamaha), and the restart saw several more riders go down at various points, including Dale, who DNF'd after cracking an oil line on his Yamaha on lap 5. Michael Addison (Team 7 Axis Honda) won the opening 7 lap race, ahead of Brendan Harrison (MXRAD Shift KTM) and Ryan Marmont. P.J. Larsen bounced back to win moto 2 ahead of Marmont, with Lawson Bopping (Rockstar Motul Suzuki) in third. After a crash in moto 1 and DNF in moto 2, Gibbs turned it around to win the third moto. Larsen crashed on the opening lap, and in the sprint format, could only make his way up to 15th by the finish. On an increasingly rough and rutted track, Gibbs backed up to also win the final Pro Lites moto of the day, but consistency from Marmont meant he scored the round win. Despite a poor (6-1-15-4) performance by his standards, Larsen still has a virtually unassailable 84 point lead going into the final round.

In the Pro Open class, it looked like Cody Cooper was going to pick up where he left off at Wodonga, comfortably winning the opening 8 lap moto ahead of Ferris and Marmont. The Kiwi looked set to repeat his success in the second moto, but Ferris stormed through to snatch victory by less than a second. Tye Simmonds (JDR Motorex KTM), one of the few Pro Open riders to have competed at the Moree track before, started well, but a DNF result in the second moto knocked him out of the points, severely denting his championship aspirations at the same time. After claiming the final podium slot in the opening two motos, Jay Marmont looked set to pounce and he did exactly that in the final two motos of the day. With the track getting rougher and the ruts deeper, Marmont showed his class in tough conditions to comfortably win the third moto ahead of Cooper and backed it up with another victory in the fourth to score his first round win of the 2010 season.

Marmont's cause was helped somewhat by the fact his main championship rival, Mackenzie, wasn't really in the hunt. Weakened by a severe chest infection, the Scot was simply off the pace, despite a good qualifying result, and could only manage a best result of fourth across all four motos. The result dropped Mackenzie to third in the championship behind Ferris, while also opening up Marmont's championship lead to 40 points going into the double-header finale at Coolum. With 150 points up for grabs and only 56 points separating the top six Pro Open riders, anything could happen at the final round! 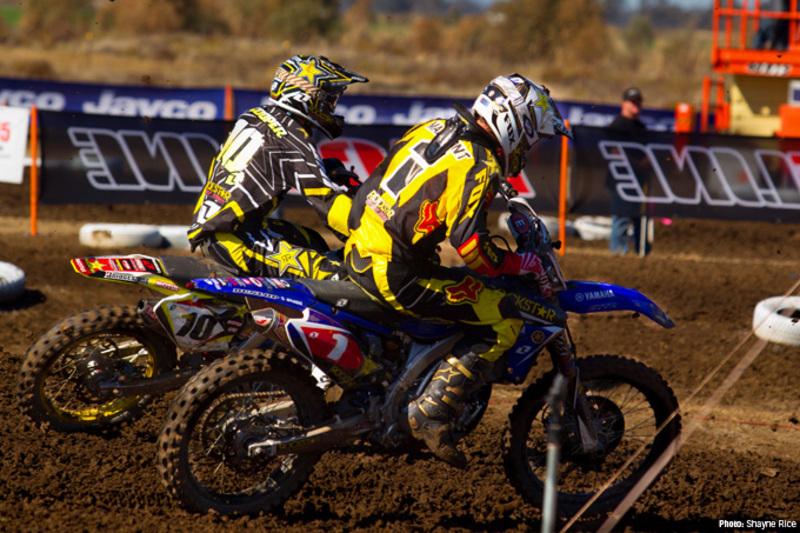 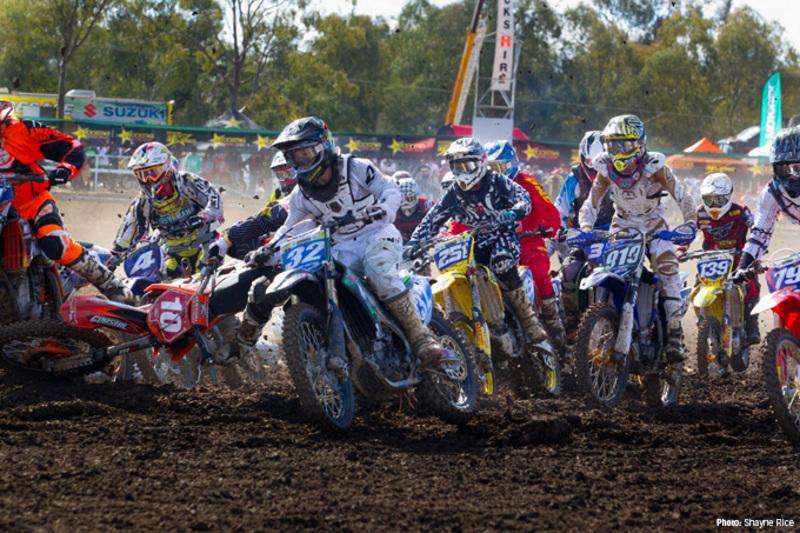 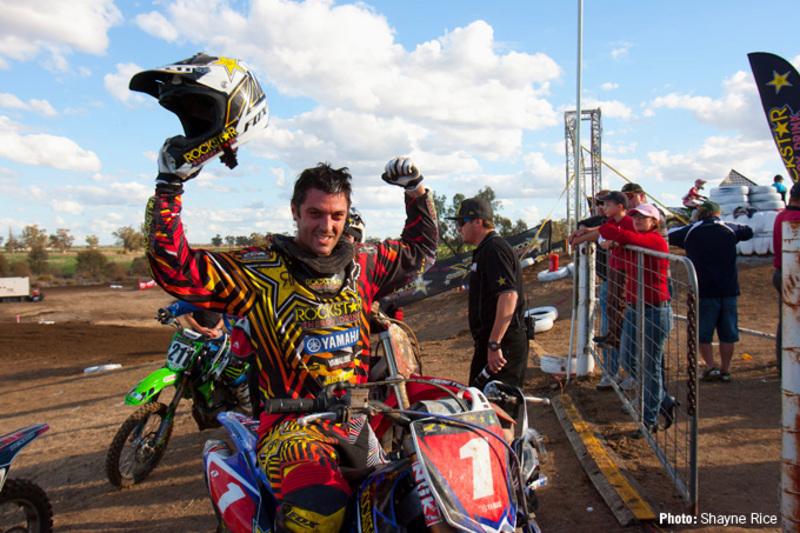 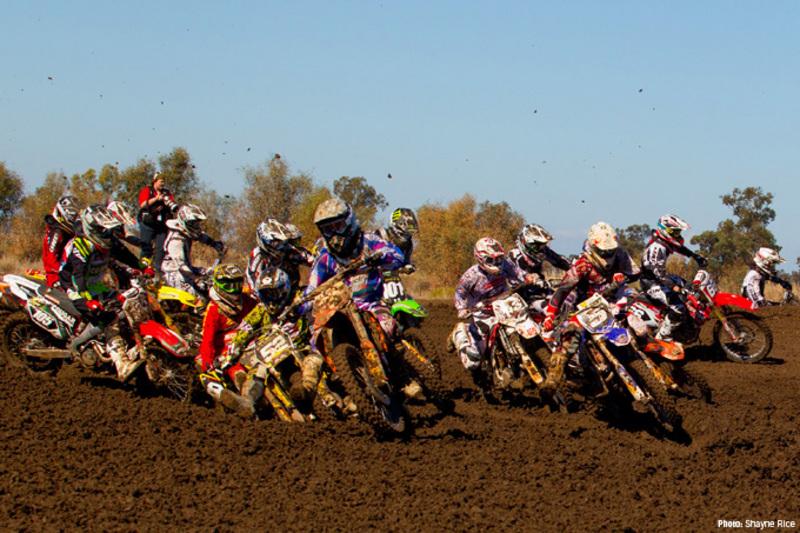 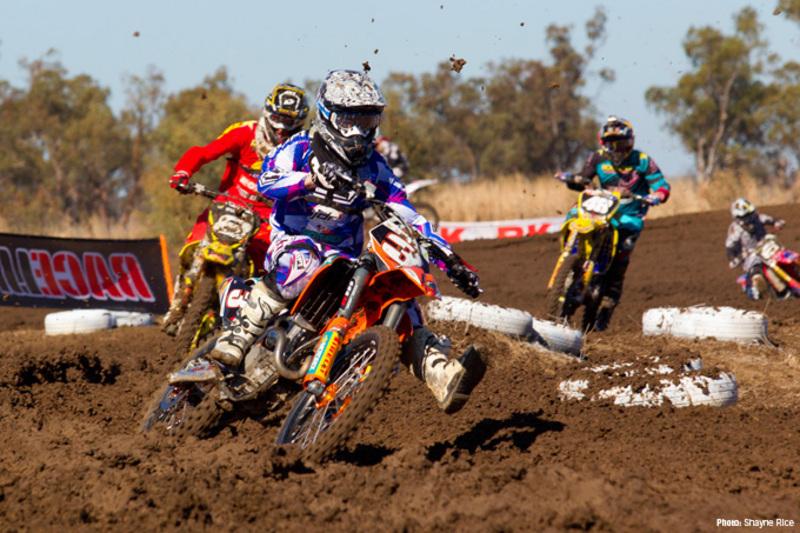