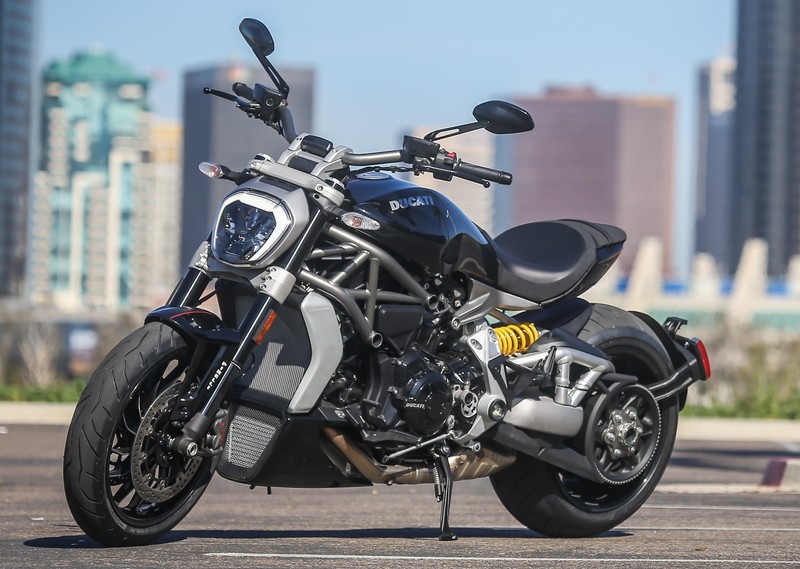 Cruisers are cruisers and sportsbikes are sportsbikes and never the twain shall meet, right? The accepted notion when it comes to motorcycle genres is one that Ducati are aiming to rip apart with their XDiavel - a model with a foot firmly planted in both camps and just as capable in either of them.

Where the original Diavel was unusual, the XDiavel is a different beast altogether.

A Class of One

The XDiavel is a bike defies description and resists categorisation. Sure, its basic configuration will see it labelled as a "cruiser", but in the right hands, the XDiavel will put a lot of sportsbikes to shame on windy roads, while still capable for mile after mile of relaxed highway cruising.

With an engine from a tourer, performance from a sportsbike, comfort from a cruiser and styling from god-knows-where, the XDiavel is unique: V-Rod aside, I can't think of another direct competitor to this model in the Australian market.

Even Ducati acknowledge the 'split personality' of the XDiavel in their ad campaign, labelling their recent arrival as "The Gentleman and The Bastard".

The danger in trying to make a bike which appeals to two different markets (gentlemen and bastards?) is that you end up appealing to neither of them. Time will tell if this is the case with the XDiavel, but after my time in the saddle of both the base XDiavel and its S sibling, I can certainly see it appealing to both cruiserphiles and sportsnuts.

While I did ride both versions, most of my time was spent on the standard XDiavel. The XDiavel S offers more than the standard version, but costs more, too.

So, what does the S get you that the normal XDiavel doesn't? For starters, there's a lot more bling, with the glossy black finish of the tank and engine offset by the machined detailing on the aluminium cam belt covers and some other brightwork. The wheels, with a different spoke design to the normal XDiavel, get the machined-edge treatment, too. There's also a painted tank stripe.

While it looks good and works well, it's hard to see the $5,000 worth of extras on the S, especially given there are no power or tech upgrades over the base model.

My opinion hardly matters, though, as the S has accounted for the bulk of worldwide sales so far. I'd guess that the market that can afford this sort of bike in the first place probably has no problem stumping up the premium for the S version.

On first viewing, the overall impression of the XDiavel is one of 'bulk' and 'size'; both of which are belied when you actually get on the thing and ride it, but more on that later.

Seen in profile, the appearance is dominated by the Testastretta v-twin, with all other styling elements seeming to sprout from this engine like branches from a tree. Not a spindly pine, though, more like a river redgum; everything looks tough and solid. So tough, in fact, that if they can drag Arnie out for another Terminator film, this would be the perfect ride for him.

The stout tail section is very distinctive, as is the oversized air intake and angular headlight. In fact, you spend so much time ogling all these features, you overlook the single-sided swingarm; a feature that would stand out much more on any other bike.

In terms of paint, the XDiavel can only be had in black - matte for the base model and gloss for the S - for now, but I'd expect more colour choices to be added when this model gains traction.

Overall, the finish is outstanding, too. Some Ducatis may have been lacking a little in this area in the past, but the XDiavel is up there with the best from Japan and BMW in terms of quality.

In the saddle, the XDiavel's cruiser aspirations become more apparent, with its low (755mm) seat height, wide bars and feet-forward riding position. Despite that stubby tail, the riding position is a lot more comfortable than I had anticipated, thanks in part to the narrow cross section. The bar and peg positions can be adjusted to suit if the initial riding position isn't to your liking.

If you're ridden the Diavel, the difference in the foot control placement on the XDiavel is the most obvious change. I regularly went to put my feet on the pegs from take-off and connected with nothing but air. It takes a little while to get used to and appreciate, but appreciate it I did.

What I also appreciated was the seat. Its sculpted nature means you get a backrest as well as a saddle, delivering stability through the twisties and comfort on the straights.

There is a pillion pad, but gee, your passenger would want to have a tiny bum or a high pain threshold. There is a larger pillion seat in the accessory catalogue, but I'd imagine the majority of XDiavel buyers will be using this as a solo ride.

Bars were a bit of a stretch for me, but became a little more user-friendly following some adjustment.

All the switchgear is easy and intuitive, too, once you get your head around the array of options and rider-assistance tech that Ducati offer.

The three engine modes - Urban, Sport and Touring - were easy to select and fun to play with as I explored the way each changed the power delivery under acceleration, as well as under braking. Depending on your riding requirements, you can have soft and smooth acceleration or something closer to race-like snap-on response.

Similarly, the cornering ABS feels like it was made for this bike. Combined with the aforementioned narrow cross section, lean angles that are impossible on other cruisers are easy on the XDiavel, with room to spare before you start scraping pegs, boots or exhausts.

Another nice feature is the keyless starting. You still need a fob (with an actual key for the fuel tank), but starting can be done with the fob on your person instead of in the ignition.

The Testastretta DVT (Desmodromic Variable Timing) L-twin is the same base unit as used in the Multistrada dual sport tourer, but stroked to 1262cc and tuned to deliver a broader torque spread.

Both the XDiavel and the XDiavel S run the same power plant producing 114.7kW and 128.9Nm.

Like the Yamaha MT-10 naked I tested recently, there's torque by the shedload from this engine (up to 5,000rpm!) and power that makes licence-losing speeds a cinch.

When the XDiavel Rides

Ride the XDiavel hard and you appreciate just what this bike is capable of, while the traction control and ABS have got your back if your enthusiasm overtakes your ability.

Braking is smooth and progressive, while hitting the stoppers doesn't impact on stability, either.

But for me, it was the XDiavel's sharp and direct cornering performance that made me forget I was on a "cruiser" with a big 240 section rear tyre: the steering geometry, handling and manoeuvrability combine to hold the road beautifully and are more akin to a naked or even a sportsbike in some instances.

Riding through busier urban streets, the XDiavel became a little less easy to live with, but its light weight made stop-start riding and slow speed manoeuvring in traffic easier than I'd anticipated.

The term "power cruiser" has been bandied about when describing the XDiavel and while it's fairly accurate, it's not definitive. For me, the bike delivered more than the sum of its parts, was more versatile and certainly more enjoyable than I'd imagined it would be.

I'm sure Ducati know they have a mountain to climb in trying to crack the musclebound cruiser market, which is pretty much owned by Harley's V-Rod and the CVO Breakout. To help change perceptions, especially amongst the Harley crowd, Ducati made their first visit to Sturgis this year (see breakout) with stock and custom XDiavels.

Here in Australia, it seems there aren't the same entrenched attitudes about what a cruiser - or indeed a power cruiser - is or should be.

Speaking to the team at Fraser Motorcycles in Sydney, they say the XDiavel has been generating a lot of interest, and not just from the 'Ducatisti', either. As the Scrambler has drawn new fans to the bikes from Borgo Panigale, the XDiavel is doing the same.

Perhaps the best way to sum it up is that while the XDiavel is a new Ducati, it's also a "true" Ducati. By that I mean its tech, style and performance features are presented in an all-new form, but one that doesn't blemish the brand's heritage.

If you're looking for something truly new for your riding, this machine is truly worth a look.

More information can be found HERE. 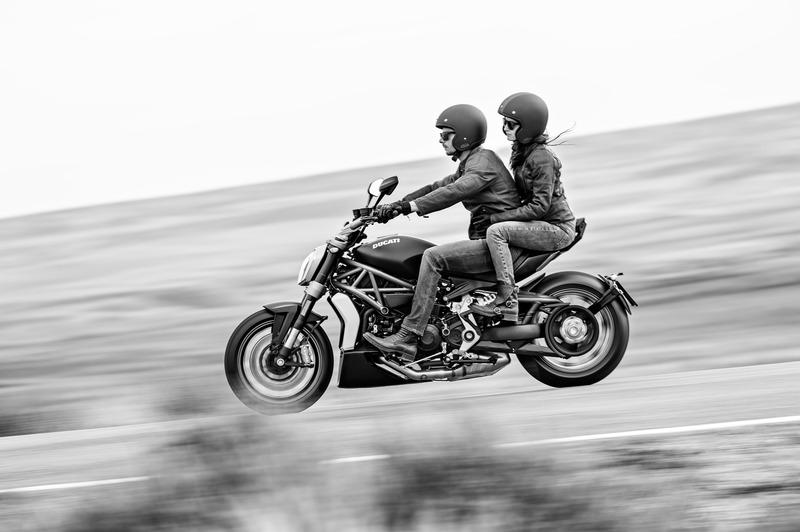 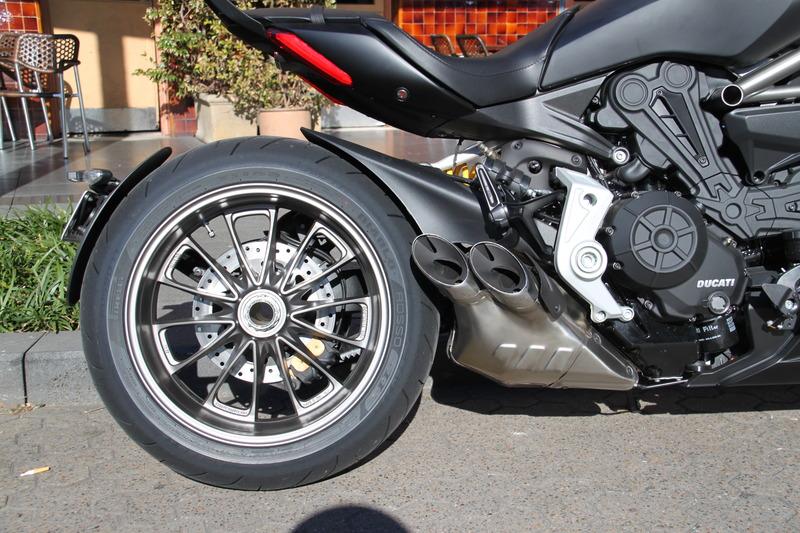 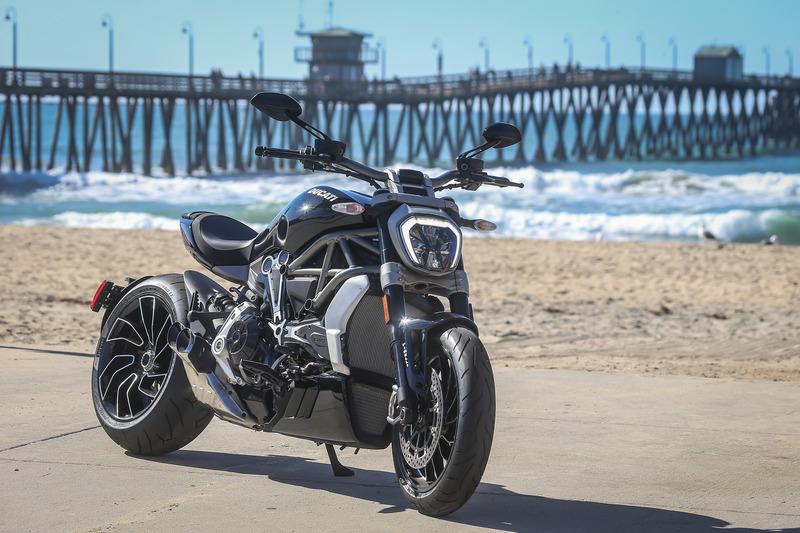 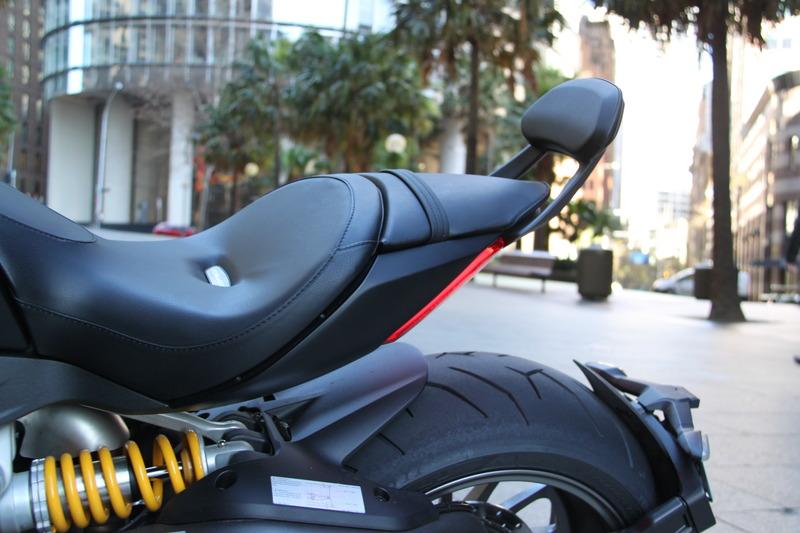 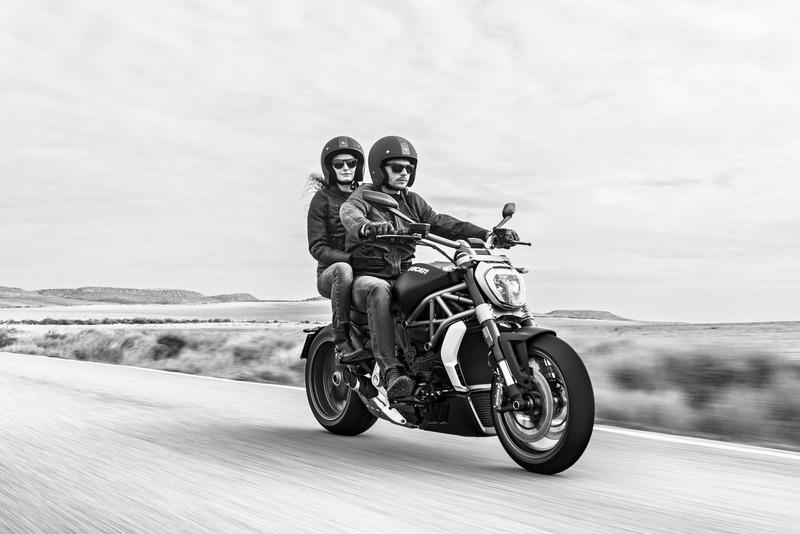 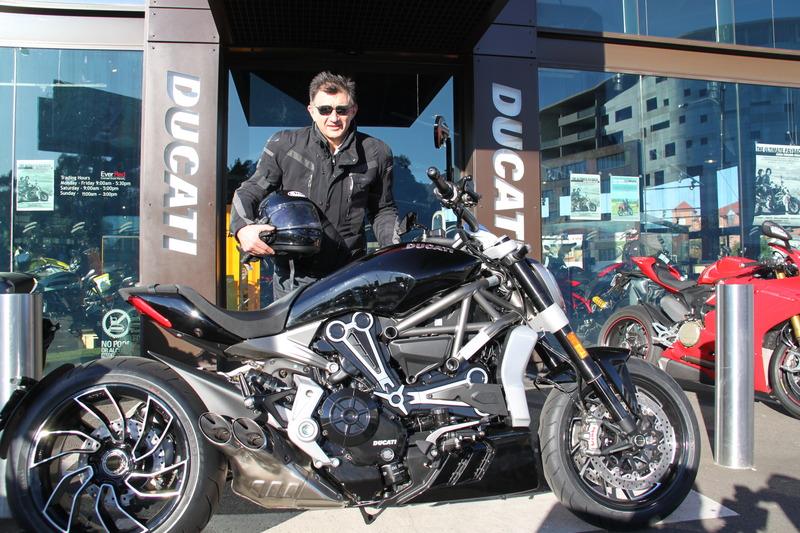