It threatened to be over soon after it started, but participants in the first ever Australian Yamaha Ténéré 700 rally pushed on, pushed through and had a whole lot of fun.

If you’ve bought a new Yamaha Ténéré 700, it’s a pretty safe bet that you’re ready for adventure and up for a challenge. That proved to be the case with a special group who signed up for the first Destination Yamaha Ténéré 700 Rally to be held in Australia. 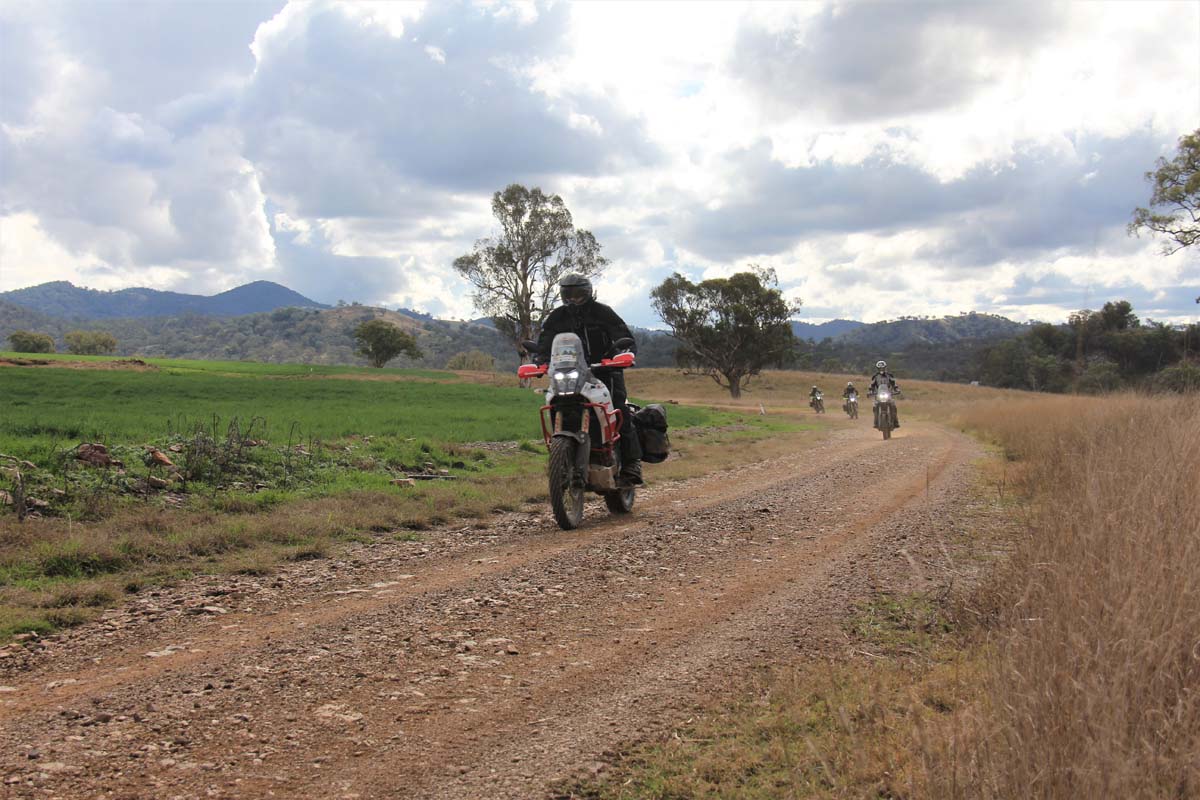 Since Yamaha unveiled their all-new Ténéré 700, the motorcycling world has been abuzz. Here was a bike that honoured the badge – and Dakar heritage - of those adventure bikes that came before, combining Yamaha’s proven 689cc CP2 parallel twin engine (producing 53kW and 68Nm in this application) with a six-speed transmission and bespoke frame with a slim cross-section that makes up-on-the-pegs manoeuvrability easy. 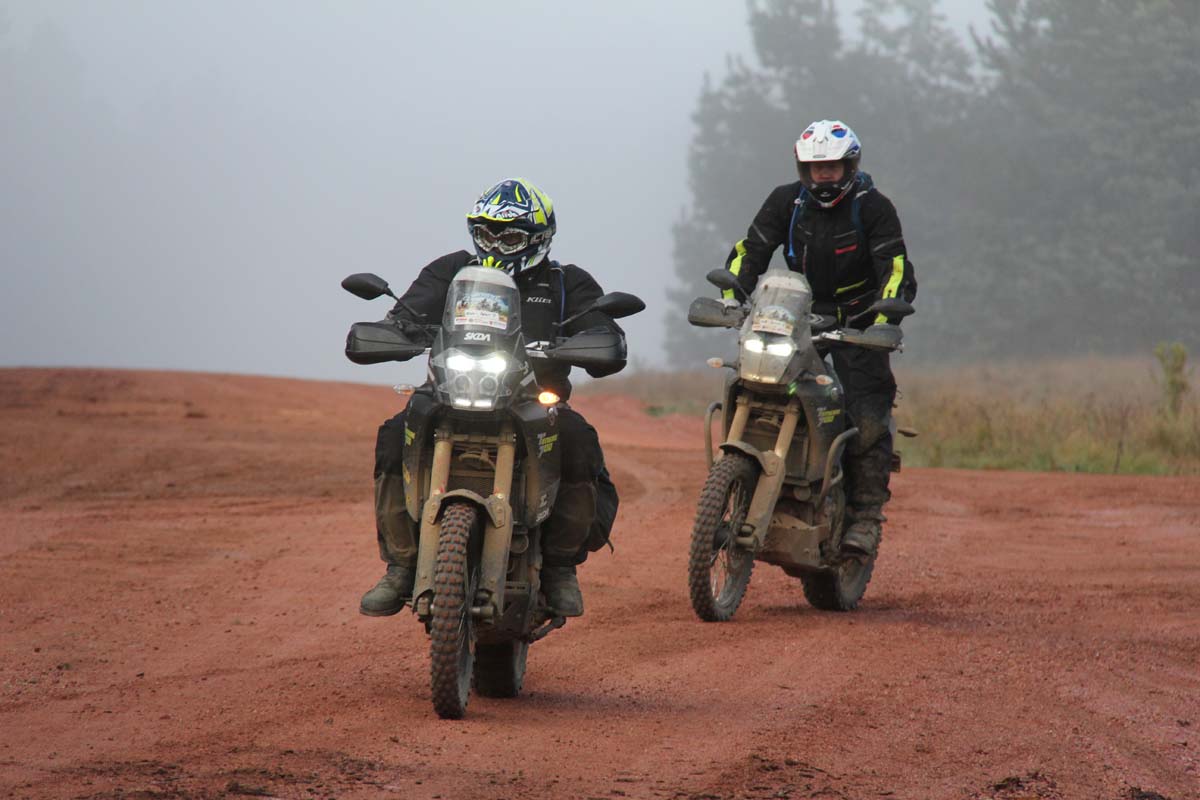 Since the Ténéré 700 reached Australian shores late in 2019, the take-up rate has been impressive, so it was only a matter of time before a Ténéré 700-only event took place.

COVID put paid to a lot of major events in 2020, but this year, an off-road rally dedicated to the all-new adventure bike was finally confirmed – the Destination Yamaha Ténéré 700 Rally. 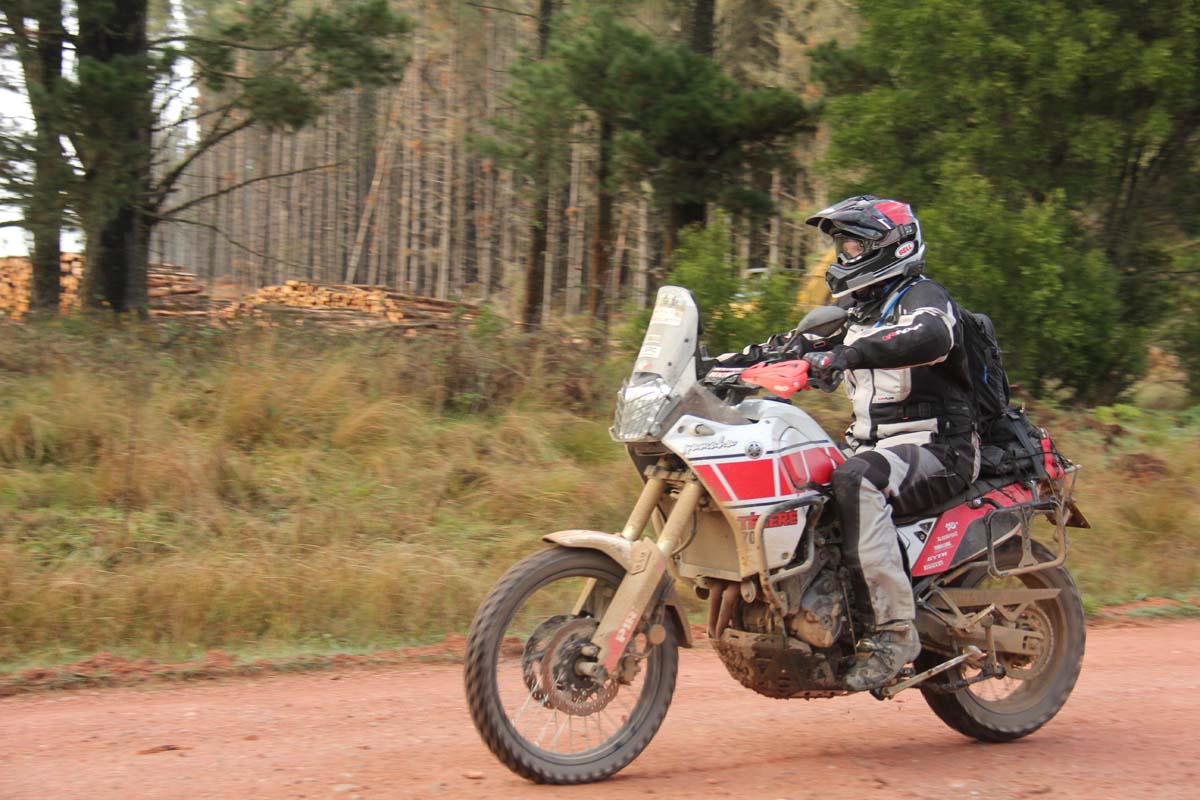 Held from 8 to 11 May in northern NSW, the four-day adventure was hosted by Yamaha and organised by RideADV, with support from Team Cox.

Befitting the abilities of the Ténéré 700, the rally would be no easy cruise, with plenty of off-track riding and some truly challenging terrain.

The itinerary was as follows:

As you can tell from this itinerary, part of it takes in NSW’s New England High Country region, which I’ve ridden myself many times before and can attest to it having some of the great riding roads – tarmac and dirt – in the state, so the RideADV crew and Yamaha made a good choice in having much of the route pass through this amazing part of Australia. 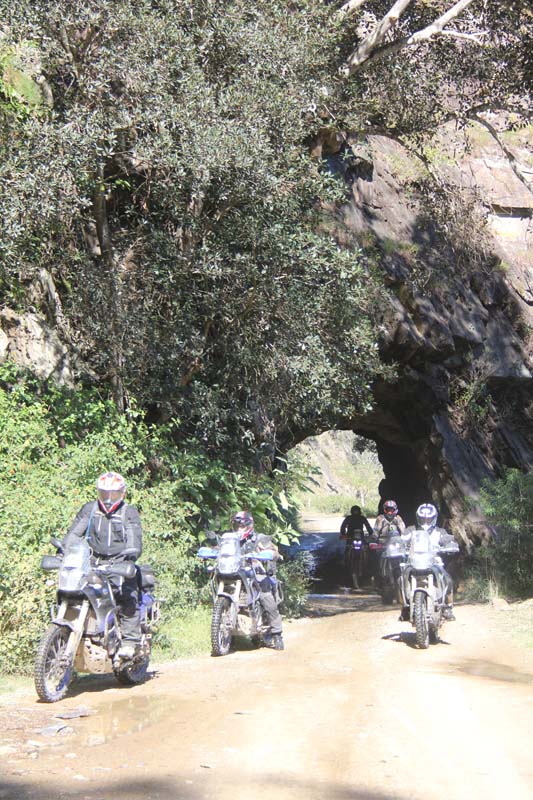 With a route set and the word out, it didn’t take long before a hardy group of 32 riders signed up for the Destination Yamaha Ténéré 700 Rally, gathering at Wauchope for the first running of what’s hoped to be an annual event. 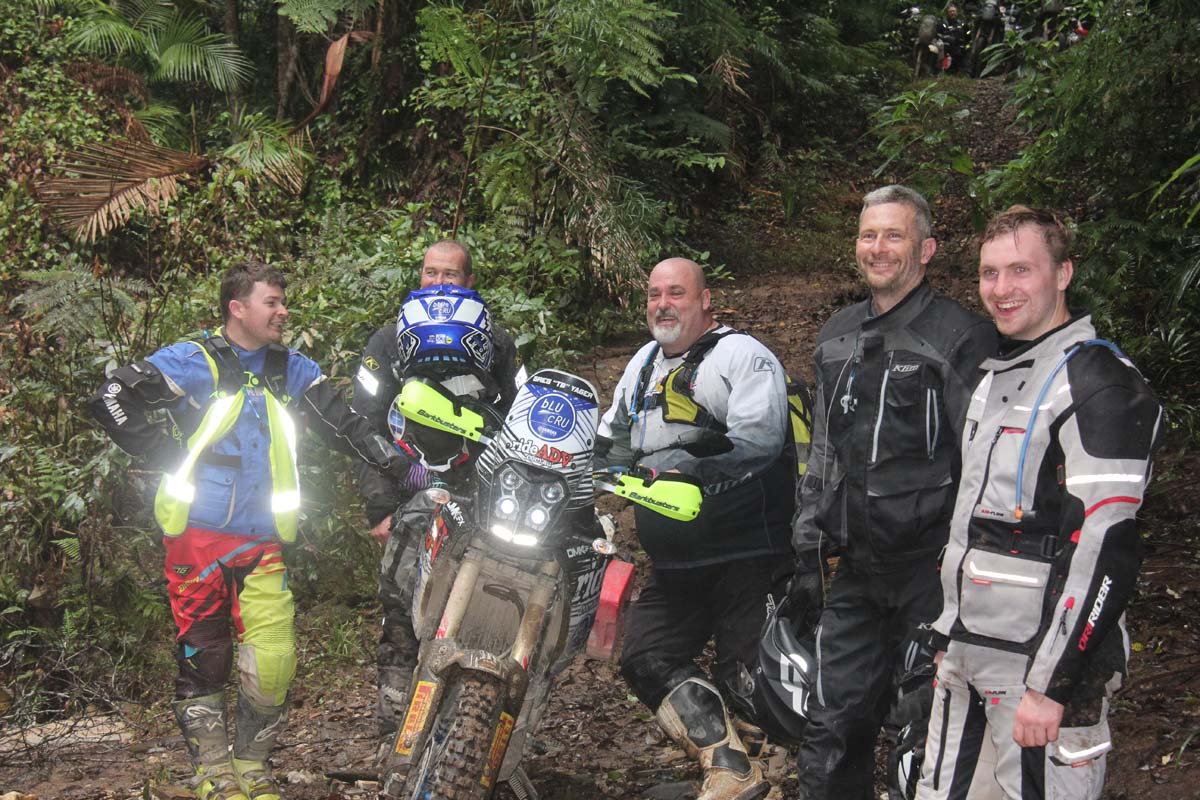 Joining them were Yamaha legend Stephen Gall and 1988 Finke Desert Race winner Alan Roe, both of whom used their decades of off-road riding experience to offer advice to the rallygoers.

That advice would be employed to the full on the first day when a massive downpour threatened to wash away the rally. Closed tracks on the planned route resulted in a detour via a greasy, muddy stretch near Bellingen that was soon dubbed the ‘Valley of Doom’.
“It was a real adventure,” explained RideADV’s Greg Yager. “The fog was so thick that vision was down to less than 40 metres. 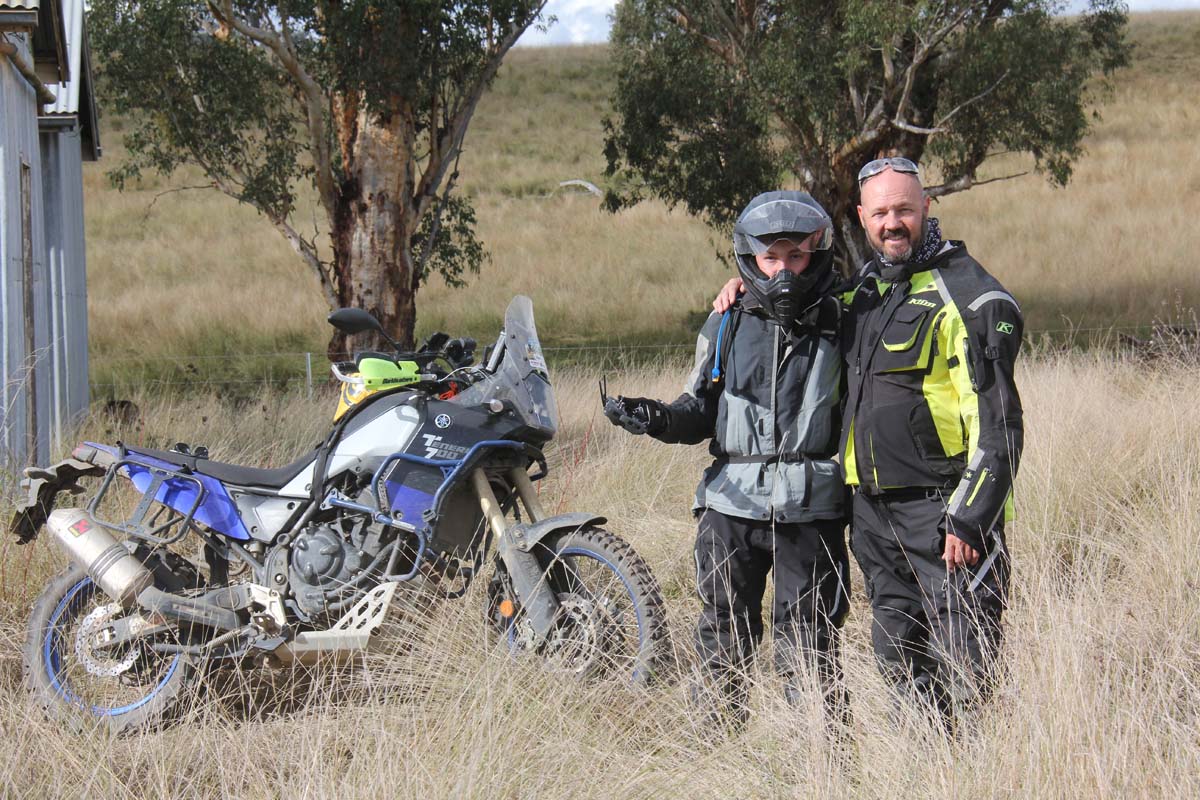 “We all pitched in to cut up fallen trees and push the support vehicle through a creek and up a bank. We arrived back in Coffs Harbour well after dark… in a thunderstorm!
“It was pretty epic … and the riders loved it. I had many saying that it was the best day ever and asking how the ride could possibly get better on day two… “

After a well-earned rest at the Aanuka Bay Resort in Coffs Harbour, Day Two was an easier run along Old Grafton Road. Over 335kms of adventure riding utopia – without the mud and the rain – riders passed through Nana Glen, Nymboida and Dalmorton before making camp at the Glen Innes showgrounds. 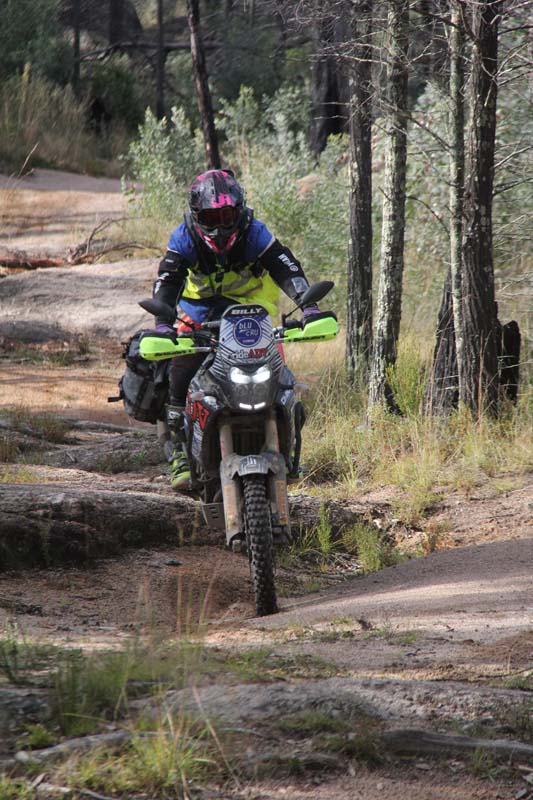 Average speeds increased as the spectacular scenery around Inverell came and went on the 460km Day Three. For the experienced and the brave, a special test section was held here, too, before the rally rolled into Australia’s country music capital, Tamworth, for the evening’s rest.

At the conclusion of Day Four, which looped back to Wauchope via Nundle, it was testimony to the durability of the Ténéré 700 that there were no mechanical breakdowns. 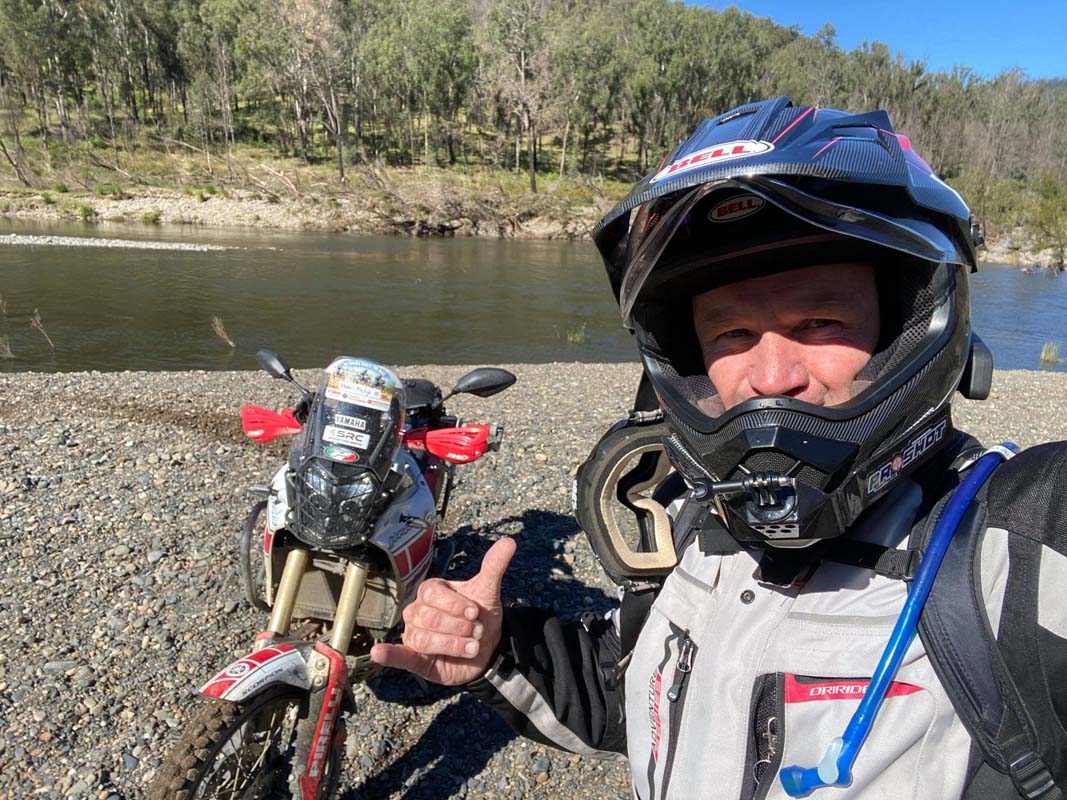 There were no major injuries to the riders, either, which is always a good thing, but it wouldn’t be a proper adventure rally without a few cuts, scrapes and bruises – enough to have a yarn about over a few beers with fellow adventure riders.

“The camaraderie on this ride was top shelf, everyone helped each other out when the going got tough. The group really stepped up to the challenging conditions and embraced what turned out to be one of the most memorable adventures we’ve run,” said Yager after the event.

That sentiment was echoed by rally entrants like Phillip Truebody: “I feel like I've re-fuelled the soul with premium! This isn't my first rodeo and based on my experience over the four-day event, I'll be back as often as my body lets me.

“Greg and his team know what it takes to etch a grin on your face. Totally professional and organised, even when mother nature had other ideas. Always felt like we were in good hands as the culture he and his team enjoy seemed to flow into the group of riders.

“The catalyst to a great adventure rally is the mates you meet and quality of bullshit and banter that gets hurled around. This was plentiful.”

Even though he was working at the rally, RideADV sweep rider Lincoln Brien had plenty of fun, too: “I had an awesome four days with RideADV and the crew supporting the Ténéré 700 Rally. Was an easy one to be a mechanical sweep for. Not one mechanical issue on the trail all ride. These 700 twins are next level in what they can do.”

Given the success of this first Destination Yamaha Ténéré 700 Rally, a second is virtually guaranteed. Watch this space for more details on the next rally or follow Yamaha Motor Australia’s social media channels for the latest.