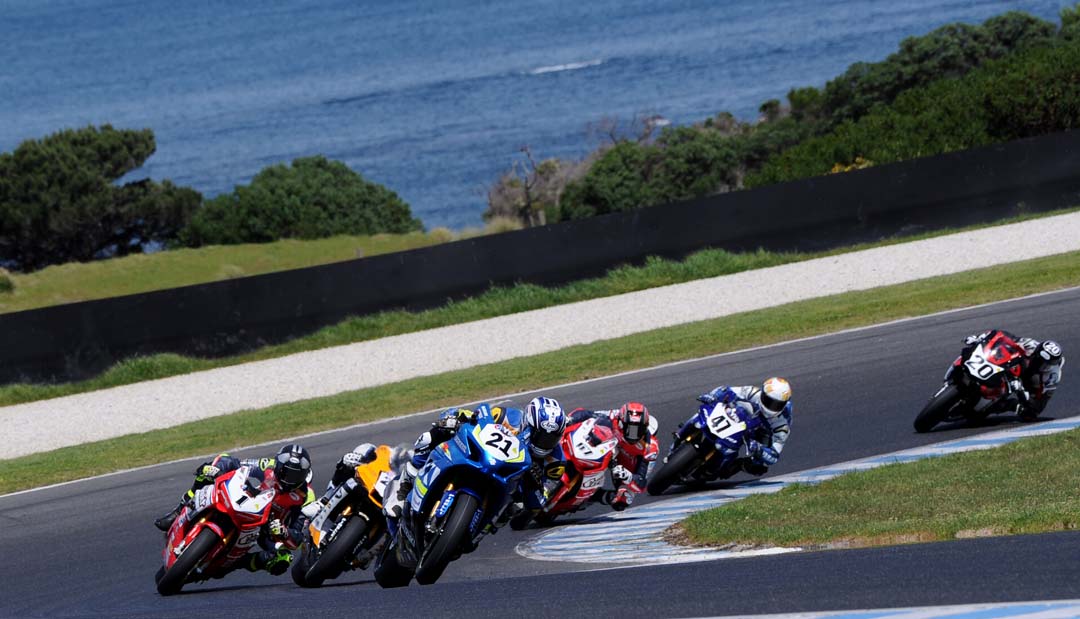 Just like last year, the 2017 Yamaha Motor Finance Australian Superbike Championship presented by Motul Pirelli (ASBK) went down to the seventh and final round to decide the champion. The only difference this year was that one out of the three title contenders was Josh Waters (Suzuki), who was fighting against longtime competitors, Troy Herfoss (Honda) and Wayne Maxwell (Yamaha).

Threeway Fight
Herfoss and his Crankt Protein Team Honda Racing squad entered the grand finale at Phillip Island on 6-8 October with a six-point championship lead over Team Suzuki Ecstar’s Waters, while Yamaha Racing Team’s Maxwell was nine points behind Waters after he crashed his YZF-R1M in race two at the Sydney Motorsport Park round (8-10 September).
For those who didn’t make it down to the 4.445km seaside circuit to witness what was an epic finish to another cracking ASBK championship, allow me to paint the picture…

Fast Max
The weekend got off on the right note for Maxwell, who managed to post the fastest overall combined times in Friday practice with a 1min33.296 in the third session; .074 seconds faster than Waters. Reigning champion Herfoss was sixth with a best of 1min34.326, but this was no reflection on where he actually was in terms of pace.
Maxwell kept his form going into Saturday’s qualifying session by setting an even faster lap of 1min32.587 in the second session to claim his second pole position for the year. Pole also gave Maxwell an all-important championship point, which saw him narrow the points gap to Herfoss to fourteen.
“We are going to have to come out and try and win both races and put ourselves in a championship winning position,” said Maxwell after qualifying.
Waters qualified third, while Herfoss rounded out the second row of the grid in sixth.

Bolters and Blow Ups
Once the lights went out for race one on Sunday, it was Waters who simply bolted away from the pack, taking a lead he’d not relinquish, eventually beating Maxwell by 3.759 seconds, with Maxwell’s teammate Glenn Allerton in third, 7.534 seconds behind Waters.
Herfoss’s race came to an end on lap nine after his Honda CBR1000RR SP2 developed a misfire, then an oil leak.
While Herfoss was out of the race, he wasn’t entirely out of the championship equation, but he would need both Waters and Maxwell to suffer the same sort of maladies in race two that he did in race one.
As the riders lined up for the final race of 2017, Waters led the championship by thirteen points from Maxwell, with Herfoss in third, nineteen points behind Waters.
The final race of season 2017 ended up being a classic Maxwell vs Herfoss battle, in which Maxwell prevailed by just .126 seconds.
With Maxwell taking pole position and a 2-1 result, it was good enough to win the round, but Waters’ fifth place in race two was enough to see him lock up his third Australian Superbike Championship and Suzuki’s first since 2013. 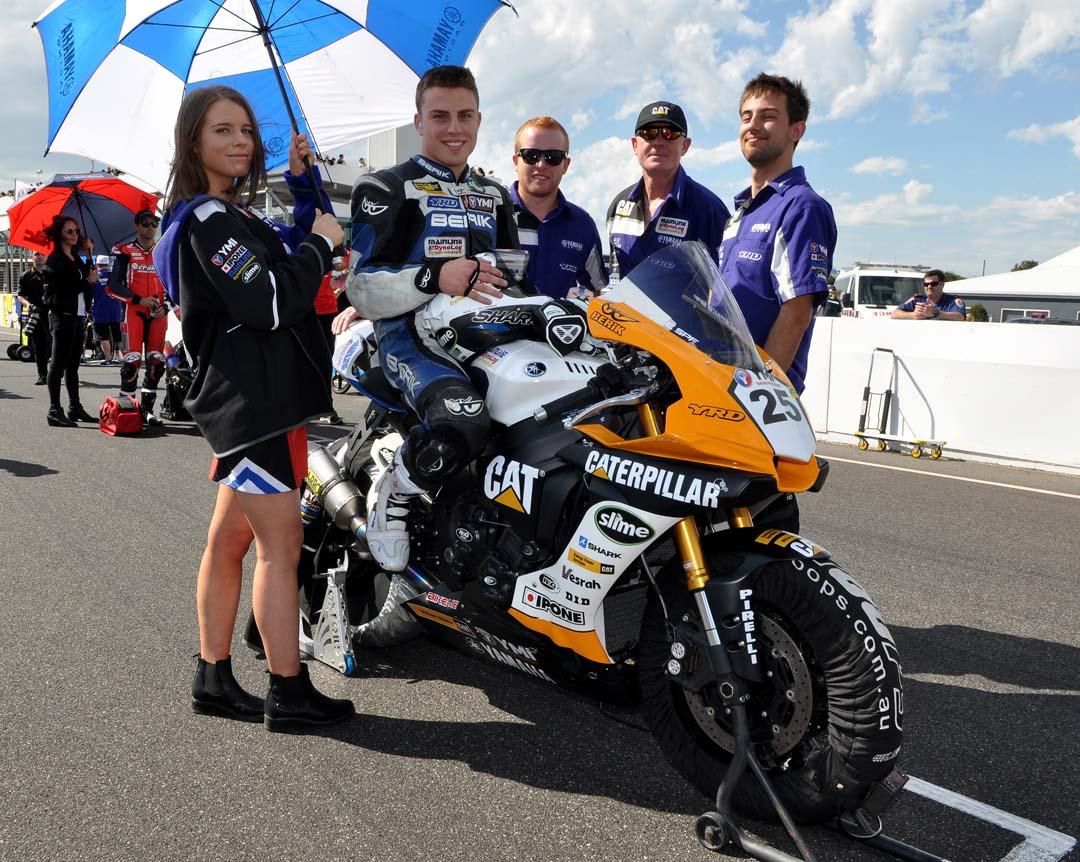 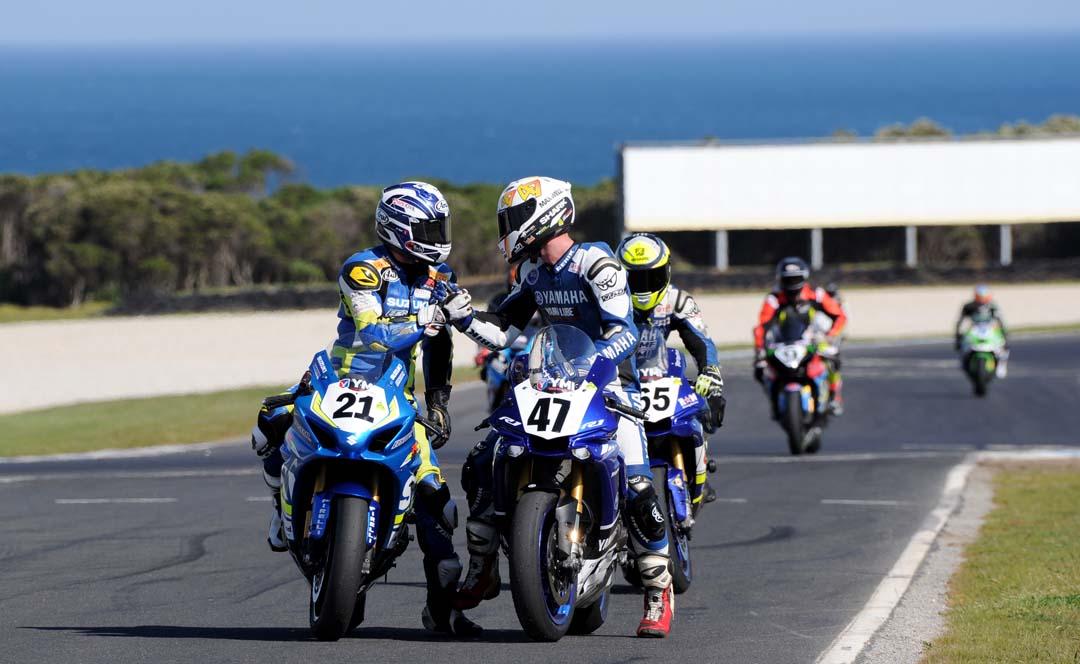 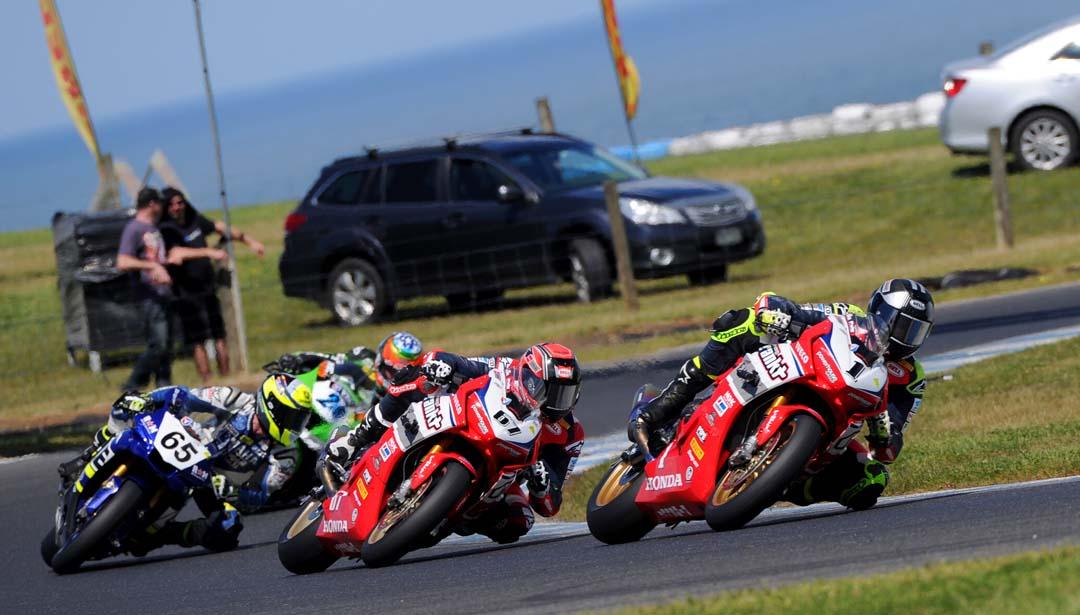 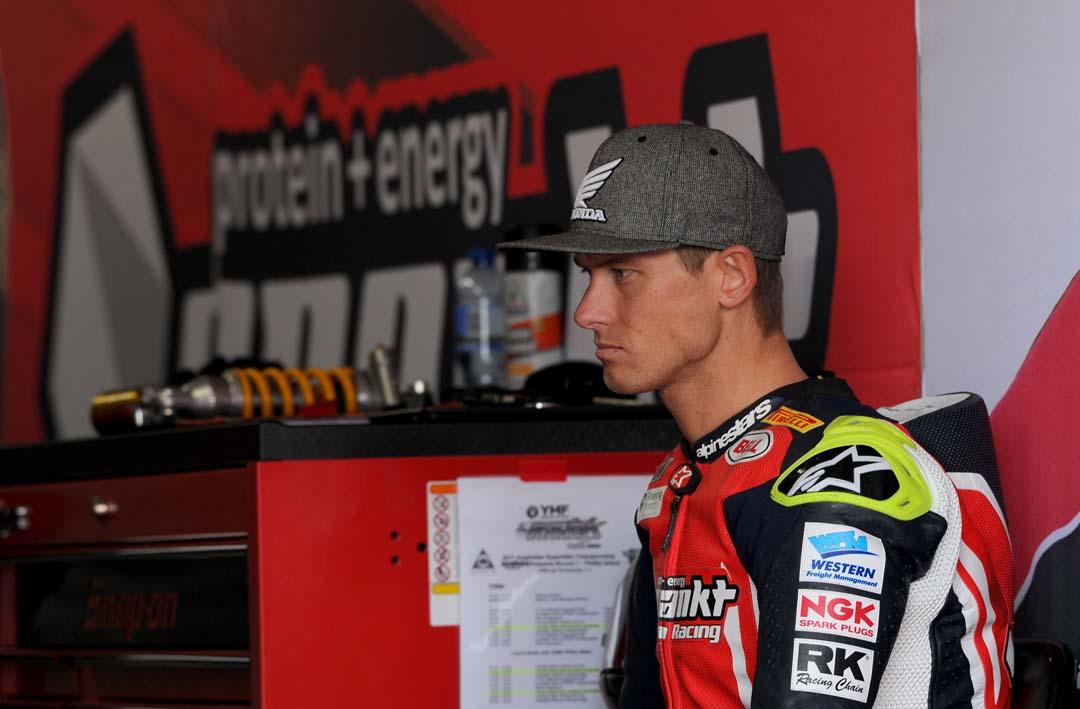 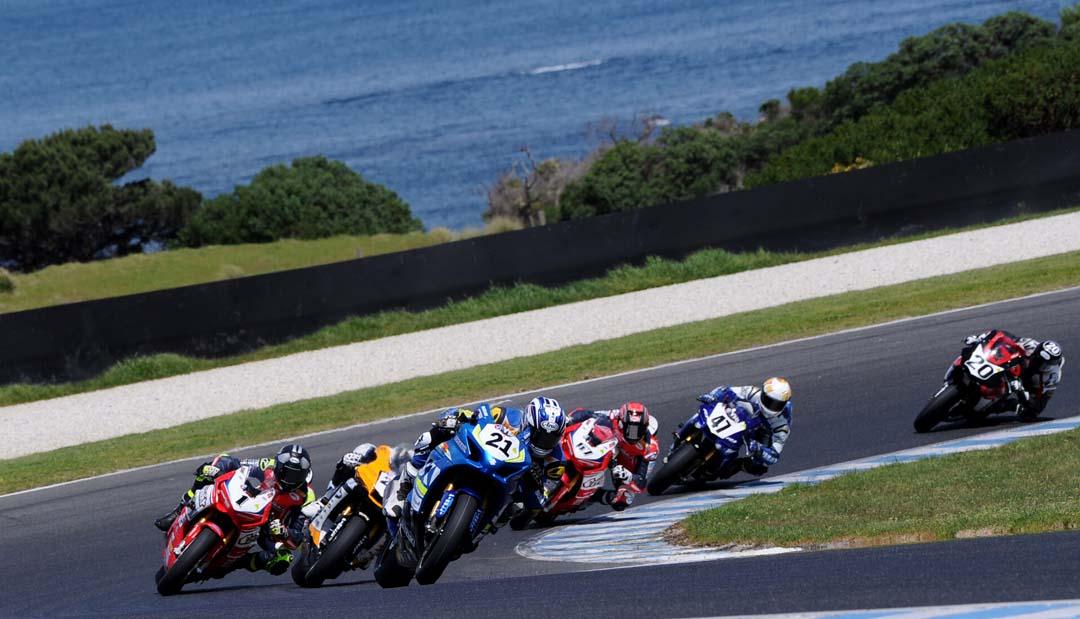 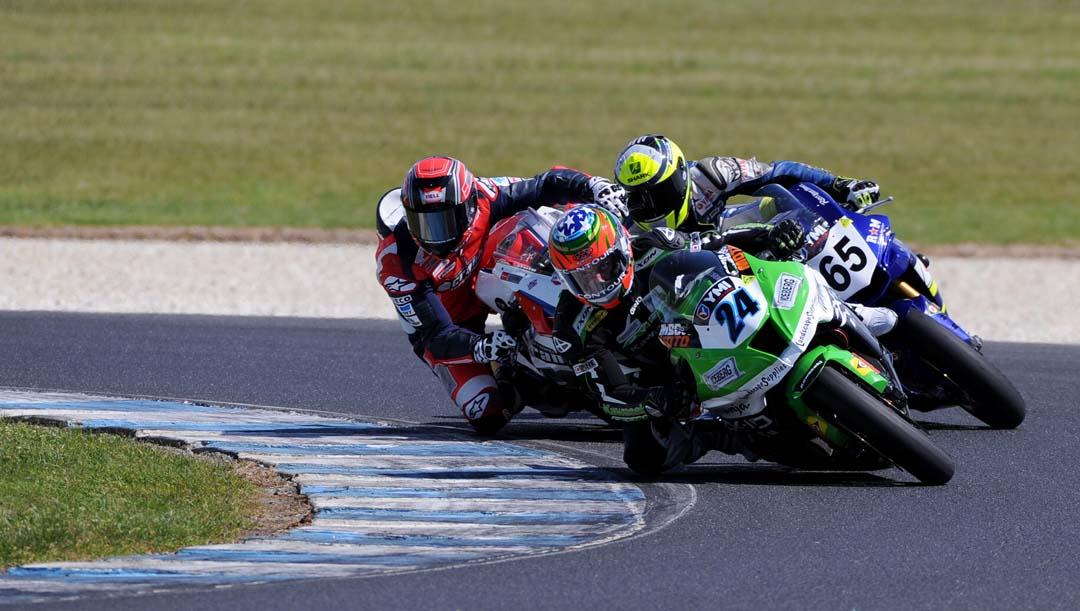 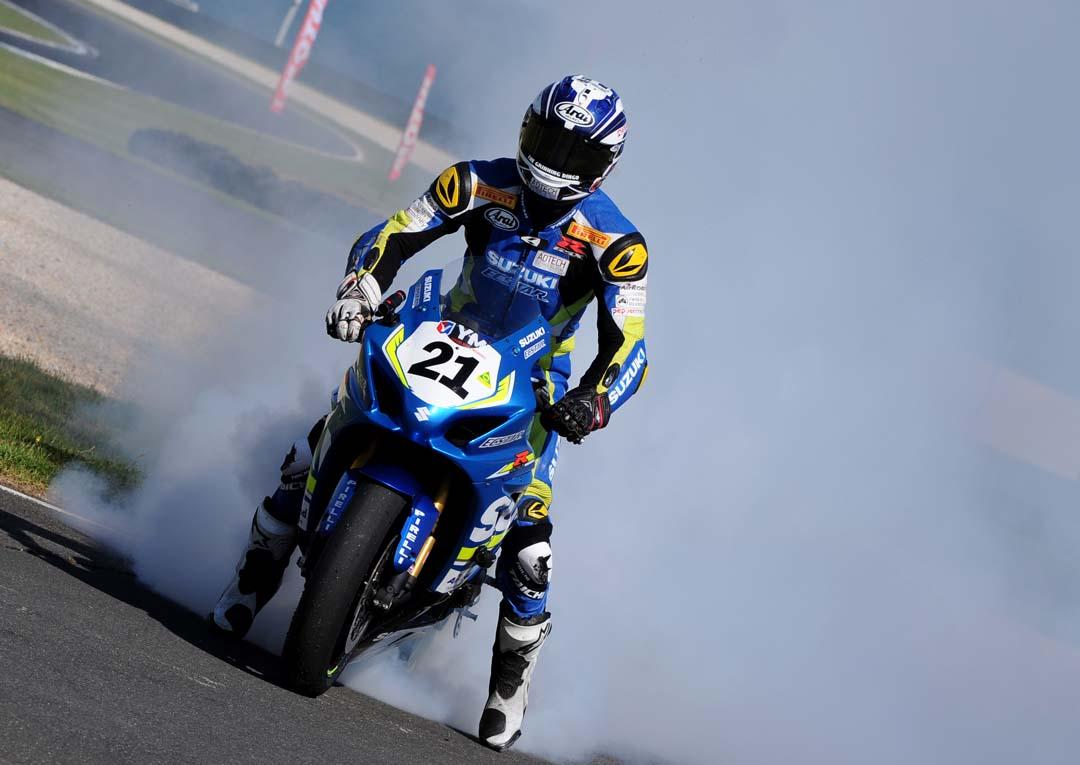 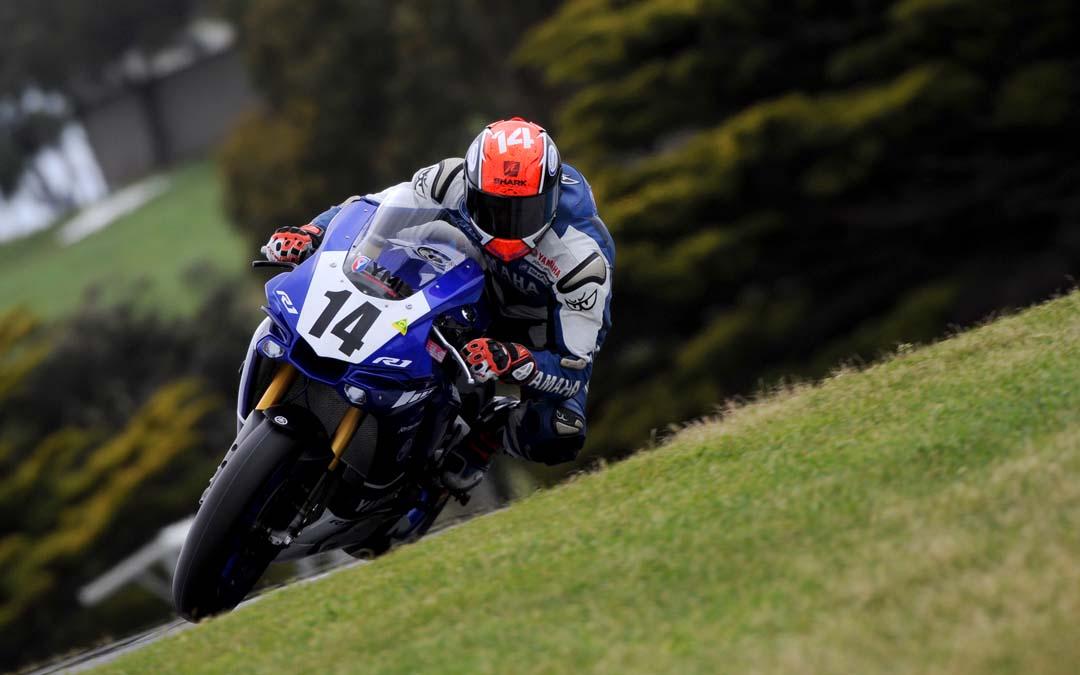 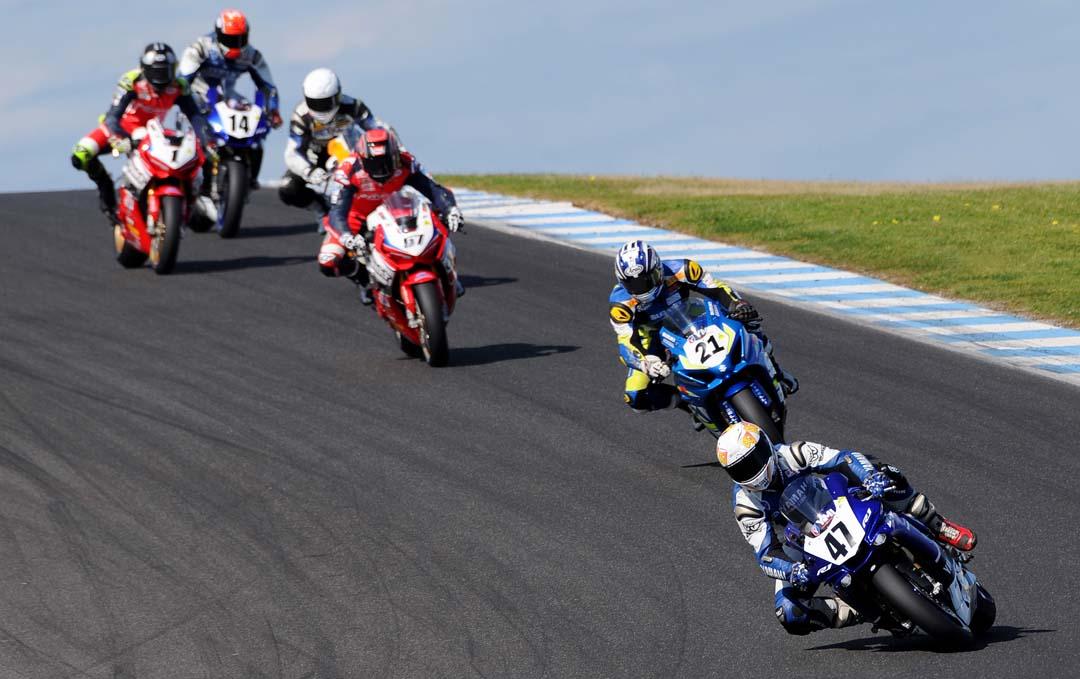 “It’s an unbelievable feeling to win another ASBK title in my first year with Team Suzuki ECSTAR Australia and also with the new GSX-R1000R,” Waters said. “At one stage we were near 60 points down, so to turn that around and even be in the position to challenge for the championship at the last round was an achievement for everyone. It’s just unbelievable!”

The 30-year-old from Mildura, who won the ASBK Championship in 2009 and 2012, explained that his aim was to win race one at Phillip Island, so in race two he’d know what he had to do. But it wasn’t easy and he had a trillion things going through his head.

“It just feels really good to win this title and it played out the way we needed to, so thank you to everybody who has supported us and all of the team’s partners as well.”

Runner-up Maxwell couldn’t hide his despair after losing this year’s title by just four points: “I’m hugely disappointed that we were unable to win the championship, but we have no one else to blame but ourselves. We are a team and we are all in this together, whether I make a mistake or the team do, we were all invested in it and tried to do our best."

Herfoss was equally crestfallen, especially after the race one DNF that effectively ended his championship charge. The Honda rider finished third overall, eleven points behind Maxwell.

“Today is really emotional for the team, as we made a mistake in the first race,” Herfoss explained. “It’s very disappointing that this mistake happened to us at the last round. I think we can say at the end of the day that Josh deserves to win the championship. I’m just thankful for the year the Crankt Protein Team Honda Racing squad and I have had. I’m just really bummed for the way it has ended.”

Rounding out the top five in the 2017 championship were South Australia’s Daniel Falzon on the JD Racing Yamaha R1 and Kawasaki BCperformance’s Robbie Bugden.

If this year’s Australian Superbike Championship is anything to go by, then 2018 should be a bloody belter of a year… Bring on next year’s championship!!