Days after winning his first race for Red Bull KTM Ajo in Moto2, Remy Gardner has signed a new deal with KTM that will see him step up to MotoGP in 2022. 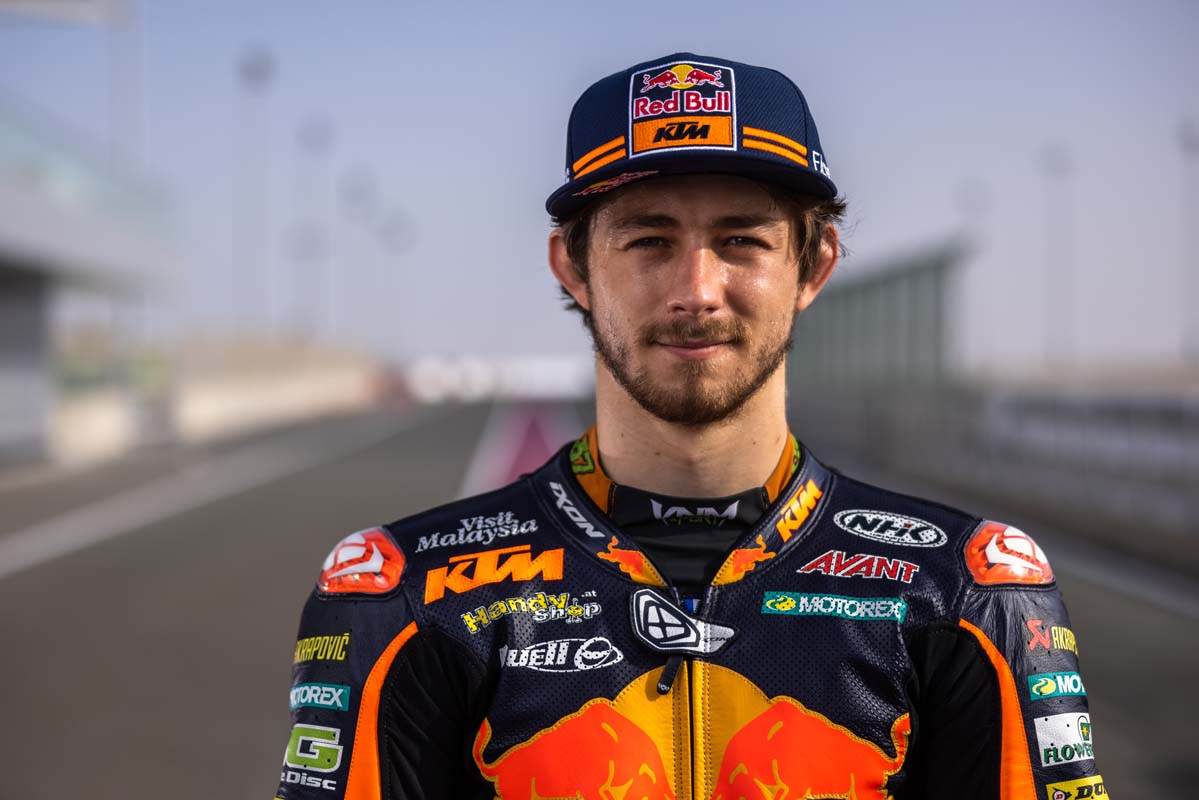 Remy, the eldest son of Wayne Gardner and winner of the Italian Moto2 race on 30 May, signed with Tech3 KTM Factory Racing on 1 June, completing the final step on the KTM GP Academy “career ladder” by moving up to the premier class.

The 23-year-old’s ascension to MotoGP with the Tech3 team will almost certainly come at the expense of Danilo Petrucci, who joined the satellite KTM squad this year after two seasons with the factory Ducati Team. Gardner will follow in the wheeltracks of past Tech3 KTM riders, Brad Binder and Miguel Oliveira, who now ride for the KTM factory team.

Gardner’s move to the premier class comes after one season in Moto3 and six in Moto2, including this year. He made his GP debut in the Moto3 class at San Marino in 2014 and moved up to Moto2 in 2016. His first Moto2 podium came in 2019, followed by three more and his first Moto2 win last year.

After six rounds of the 2021 Moto2 season, Gardner has one win, four other podiums and leads the championship.

Remy Gardner: “I’m extremely happy that KTM have given me this opportunity. It’s a dream come true for me and what we have worked for up until this point. It’s an incredible chance for me and I cannot wait to ride the bike. I just want to thank KTM for believing in me. Right now we need to focus on finishing 2021 in a strong way. I want to thank also everyone who has supported me to reach MotoGP. We’re just getting started.”

Pit Beirer, KTM Motorsport Director: “It’s a real pleasure for us to bring Remy to MotoGP next season because we knew about his speed and ability for Moto2 and he has confirmed that potential. We believe there is much more to come from him and it’s important he has this opportunity to keep growing. Remy is a typical racer. He’s super-determined and never gives up. He’s exciting to watch and we’re looking forward to working with him in this next step. Again, we’re also showing that the KTM GP Academy can give the right opportunity for riders that want to go all the way.”