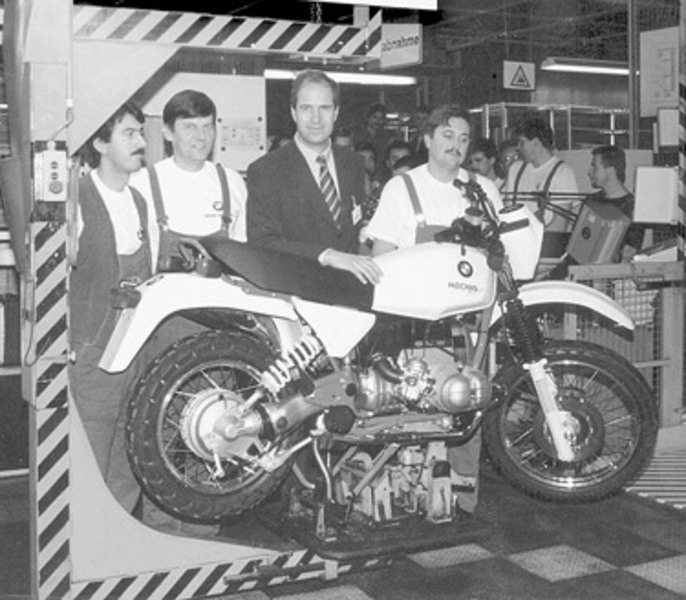 Ten years ago this saw the end of a line of BMW Boxer motors going back to the first BMW motorcycle produced - the R 32 that was unveiled at the Berlin show in 1923.

The honour of being the last of the old style Boxers was given to a Special Edition GS, the R 80 GS Basic. The R 80 GS Basic was a fitting model to end this era as it was the R 80 G/S, launched in 1980 that created a new genre of motorcycle and gave new life to the BMW Boxer twins and gave rise to the current R 1200 GS and R 1200 GS Adventure. The Basic stood out with its blue frame highlighting the white fuel tank, front and rear guards, side covers and front fork legs. A total of 3003 versions of the R 80 GS Basic were produced.

It is now ten years since the then BMW Motorrad boss, Michael Ganal (now a member of the BMW Board with responsibility for Sales and Marketing) had the job of wheeling the last R 80 GS Basic off the production line into history and the collection of BMW Mobile Tradition.

In this time BMW Motorrad has grown from sales of 50,465 at the end of 1996 to this year when sales should be close to 100,000 units. The BMW motorcycle range is now more expansive and diverse than at any time in BMW Motorrad's history with the new dynamic G Series set to further enhance the appeal of BMW in new market segments and to younger riders.

The two-valve Boxer powered BMWs have now been out of production for a decade but BMW's commitment to keep older models on the road through BMW Mobile Tradition's parts supply will enable owners of these and many other older BMWs to enjoy their motorcycles, safe in the knowledge that a supply of genuine BMW Motorrad parts is available through BMW Motorrad dealers. 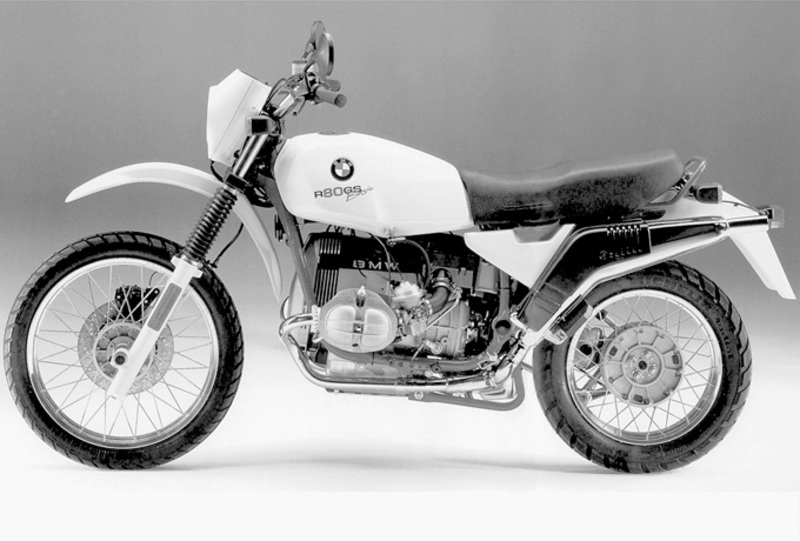