While the Australian round of this year’s MotoGP World Championship is still far from guaranteed, the event has secured a title sponsor in Red Bull.

Dorna Sports announced on 16 February that the energy drink brand will be the naming rights sponsor for this year’s Australian Motorcycle Grand Prix, which is scheduled for 22 to 24 October at Phillip Island. 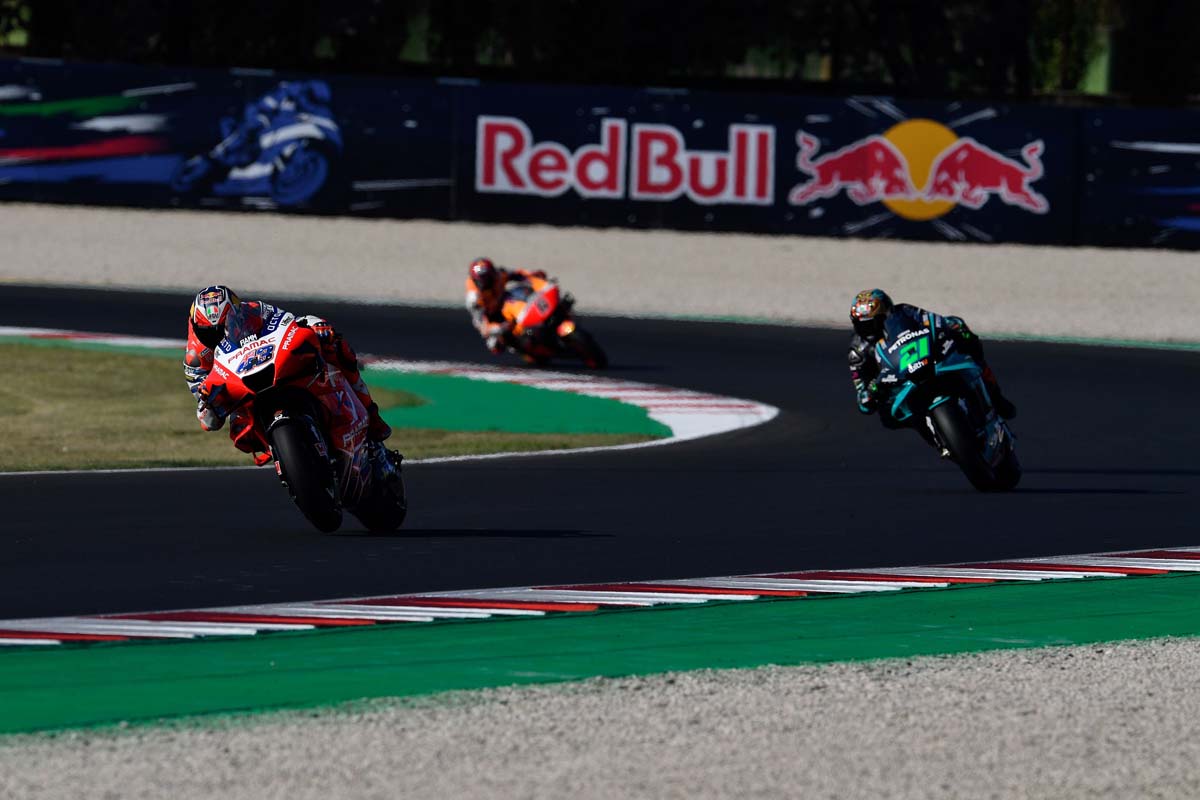 The agreement was actually signed last year as part of a broader deal confirming Red Bull as title sponsor for several MotoGP events until 2024. While the energy drink giant has been sponsoring the sport since 2005 and has a presence in every grand prix category, sponsorship of this year’s Australian GP is a first. Past title sponsors of the local round have included Pramac, Michelin, Tissot, Air Asia, GMC, Polini, Cinzano and Skyy Vodka in the MotoGP era.

Pau Serracanta, Managing Director of Dorna Sports: "The Australian Grand Prix is always a classic and to see Red Bull take top billing will be an honour for MotoGP. In these unprecedented times, working together to find the perfect solution for both parties is the cornerstone of any successful partnership.
"The collaboration between Red Bull and Dorna goes back to 2005 and continues to go from strength to strength. We have been co-organisers of the Red Bull MotoGP Rookies Cup for 15 years, and Red Bull is a vital part of the MotoGP eSport Championship, Idemitsu Asia Talent Cup and the Austrian Grand Prix at the Red Bull Ring, as well as our broadcast partner in Austria and Germany: ServusTV. I’m delighted to announce another addition to our portfolio of shared success with this agreement to title sponsor the Australian Grand Prix in 2021."

While tickets for the 2021 Red Bull Australian Motorcycle Grand Prix are yet to go on sale, the event’s homepage is taking expressions of interest. Go to: motogp.com.au for details.

Of course, the 2021 Australian GP will be subject to FIM, Dorna and Victorian Government approval.