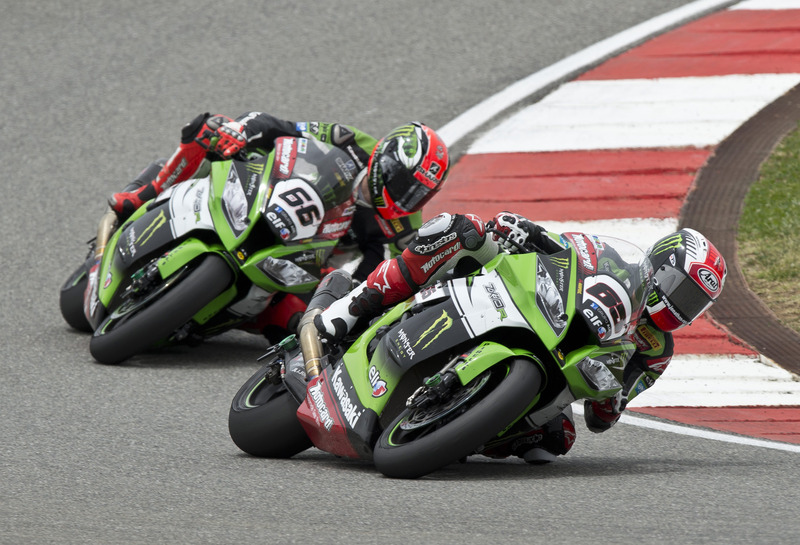 Northern Ireland's Jonathan Rea is a virtual certainty to secure his first World Superbike Championship when the series reconvenes at Jerez on September 20 after the summer break.

At Jerez, Rea needs only to finish inside the top ten in either of the weekend's two races to win the title - regardless of who wins or where any other rider places.
In his first season with the Kawasaki Racing Team, Rea has been dominant, winning twelve of the twenty races contested so far and leading the championship by 144 points. Perhaps more impressive is Rea's consistency. The Ulsterman has finished no worse than third so far this season, and that has only been on two occasions.
Rea has been impressive right from the first race of the 2015 series at Phillip Island, winning that opening hitout, followed by eleven more race wins. This despite the fact he was on new machinery this year - Kawasaki's ZX-10R - after six seasons on Hondas (2009 - 2014). To date, Rea has also secured only two Superpole victories this season, proving he doesn't need to be on pole position to win races.
By comparison, 2014 WSBK champion Sylvain Guintoli switched from his title-winning Aprilia to Honda for 2015 and has had a woeful season, failing to visit the podium even once so far, with a best race result of fourth.
While continuing to show the race-winning performance of the ZX-10R (already proven by team mate and 2013 WSBK champion, Tom Sykes), 28-year-old Rea has arguably adapted to the EVO rules (Superbike-spec chassis, Superstock-sec engine), applied to the entire WSBK field this year, better than any other rider.
As it stands - ahead of Jerez - the Kawasaki top gun holds a 144 point lead over Ducati's Chaz Davies and is 157 points ahead of Sykes. With only three rounds remaining and a maximum of 150 points on offer, Rea needs only to bag a handful of points to claim the 2015 WSBK title, his first since joining the series full-time in 2009.
Of course, it isn't over 'til it's over, but given his form so far, it's hard to see Rea not winning the championship at Jerez, or at worst, the following round at Le Mans. Rea's only challenger, should he DNF or finish outside the points in the season's remaining six races, is Davies.