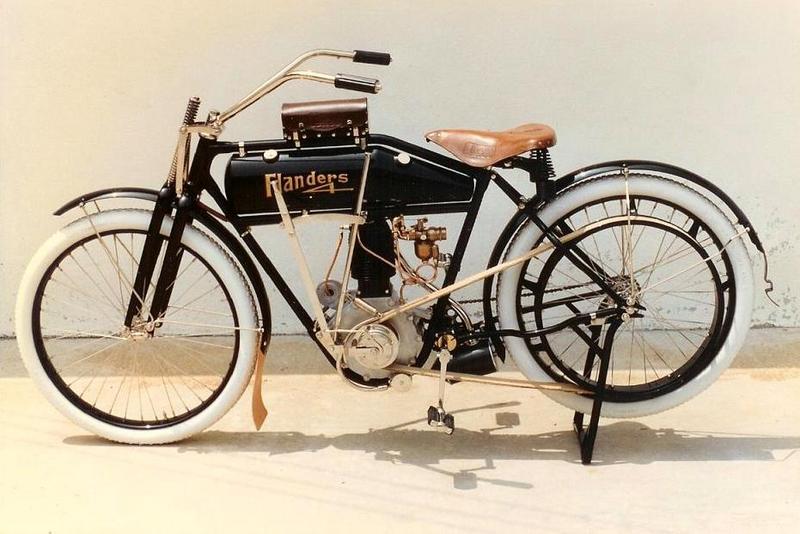 Flanders made a name for himself in the early days of motoring, having helped set up the the first automotive mass production assembly line with Henry Ford in 1903-1904 before leaving Ford to join Everett and Metzger to start the 'E.M.F' brand of cars.

After his time in the automotive industry, Flanders turned to motorcycles, building the marque that bore his name in Chelsea, Michigan from 1910. After the 1914 model year, the brand faded from the scene as World War I came along. Other motorcycle manufacturers experienced similar hardships during this period, with a number of other brands disappearing from the scene, due in part to the increasing affordability of automobiles.

The example being auctioned at the Mid America Auctions event in Las Vegas this January 12 - 14 is a 1911 'Flanders 4' model powered by an inline four-cylinder engine of 30.5ci (500cc) displacement, producing 4 horsepower.

One of about 20 thought to still exist worldwide, this example is still equipped with its original Schiebler carburettor and Splitdorf magneto. The engine features an automatic intake valve with only the exhaust valve being lifted by the camshaft. The leather drive belt operates directly from the crankshaft to the rear wheel. Bicycle type pedals and chain drive were used for starting.

The Earl Flanders family of handlebar fame (no relation to the motorcycle's manufacturer) purchased this
machine from Bud Ekins (of Steve McQueen 'Great Escape' jump fame) in 1985. A complete restoration was performed by Tom Halstead in 1988. This restoration included fresh Universal tyres, Heilman leather seat and tool pouch.

The Flanders 4 will join a number of other rare and vintage American motocycles at the Mid America Auctions Vegas event, including Pierce, Excelsior, Iver Johnson, Flying Merkel, Thor and, of course, Harley-Davidson and Indian.

Running condition is unconfirmed, and no reserve price for this fine example of an early American motorcycle has been listed.

For more details on this and other lots for the auction, go to www.midamericaauctions.com 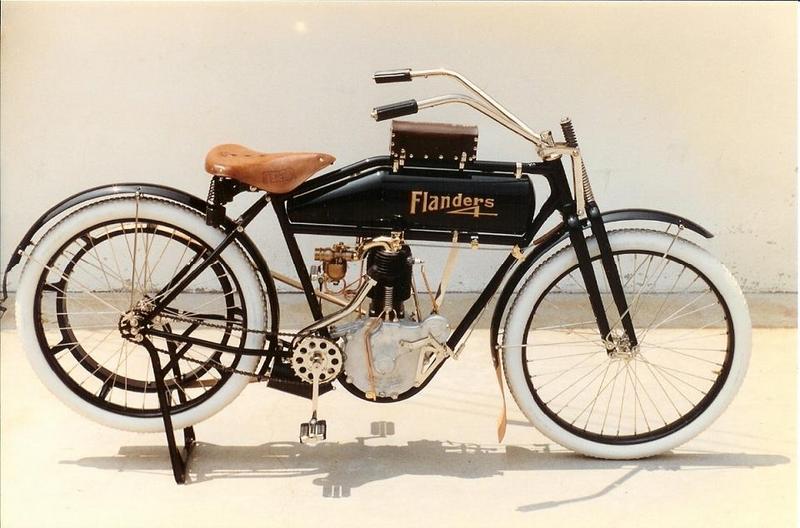