In one of the feelgood stories of the year from a motorcycling perspective, Wayne Rainey was re-united with his championship-winning YZR 500 race bike at the 2022 Goodwood Festival of Speed and rode it up the famous event’s hillclimb course. 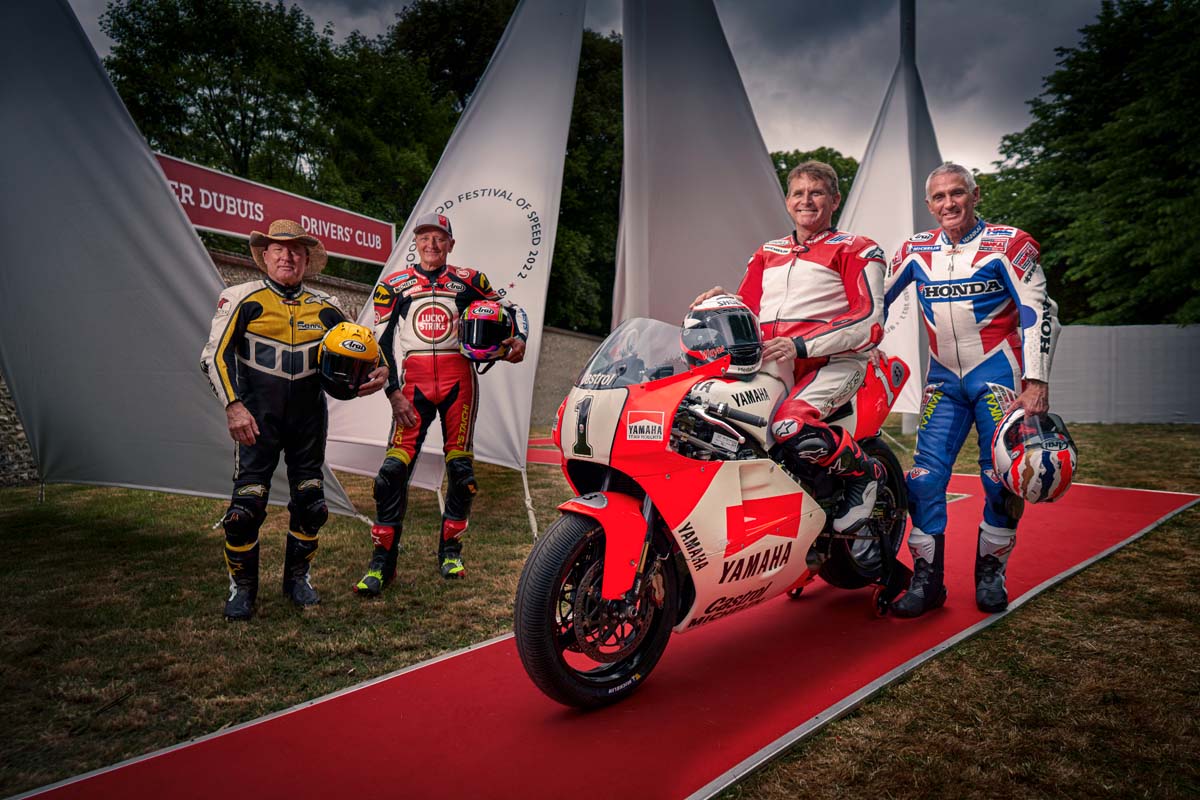 This year marks 30 years since Rainey won his third successive 500cc Word Championship, so it seemed like an ideal time to reunite the famous American with his equally famous racing bike, but the genesis for this idea actually came more than three years earlier.

Charles Gordon-Lennox, aka the 11th Duke of Richmond and creator of the Goodwood Festival of Speed, had originally invited Rainey to make his Goodwood debut at the 2020 event, which would have marked thirty years since the American’s first 500cc world title. The reunification didn’t happen in 2020, nor in 2021, but this year, the idea finally came to fruition.

Once he was confirmed for the 2022 Festival, Rainey got Yamaha Motor Racing’s Managing Director, Lin Jarvis, involved, in turn leading to the 1992 championship-winning YZR 500 being pulled from Yamaha’s museum in Japan and recommissioned for riding.

As Rainey has been paralysed from the waist down since a crash at Misano in 1993, numerous modifications had to be made to the YZR 500 to enable it to be ridden. These were undertaken by Yamaha technicians in Japan and included adding a padded section between the tank and the seat, and fitting bicycle-style clip-on pedals to fasten Rainey’s feet.

To change gears without a pedal, the engine killswitch was reconfigured as an upshifter, with downshifting done by pulling the clutch lever. Rainey conceded this took a little getting used to, as his most recent experience of riding a converted motorcycle was on a Yamaha R1 at Suzuka in 2019. The R1 road bike was relatively easy to ride, thanks to all its existing electronics, but the low-tech, 500cc two-stroke YZR 500 was more of a challenge.

Balancing on the bike was difficult, as was getting the acceleration right from launch, but Rainey soon found his groove, and even after several runs up the hillclimb course over the Festival’s three days, said he wished he could ride it for longer.

“To be honest, it felt like an old friend,” Rainey explained. “It was always a challenge to race the bike at that level, fighting for race wins and championships, but being here 30 years later, being able to get on the bike and ride it up the hill in a nice, easy gentle setting is fantastic. The bike was there for me back then and it’s there for me today, so I’m thrilled.”

Joining Rainey at the Goodwood Festival of Speed was Kenny Roberts (who led Marlboro Yamaha Team Roberts that Rainey raced for) and former racing rivals Kevin Schwantz and Mick Doohan. Together, all four racing legends and former 500cc World Champions rode the hillclimb course to the cheers of the crowd. Dani Pedrosa joined the quartet for one of the runs, too.

“I’m glad the fans haven’t forgotten – that [1992 championship] was a long time ago!” Rainey laughed.

“When I put my helmet on and they started the bike, I was like ‘it’s on’. Being able to ride up the hill and through the corners, looking down and seeing that I was on my Grand Prix bike again after all those years felt like I was in a completely different world, and to do it alongside those guys - Kenny, Kevin and Mick - I could not have asked for more than sharing this experience with them.

“A huge thank you to the Duke of Richmond for having me and to Yamaha for taking the bike out of the museum and adapting it for me to ride.”