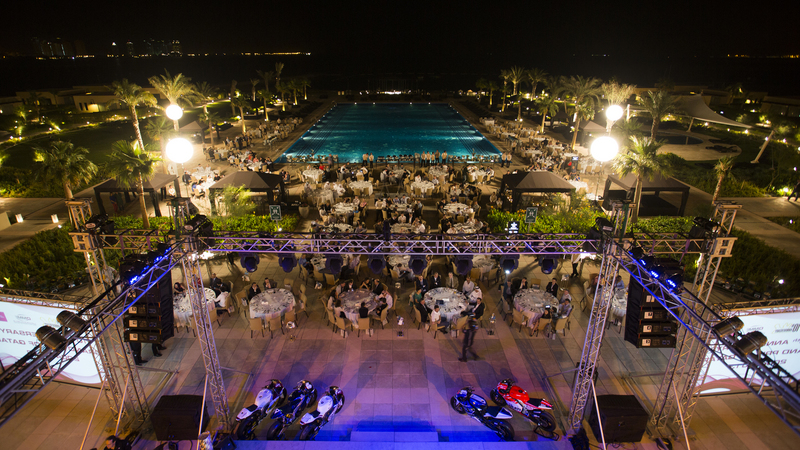 Star riders and familiar faces from the MotoGP paddock gathered on the Wednesday night before the Commercial Bank Grand Prix of Qatar to mark the anniversary.
This weekend's running of the Qatar MotoGP round will also mark the 10th Anniversary of the race in the desert at the Losail circuit, which has became a staple of the MotoGP World Championship calendar.

Star riders and familiar faces from the MotoGP paddock gathered on the Wednesday night before the Commercial Bank Grand Prix of Qatar to mark the anniversary.

Held at the St. Regis Hotel, MotoGP riders from all classes turned out to celebrate a decade of racing at the fast and flowing track in the desert alongside the Qatar Motor & Motorcycle Federation. Its President & Losail International Circuit General Manager, Mr. Nasser Khalifa Al Attiya, and Dorna Sports CEO, Carmelo Ezpeleta, both praised the long-running event, which has been held under the floodlights since 2008.

The nine world champions from previous years and feeder classes that currently occupy the MotoGP grid in the shape of Jorge Lorenzo, Valentino Rossi, Dani Pedrosa, Nicky Hayden, Álvaro Bautista, Andrea Dovizioso, Marc Márquez, Stefan Bradl and Hiroshi Aoyama all handed Mr. Khalifa Al Attiya a signed helmet to mark the occasion. Ezpeleta also presented him with a replica of the MotoGP Championship Trophy, whilst in return was given a trophy of his own. All riders spoke about their joy at racing at the track at night, whilst some recollected some famous races they had had at the circuit.

Mr. Khalifa Al Attiya commented on the success the circuit has been over the years, and was moved with the turnout for the event: "To see all the big riders here is very emotional for us. I wish to thank everyone for their support." He also spoke about the relationship between the circuit and MotoGP™, citing that it had been a journey of "learning together, and succeeding together".

Ezpeleta gave a further insight into how far the circuit and race had come from its early days: "People were initially brought in from around the world [to run the Grand Prix], such as marshals. Now, all the staff are from here." He also spoke about when Mr. Khalifa Al Attiya first approached him about the idea of a night race and the reception it got, citing it was a move that clearly paid off. And commenting of the future of MotoGP™ and the Qatar Circuit and the continual changes that have improved the spectacle, he joked: "Let's see if they'll come up with anything else!". 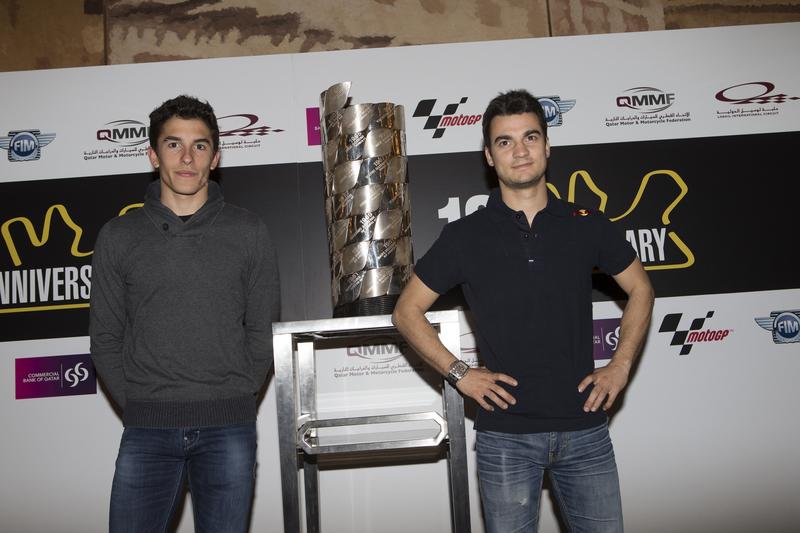 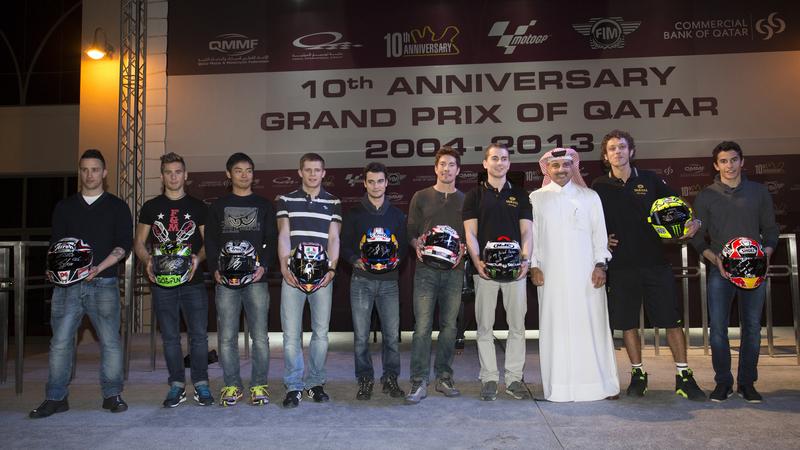 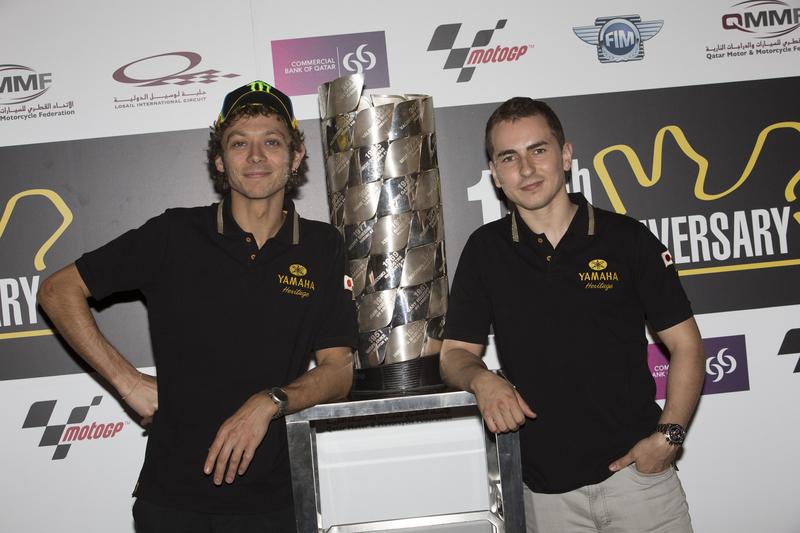