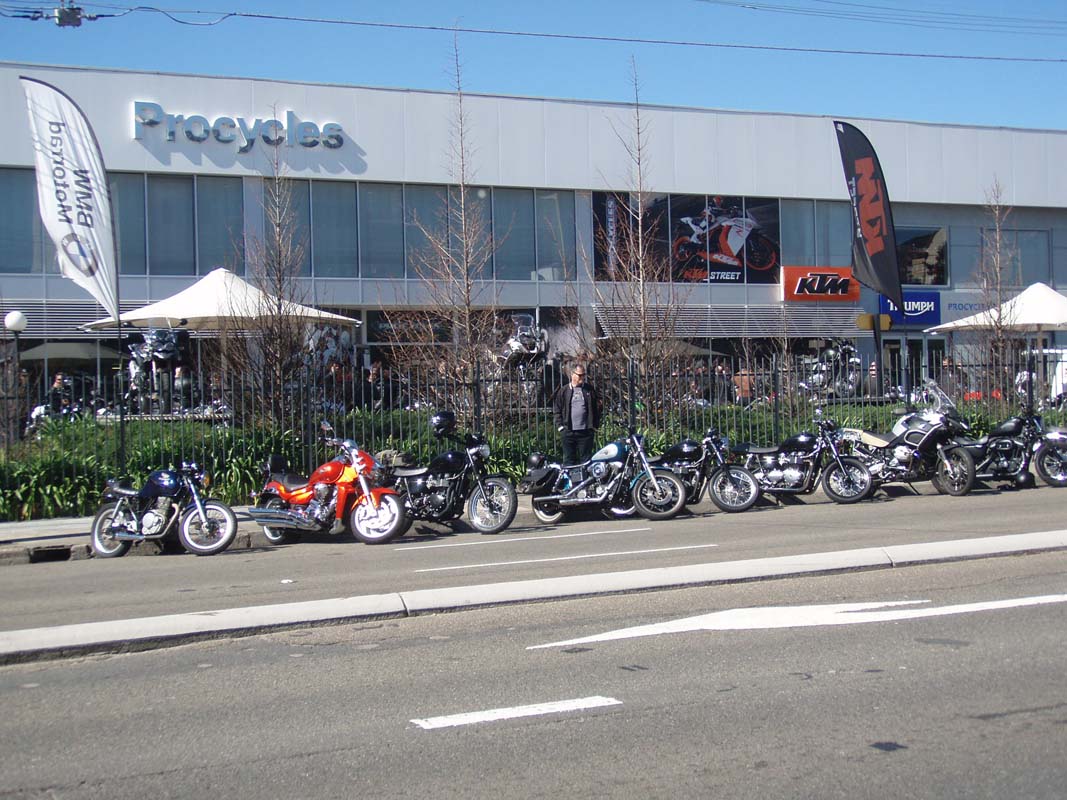 After three years of disruption caused by the WestConnex M8 construction works, Procycles St. Peters - BMW’s 2020 Motorcycle National Metro Dealer of the Year - were only too pleased to be included in the revitalisation of the streetscape around the WestConnex tunnel.

The initiative, led by the Inner West Council, saw the Albert St. frontage of Procycles given over to a significant and relevant piece of artwork by renowned Australian artist Brad Robson.

While the temptation may have been to adorn the wall with a big BMW, or honour riders like Doohan, Gardner and Stoner, Robson went back a decade to honour three young lions who dominated Australian road racing in the ’70s - Warren Willing, Gregg Hansford and Ken Blake. Dubbed “Golden Age,” the tableaux brings a modern look and personality to the street scene. 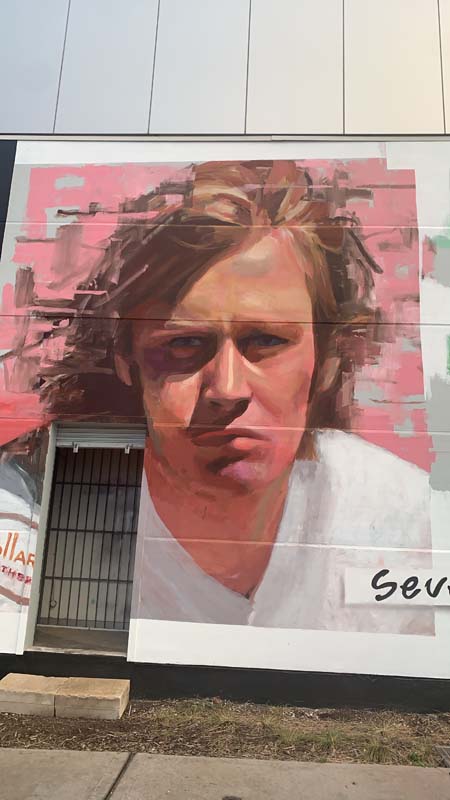 Born in 1952 and raised in the inner north-west Sydney suburb of Dundas, Warren Willing started racing in 1970 and would win state and national titles before heading overseas to compete in the Formula 750 World Championship and events like the Daytona 200.

His riding career was cut short following a major accident at the North West 200 in 1979 that left him with a leg so badly damaged, amputation was seriously considered.

Starting with Yamaha’s Australian Superbike team, where he was part of the nascent careers of future stars like Mick Doohan and Kevin Magee, Willing then headed offshore in 1988, joining the Team Roberts Marlboro Yamaha squad run by Kenny Roberts.

Working alongside Bud Aksland and Mike Sinclair, Willing was Wayne Rainey’s crew chief for his three successive 500cc world titles from 1990. A decade later, in 2000, Willing was part of the team that delivered Kenny Roberts Jr’s 500cc world championship with Suzuki.

After co-developing the Proton KR3 race bike for Kenny Roberts, Willing switched his attention to KTM in 2004, working as a consultant and chassis constructor for the Austrian manufacturer’s 125cc, 250cc and MotoGP campaigns.

A brief stint with MZ Racing followed in 2011, then with Ducati in an engineering consultancy role before the arrival of Luigi dall’Igna.

Regarded as one of motorcycle racing’s leading engineers, Willing passed away on 4 September, 2015, after a long battle with cancer. 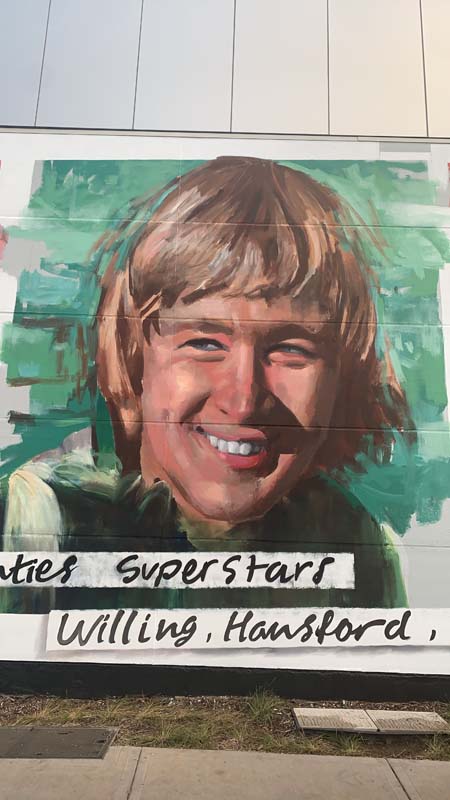 Born in East Brisbane in 1952, Gregg Hansford got into racing with the financial support of his mother. Like many of his generation, he began competitive racing on dirt tracks and in motocross, before turning to road racing in the early 1970s.

Hansford’s first major road racing achievement was winning the 500cc Unlimited Championship in 1973, A year later, he finished second to Warren Willing in the Unlimited Grand Prix at Bathurst. Earlier in 1974, Willing had served as mechanic for Hansford’s first international race, on a TZ750 at the Daytona 200.

With his star on the rise, Hansford was signed by Team Kawasaki Australia in 1975, replacing Ron Toombs and partnering Murray Sayle. Hansford and Sayle won that year’s Castrol 6 Hour and became high profile stars of Australian road racing.

For the next three years, Hansford mixed domestic racing with the occasional overseas event, mainly in the Formula 750 class and the Daytona 200, before stepping up to international racing full-time in 1978.

Racing in both 250cc and 350cc classes, Hansford won four 250cc races and three 350cc races in his debut season, finishing a close second to Kork Ballington in the 250cc World Championship and third in the 350cc title. He would repeat those placings in 1979.

An offer from Yamaha and a proposed ‘World Series’ replacing the FIM in 1980 both fell through, leaving Hansford with Kawasaki and a KR500 that was a real handful.

Partnering Ballington in Kawasaki’s factory 500cc campaign, Hansford’s two-wheel career ended in bizarre circumstances in 1981 when he crashed into a car parked in a run-off area at the Belgian GP.

The recovery from that accident took five years, by which time Hansford had switched to car racing, and it was in four-wheel racing that he was killed following a crash at Phillip Island in 1995. 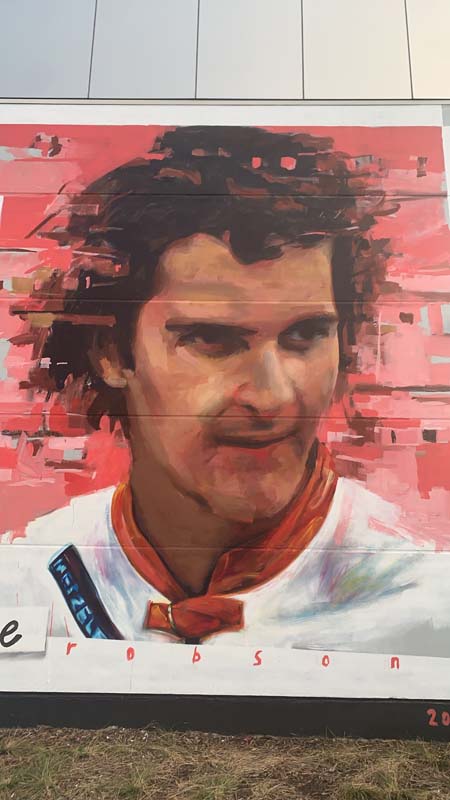 One of Australia’s most beloved motorcycle racers, Ken Blake was affectionately known as one of nature’s gentleman.

Born and raised in the Strathalbyn district of SA, Blake started racing his own Triumph and won consecutive Australian Unlimited TTs before switching to Kawasaki and winning at Bathurst in 1970.

In the next ten years, Blake would ride all kinds of bikes all over the country, from Yamahas to Kawasakis and the ex-works Bruno Spaggiari Ducati 750 SS. Often, he would ride in three or four events in a meeting, competing in 250, 350, Unlimited and Production classes.

The Castrol 6 Hour was perhaps Blake’s greatest stage domestically, solo riding a Kawasaki Z1B 900 to victory in 1973, then finishing second on a BMW R90 S in 1975. Runner-up again in 1976, sharing the ride with Tony Hatton, Blake would take his second Castrol 6 Hour win in 1977 on a BMW R100 S, partnered by Joe Eastmure.

In 1976, Blake rode the International Meeting at Victoria’s Laverton Air Base. Against the greatest rider of that time, including Giacomo Agostini and his works MV Agusta and a host of top internationals, Blake stunned the world, taking an amazing victory.

A brief stint in GPs included a second place at the 1980 Belgian 500cc GP – on a 350cc machine! – which led to a seat with the Honda France Endurance Team.

On 9 June, 1981, Blake was riding at the Isle of Man when he crashed at Ballagarey Curve and was killed instantly.