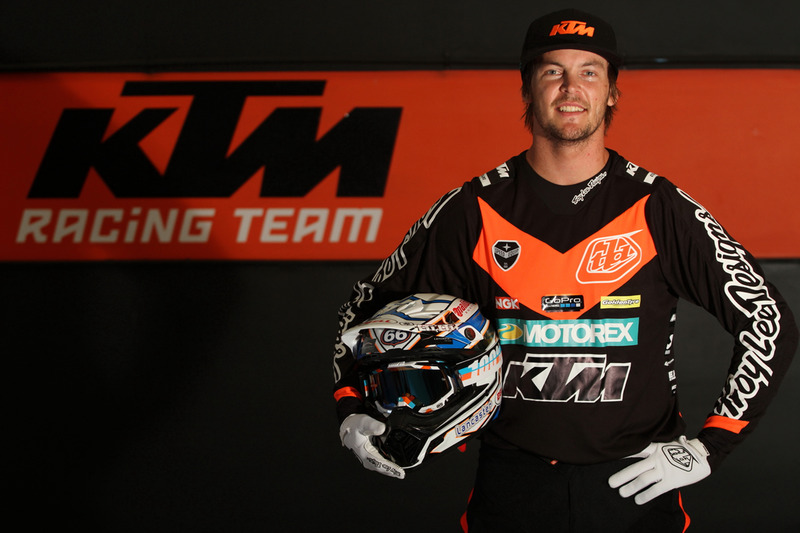 Replacing the retired Marc Coma in the KTM factory rally team, Price will be enjoy the benefits of full-factory support for seasons 2016 and 2017, which includes the Dakar rallies both years.
Price received his contract in the final hours of yesterday evening, so after six years with KTM Australia, he will fill the position left vacant by five-time Dakar winner and Rally legend Marc Coma, after the Spaniard announced his retirement (see here).
After winning 'local' events like the Finke Desert race, Hattah and the Australian Off-Road Championship multiple times, Price came to the attention of the world motorcycle media when he finished third on debut at this year's Dakar Rally. That's impressive enough, but in a spectacular display of consistency and strategic intelligence, Price also won the penultimate stage of the 9000-kilometre, 14-day event, despite having only just learned how to read road maps!
This year has seen Price's tour of domination roll on, and having already placed both the Hattah and Finke Desert race trophies in his cabinet, he also leads this year's Australian Off-Road Championships. Price will complete his commitments with the Australian KTM Enduro Racing Team for 2015.
Obligations KTM Red Bull Rally Racing Team start next month, with a suspension test scheduled for late August.
Toby Price - "About two days ago I received confirmation that it was all going to happen, and then about 11 o'clock last night the contract came through - it's now official and good to go, so I'm looking forward to beginning a new career path. I'm a little bit speechless still, but that's where we wanted to end up and it's a dream come true.
"It's a full factory Red Bull KTM Rally ride, so it's the whole deal. It might actually free a little bit of time up compared to the schedule I've had this year, but we have got a good schedule of rally racing and Dakar on the cards and we're going to work hard on things and try to get a bit more experience at reading of the road books and things like that.
"It's a two-year deal straight up, so we've just got to do things smart and make sure we look after ourselves. It's a bit different to the bike that I rode at Dakar this year, so we are looking forward to getting on it and seeing the potential of it and where we can go with it.
"It's definitely a bummer that Coma has retired and gone out of the racing, but at the end of the day it opened the door for me to be able to get onto the team, and start learning from the best crew out there. That said, we're definitely not expected to fill anyone's shoes, Coma is his own rider, and we'll just look to seeing what Toby Price can do.
"This is the best place to be, that proved they've got the winning team, and a good crew of people there to do the job right, so we are in good hands and we've just got to grab this experience with both hands and just try our best to learn as quickly as possible and learn the smart way to do things and have a good time doing it.
"After suspension testing in August, it will pretty much kick off for me, and the rally bike will get shipped back to Australia for me to train and practice on. Then I think the first ride will be the Atacama Rally, then Peru, Morocco and it leads up into Dakar.
"My schedule is going to be a lot busier by the end of the year with all the testing, but we're looking forward to doing it. I'm also looking into the possibility of trying to race Finke and Hattah next year. They are my two favourite races on the calendar, and desert racing is the direction I'm heading so we're looking forward to seeing if it fits. The factory has reacted positively to those suggestions, but it's up to them ultimately.
"It's exciting times, and we'll put a lot of work in and definitely go back to Dakar better prepared than what we were this year.
"I'd really like to acknowledge the help and support of Jeff Leisk and Grabbo this year, it's been astounding and I can't thank them enough. Jeff has always had my back with my goals and visions that I've had, and he's let me chase them as much as I possibly can without doing anything too silly to compromise my racing year."
Commitments with his new job notwithstanding, Price will still attempt to add the Finke and Hattah races to his competition calendar for the next two years.
For more information on KTM motorcycles visit ktm.com.au 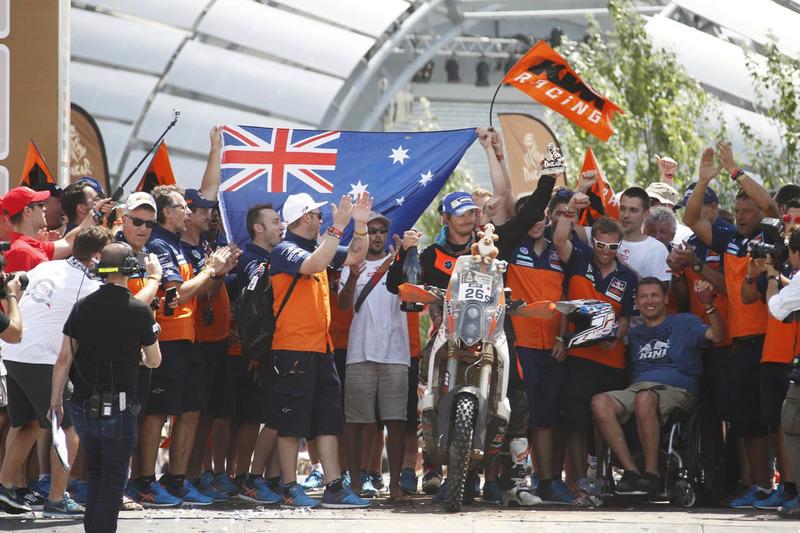