Phillip Island will celebrate 30 years of hosting the World Superbike Championship in 2020. Make you get there for what’ll be a big Anniversary event. 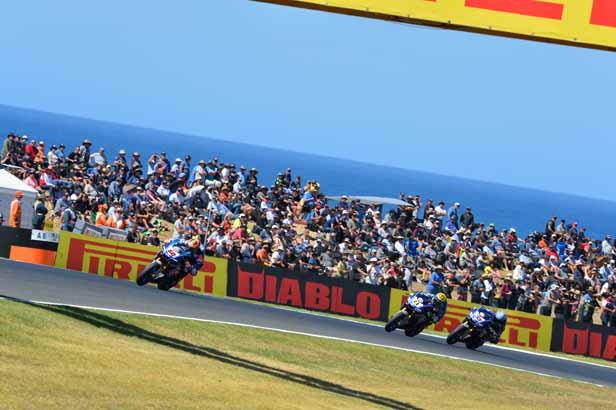 With new riders, new teams, new rules and a new energy, there’s always plenty to look forward to at the season-opening round of the MOTUL FIM Superbike World Championship at Phillip Island. This year should be no exception, following multiple rider moves over the summer in World Superbike and World Supersport that are set to shake up both championships.

This year’s Australian World Superbike round will also be a special one as it marks the 30th Anniversary of racing at the Island.

The 2020 World Superbike (WSBK) and World Supersport (WSS) circus kicks off Down Under this coming February 28 to March 1, with the three-race format that was introduced for WSBK last year carrying over for 2020 with no major changes – Race 1 on Saturday, the Tissot Superpole Race on Sunday morning, followed by Race 2 on Sunday afternoon. WSS will race on Sunday, as per usual.

Some new technical regulations will come into play for the 2020 season, mainly to do with updated concession and option parts, as well as more rigorous enforcement of minimum tyre pressure rules for the WSBK and WSS field after this became a factor at the 2018 Australian round.

The FIM have reiterated that aerodynamic aids will be restricted to homologated parts only, while the rev limits for the WSBK will adjusted following last season’s results, but the actual limits for each manufacturer had not been declared at time of writing. As in the 2019 season, those rev limits can be adjusted as the season progresses, depending on race outcomes 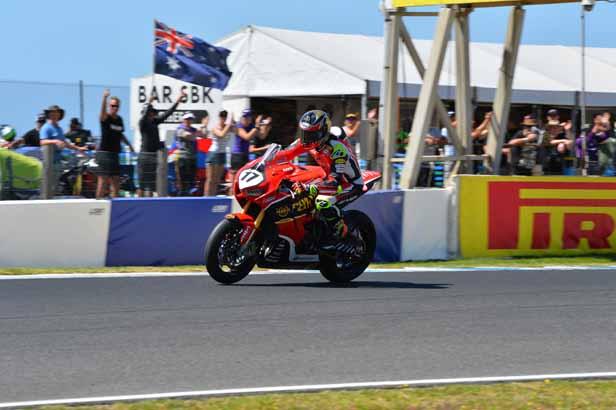 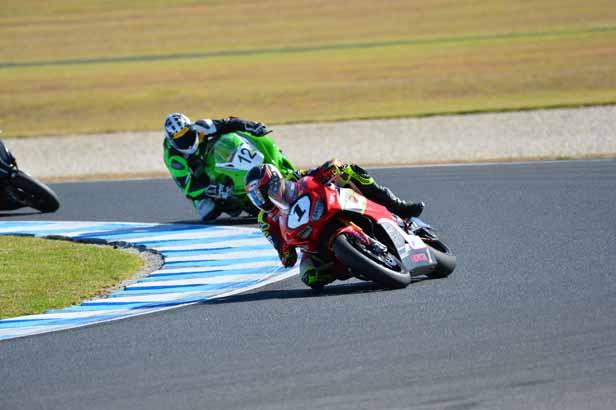 The post-season shuffling of riders and teams was the biggest in recent memory, with all the top-flight WSBK teams making at least one rider change and a few new faces coming to the grid for both WSBK and WSS.

Last year’s early-season star, Alvaro Bautista, has moved from Aruba.it Ducati to the HRC-backed factory Honda team for 2020 and will be joined by Leon Haslam after last year’s rider pairing of Leon Camier and Ryuichi Kiyonari failed to fire on the CBR1000RR.

At the Kawasaki Racing Team, five-time champion Jonathan Rea will be joined by Alex Lowes after Haslam was dropped by the factory Kawasaki racing team. Following Bautista’s defection to Honda, Lowes’s move from the Pata Yamaha WorldSBK team was arguably the biggest move of the off-season.

Dutchman Michael van der Mark remains at Pata Yamaha and will be joined by Toprak Razgatlioglu this season. The fast young Turk, who secured his first WSBK race win last season with Puccetti Kawasaki will be aiming for more success this year on the factory Yamaha YZF-R1M.

Scott Redding is another high-profile signing to the WSBK grid, joining Aruba.it Ducati and coming to the category after five seasons in MotoGP and wrapping up last year’s British Superbike Championship.

Redding will be joining incumbent Chaz Davies, whose 2019 campaign was blunted by injury and time taken adapting to the new Ducati Panigale V4R.

Like Honda, BMW returned to WSBK as a full factory team last year. And like Honda, the results were disappointing, despite a handful of podium finishes from the experienced Tom Sykes. With a season’s experience under their belt, BMW Motorrad WorldSBK will be expecting more in 2020, and have drafted in Eugene Laverty to help do that. Laverty replaces Marcus Reiterberger and will bring his undoubted pace to the S 1000 RR.

Of the independent teams, GRT Yamaha will boast an all new rider lineup in last year’s WSS runner-up Federico Caricasulo and American superbike rider Garrett Gerloff. The pair replace Sandro Cortese and Marco Melandri, who retired at the end of the 2019 season.

Razgatlioglu’s seat at Puccetti Kawasaki has been snapped up by Xavi Fores, while Camier will replace Michael Rinaldi and BARNI Ducati. Pedercini Kawasaki retain Jordi Torres and welcome back Lorenzo Savadori to WSBK. 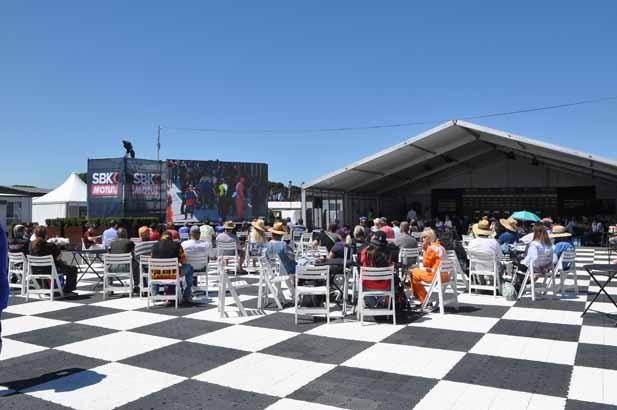 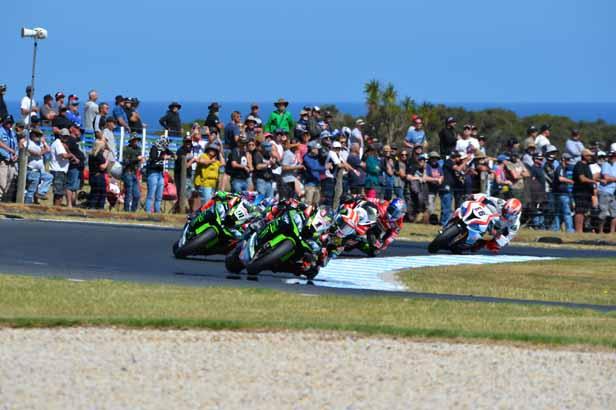 In WSS, there’s been just as many rider movements, led by 2019 champion Randy Krummenacher’s defection to MV Agusta Reparto Corse from Bardahl Evan Bros. World SSP. How Krummenacher will adapt to the MV Agusta F3 675 after his stellar season on the Yamaha YZF-R6 will be one of the talking points of 2020.

With Krummenacher’s 2019 team mate, Federico Caricasulo moving to WSBK, the Bardahl Evan Bros. garage was empty until former Moto3 and Moto2 rider Andrea Locatelli was announced in November. The team’s second rider was still to be announced at time of writing, but 2019 World Supersport300 champin Manual Gonzalez is the short-priced favourite to get the nod.

At Kawasaki Pucctti Racing, 2018 WSS Champion Lucas Mahias remains, but Hikari Okubo has been replaced by Moto3 race winner Philipp Öettl. Another Moto3 rider making the switch is Can Oncu, who has been signed by the new Turkish Racing Team that’s a joint venture between Orelac Racing Verdnatura and Puccetti Racing.

Another new team is MPM Routz Racing Team, who will run a Yamaha YZF R6 for Jamie van Sikkelerus.

Okubo has joined the Dynavolt PTR Honda team, with newcomer German Hobelsberger also signed to this team, while Team Toth retains Loris Cresson and Hannes Soomer has signed on with Kallio Racing, alongside incumbent Isaac Vinales.

Further announcements on the WSS grid are expected, including some last-minute arrivals and changes ahead of the Australian round.

As in 2019, there are no Aussies riding full-time in either WSBK or WSS this season. Wildcards will join the grid at Phillip Island, but these were yet to be announced at time of writing. 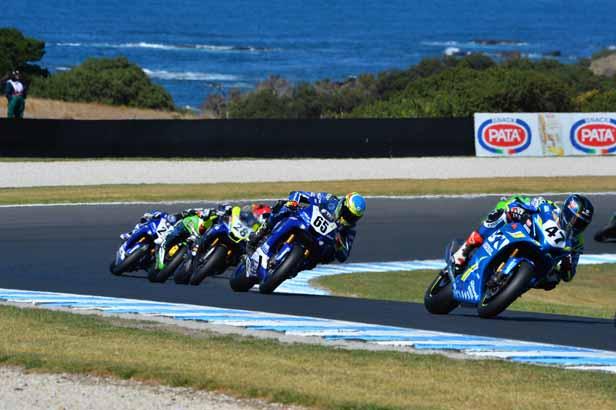 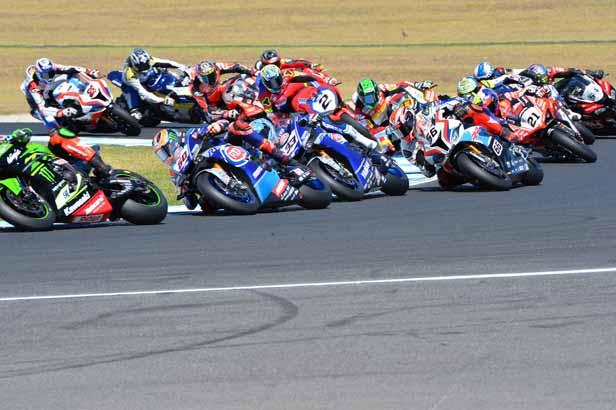 The full race schedule was yet to be confirmed at time of writing, but all three national categories should be running three races over the weekend, so there’ll be plenty of on-track action to enjoy.

Action at the 2020 Yamaha Financial Services World Superbike round at Phillip Island commences on Friday, 28 February. The Aussie Superbike and Supersport riders should be first on track, with the WSBK and WSS campaigners running their initial Free Practice session the same day.

Saturday, 29 February, should see a packed programme of WSBK and WSS Free Practice, then the Superpole, followed by WSBK Race 1, bracketed by racing from the national classes.

Sunday, 1 March is the big day, with the Tissot Superpole Race, as well as the WSS race and WSBK Race 2.

The schedule will be subject to change, so go to https://www.worldsbk.com.au/ for updates. 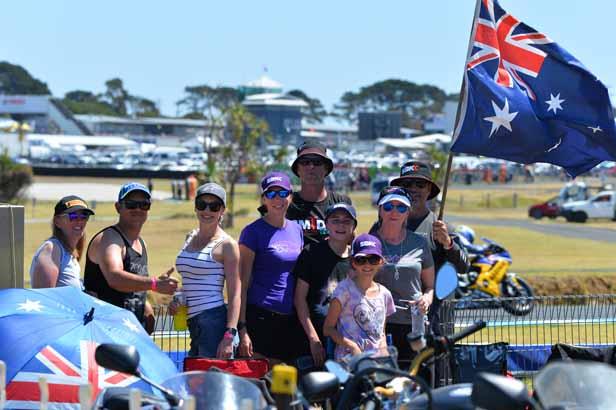 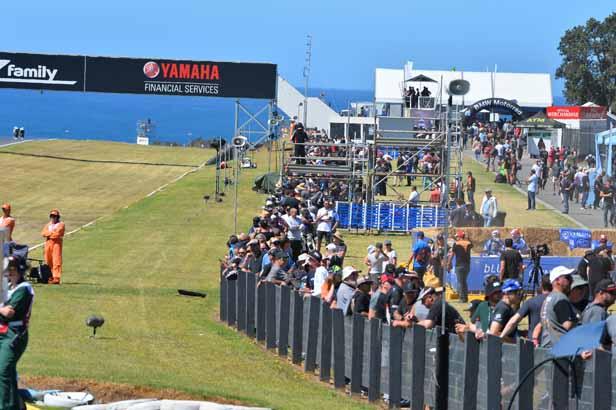 With a packed programme of racing, a 3-day ticket is your best option, but single day tickets are available. You can also upgrade your General Admission and BarSBK tickets to include camping, saving the hassle of purchasing two separate tickets.

Pre-purchase your General Admission and Campground tickets through ticketek.com.au and you’ll also save money on the gate price.

For VIP Hospitality packages, go to https://www.worldsbk.com.au/ for more details on available options, where you can also book your tickets. Alternatively, call the WorldSBK Hotline on 1300 728 007 to book (VIP Hospitality only) over the phone.

NOTE: Pre-purchase ticket discounts and other special offers are subject to availability and may have expired by the time this issue goes on sale – please check the respective websites or call the WorldSBK Hotline on 1300 728 007 to confirm availability. 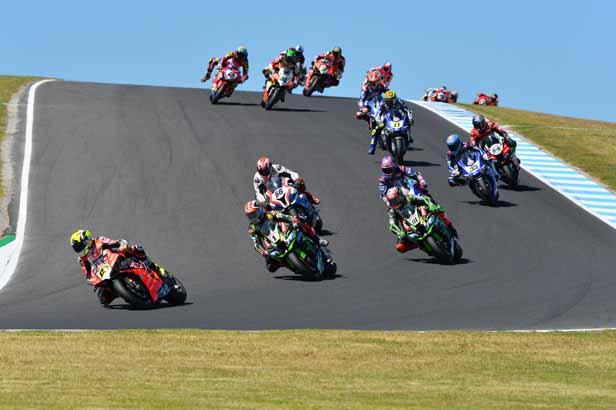 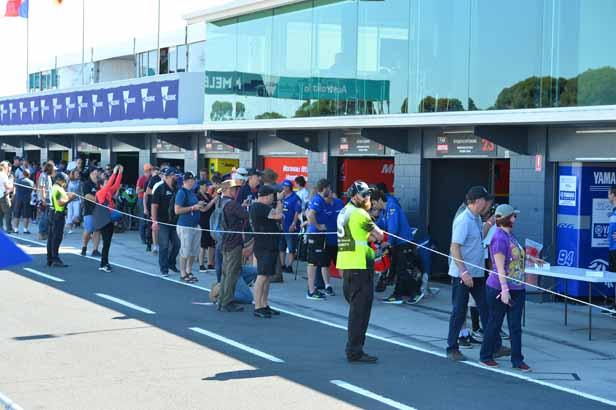