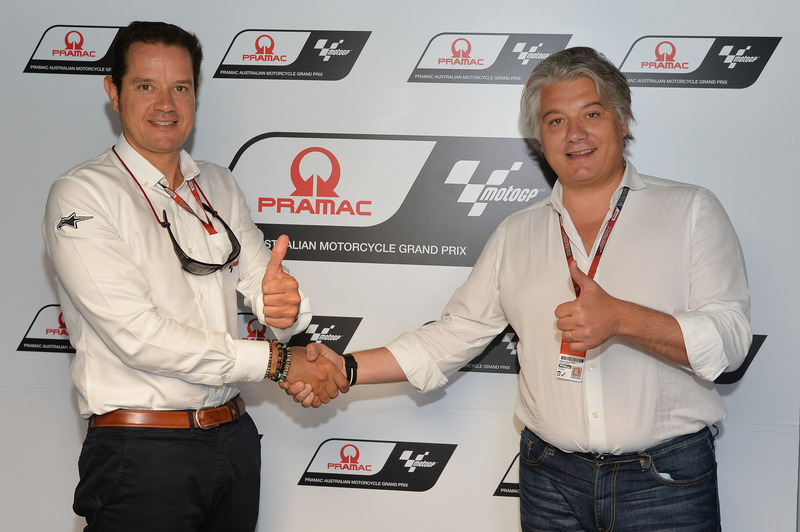 Theone-year deal with the Italian generator and stationary engine manufacturer will see the Australian round, held at the Phillip Island circuit over the weekend of 16th -18th October, known as the Pramac Australian Motorcycle Grand Prix.
Founded in Italy in 1966, Pramac is a global leader in the production of stationary, rental and portable generators and materials handling equipment with manufacturing plant in Italy, Spain, Brazil and China and 14 international commercial subsidiaries. The company has continuously developed a complete product range to satisfy the entire spectrum of energy needs required by its customers across the globe.
Pramac have been ever present on the MotoGP World Championship grid since 2002 with the Pramac Racing Team, and were also title sponsors of the 2008 Chinese Grand Prix. Pramac is also a sponsor of the Shell Advance Asia talent Cup.
Paolo Campinoti - Pramac CEO: "We are very honoured to announce that Pramac will sponsor a Grand Prix during the 2015 Season: the historic Grand Prix at Phillip Island, in Australia, that during the years has always generated great emotions to its followers. Since 2002 we are committed on the MotoGP™ starting grid with our Pramac Racing Team and this is for us an extra step in this very challenging and excite world that is totally consistent with the philosophy of our company."
Pau Serracanta - Managing Director Commercial Area - Dorna Sports SL: "We are delighted to announce this one year deal that sees Pramac as the title sponsors for the 2015 Australian GP. Pramac have been heavily involved with the MotoGP™ World Championship with Pramac Racing since 2002, and this agreement will provide an excellent platform for them to reach a truly global audience, which not only highlights the companies ambition, but also reflects the stature of their brand around the world."
Further details on the 2015 Pramac Australian Motorcycle Grand prix can be found at: motogp.com.au
Advertisment
Advertisment