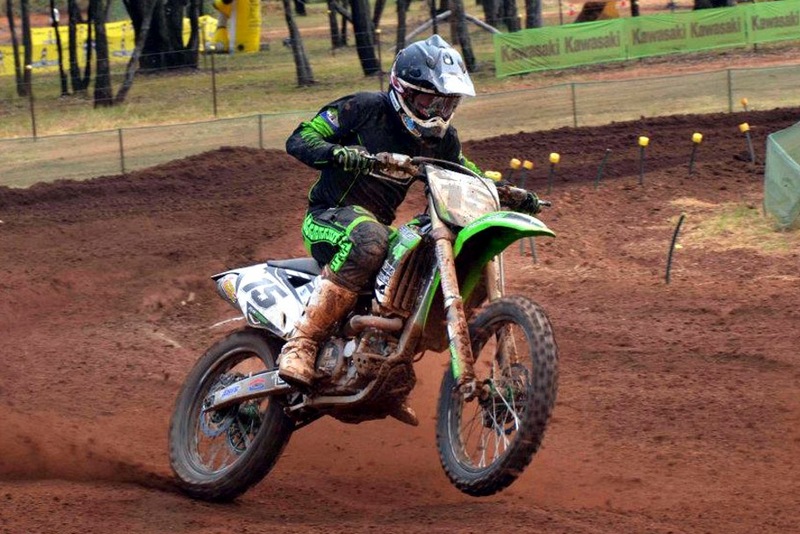 Surgery to repair Billy Mackenzie's injured wrist last Friday was successful, with the extent of the injury not as serious as first presumed.

"Obviously this is a setback," Mackenzie said in a Monster Energy Kawasaki team release. "I've been riding well so far this year. I don't have a bad conscience about getting injured, because I was trying my best in the race. I was in 2nd place and going for the win, leaving nothing on the table. These things happen. I didn't crash through lack of effort or speed, I just got caught out."

The injury is a real blow to Mackenzie who finished last year's motocross season strongly, and looked on track to be a contender for the championship crown in 2012. Given the recovery time estimated for this type of injury, Mackenzie may be able to return for the final two rounds of the series at Moree, NSW and Coolum, QLD in August.

Mackenzie's misfortune has opened the door for privateer rider, Dylan Peterson. The Ride4 team rider was the natural choice for Mackenzie's Monster Energy Kawasaki KX450F seat after being Kawasaki's top privateer MX1 rider in the first two rounds of the series.

"It's great to come on board with a team like Monster Energy Kawasaki," Peterson said. "There's no real pressure on me, which is good, so my goals are just to improve my results as the season goes on and become a better and faster rider and crack the top ten."

Monster Energy Kawasaki Team Manager, Troy Carroll says, "It's a real shame Billy got injured this season. He was fast and fit and had all the tools to win. We look forward to his return.
"It's a big deal for Kawasaki to give the top Kawasaki privateer in the country the opportunity to ride for the factory team. Hopefully Dylan will be able to step up to the plate and improve on his results on the factory bike."

Peterson will join Monster Energy Kawasaki riders Jay Marmont and Kade Mosig at the 3rd round of the 2012 Monster Energy MX Nationals at Wonthaggi, Victoria on April 28-29.