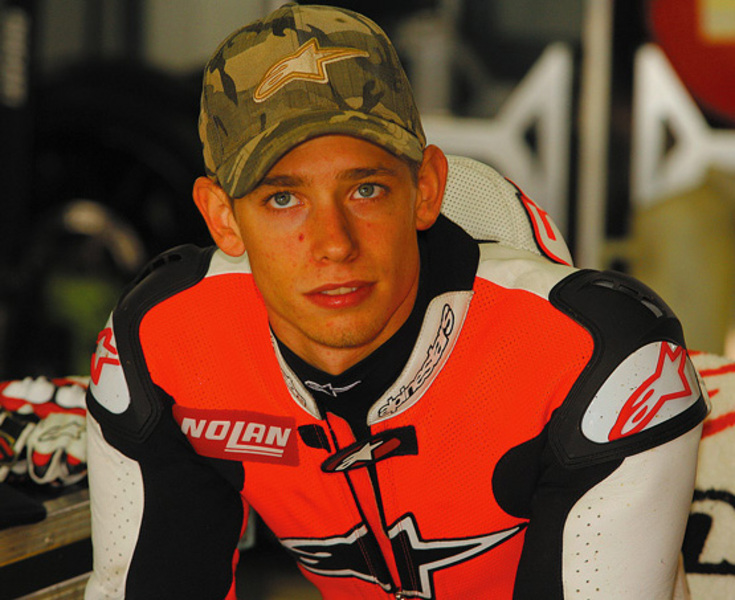 Held over three days at the Jerez circuit in Spain, this was the last chance for teams to fine tune the new 800-spec bikes before the Winter testing ban came into effect on December 1st. Rossi had topped the time sheets for the first two days, but Pedrosa hit back on the final day to record a 1'39.910, two one-hundredths better than Rossi's best.

Suzuki continued the good form they had shown in earlier testing, Chris Vermeulen and John Hopkins recording the fourth and fifth-fastest times overall (1'40.766 and 1'41.049 respectively). These times were only fractionally behind Marco Melandri, who has shown an excellent adaptation to the new RC212V. Shinya Nakano, also on a Honda, recorded the sixth-fastest time - 1'41.142 - ahead of Colin Edwards.

Surprisingly, the Ducatis were off the pace. Alex Barros actually eclipsed the factory squad on his d'Antin Ducati with a 1'41.276, Loris Capirossi and Australia's Casey Stoner rounded out the top ten.

A no-show at the Jerez test was Garry McCoy, after the new Ilmor team chose Andrew Pitt and Jeremy McWilliams as their riders for 2007.

However,. . . McCoy may be called back to the squad for early 2007 testing, and possibly racing, after McWilliams crashed his 800cc machine heavily on the final day at Jerez.

The Northern Irish rider suffered a fracture of the left femur and right collarbone, in addition to serious injuries to the fingers of his left hand.

McWilliams was taken to hospital for surgery and his future with the Ilmor team was unclear at time of press.