At the Portuguese round of the Motul FIM Supersport World Championship, Oli Bayliss achieved the best result of his rookie World Supersport season at time of writing, with a sixth-place finish in Race 2 under challenging conditions. 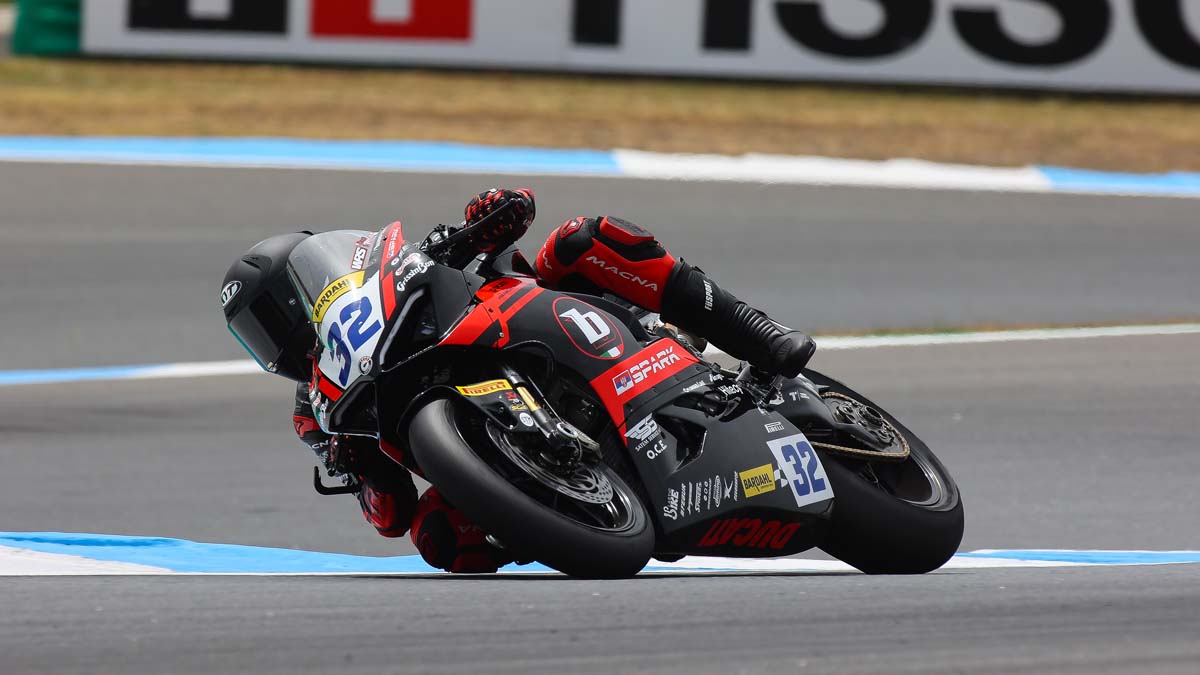 Riding a Ducati Panigale V2 for Barni Spark Racing Team, Bayliss’s best finish prior to this had been 11th at the Dutch round.

In the first of two races at Estoril on the weekend of 21-22 May, the 18-year-old finished in 12th place. Sunday’s second race was held after a heavy downpour, and while the track was mostly dry by the time the race got underway, light rain was falling – not enough for intermediates or wets, but enough to make slicks a gamble if the rain increased. 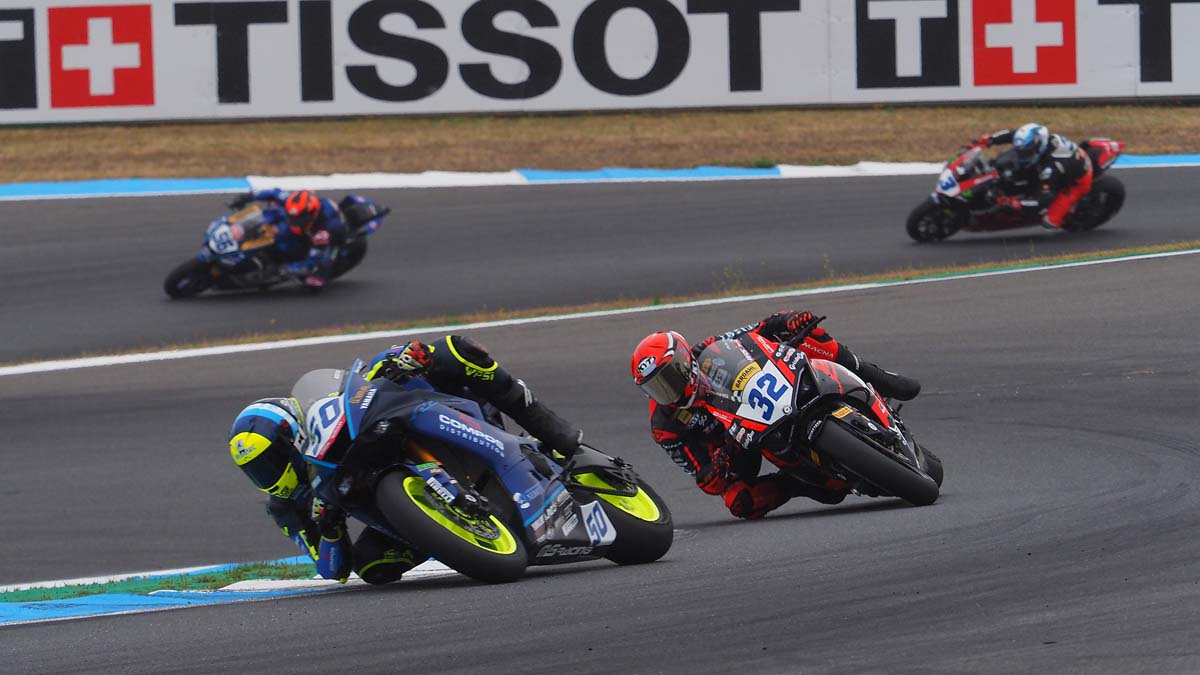 Starting from 17th on the grid, Bayliss was up to 13th at the end of the opening lap in the tricky conditions. Midway through the 18-lap race, the Aussie was in seventh and would later improve to fifth.

In the closing stages, positional changes reminiscent of a Moto3 race saw Bayliss ultimately finish in sixth, just a second away from the podium and the first Ducati home. 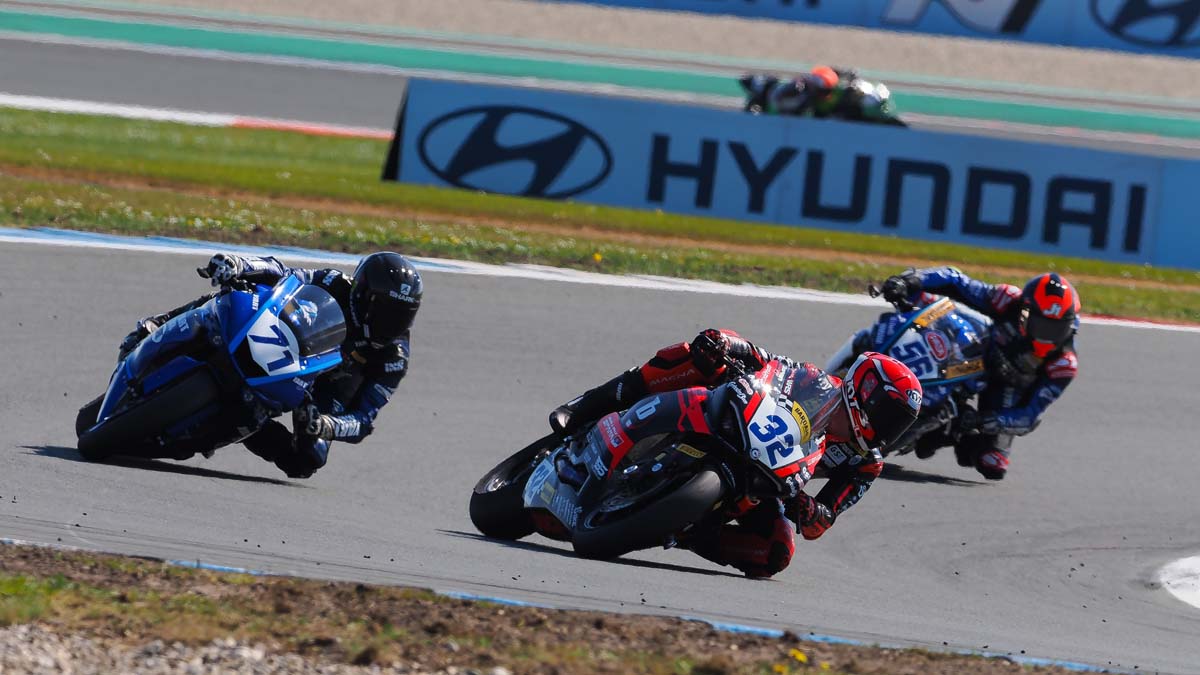 “I got a pretty good start and the lead group was four seconds ahead,” Bayliss recalled. “I realised I was catching them, so I put my head down.

“I ended up [in the leading pack] and as soon as I got there, I thought I could calm down a bit, but everyone started divebombing everyone. It definitely put the heart rate up a little bit!”

His first experience amongst the leading riders has given the son of three-time World Superbike Champion Troy Bayliss confidence for the rounds ahead.

“It felt great and it honestly felt normal once I got up there,” Bayliss added. “Hopefully, we can keep doing that. I know what I need to work on and the team knows what they need to work on.”