There were ominous signs for the rest of the Pro Open field at the season-opening Broadford round when Reardon finished half a lap clear of the second place getter in both motos. His cause was helped when 2006 Pro Open champion, No Fear Honda's Craig Anderson, fell heavily in moto 2.

Round two of the series in Penguin, TAS, suggested the season may turn into a Reardon whitewash, as the Queenslander again won comfortably, putting in quality, holeshot-to-finish rides in both motos. Reardon came back down to earth - literally - at the next round held at Queensland's Conondale circuit. A fall within the first 15 seconds of moto 1 - when he had accidentally shifted the bike into neutral - dropped Reardon to eleventh in the pack, but he had fought his way back up to third less than a lap later, before another spill finished his chances of a win that race. Moto 2 saw Reardon return to his expected form, dominating from start to finish.

The addition of Australia's best MX/SX export - Chad Reed - to round 4 at Raymond Terrace, NSW gave every rider a chance to judge their talents against one of the best in the business. As it turned out, only Reardon could offer any sort of challenge to the AMA champ. In one of the best races of the season, Reardon held a lead over Reed through the first half of moto 1, a task made all the more difficult by having to thread through lapped riders. Reed ended up taking the win by 8 seconds from Reardon, but the Queenslander certainly made him earn it. Moto 2 followed an almost identical pattern with Reardon leading the way early, only to be eclipsed by Reed at the finish. Despite being, by his own admission, not at his best for round 5 at Murray Bridge, Reardon still managed to easily account for both moto wins. The fact that the Queenslander had just returned from testing with a number of factory teams in the USA, may have partly explained his dissatisfaction with his performance. Toowoomba's Echo Valley hosted round 6, where Troy Carroll's local knowledge came to the fore, winning one moto and finishing runner up in the second. Muddy conditions were a challenge for all riders, and Reardon could only manage a best finish of fourth in both motos.

Round 7 at Mackay's super quick Gum Valley track was another procession for Reardon, winning both motos, despite arm pump problems that also affected a number of other riders. Team No Fear Honda's Cody Cooper stole the limelight at round 8, after Reardon came unstuck on the sandy Wonthaggi track in moto 1. CDR/Nokia Yamaha's Cheyne Boyd also benefited from Reardon's spill in moto 1 to take second. Moto 2 was a very different story, however, as a mistake-free Reardon led from start to finish.

With a healthy championship lead going into the penultimate round at Lake Macquarie in early August, Reardon could afford to be more tactical in his riding. With the spectre of injury ever present, having already claimed Anderson, Shift Motul Suzuki's Daryl Hurley and CDR/Nokia Yamaha's Matt Moss, riding smart was as important as fast riding. A pair of third place finishes were enough for Reardon to secure the 2007 Pro Open title, his first national outdoor championship. The final round at Coolum on August 12 was a formality, but Reardon was determined to finish the year on a high. Thwarted by goggle problems in moto 1 that saw him finish third, Reardon bolted away in the second moto to finish the season with another victory, capping off Kawasaki's best MX season in seven years.

In 2008, Daniel Reardon will be riding in the USA for the SoBe / No Fear / Samsung Honda squad in MX & SX Lites competition. 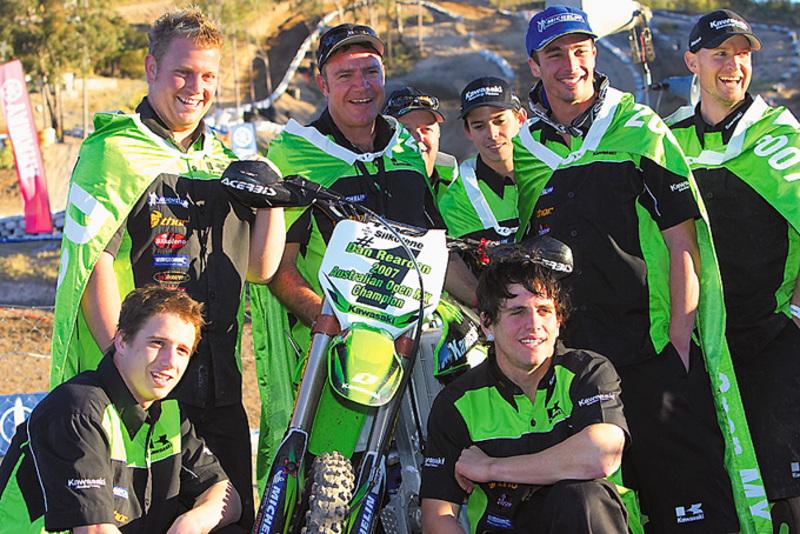 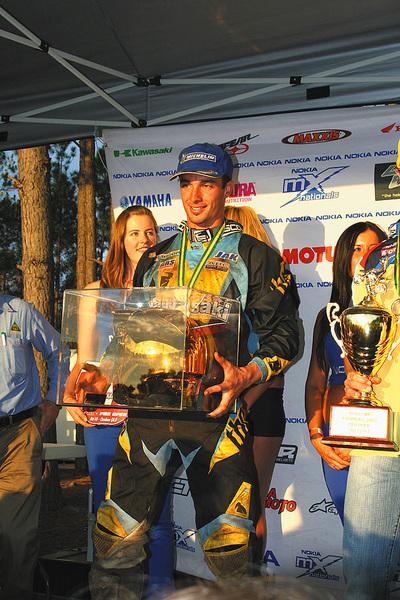