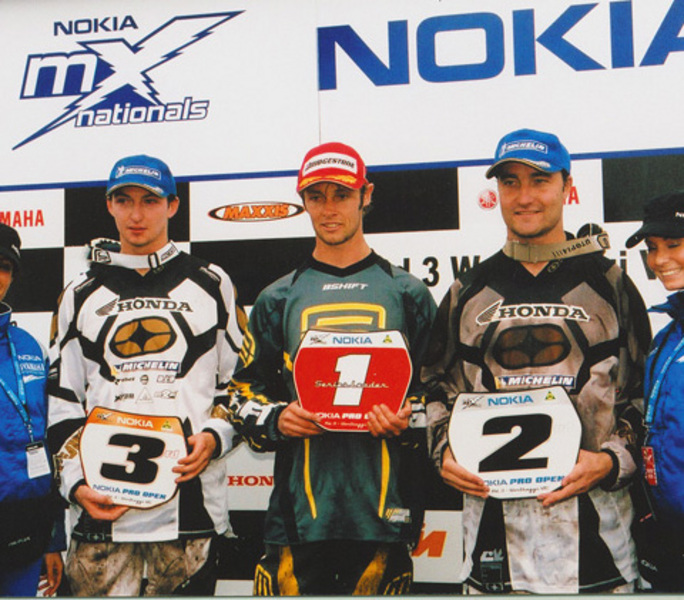 Round 3 at the heavily revamped Victorian circuit saw Mitch Hoad (Team Kawasaki) record the first double win of the year in the Pro Lites, while in the Pro Open Daryl Hurley (Shift Motul Suzuki) kept his title defence on track with a third and first place finish, the other Pro Open win going to Cody Cooper (No Fear Honda) in the Kiwi's best ride of the season so far.
All riders suffered to varying degrees from roost, several losing or shedding their goggles when they ran out of roll offs.

The Serco Yamaha squad had an interntaional flavour with the addition of US rider and Motocross Action (US) magazine correspondent, Denis Stapleton.
While Serco's #1 rider and defending Pro Lites champion Cam Taylor, qualified at the head of the field, Stapleton struggled in the loose conditions, finishing well down the order in qualifying and the two motos.
For moto 1 Hoad and Michael Addison (Belmont KTM) made an early breakaway, Troy Dorron (No Fear Honda) in close pursuit. As Addison fell away, Ryan Marmont (Motorex KTM) added himself to the mix, riding Dorron's back wheel late in the moto, before overhauling the Victorian veteran on the final lap to claim second place behind Hoad. Jake Moss (Serco Yamaha), Bronte Holland (KTM Electric) and Kade Mosig (Full Throttle Sports Honda) having their own battle behind for the non-podium places.

For moto 2, Hoad's victory was all the more emphatic, finishing over 12 seconds clear of Taylor, Marmont securing the final podium spot. Marmont's consistency moves him further ahead of Dorron in the championship chase, while Hoad's twin wins sees him rocket from ninth to fourth in the championship.

PRO OPEN
With the rain increasing and the track chopping up, the Pro Open riders faced an extra challenge as the gloom of the late afternoon made picking lines in the dark soil increasingly difficult.
Daniel Reardon (Team Kawasaki) was the star of Pro Open qualifying, but couldn't translate that into a great start in moto one, as Craig Anderson (No Fear Honda), Cooper, Hurley, Matt Moss (CDR/Nokia/Yamaha) and Daniel McCoy (Motorex KTM) led the field away.

Cooper worked his way to the front after two laps and from there was never really headed, Anderson the closest competition. A bad set up choice for the conditions saw Hurley finish third, 16 seconds adrift of Cooper. Reardon finished fourth, pushed all the way by Darryll King, the margin less than half a second at the chequered flag. King's CDR teammate Cheyne Boyd was well back in sixth, finishing just ahead of Luke Burkhart (Shift Motul Suzuki).
With a revised set-up for moto two, Hurley was much more comfortable, despite a brilliant holeshot start from Darryll King. Both Anderson and Hurley would pass King early in the moto before Hurley overtook the Honda rider on lap 12 and held the lead to the finish.

Cooper lost his goggles early in the moto, copping a face - and eyes - full of roost with each passing attempt. Anderson couldn't close the gap on Hurley, the Kiwi riding away to an 11 second win, while the final podium slot turned into a battle of the King brothers, Kawasaki-mounted Shayne prevailing from the injured Daryll after the former finished 10th in moto one.
Cooper prevailed to finish fifth ahead of Boyd, Reardon and Craig Carmichael (Seven M2 racing Honda).
Former junior star, Ford Dale, subbed for the injured Troy Carroll in the CDR/Nokia/Yamaha squad, coming away with respectable 11th & 16th place finishes, despite a bad highside crash in moto two. 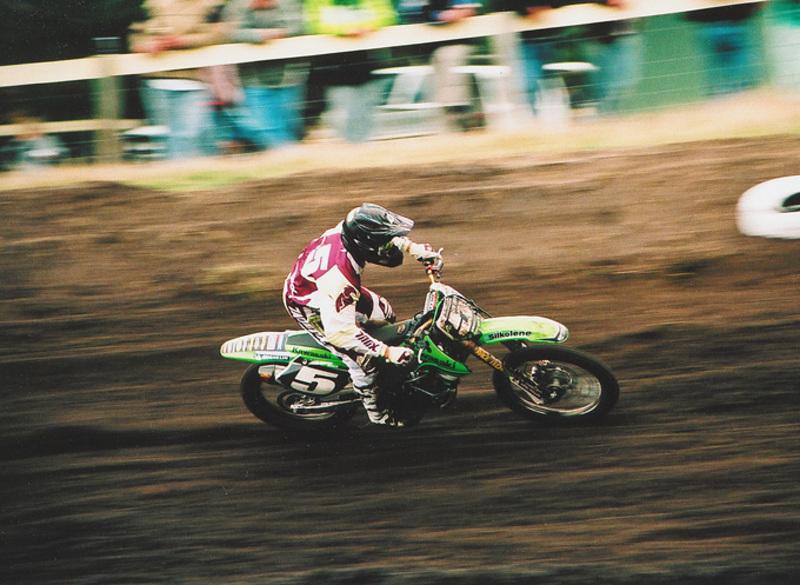 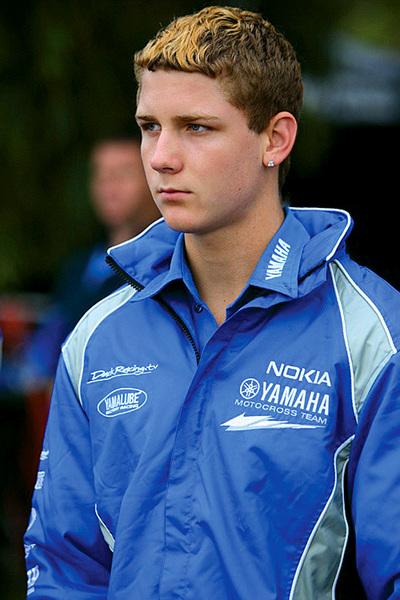 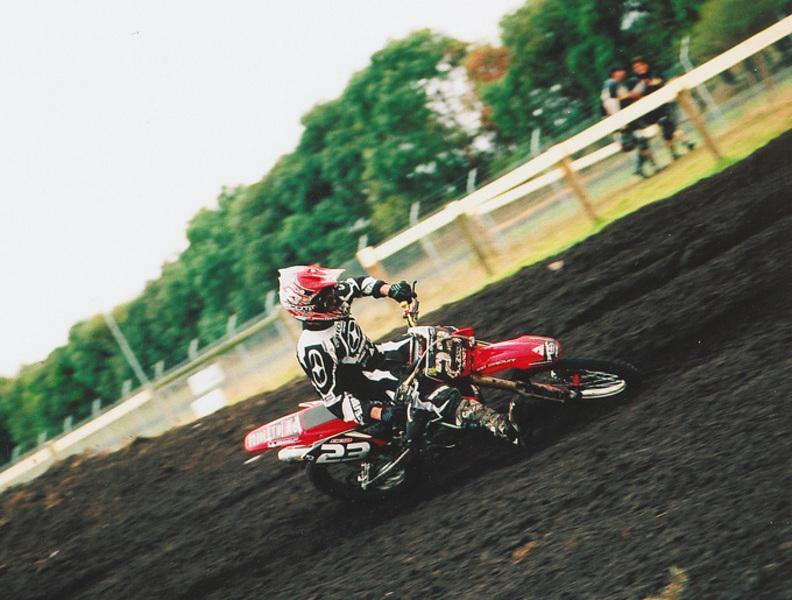 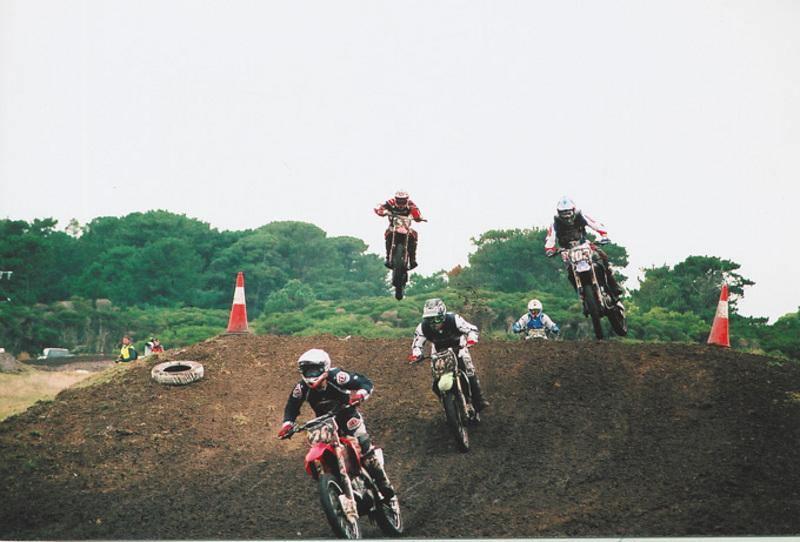