New CEO and new CTO appointed in next phase of revitalization of famous British motorcycle brand.

More than a year after they bought Norton Motorcycles, TVS Motor Company has announced two senior management appointments in the next phase of their revitalisation of the famous British motorcycle brand. 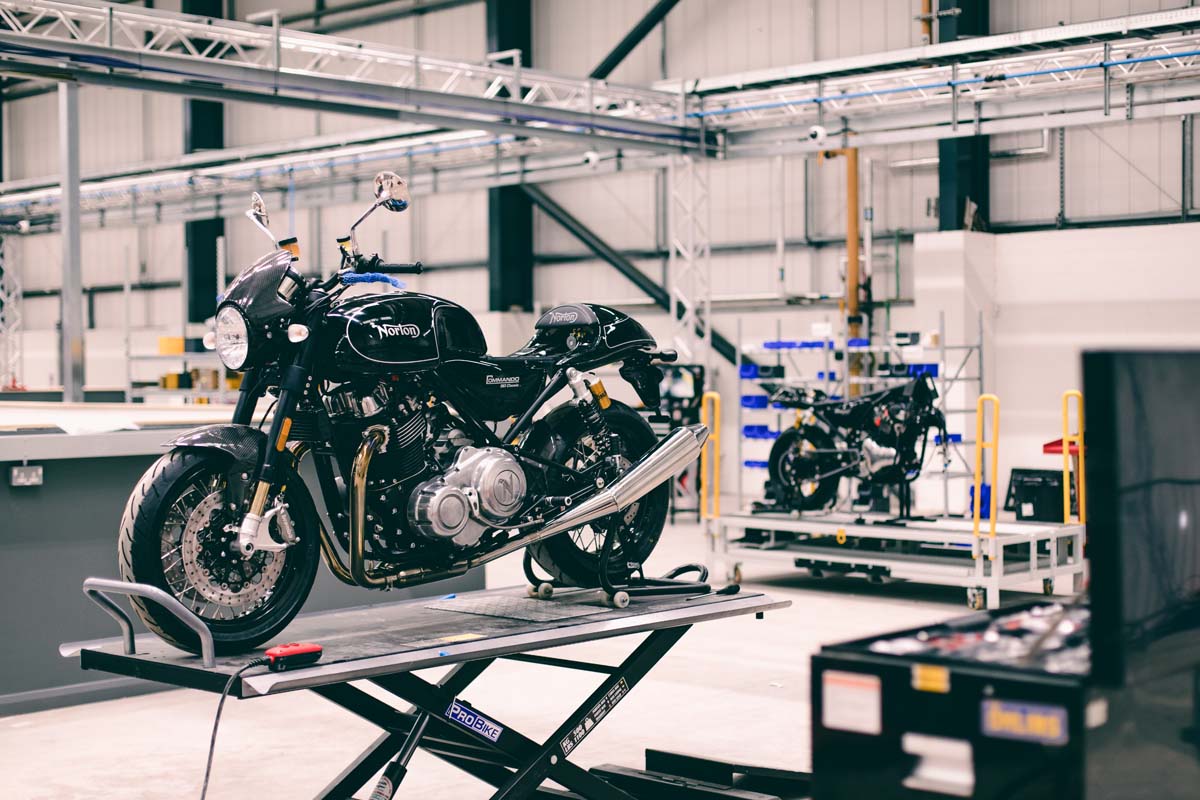 On 13 May, Dr. Robert Hentschel was appointed as CEO, replacing Interim CEO John Russell, while Vittorio Urciuoli has been appointed to a newly-created Chief Technical Officer (CTO) position.

On 13 May, Dr. Robert Hentschel was appointed as CEO, replacing Interim CEO John Russell, while Vittorio Urciuoli has been appointed to a newly-created Chief Technical Officer (CTO) position.

Hentschel comes to Norton from Valmet Automotive Holding GmbH & Co KG and was previously Director of Lotus Engineering. Urcioli's past roles include Director of URVI Ltd and Head of Powertrain at Lotus Cars. He was also previously a Project Leader at Ferrari and Aprilia Racing.

According to Sudarshan Venu, Joint Managing Director of TVS Motor, both appointments are key to Norton’s revival: “TVS has created a plan for Norton to transform into the future. As part of this, we are excited to welcome a new management team, led by Robert, to lead this next phase of the journey. (Robert’s) passion for customers, brands and the future of mobility will be of immense value to Norton.

“Vittorio has a tremendous commitment and track record of creating world class products, which is key to the future of the brand. Both of them are strong engineers with pedigree on the world stage.”

In response to his new appointment, Hentschel said: “It is an honour to take over the stewardship of Norton at this exciting time in the company’s remarkable 123-year history. To help restore such an iconic and much-loved marque to its rightful place on the global stage is a once-in-a-lifetime career opportunity.”

Urciuoli added: “The Norton name has such a special place in the heart of every motorcycle enthusiast around the globe. It’s every engineer’s dream to work for a company of such rich heritage. Now though, our sights are set firmly on the future. With the backing of TVS and the opening of the new state-of-the-art manufacturing process, everything is in place to take Norton to the next stage."

Since acquiring Norton in April, 2020, TVS Motor Company has committed to keeping production in Britain (now at a new factory in Solihull), combining traditional hand-crafted techniques with modern day machinery and technology.