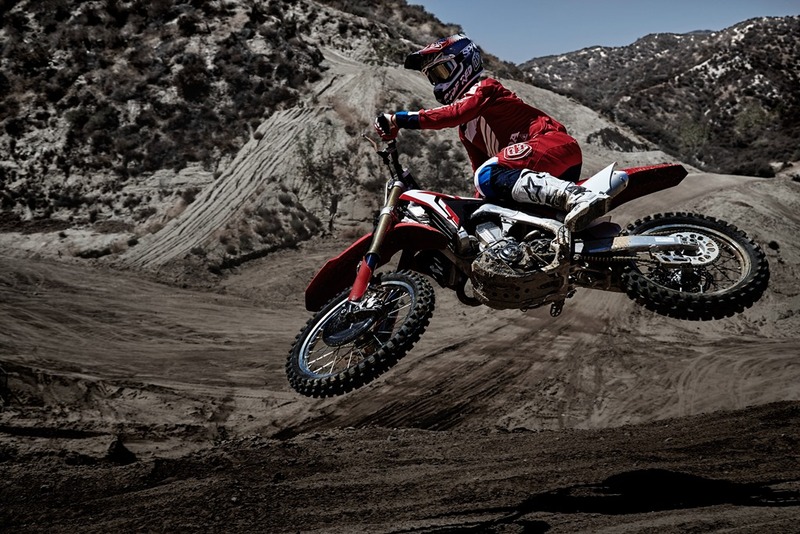 After making do with mild upgrades for the past few years, the first all-new Honda CRF450R in almost a decade has been revealed, with changes from nose to tail and the promise of 'Absolute Holeshot' performance.

Talking about the new design, Honda's project leader for the MY17 CRF 450R, Mr. M. Uchiyama said: "Nothing has been overlooked and we have been relentless in our effort to provide customers with a machine that's ahead of the pack."

The first 'ground up' design for a CRF 450R since 2009, Honda claims the MY17 model is stronger, lighter, sharper and faster.

While there have been changes to the frame, plastics, suspension and other areas, the major change is with the engine.

The 450R's 449cc single has been worked over from top to bottom, with Honda claiming the engine delivers 11 per cent more overall power than the current model. This gain has been achieved, primarily, through new roller rocker arms for better valve lift, and a straighter inlet port for improved flow to the combustion chamber.

Compression ratio has increased from 12.5:1 to 13.5:1, which Honda says improves power across the rev range, except off idle. The new set-up also claims to improve torque delivery through the rev range.

The changes equate to a 0-10 metre time (from stationary) of 1.53 seconds, compared to 1.62 for the existing CRF 450R. That's not much at first glance, but in a moto, those .09 seconds can mean the difference between a holeshot and mid-pack start.

While Honda persists with the twin exhaust outlets for the 450R, the silencers are now more compact and closer to the bike's centre of gravity.

While the seventh-generation frame looks the same, it's all-new, with revised geometry that places both engine and fuel tank lower in the chassis. This, Honda claims, improves load on the rear tyre for better traction, while also reducing front-end lift.

The frame is slightly lighter, while the subframe is a full 20 per cent lighter than the MY16 version, thanks to a new extrusion moulding process. Wheelbase is also 12mm shorter on the MY17 version.

Finally, further weight reduction has been achieved through the adoption of a titanium fuel tank, replacing the current plastic tank.

The weight savings achieved in the frame are almost entirely negated by the reversion to a full USD spring front suspension from Showa, so overall kerb weight remains unchanged at 110.6kg.

Developed with input from Honda's MXGP and AMA race teams, the Showa front forks are claimed to be race-spec out of the crate.

The rear retains its Showa monoshock, but is a new type in a Prolink system.

For the first time, the CRF 450R will be available with an electric start, but this is an extra-cost option and not standard fitment like it is on some other MXers.

Bodywork is more compact, while the plastics are claimed to be more aerodynamically efficient, with 'film insert' graphics that last longer and resist damage.

The 2017 Honda CRF 450R is due for local release this November. Pricing, full specs and details on options (including the electric start) will be revealed closer to the actual release date.

Ahead of the release, updates can be found at the dedicated website: hondacrf.com.au. 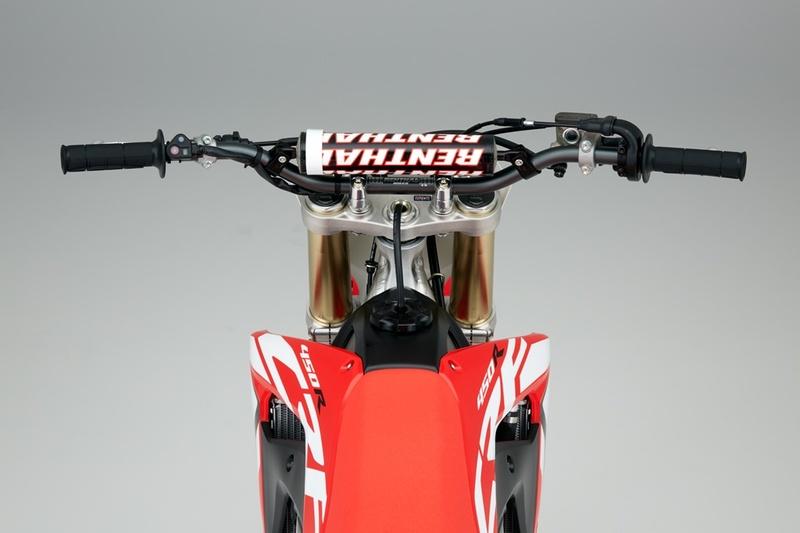 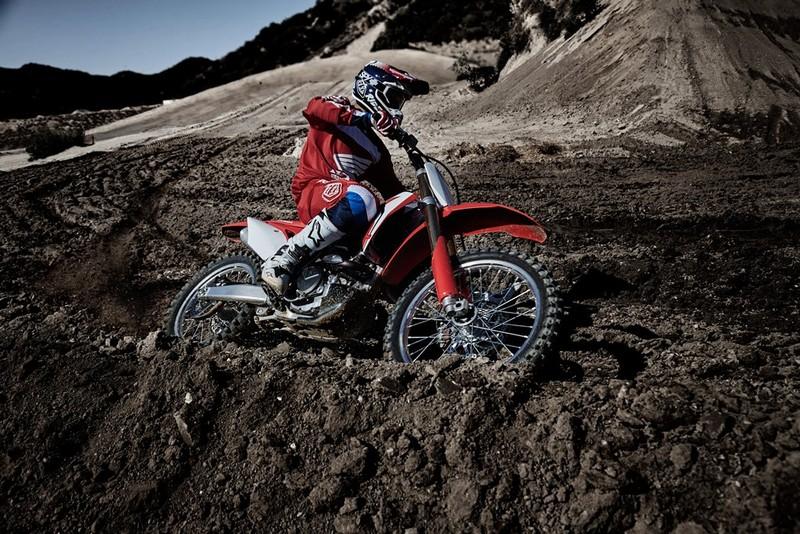 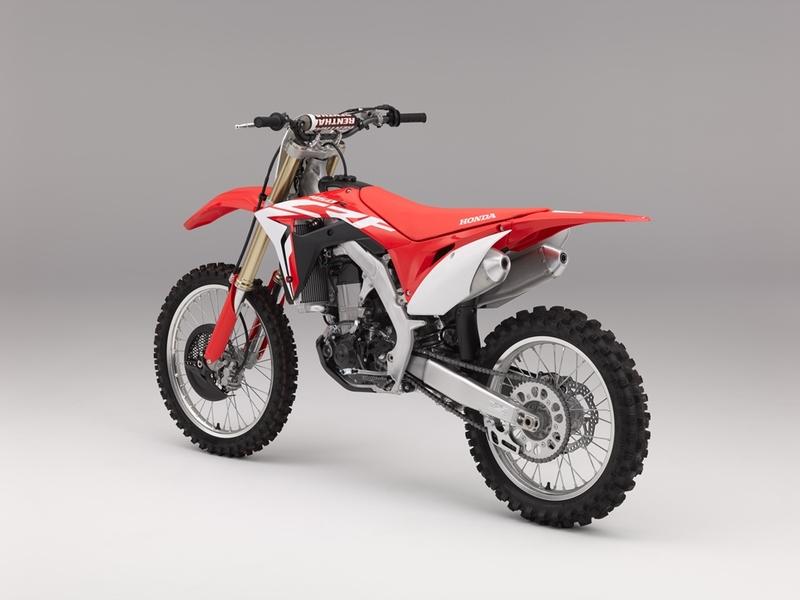 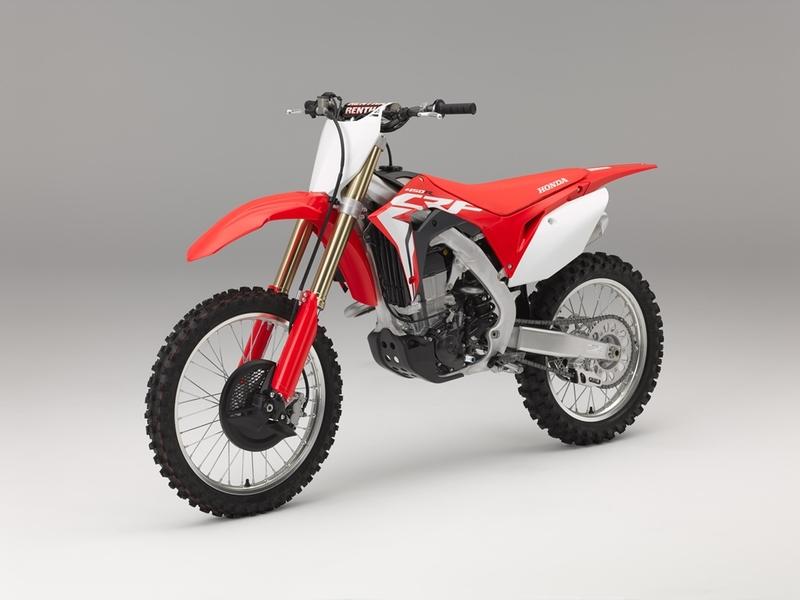 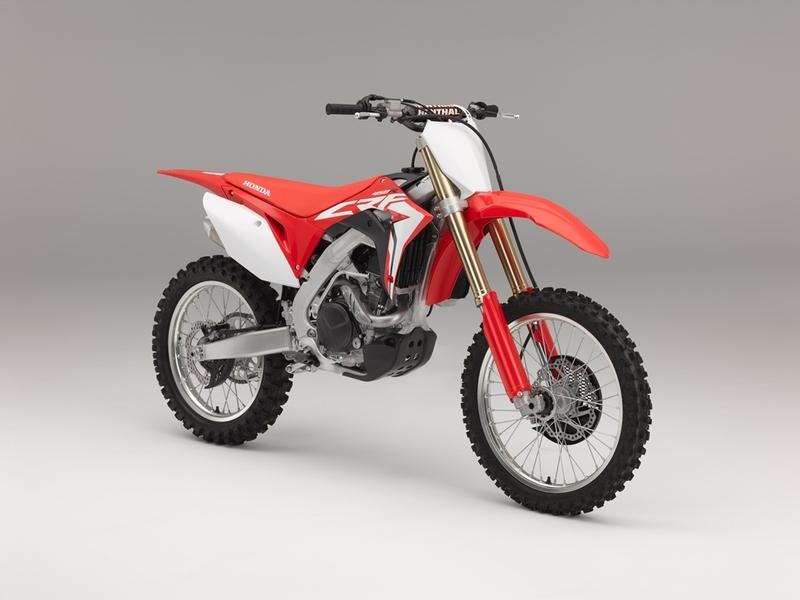 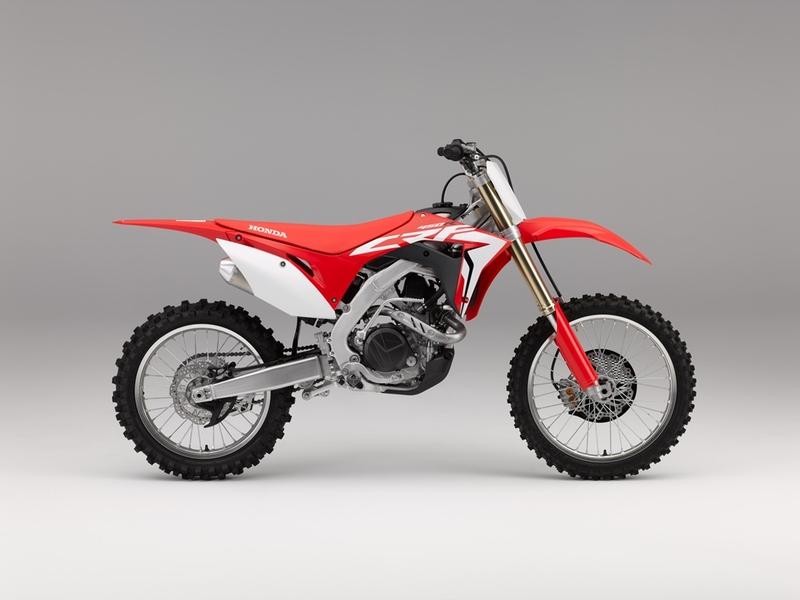 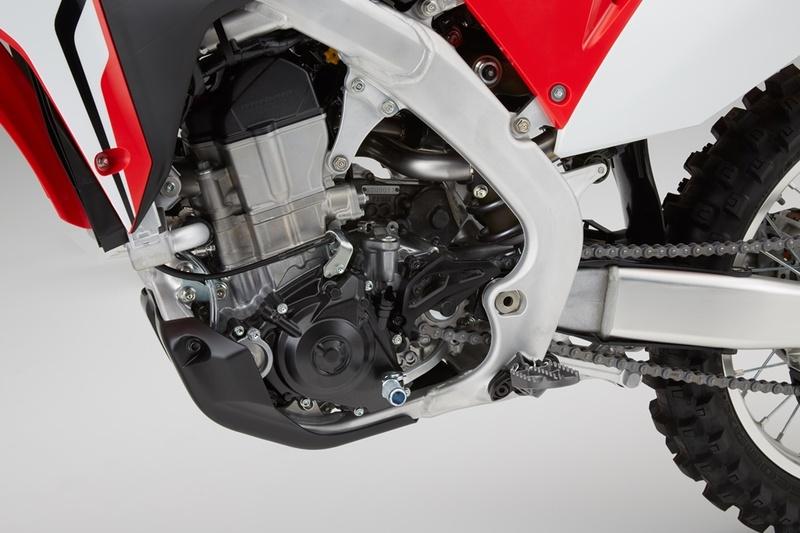